The market opened with a gap down today but managed to creep back higher in the late morning and early afternoon. At the time of this writing we are trading relatively flat on the day from Friday's close however we are still under the 2917 high which is keeping the most immediate downside setup alive. Aside from that there really is very little material change today in what has been a very slow da overall. As far as support goes I am still watching the 2890 level on the SPX followed by the 2883 level. A move through those two levels opens the door for this to have formed a top with further confirmation coming with a break of the 2865-2846 levels. Of course, if we have indeed topped in the larger degree wave (B) this initial wave structure down off of the highs should ideally begin with a five wave move. So will be keeping a close on both the support levels noted as well as the structure of the move down off of the highs. Alternatively, a sustained break back up over the 2917 level would open the door up to seeing this follow-through under the yellow path. This yellow path could see the market move higher into the later part of the spring prior to seeing a significant top, holding that 2917 level, however, keeps the most immediate downside setup in place. 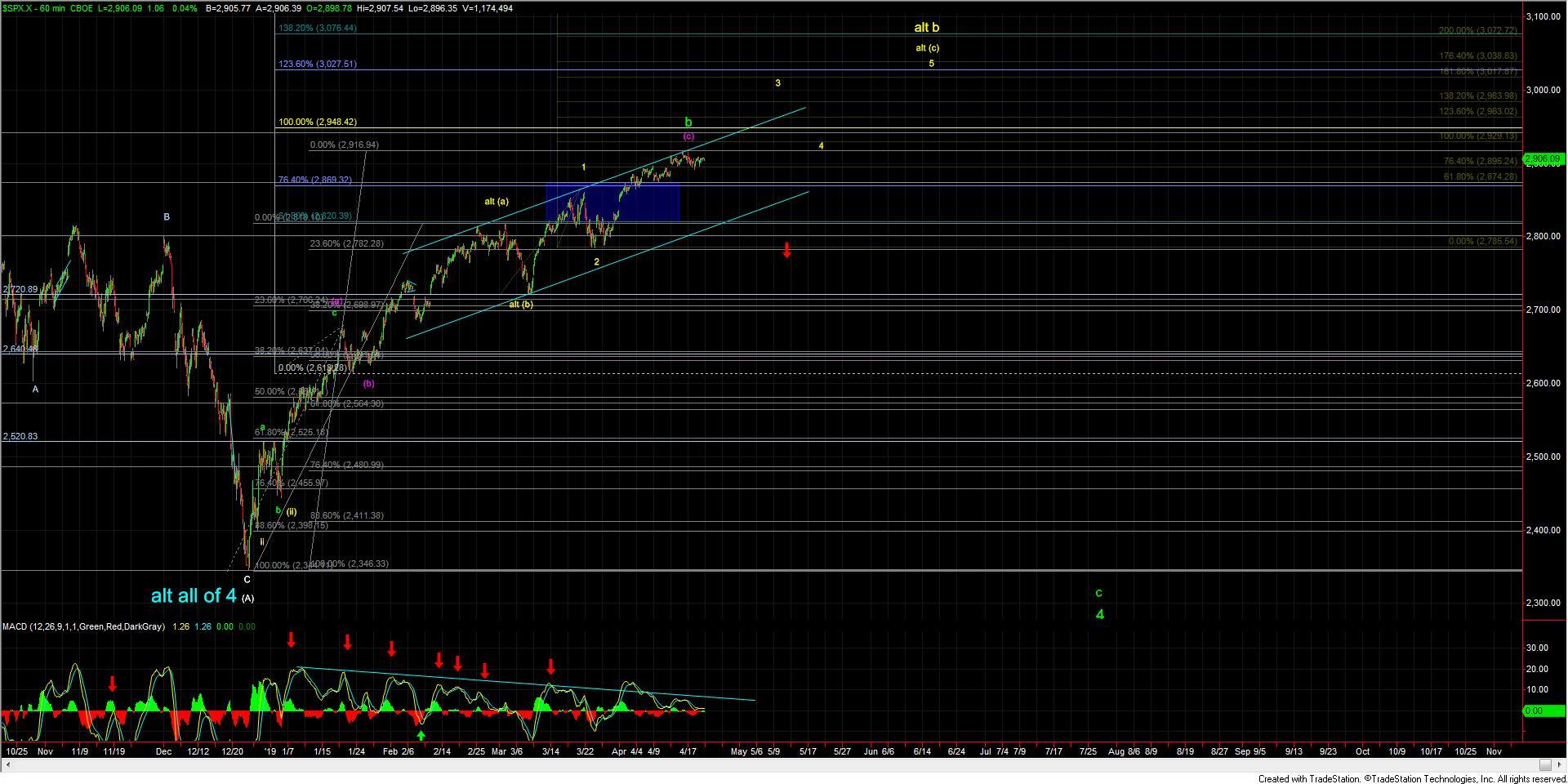 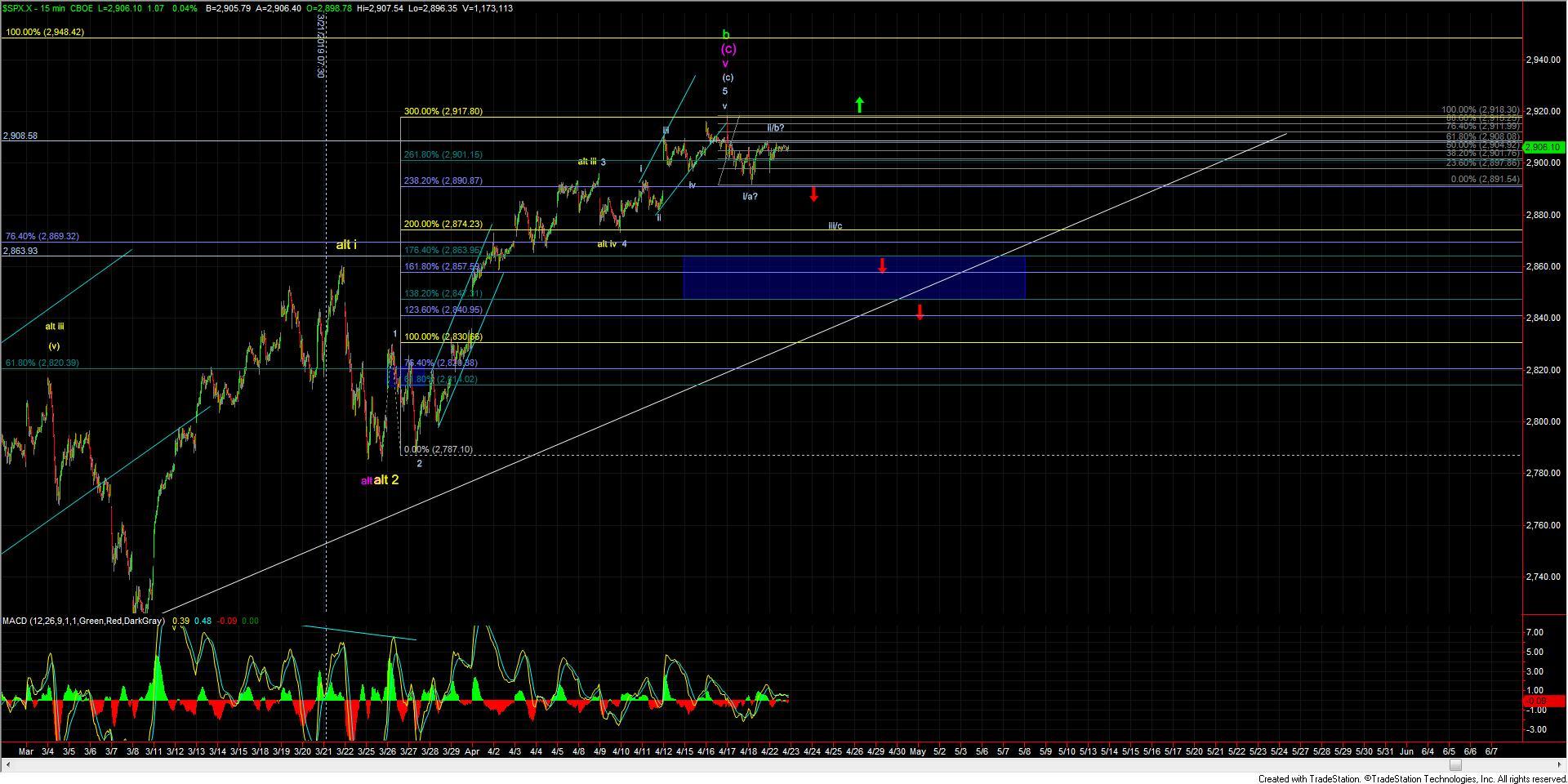 SPX 15m
Michael Golembesky is a senior analyst at ElliottWaveTrader covering US Indices, the US Dollar, and the VIX. He contributes frequently to Avi's Market Alerts service at EWT while also hosting his own VIX Trading service.