This will be posted as a public article:

I think this market has been providing many investors with whipsaw and head aches, which has also caused much head scratching.  (And, yes, that little itch may be telling you something).

In my last article, when I was suggesting the bond market was topping out, and I was looking for at least a pullback to the 137-140 region, these were some of the comments I was getting in the comment section:

“The only reason I don’t think it will top just yet is the fed is going to keep lowering rates. I think a catalyst like a China deal is needed.”

“I seriously doubt that it will go lower than 147.”

“Avi, as much as I enjoy your prognostications and believe your thoughts are well structured and researched, you are entirely wrong here.”

“I don't agree that TLT is topping however. Would you rather own American TBonds or any other bonds in the world? Dollar just keeps getting stronger and stronger.”

“I don't see much likelihood of the treasury bond market topping out with the Fed now on a course of cutting rates and with the entire world at much lower yields than the US.”

And, the last two comments were provided to us by fellow contributors.  But, this one is my favorite:

So, I guess I am kinda like Joe Pesci to some people: 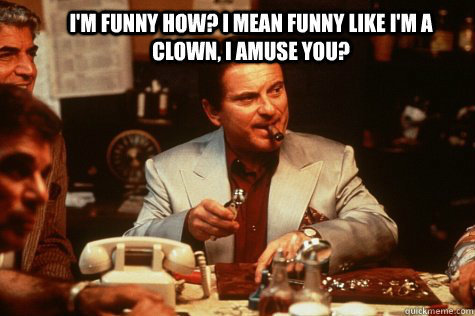 To add to the confusion, I added in the comment section that I also see the dollar dropping alongside the TLT, and one of the other contributors further responded to me with disbelief:

Well, this is why I always say you must analyze each chart on its own.  And, as I also say so many times, there is no methodology of which I know that can provide the context that we get from Elliott Wave analysis.   I mean, how else would you expect the TLT and the dollar to drop at the same time when it is so contrary to the common understanding of how markets work?

For those of you that have been unfamiliar with my analysis in TLT through the years, I am going to repost the summary:

“Those that have followed my bond analysis since November have made quite a bit of money. While the stock market is basically in the same place it was back in the early fall of 2018 when we went long bonds, TLT has rallied from our entry in the 112/113 region in TLT to a high of almost 149.

Let me take a moment to recap my recent history and perspective on bonds. For those that followed our work over the years, you would know that we called for a top to the bond market on June 27, 2016, with the market striking its highs within a week of our call. Right after that top call, TLT dropped 22%, until we saw the bottoming structure develop in late 2018.

So, in November of 2018, I noted to my subscribers that I was going long TLT just as it broke below the 113 level. At the time, many were telling me that I was crazy to go long bonds, as the Fed was still raising rates. The main reason many thought I was crazy was that “you cannot fight the Fed.”

Well, in my case, I recognized that the Fed cannot fight the market. And, the market was suggesting to me that it was bottoming out and about to turn up quite strongly. In fact, back in the fall of 2018, we set our minimum target for this rally at the 135/136 region. As the market rally developed in structure, we began to look towards the 139/140 region. And, when the market struck the 140 region, I took my profits on the longs we entered at 112/113.

Now, at the time I took my profits, I noted to our subscribers that I was not shorting the bond market. Rather, I made it clear that the rally I had wanted to see back in the fall of 2018 has now completed the segment for which I was quite confident. And, while I was not confident in any further gains, I certainly did not think the market was ripe for shorting.”

As the market now approaches our target pullback region, I am going to be alert for a potential set up that will tell me we are bottoming into our target.  Moreover, if we can develop an impulsive structure off this support region, then I will be targeting the 151+ region next before a much larger degree top is struck.  And, should we break down below this support before we see that bottoming structure develop, then the potential increases that a major top has been struck in bonds.   I am going to remain flexible at this time, and will listen to the messages presented to us by Mr. Market.