Also, I want to restate something I said earlier today . . ideally, I would like to see a positive divergent bottom as we saw on the MACD in early February to mark the low to this wave ii.

In the SPX, until be break below 2072, the (1)(2) potential is still very much in play.  However, should we see a break of 2072, then it does open the door to the bigger b-wave potential I have been so reluctant to take off the charts until we see a confirmed break out.

For now, I will be watching the 122.37-122.85 region on the IWM.  If we are able to develop a 5 wave structure through that region, we could signal that a bottom is in place.  But, I still think we will need at least one more 4-5 before this bottoming is done. 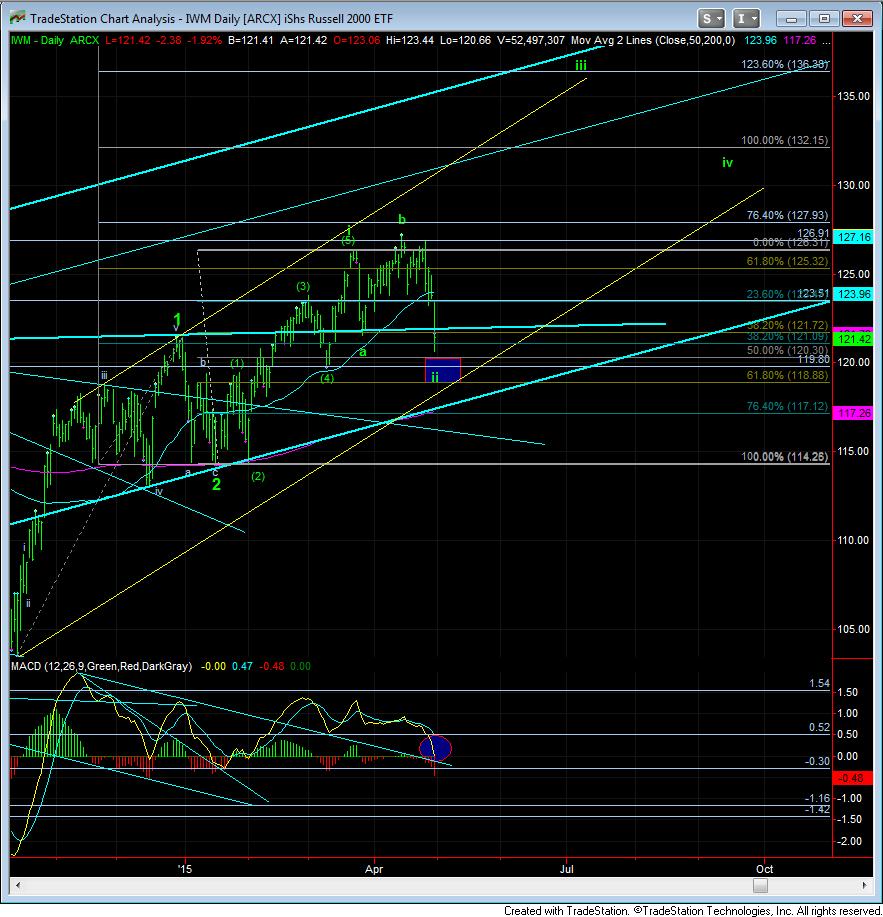 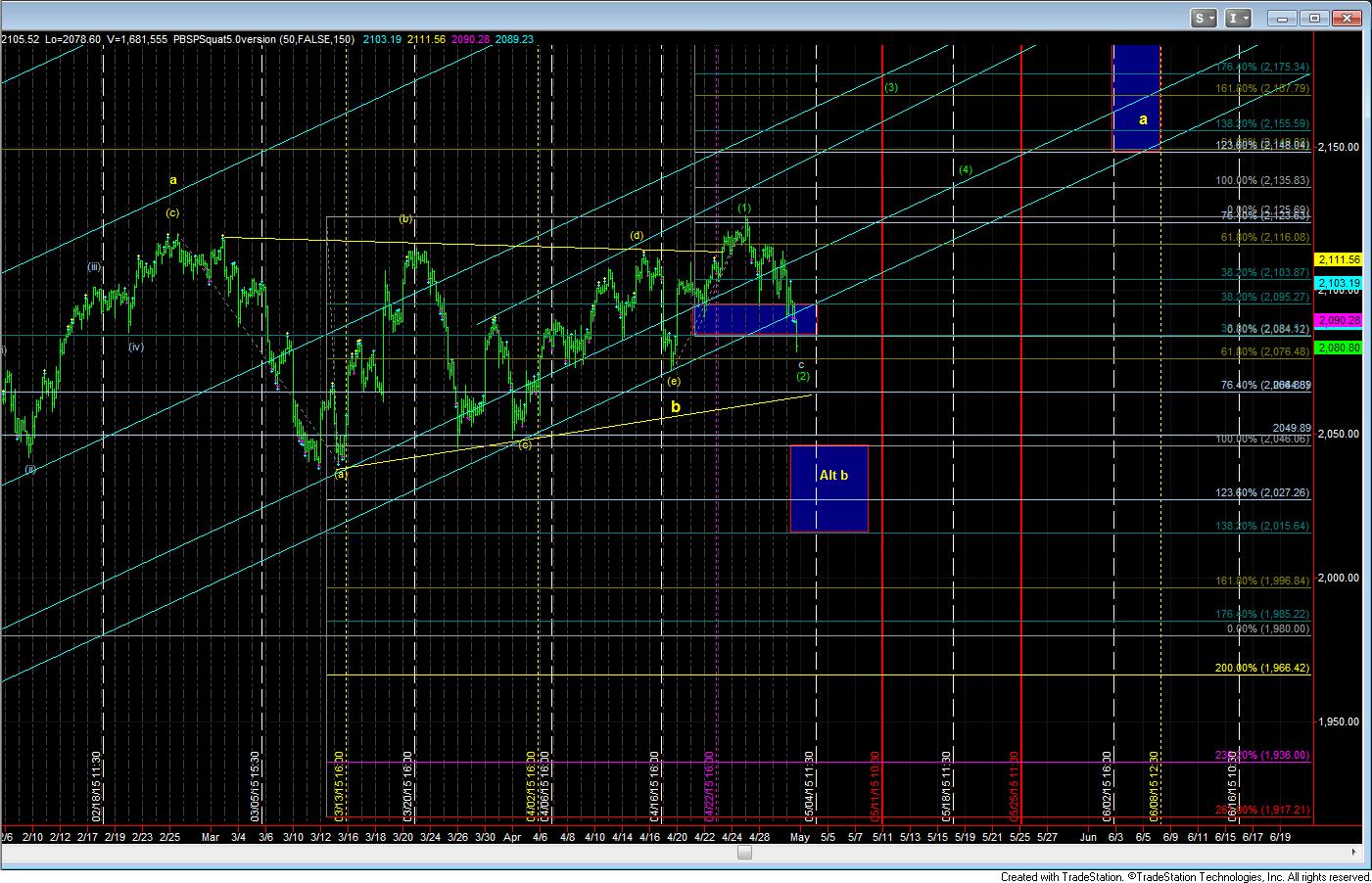