We opened flat today in what had been a very choppy and sloppy grind higher off of the lows. During this grind up we had been noting that the market was showing negative divergence on multiple timeframes as well as an overlapping and sloppy pattern up off of the lows. This was suggestive to us that the market would see a pullback and a local top before seeing a sustained breakout higher. Today the market saw a fairly sharp drop and break down below the first confirmation level that I had noted in last night's update thus giving us the initial signal that we have indeed topped. The question we have at hand now is whether that top was all of the wave 1 which we are labeling in green or simply the top of a wave iii making this retrace part of a wave iv still needing a higher high to finish off the wave 1.

Under the green count, we should be following a corrective move lower in the form of an ABC down off of the highs. We are now trading low enough for it to be reasonable to expect a bounce in that b wave from around this region. Unde that case we would be looking for a corrective move higher that should hold under the 4017 level and then turn back lower to give us the wave c of 2 down into the support zone. That zone currently comes in at the 3920-3922 zone which represents the 38.2%-76.4% retracement of the entire move up off of the lows. From a bigger-picture perspective as long as that zone holds then the market is still setup to push higher into the first half of this year.

Under the blue count we can make the case that this retrace is only a wave iv of the larger wave 1 up off of the lows. Under that case, we could see this bottom from around current levels and make a higher high under which case I would count that high as a wave v of 1. Based on what I am seeing on other charts I am viewing this as an alternate scenario and do think that it is more likely we will see the deeper retace for the wave 2 before breaking out to new highs however given the complexity of diagonal patterns I have to keep this possibility on the charts for the time being and should we breakout to new highs will adopt this as the primary count.

Finally the purple count is still on the board for the time being however the move down off of the highs is so far only three waves which is making this path less likely at the moment. Should we develop a full five down off of the highs then it would opened the door to this purple wave b top being in place but for now I am certialy leaning towards this retrace simply being a pullback in the green wave 2.

As I noted yesterday the equity markets are still poised to move higher in the first part of this year with a pullback being the first step in giving us the pattern that we need to establish that trend. Today's move lower is a good first step but we still have some work to do before the pattern is fully resolved. So while things are so far following the expected path we need to remain on our toes and diligent as we move into the week ahead. 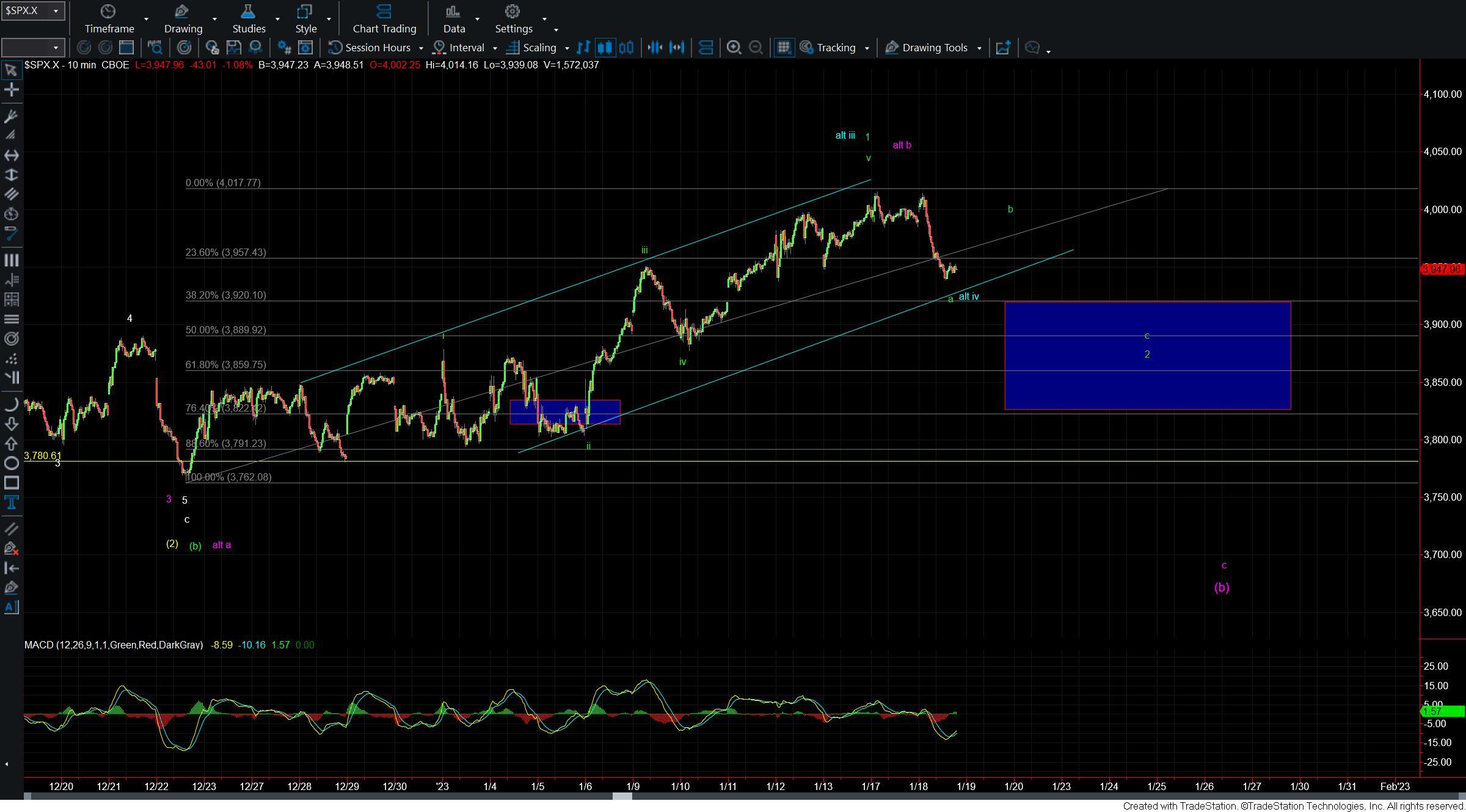 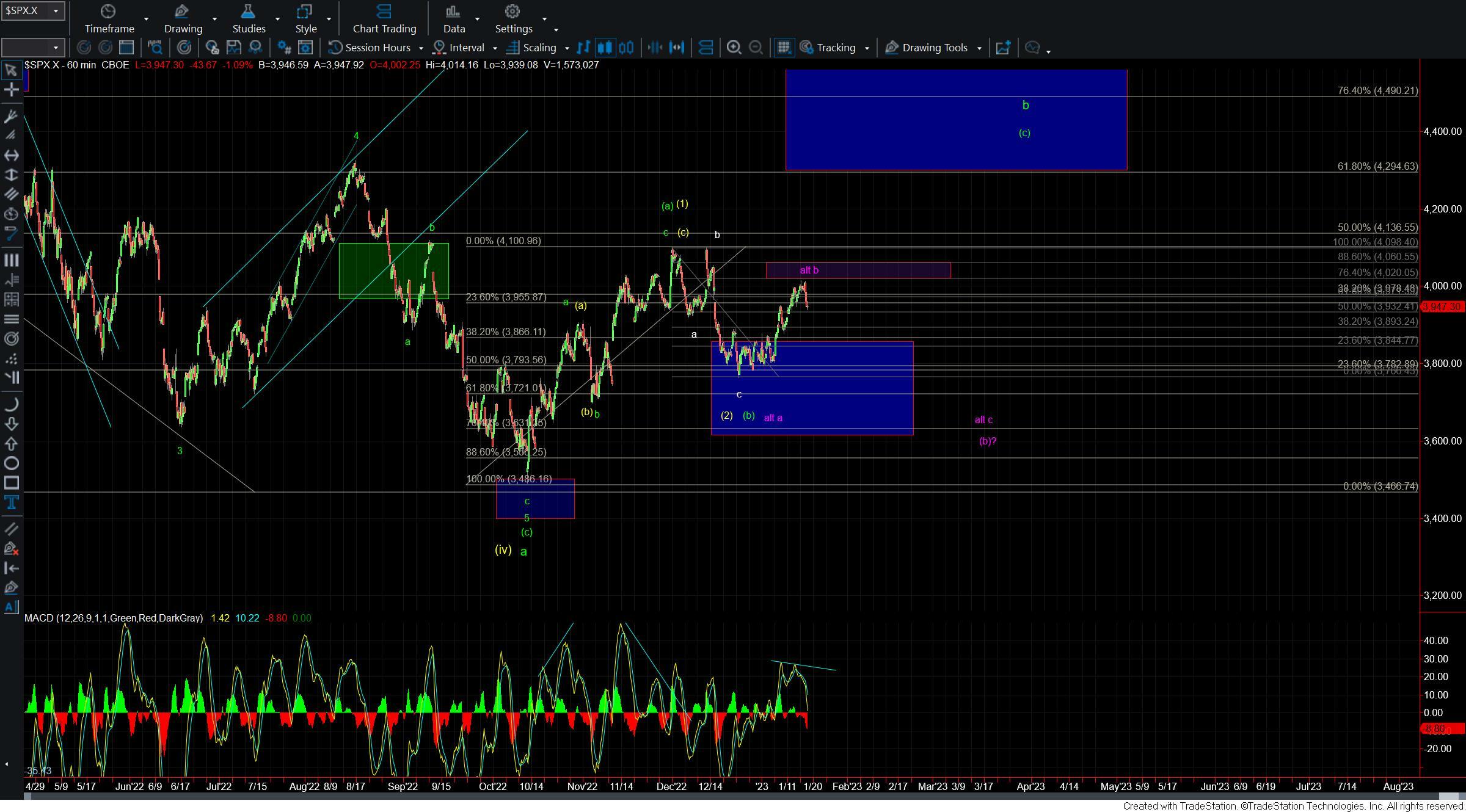