As I noted last night, unless the market can break some initial supports, we have a pattern in place which can validate the green count, and take us to 2328SPX sooner rather than later.  Again, the technicals are not wholly supportive of this potential, but the market has to take out support to validate the weakening technicals.

This morning, before the market opened, I sent an alert out which noted the following:

I think today is going to be a very important day in the green count.  Follow through should have us seeing another 15+ point rally if the green count is the operative count.

And, the market provided that rally off the morning support today.  However, today we struck that important 2117SPX level.  That is really the upside I was willing to accept for the yellow count.  So, the question now is if the market is going to turn down tomorrow to invalidate the green count.  That I simply cannot know until I see a break down below 2109 with follow through below 2102SPX.  Such a break down would suggest that the green count was not going to play out, and we will be watching how the market drops to have a better idea as to whether the yellow count or even the red count is in play.

I have been getting a lot of questions about the red count and when I can really take it off the table.  Without seeing a true a-b-c structure in the wave IV of primary wave 3, I have to keep it on the chart for now as a possibility.  However, as I have noted time and again, I am unable to suggest anyone consider trading it  - once we broke out over 2047SPX – unless we begin to break support impulsively.

And, even though it may surprise you, assuming we “break out” in the green count up to 2140 this week, that would be the maximum I would accept as a b-wave.  In fact, from there, if the market were to pullback correctively (as should in the green (iii) (iv) count as shown on the 60 minute and 5 minute charts, and then move through 2140, that is the final indication that the market is heading to 2328, our next higher larger degree Fibonacci extension target for wave V of primary wave 3.

But, believe it or not, the market can still break down from even that high in an expanded b-wave count, which is why I am still keeping it as an “alternative” to the green count should we confirm the green count this week.  I am trying to be as transparent as possible and give you my thought process well ahead of the market action.  So, please understand that this is still an “alternative” if we see the break out this week, but none that I would suggest anyone trade until a break down is seen.

But, I want to remind you again, the market must hold over 2109, to keep the pressure up.  A break of 2109SPX, with follow through below 2102SPX are the first signals we have that the green could will be taken off the table. 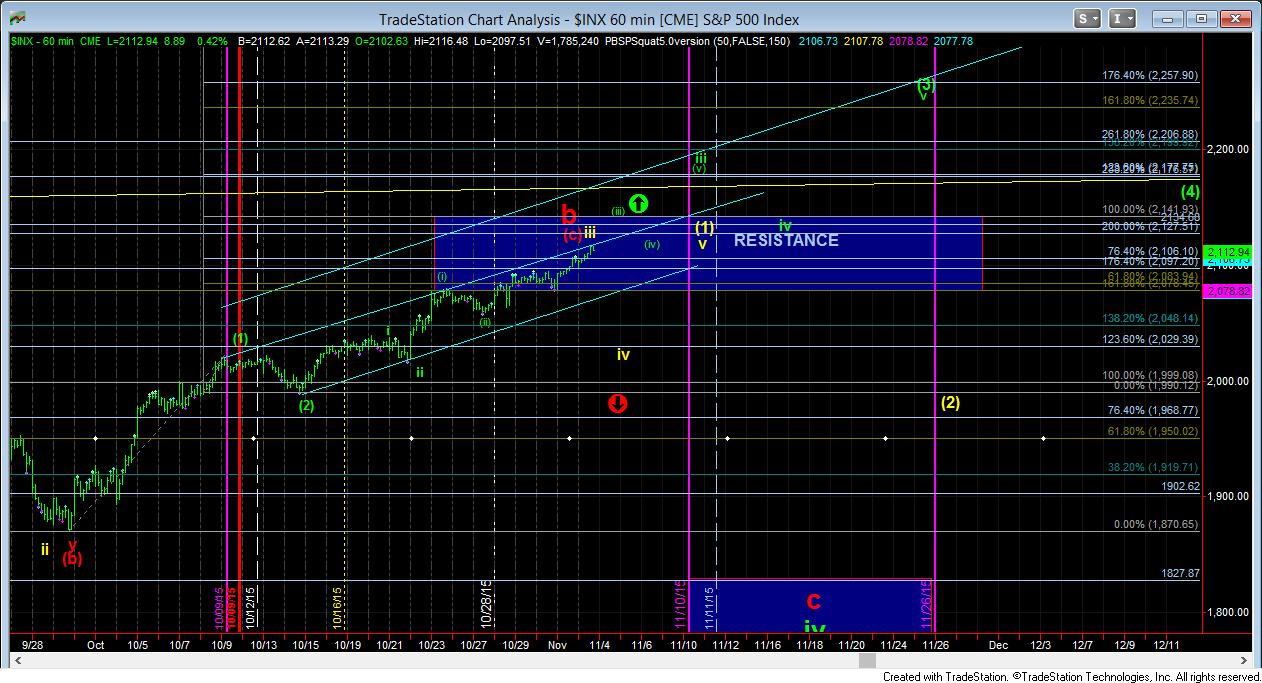 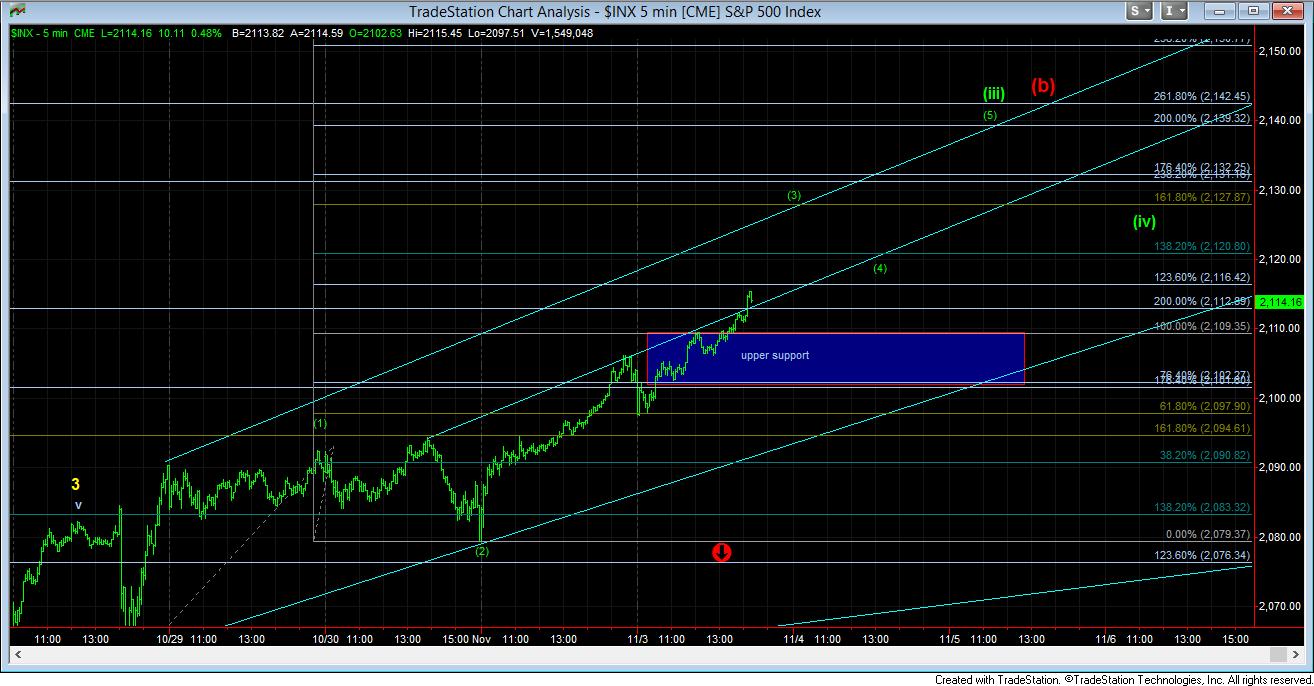