Today, the market opened slightly higher than last week but subsequently turned down in the morning session. Despite the recent upward movement, the overall pattern and analysis has not changed significantly since the analysis provided on Thursday. A pullback is still expected before a strong breakout higher occurs, as indicated by the pattern off of the lows and the negative divergence on multiple timeframes.

Under the green count, it is ideal for the market to hold below 4060 and turn lower as a top in wave 1. The top will be confirmed with a break below 3948, followed by a break below the 3934-3822 zone. If the market falls below these levels, it will likely be in the wave 2 retrace and support can be found in the 3917-3856 zone. A move higher is still expected as part of the larger wave 3 as long as support is maintained.

If the market falls below 3815 upon a pullback, it may indicate that it has peaked in purple wave b and a wave c of (b) down is needed. However, this scenario would require an initial five-wave move down to provide us with initial confirmation that we may be following this path. As long as support is held during pullbacks, the larger degree bullish count will remain valid.

I still see a direct breakout scenario more probable on the Nasdaq charts, but less likely on the SPX charts. If this scenario occurs, the market would be in a series of nested 1-2s as part of wave (iii) of iii. A breakout above 4060 would make this scenario more likely but I am still viewing this as an alternate path at this point in time and I would need to see this proven before I can accept this as the operative count.

Overall, a pullback is still what I expect to establish a longer-term and tradable bottom. The equity markets are still poised to move higher in the first part of this year, but the market's direction should be confirmed in the weeks ahead as the pattern becomes more reliable and resolves itself with a pullback. 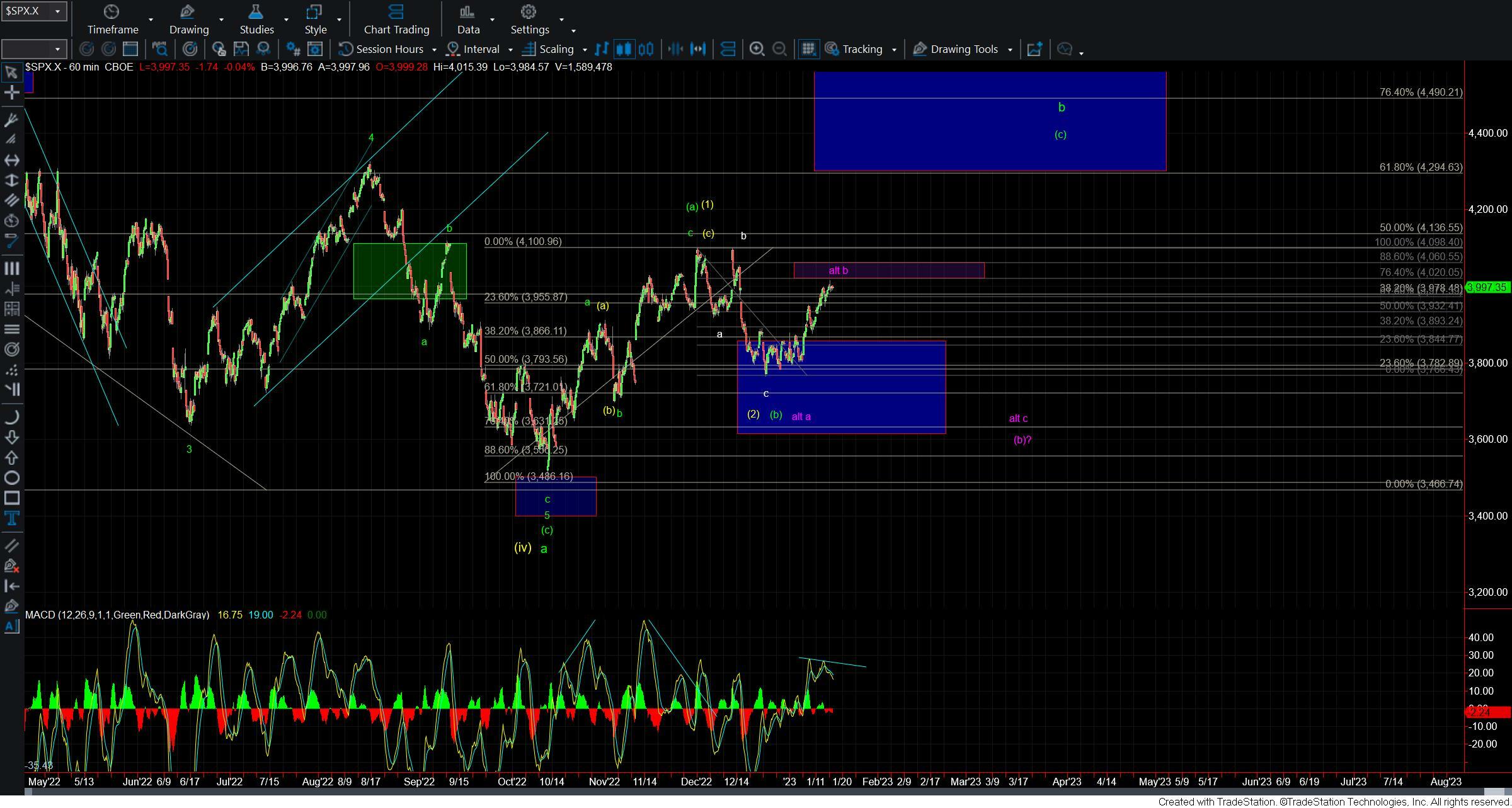 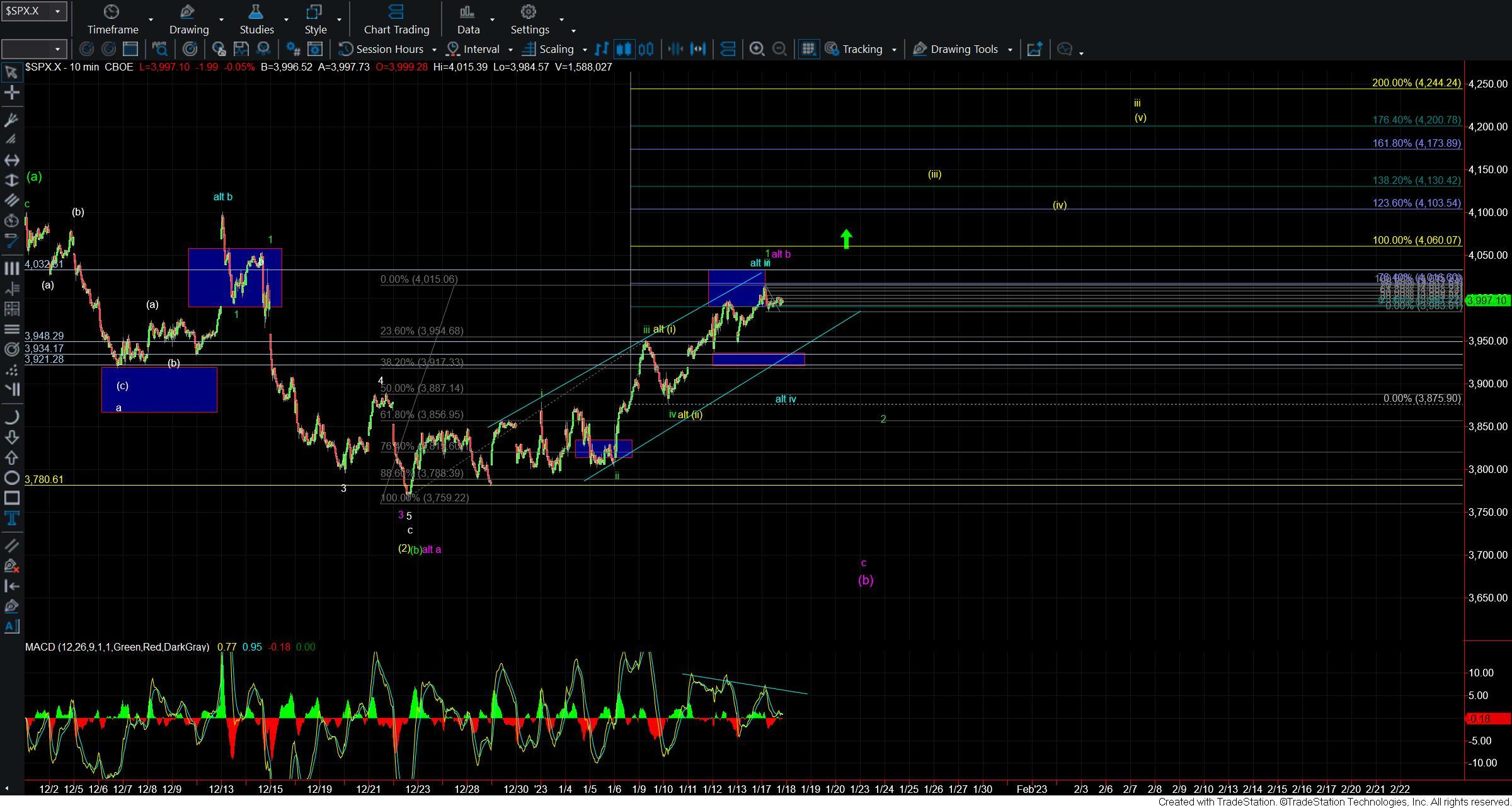 SPX 10m
Michael Golembesky is a senior analyst at ElliottWaveTrader covering US Indices, the US Dollar, and the VIX. He contributes frequently to Avi's Market Alerts service at EWT while also hosting his own VIX Trading service.