Today we saw the market move initially lower at the open only to push back up to new highs in the late morning and afternoon session. Now while this push higher moved beyond the expectations for the top of the smaller degree wave b within the wave (iv) of our diagonal we are still well within the topping region for the wave v of 1 as previously laid out per the green count. With this continued grind higher I do think that it is likely that we are already in the wave v of 1 however with the bottom of the wave iv having been struck at the 3875 level below. So while this does seem to be a bit of a relentless grind higher, it really does not change the overall perspective in that we should still see a pullback prior to this seeing a direct breakout higher in either the wave 3 or C.

Under the green count ideally we should hold under the 4060 level and see a turn back lower as a top in the wave 1. Initial confirmation of the top will come with a break under the 3934 level followed by a break under the 3921 level. Moving below those levels should put us in the wave 2 retrace at which point we can watch for support in the 3908-3815 zone below. As long as we hold over that zone then I will still be looking for a move higher as part of the larger wave 3 into the early part of this year.

Should we break under 3815 upon a pullback then it would open the door for this to still have topped in the purple wave b thus still needing the wave c of (b) down. We would however need the initial move down off of the highs to start with a five-wave move. So as long as we hold support upon any pullbacks then the larger degree bullish count will remain valid and the primary path forward into the New Year.

I do also want to address the potential direct breakout scenario as I have been asked about it several times today and I do see that potential as more probable on the Nasdaq charts. On the SPX charts, I think the odds of a direct breakout without seeing the wave 2 pullback are not terribly probable but it is not completely out of the question. Under that scenario, I would count us in a series of nested 1-2s up off of the lows as shown in yellow with this being part of a wave (iii) of iii. We would need to see a break out over the 4060 level to make this path more likely and unless and until that occurs I will view it as a less likely outcome as there are several issues with the structure and the fibs.

So as I noted above while this grind may seem a bit relentless the overall perspective really has not changed much. I think it is still likely that we should see a pullback in the week ahead which should set up a longer-term and tradable bottom. That bottom could have us looking higher in the first part of this year in the equity markets but for now, I will remain patient and wait for the market to tip its hand and present us with a more reliable pattern to work with. 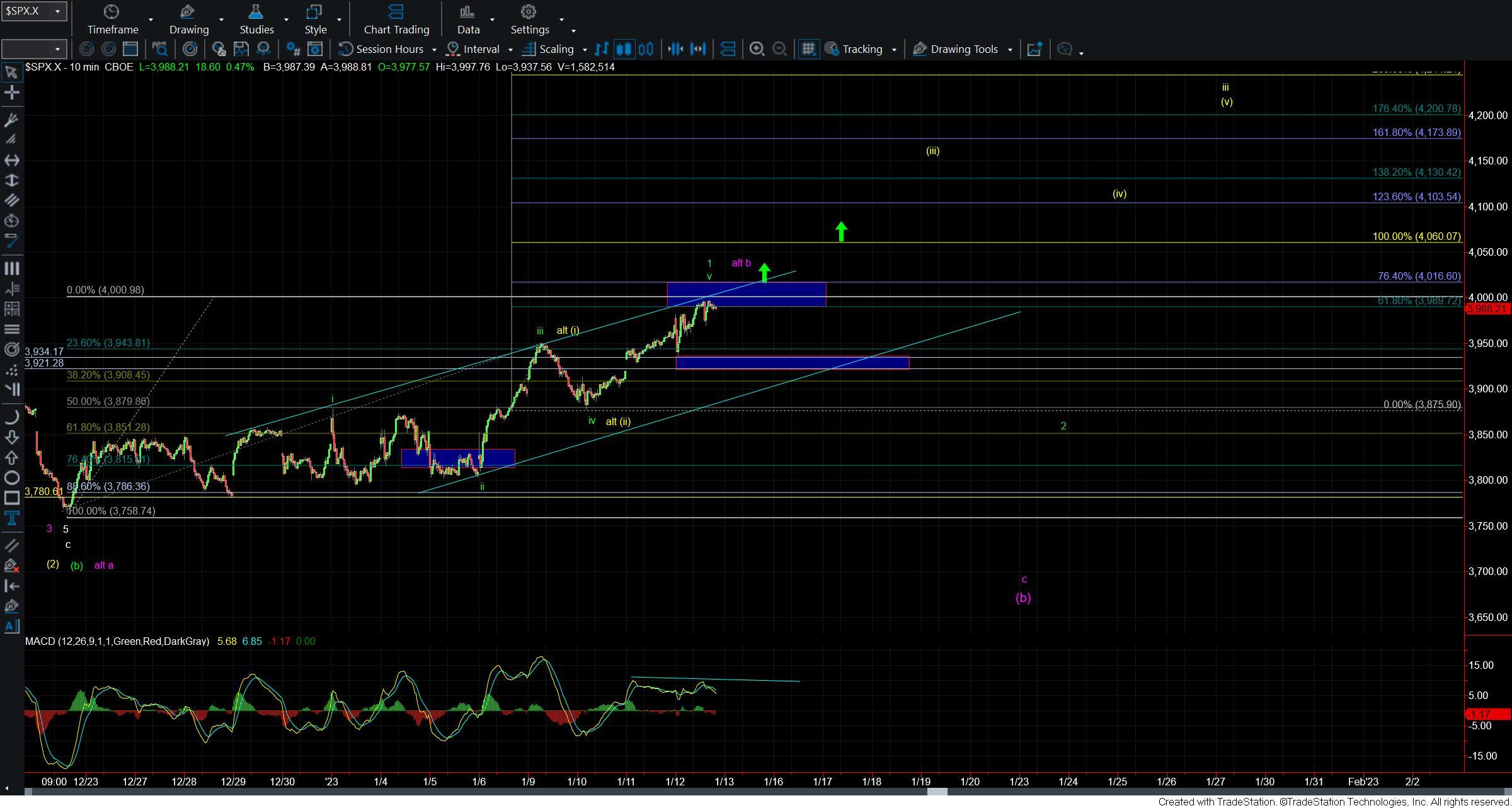 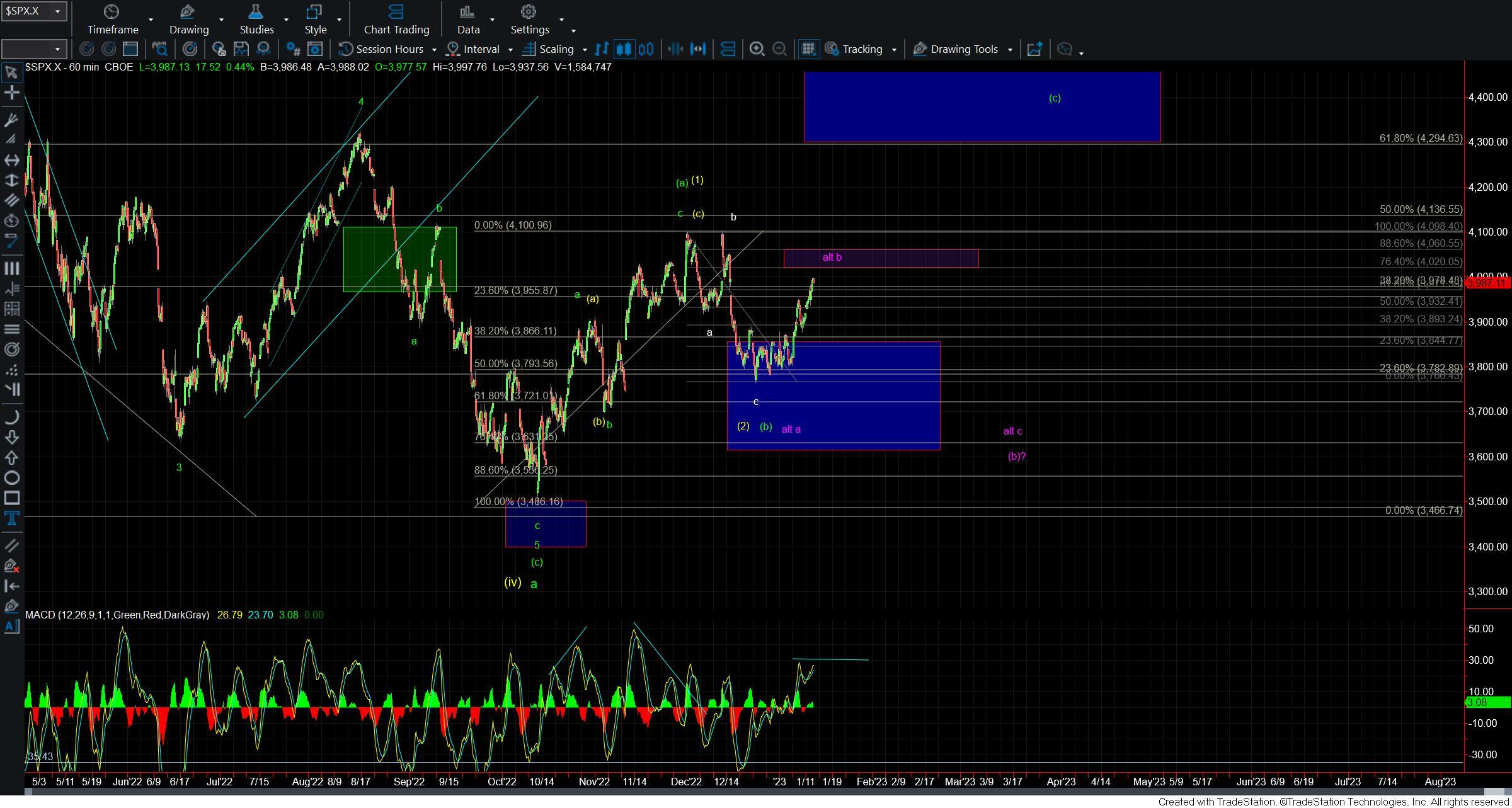