With the markets not following through on the weakness exhibited in the final hours of 2017, it has provided no indication that a pullback has begun.

From a micro standpoint, I outlined today’s move early in the day in the 5-minute ES chart, pointing to a pullback expected from the 2689ES region, which was suggesting we will test micro support from that level.  The market held its micro support, and continued to rally higher.  This still leaves the door wide open to a higher high in the coming week.  It will take a break of the micro-support now noted on the attached 5-minute ES chart, which has been adjusted higher, to even begin to consider a larger degree corrective pullback is underway.

As far as the XLF is concerned, it has held its highs of last week, and provide some stark weakness today.  But, it has still not broken below its support of 27.63 to provide an initial signal that its wave 4 is in progress.

Lastly, the IWM still remains in limbo as it has not broken its minimal support of 152 just yet.

In summary, the market has left the door open to push higher in the SPX, and until it breaks some minimal support, that is the perspective we must take especially in a strong bull market.  But, once some support begins to break, then I will be looking towards a re-test of the 2545-65SPX as our larger degree first step for 2018. 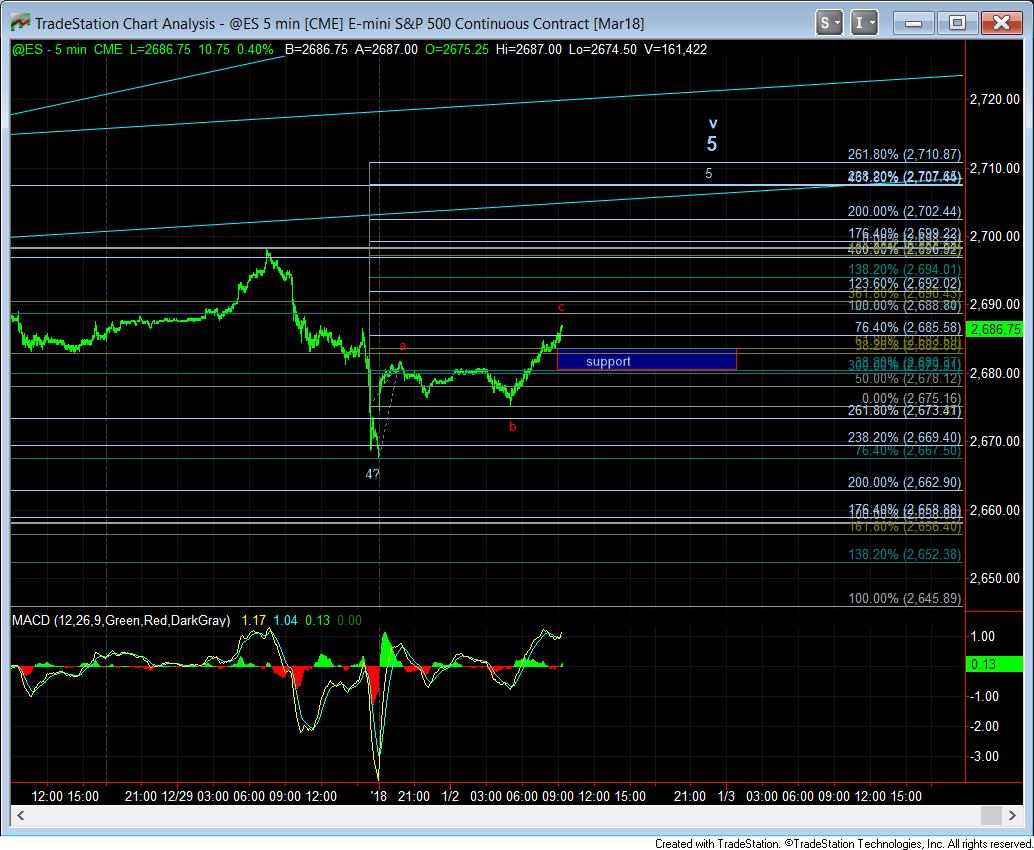 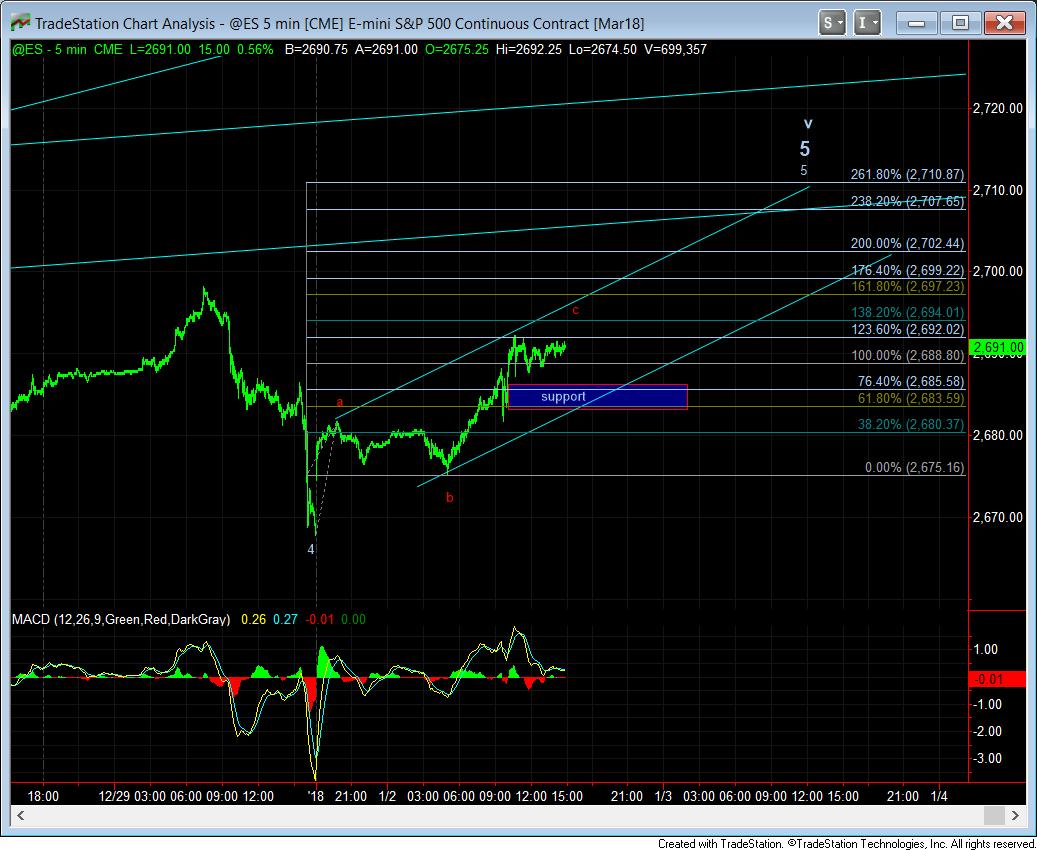