When I said over the weekend that I did not think the decline was done, I did not expect us to be breaking the 2700SPX region just yet.  But, Mr. Market clearly had other ideas.

When markets provide extensions that are so ridiculously strong that we have to consider them statistical anomalies, as in the run we go almost to 2900SPX, it is not so unusual to see it move back in the other direction even stronger.

To answer the question many of you have on your minds, no, the bull market has not likely ended.  The market simply provided us with the symmetry we often see, with a powerful move down to match the powerful move we saw on the way up.  But, this still falls in line with our overall expectations in the larger degree.  So, as I posted today, please zoom out and review the monthly chart to see that nothing has changed.  As you can see, we are simply coming down to the wave (4) target region we expected to hit once wave (3) confirmed it was completed.

And, by the way, this is the main reason I did not want to have anything to do with the long side unless the market proved a 1-2, i-ii structure on the way up.  My preference has been and still remains to look for buying opportunities as we see this wave (4) move into completion.

So, as long as we hold the 2400SPX region, my expectation is that we will develop another rally phase into the end of 2018, which will likely point to at least the 3011 region, and potentially up towards the 3223SPX region.  It would be from that region I am going to expect a 15-20% correction which seems to be lining up with the 2019 calendar year, with the remaining part of this year completing wave (5) of v of 3.

With regard to the IWM,  the .382 retracement, which is the most common target for wave (4), resides just over the 140 region.  So, I view the IWM in a similar fashion as being in an a-wave within wave (4).

Once we have a confirmed bottom for this a-wave, then we can put more definitive targets on a b-wave rally.  So, as I noted over the weekend, I still expect us to complete this downside early this week.  So, it may not occur until what is lovingly known as “Turnaround-Tuesday.” 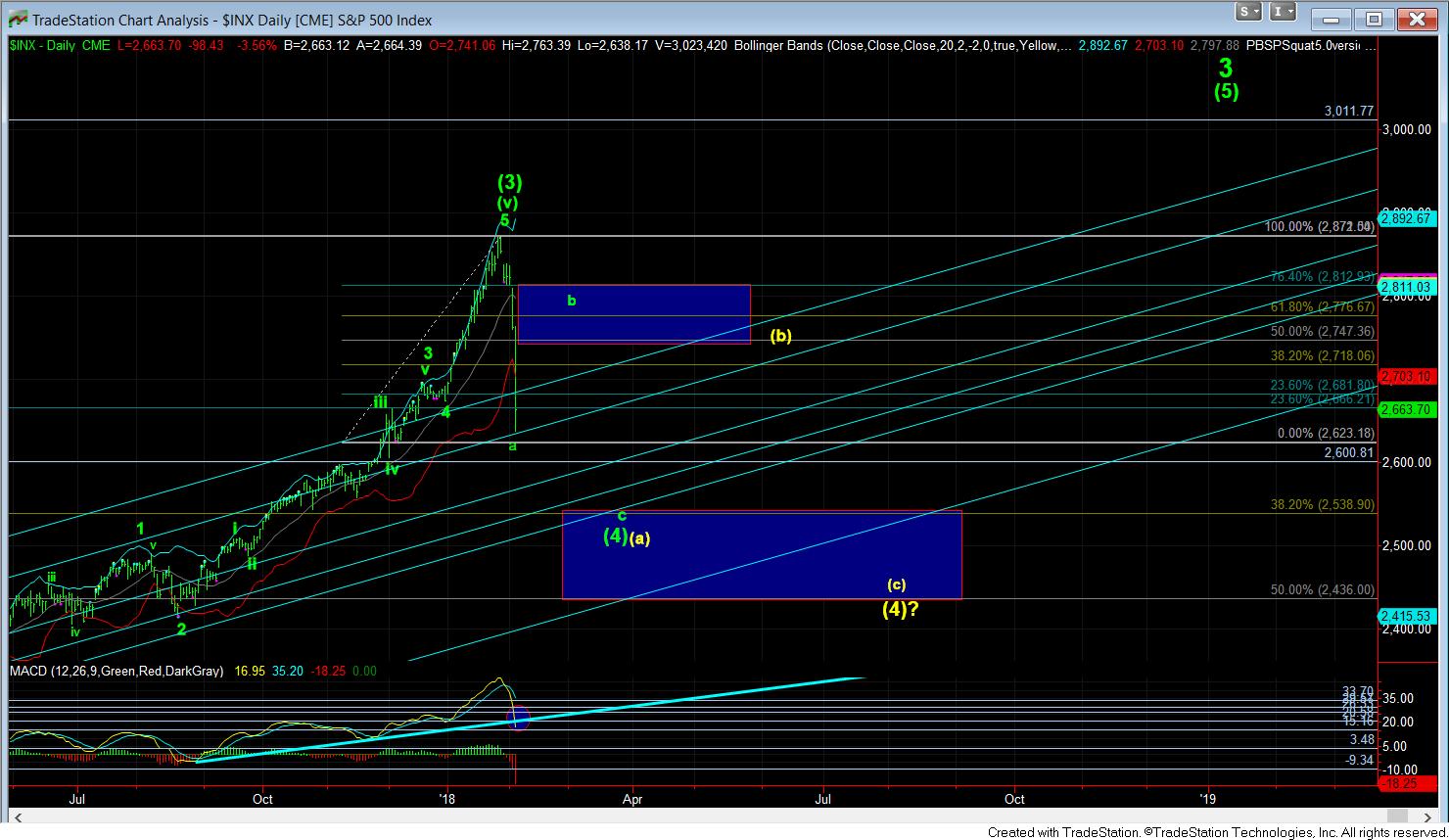