With the market continuing its downside consolidation today, the IWM has now gotten closer to the point where the c-wave would be equal to the a-wave if this wave iv is the correct count.  This means that anyone who is interesting in taking a low risk long trade, you are relatively close to your stop out point at 148.75.

To be honest, I don’t think I can provide better guidance than what is being represented on the 60-minute IWM chart I have been presenting to you of late.  First, it has the point at which the further upside becomes much less likely – below 148.75, and it also has the point at which we confirm that we are likely within wave (4) – below 144.50, with an ideal target down in the 133 region for wave (4).

In effect, this is telling you that the bulls have a green light as long as we remain over 148.75, we have a yellow light between 144.50-148.75 (which means a relatively neutral bias, with a slight leaning towards bearishness), and bulls clearly have a red light below 144.50, as it is likely pointing down to the 133 region in wave (4).

Since the IWM chart has provided us with the clearest signals since mid-November, I intend to continue referring to it as my primary guideline.

But, of late, the NQ has certainly provided us with guidance that it seems to be missing a 5th wave higher.  While we clearly have no guarantees that the market will certainly stretch for the target I have on the chart, as long as the other markets remain over support, it makes it much more likely that the NQ will reach its intended targets overhead before wave (4) can begin.

So, for now, the market is holding support, and still suggests that we can entertain another rally potential.  Should we break support, then we will have to change focus.  And, should we see that next rally take shape, it will become hard to remain strongly bullish once it completes, as the patterns will then all be rather full in the indices we follow.  Yet, since we are in a bull market, and will likely continue to be in a bull market for several more years, I will still await confirmation that wave (4) is in progress before I turn more immediately bearish. 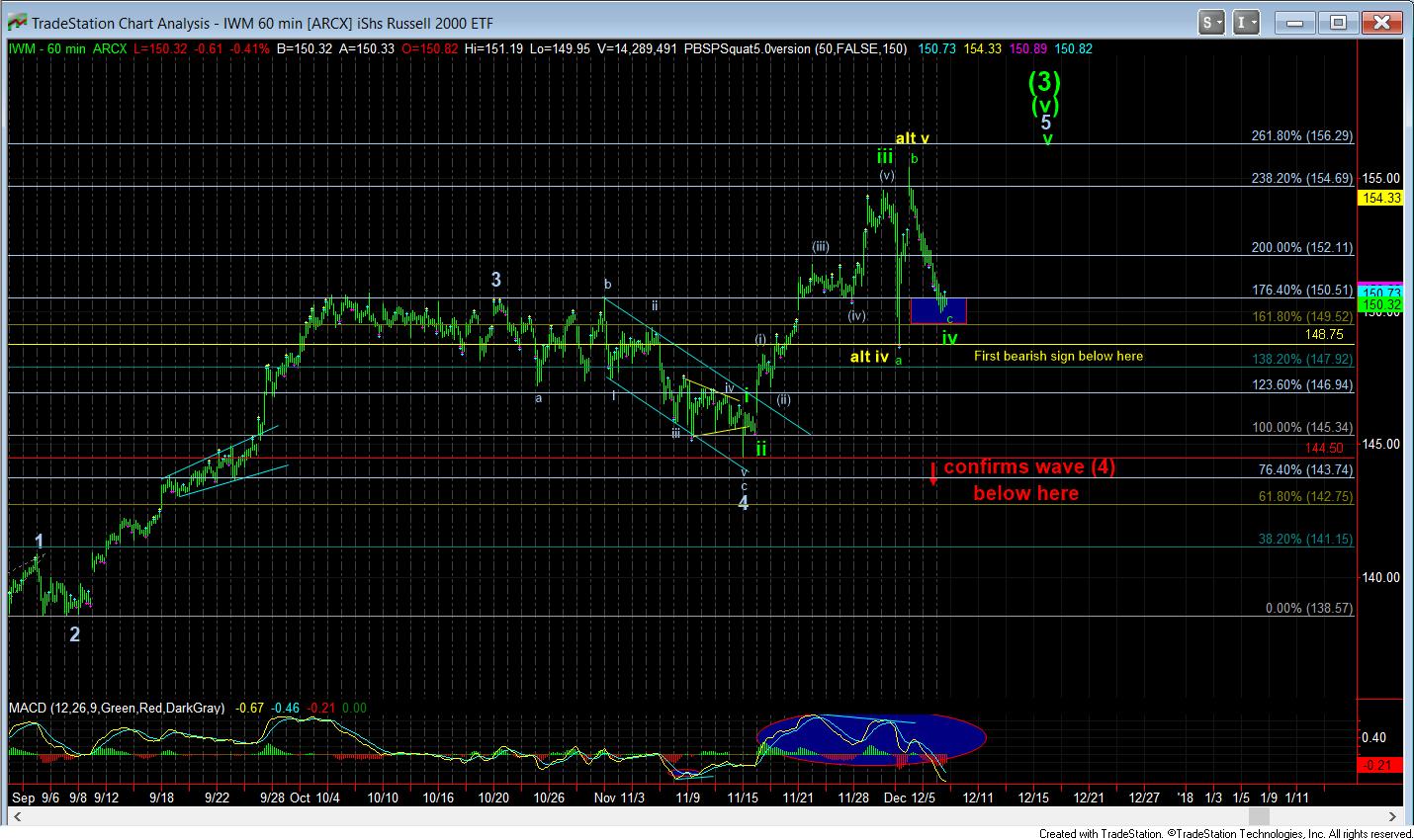 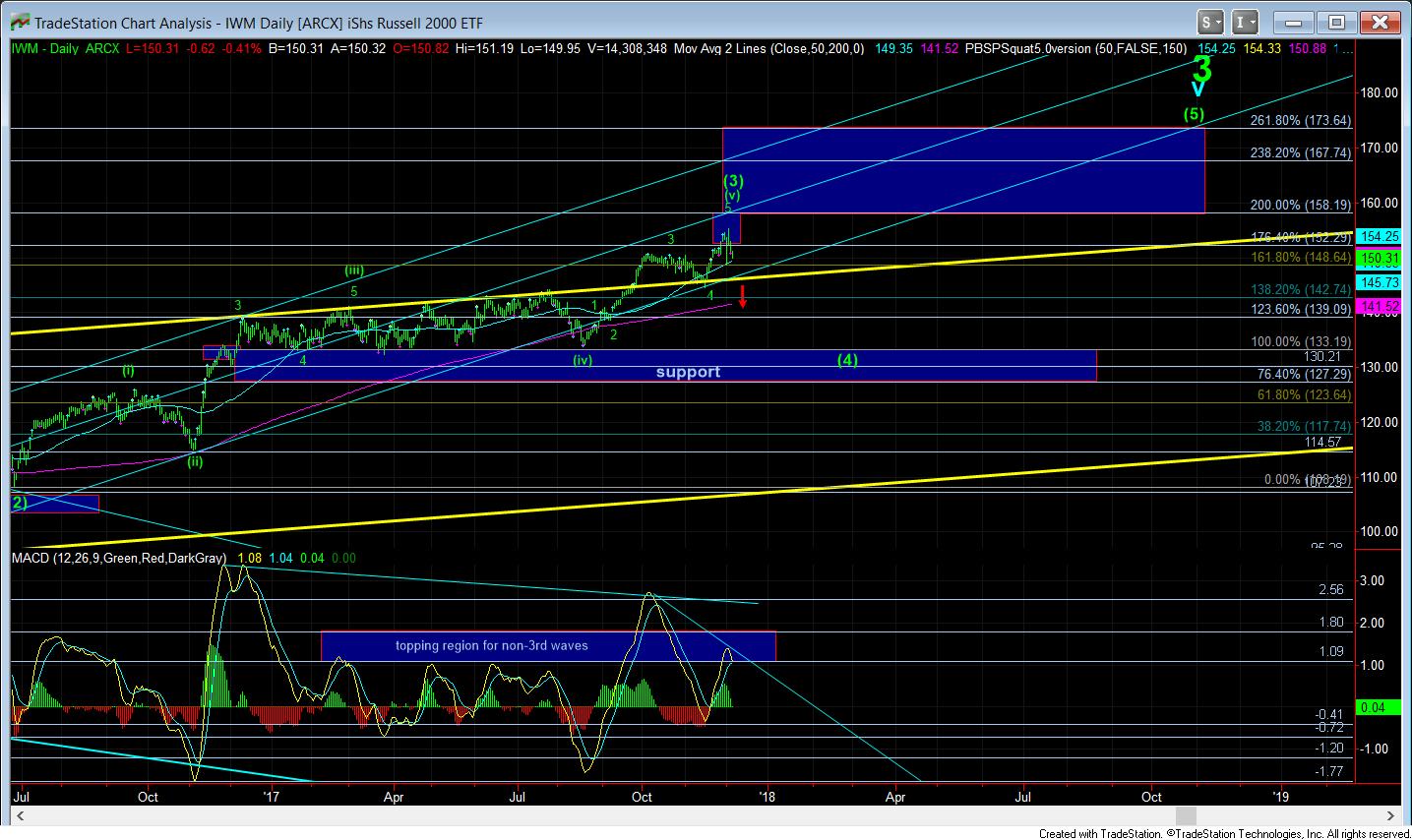 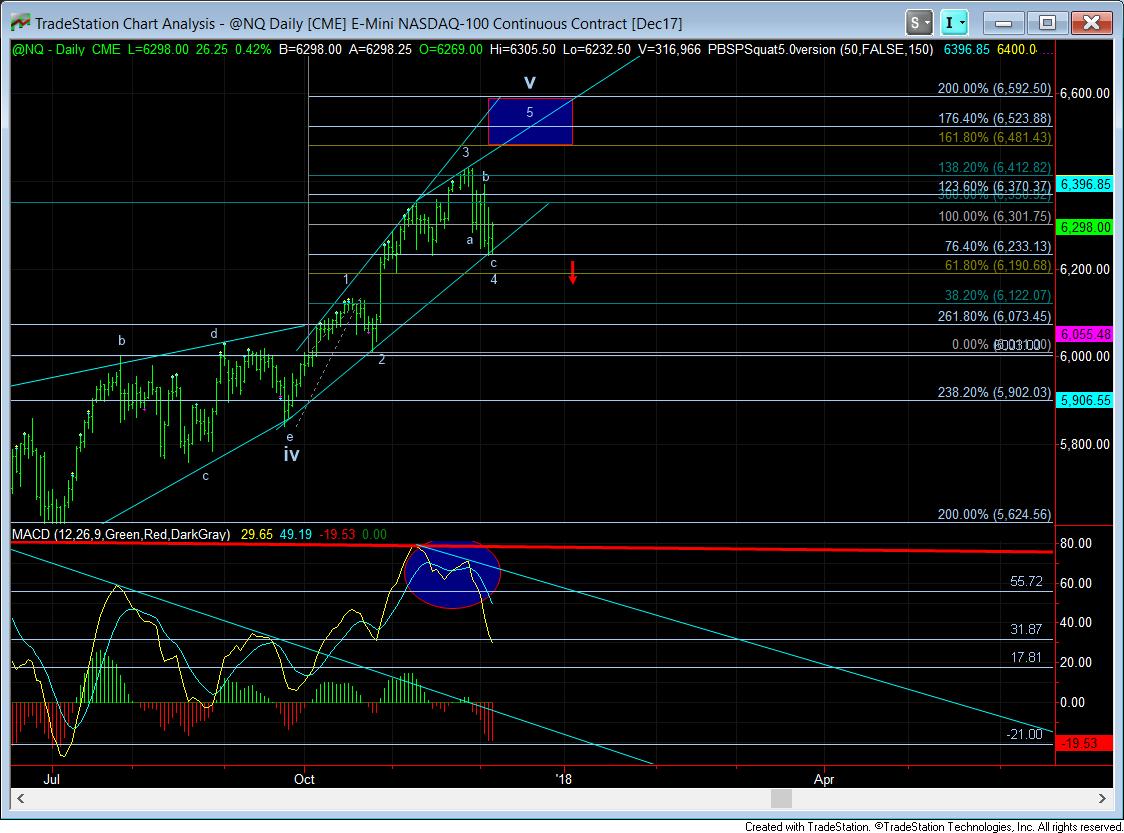