As noted since this weekend, the market needed to break 2059/60SPX to open the door to wave iv.  And, as I noted last night, we needed to continue down to the 2040SPX region to gain further confirmation.

Today, the market broke the upper support region, but failed to continue lower to 2040SPX, and levels below. . . at least, so far.  Rather, as you can see from the two attached chars, there are two trend lines which the market parked itself right over today, which still leaves a small door open to a possible higher high in wave iii.

However, if the market cannot continue down to break the support channels noted on the attached charts, as mentioned above, there is still a small door open to a higher high this week, especially since the IWM has not struck its ideal higher targets. 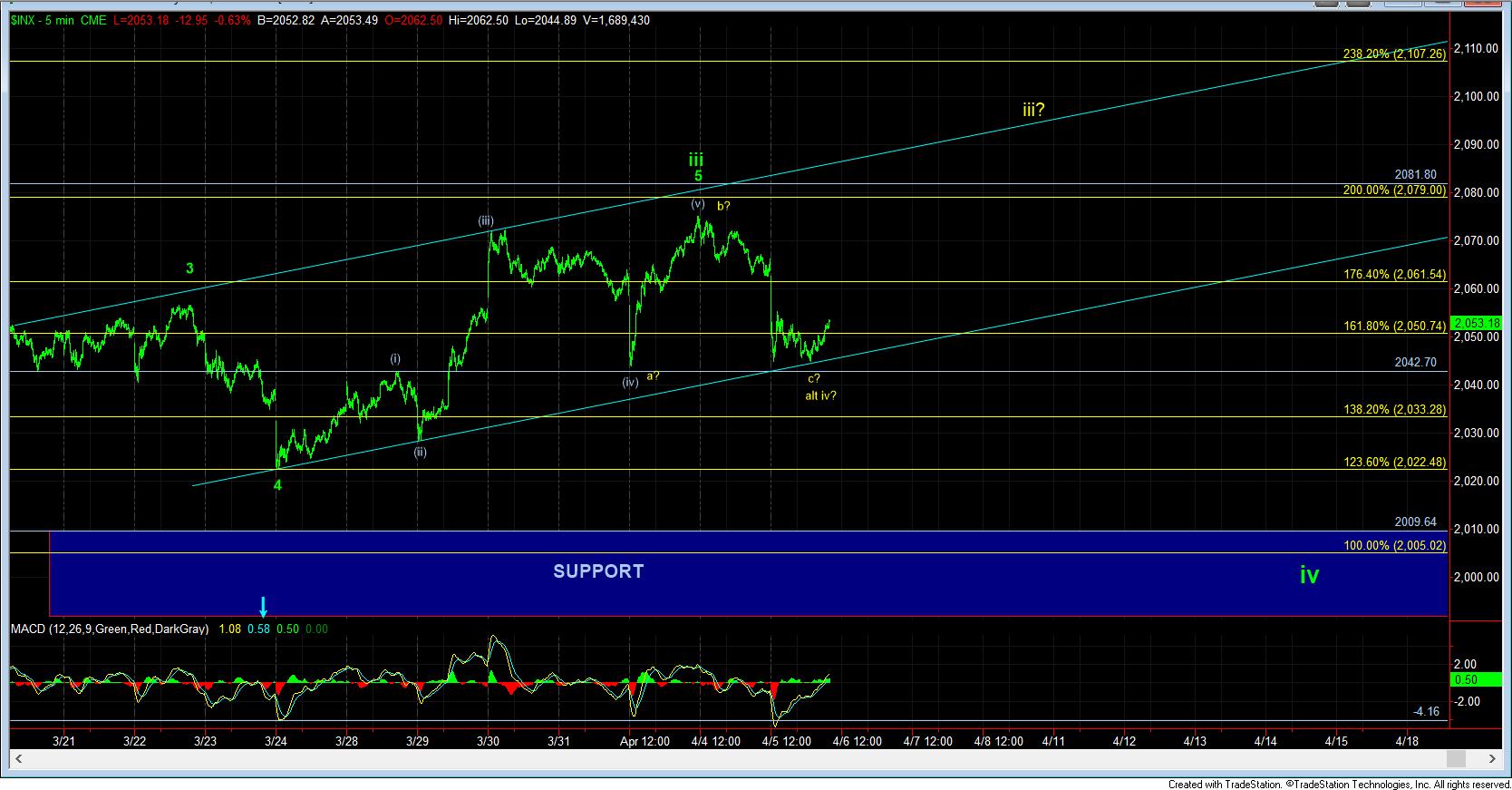