As we noted yesterday and early this morning, once the market broke the 1-2 downside set up, we had no immediate downside pattern in place.  So, we really needed the market to take out support to even begin the next downside set up.  And, as of right now, we still have not taken out that support.

While I would love to consider the top to this structure as completed at today’s high, we have an Elliott Wave issue:  the high today was made only on a 3 wave structure.  So, until we break support, this still leaves potential for us to head back up to the higher resistance region in the 2031-2044SPX zone.

While I can certainly consider the high today hit as the conclusion of an ending diagonal (thus the reason for a 3 wave move into the high), it still leaves me with the need for confirmation with a break down below the support noted on the chart.  Even though it looks like we are completing 5 waves down as I write this, that 5 wave move can either be the start of the next larger move down, or it is simply a c-wave down off the 3-wave b-wave high we made today, which, again, still leaves the door open to a higher high into tomorrow.

So, for now, I am awaiting confirmation that we have a top in place with a break down below the 1975-85SPX zone.  As long as it holds, the upper target blue box is still sitting out there as a strong potential. 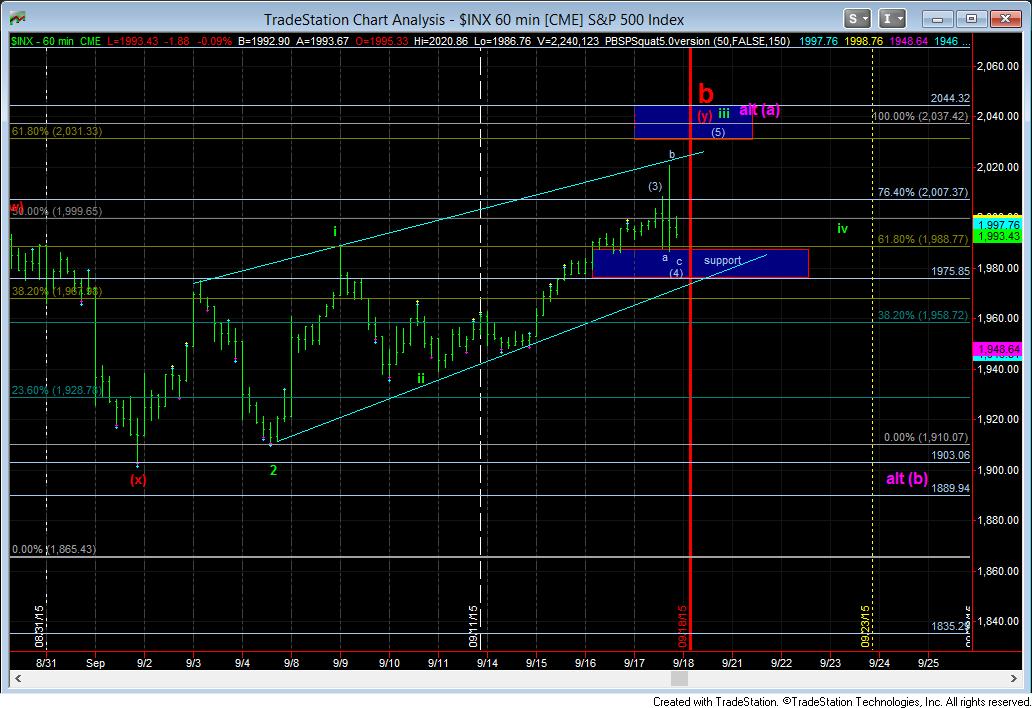