I have to admit that many bearish set ups that were very clear invalidated over the last year or so.  The one I posted today in the room in the last hour is one that is not anywhere near as clear, but does have some potential bite.  Yet, as I have said over and over, until the 1870ES level breaks in a strong impulsive move down, we have no confirmation that a top has been struck in the yellow count, and all we are seeing is a purple wave 4.

As for the bearish count, it is more clearly seen in the TF chart that I have attached.  If we see a strong reaction to the downside tomorrow, which takes out the 1160 region in the TF, that is a strong signal that TF has topped, and we have much lower to go.  However, if the TF can extend in a 5 wave move off today's low over the 1183/85 resistance region, then you can look for a 3 wave pullback for a potential long trade into tomorrow.

Again, I want to reiterate that this bearish set up is not as clean as some of the others we have seen, which have actually failed and ultimately been invalidated, which actually makes me think this one has a shot.  Let’s wait for confirmation before setting up short trades. 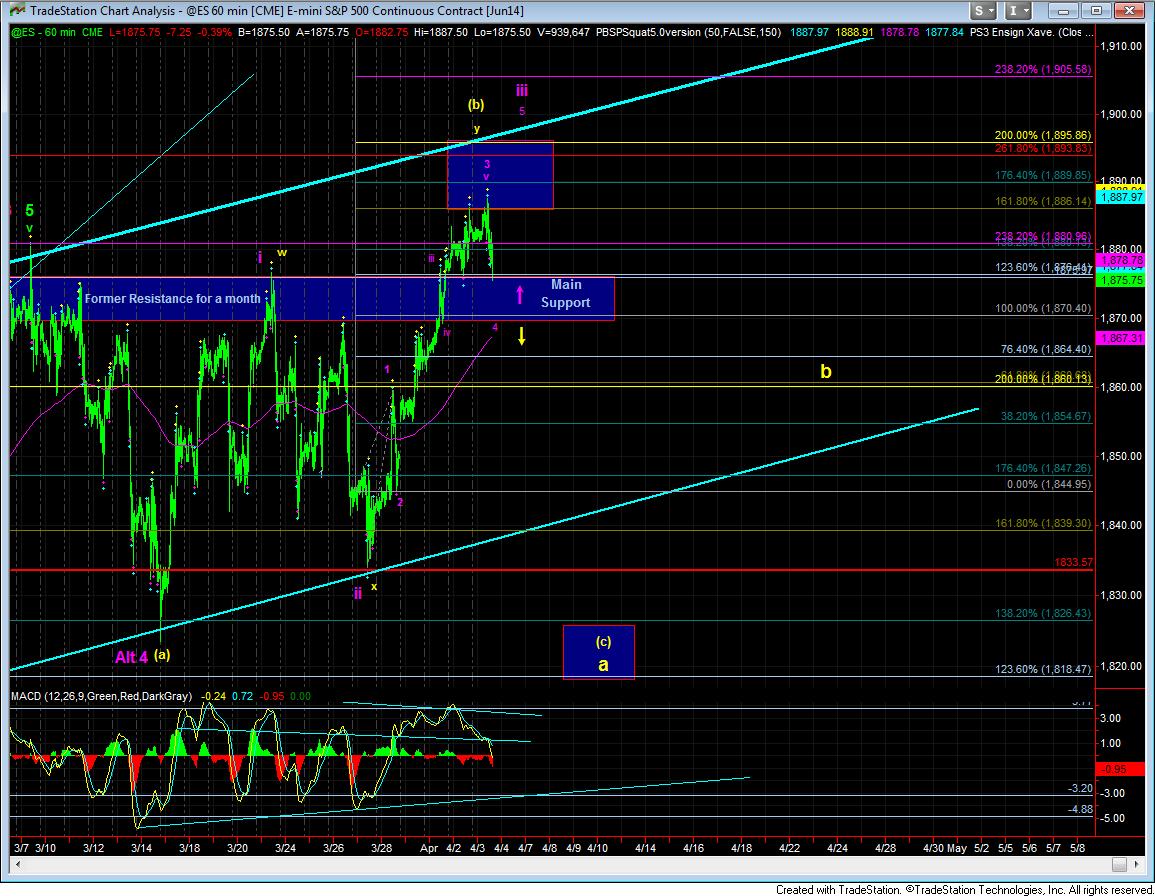 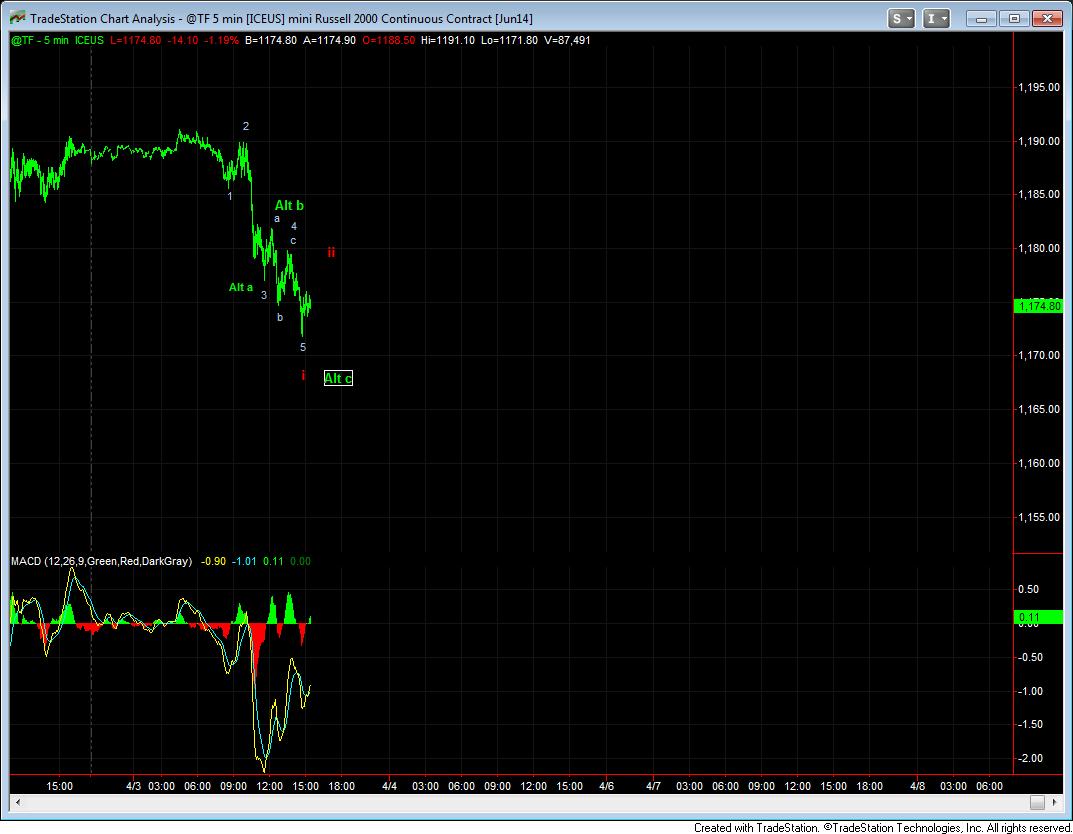