I don’t think the likelihood is very high that wave IV has yet completed.   But, today, the market gave us an almost perfect b-wave set up, only to have it morph into something much more complex.

At this time, I am maintaining my primary expectation that this rise today was a b-wave, with resistance in the 1686 and 1688/89ES regions.  Over those levels, I have to question if this is the correct position.  But, for now, I seem to be lacking a solid and 5 wave c-wave structure to the downside to consider wave IV complete.   Part of the issue is that, since the last rally high was made within an ED, it is very hard to discern where the overlapping impulsive wave completed and the wave iv began.  That is why it is possible that wave iv has completed at today’s lows, but I simply cannot be absolutely certain at all.   So, for now, I am going to still expect a c-wave down towards the 1660ES region, and allow the market to prove to me that I should not. 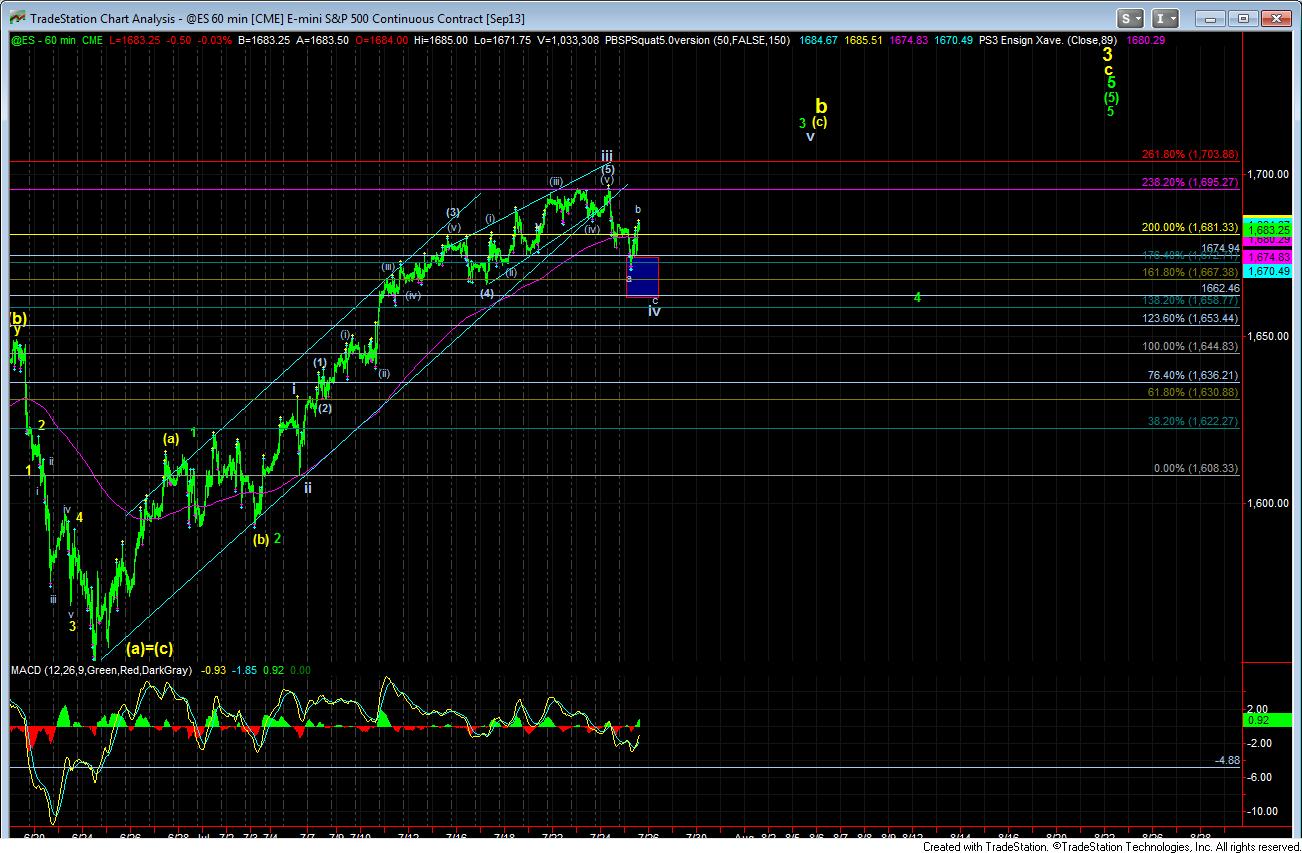