I have heard more and more people calling that a top is in than I have heard for quite some time.  But, I have one MAJOR problem with calling a major top in place:  The initial move off the top was only in 3 waves.  Based upon this fact, I would have to look at this recent decline as the final c-wave of a larger a-b-c 4th wave.  In fact, this is the same 4th wave pattern we seem to be tracking in the metals, VXX and USD.

However, there is a big problem that I am having in determining what the bottom will be in this last move down.  When I look back at the decline from the top of the purple b-wave, I can make an argument that it was a leading diagonal for a wave i of the c-wave.  The wave ii was exceptionally complex and convoluted, but it then moved into this decline which does look like an impulsive 3rd wave.  Since c-wave should ideally be counted as a 5 wave structure, I am going to adopt this count since it fits best in theory, even though the actual wave structure itself is exceptionally erratic.

So, what we know from our Elliott Wave analysis, is that the heart of the 3rd wave will exhibit the strongest technicals of the entire decline.  But, this one seems to be telling me two different stories.  The first is based upon the RSI, which would argue that we are now completing wave v of this c-wave with targets of 1395 or the 1391-1393 region.

However, when we look at the MACD, it seems to be suggesting that we are now only completing wave iii of this c-wave, with the target for wave v potentially as low as 1386.

What makes matters even more interesting is that the larger 4th wave pattern presents targets of the 1393 region, where the c-wave is equal to .764 times the size of the a-wave, while the 1386 region is where a=c.  Both of these targets are in alignment with either count option I mentioned above.

So, unfortunately, that leaves us in a position where we have to consider both possibilities, and only a move over the 1403 level - bottom of wave i - which exhibits an impulsive count will signal that the correction has completed and we are about to enter into our final phase of the rally to 1431+. 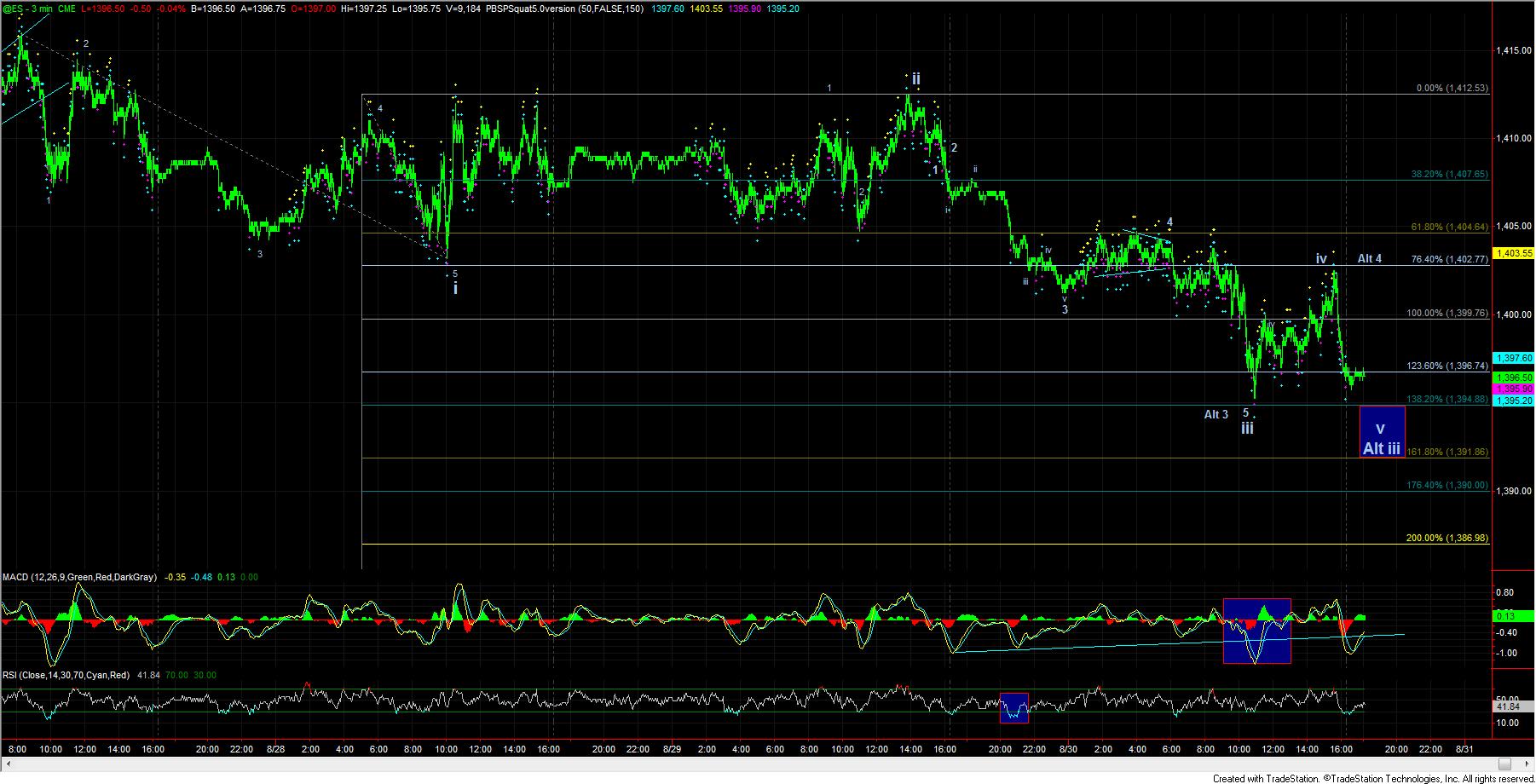 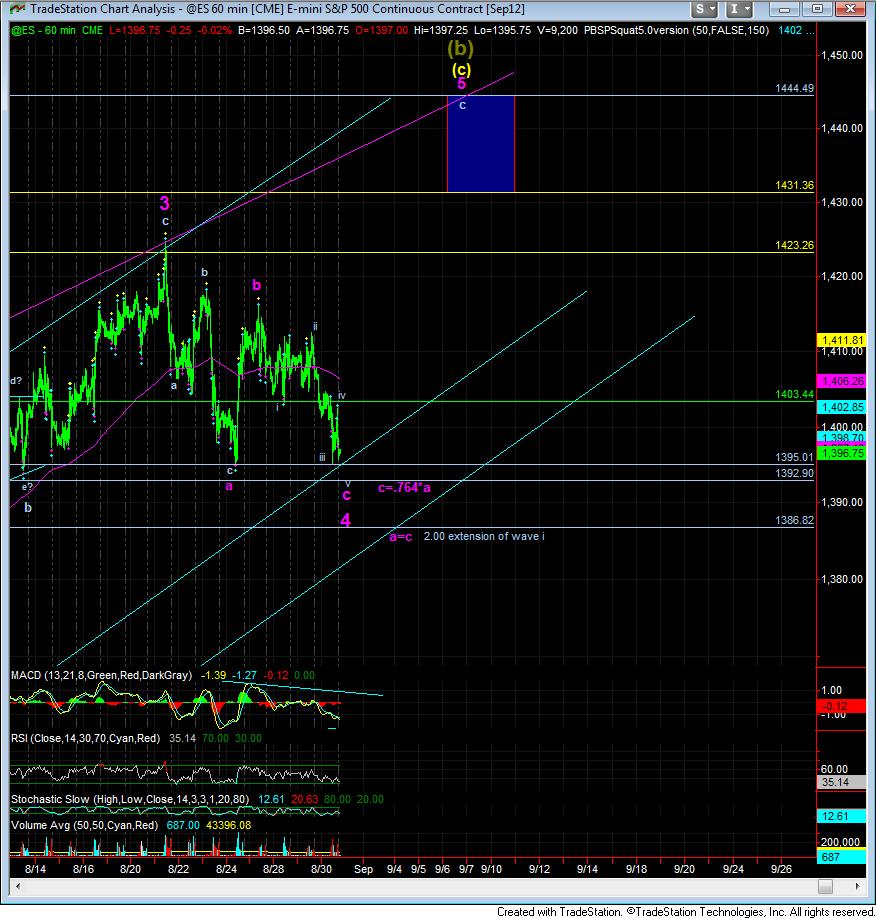