Today, the market has actually left us with only two counts we have been following.  The green count has been taken off the table, even though it has not been technically invalidated with a move below the top of wave i.  I think that the most likely bullish scenario at this time is the ending diagonal for several reasons.

The alternative count is that wave (2) has topped and we have begun wave (3) down.  As you know, I do not favor that count for many reasons, including  that it has not yet adhered to appropriate Fibonacci proportions to the downside and that the technicals of this decline still do not evidence that wave (3) down has begun.  While I can be wrong, until the market proves that this is wave i down of wave (3), I cannot jump onto the short bandwagon just yet.

As far as the ending diagonal, if this is the appropriate count, then it should validate itself with a major whipsaw of the shorts within the next 24 hours.  Although there could still be a little more decline left in this b-wave, which could take us into tomorrow morning, the market will have to turn strongly to the upside in a powerful rally back to the 1385 region to complete the c-wave of purple wave 3.

Again, I apologize for being MIA at this time, but unfortunately we are dealing with a serious medical matter in my family.  However, I was able to leave you today with one trade which did work out quite nicely.  I noted that if the VXX was able to maintain support over the 13.80 level on the pullback in the middle of the day, it would likely target the 14.90 region.  I still think there could be one more move up in the VXX left which would target that level, and give us a b-wave flat pattern.  In fact, the larger pattern in the VXX does support the ending diagonal scenario quite nicely at this time.  However, if the VXX does break through the 14.92 level of resistance, then may have to re-assess the larger ending diagonal pattern. 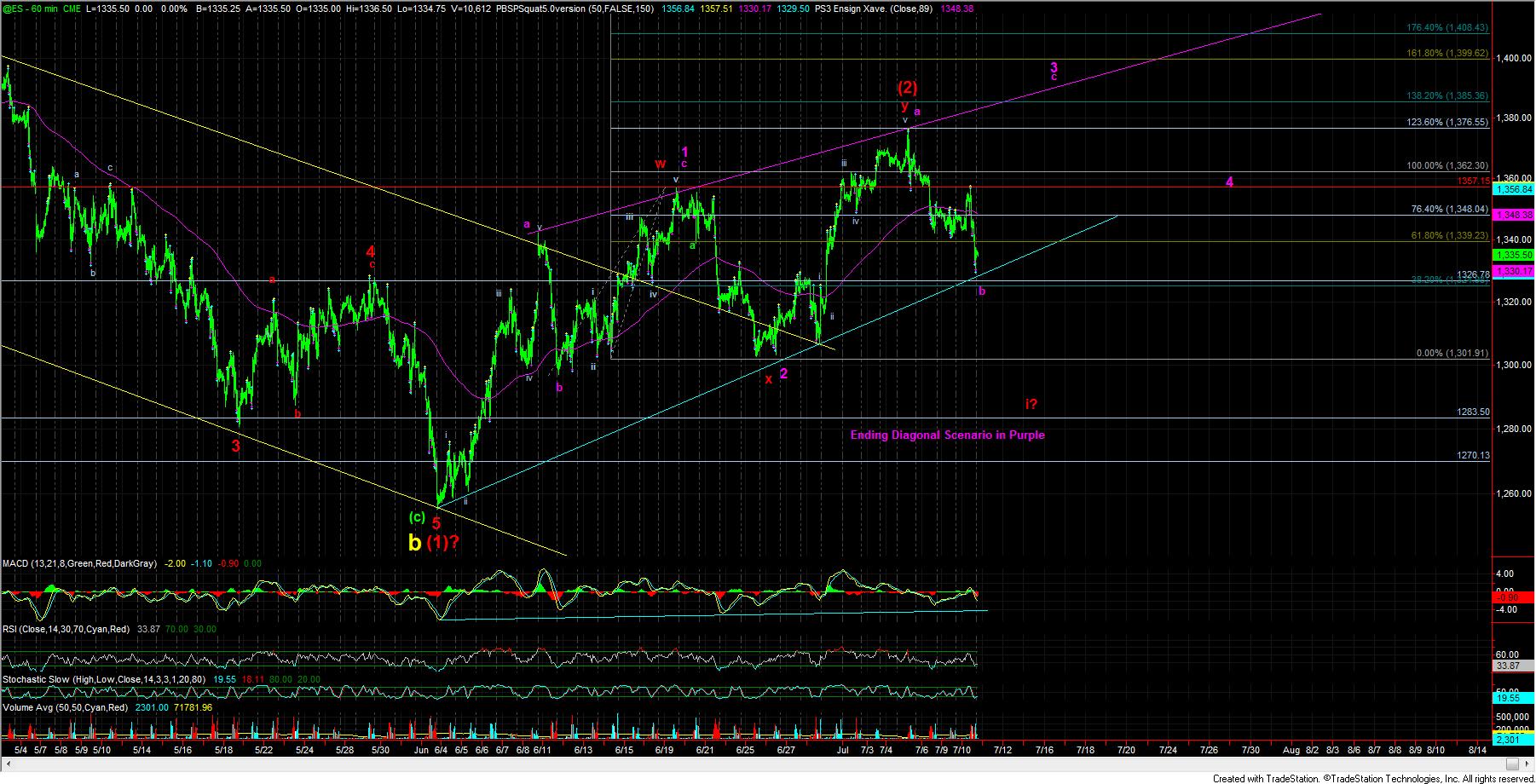 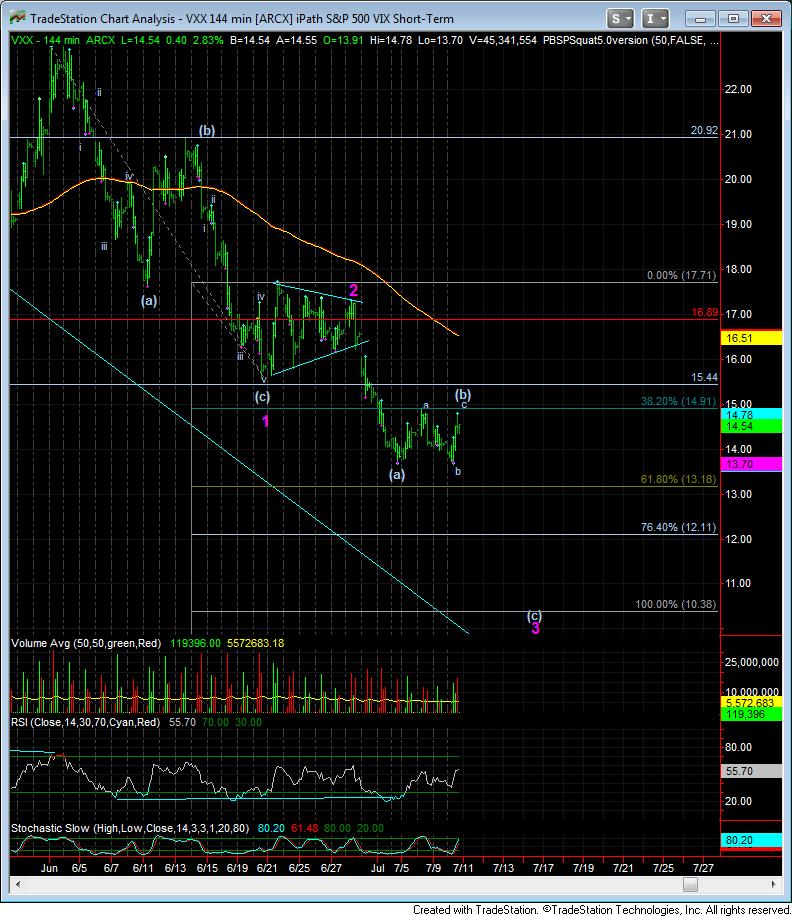