As I have noted many times, the SPX has exceeded our ideal target region set forth two years ago by approximately 2.5% thus far.  And, I don’t think it should be a surprise that bull markets can extend beyond standard targets during their 3rd waves.  For this reason, I have strongly cautioned about shorting this market too soon. But, it does not change the fact that this is a 3rd wave, which should be followed by a 4th wave pullback, even though many have become convinced that the market has outlawed pullbacks.  Yet, when the great majority are certain that a pullback cannot take shape is often the time when it occurs.

With the XLF, NQ, and IWM striking their target regions now, the question that remains is if today’s pullback is a smaller degree wave (iv), as presented in yellow on the IWM chart, or if we have begun the bigger drop down towards the November lows.  I wish I could definitively tell you the answer to that question, but that is simply beyond my abilities as an analyst.

Moreover, the XLF can also still make a higher high to complete its wave (v) of 3, as I have recently been presenting of late.  But, it, too, suggests that the next larger move should be to the downside.

So, while the market has provided us with extensions which have more than filled in our standard patterns, and has even taken the SPX a bit beyond the ideal target we set two years ago, we MUST allow a bull market to prove that a larger degree pullback is in progress before you begin looking down in earnest.  This bull market has not been kind to bears, and I won’t expect it to be until there is some break of support. 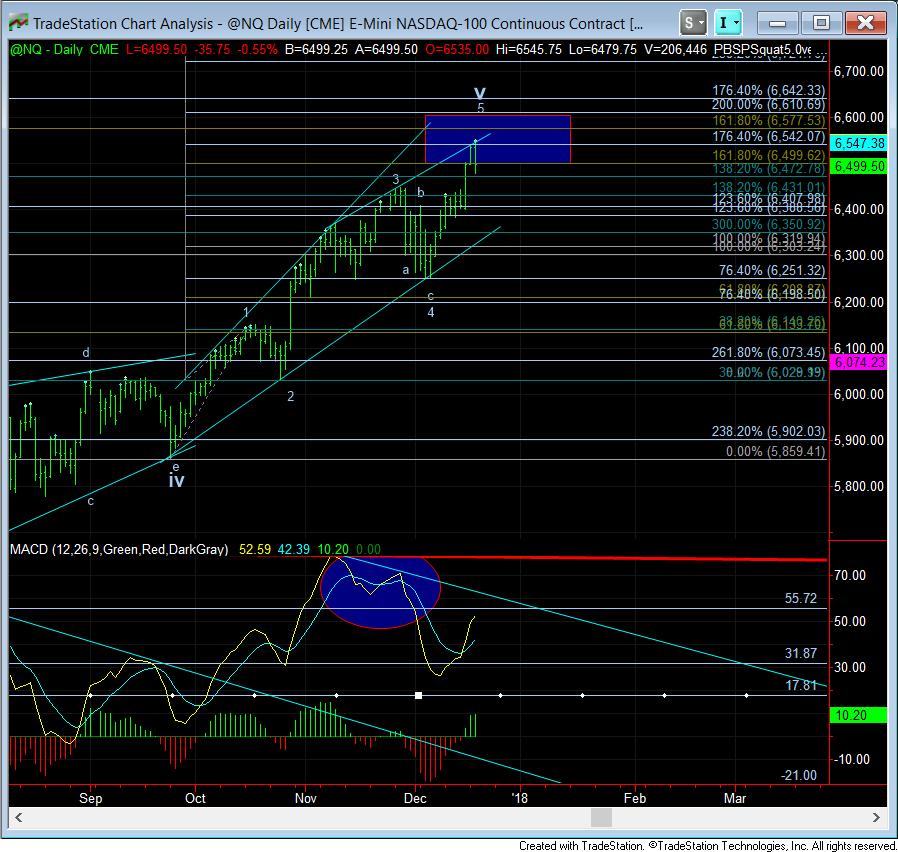