The simple answer is “no,” as I really do not trust much when we are in a 4th wave and that is why we use stops.

But, let’s look at the facts on the ground, so we can at least have a better understanding of where we stand.

First, the market bottomed exactly where it should have for the (b) wave of the triangle count yesterday.  But, the rally off the low has been quite overlapping, yet, it has not shown much sign of weakness just yet.  Personally, I would have been much more comfortable in relying on a rally to 2740+ if we had begun with a clear and clean 5 wave structure.  But, that is not to be seen.

In our micro structure on the ES, as long as we hold over 2663-65ES, the market has a pattern pointing to 2690-94ES for wave iii of 3 in the purple (c) wave of the d-wave.  And, as long as we hold support, I am going to have maintain that count as my primary, despite my displeasure with the overlap with which we began this move up.

From an alternative perspective, I posted earlier today regarding how we may see a lower low from here:

If we see a break down from this point in the SPX below yesterday's low, I will be tracking a c-wave down in green as an ending diagonal, since the drop off 2717SPX counts best as an a-b-c, which would only be wave 1 of the ending diagonal.  The wave 3 of the ending diagonal will likely bottom around the 2530-50 region, with everyone expecting the bottom to be in when we rally off it again, with the 5th wave taking us into our lower low target box making everyone certain the bull market is over.

Again, this is my alternative pattern should we break below yesterday's low, with a little additional sentiment commentary.

So, as long as we remain over 2663-65ES, immediate pressure will remain up.  If we break below that level, I will have to review how we break down to determine if we are in an alternative bullish structure in the (c) wave of the d-wave in the triangle, or if we really may be dropping in the ending diagonal for the green count.  But, I am going to have a hard time adopting that green count as long as we remain over yesterday’s low. 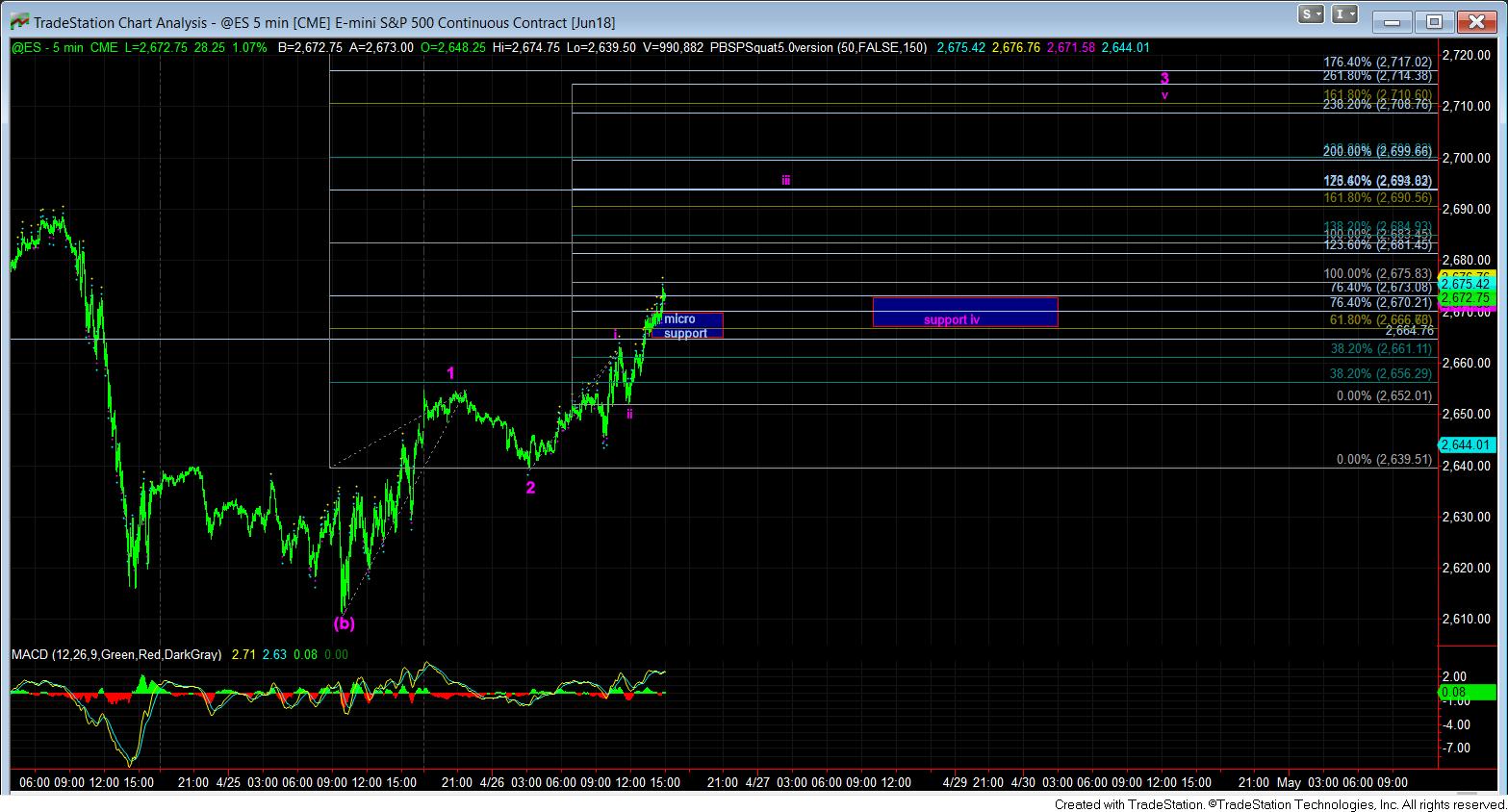