As noted this morning, there was still room on the upside for the market to complete last week’s rally.  The reversal, which can be counted as 5 waves off the high, at least opens the door to a potential c-wave down, as we have discussed many times.  While there is still an alternative for one more higher high to be seen before that full rally off the last week’s lows is completed, we cannot be certain until we see the next move up.

Should our move off this afternoon’s low be corrective, then we have a i-ii set up to the downside to begin a potential c-wave much lower.  In the ES, the market will have to take out the support shelf of 2082ES to open the door to bigger downside, which is what we are looking towards to set up the rally we have been waiting on for the last month.  And, as I said over the weekend, this SHOULD be the last week of weakness before the bigger rally takes hold.

As far as the IWM, I do not think it to be highly likely that we will break below the bottom of what we now view as the a-wave of wave ii of 3.  If we are going to get this c-wave down, it would provide us with a textbook wave ii flat pattern.  Ultimately, all of this means that the upside should be much greater than any downside potential should we begin dropping in an impulsive c-wave down towards 121-122.  And, again, should the market take out the 128 level strongly, then wave ii is clearly done, and we are in the heart of wave iii of 3. 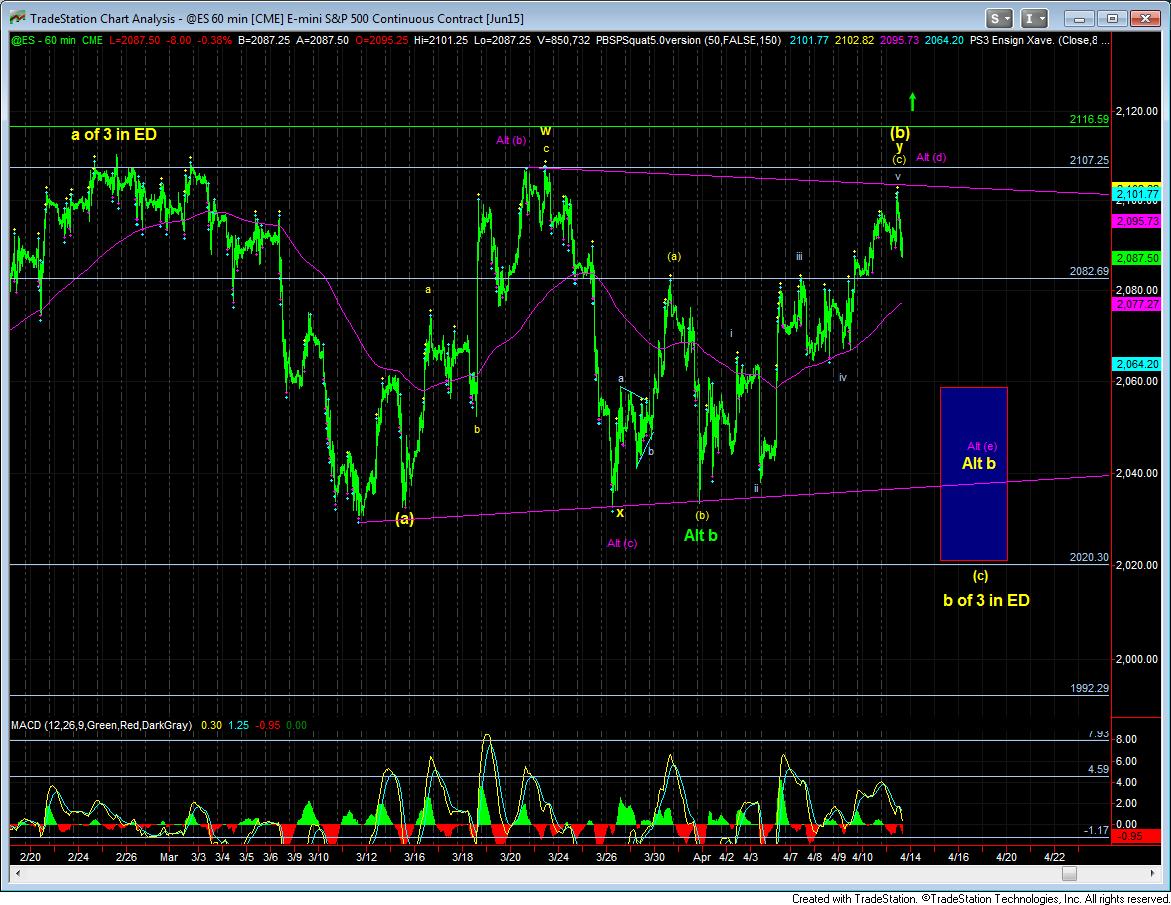 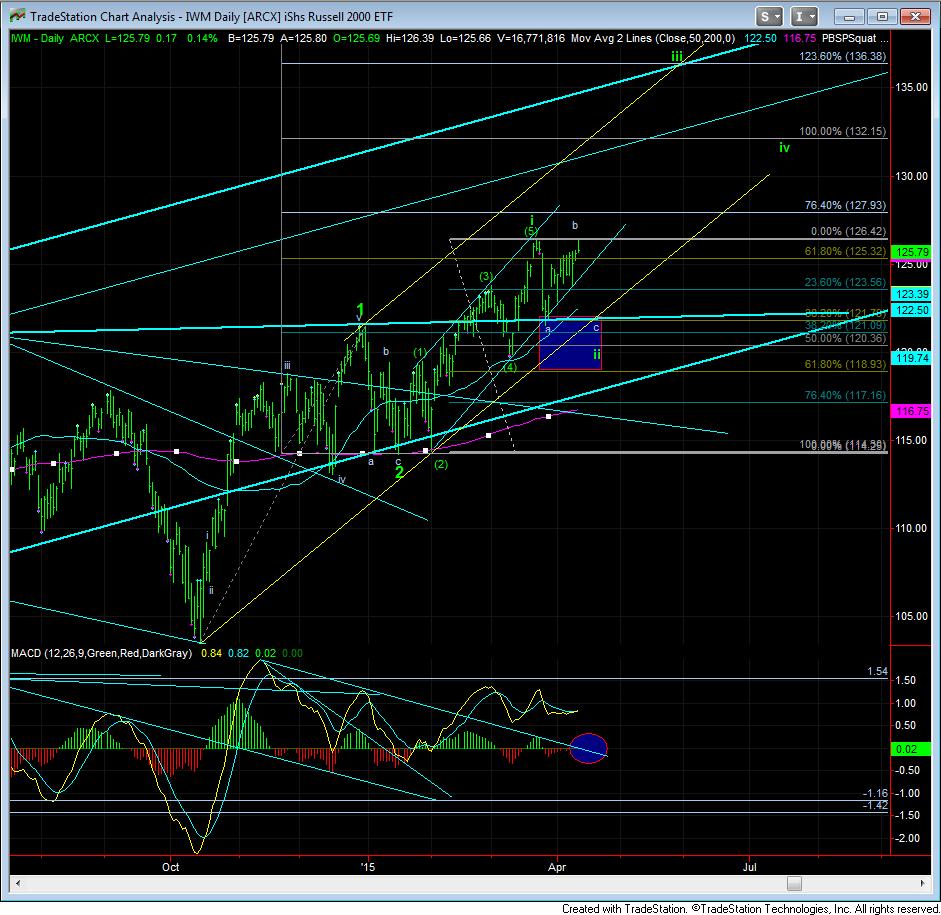