While the ES had the opportunity to break out overnight, it failed to follow through on the impulsive set up it had to take us higher.  At the time, both the ES and the SPX had different patterns, which has made it quite difficult to synthesize the charts for a confident set up.

As it stands now, both the SPX and the ES now have a bullish set up in place in a i-ii structure for the c-wave higher we have wanted to see.  In fact, the setup is such that the c-wave should top right into our next major turn time frame.  And, this set up would likely see a gap up tomorrow.

But, we must remember that this is still a market which has serious bearish overtones.  It is hard to consider that the lows for this correction as having been struck, which is why we still believe that lower lows will likely be seen.  And, when we are in a bearish market, resistance must be respected, until it is taken out.  As you can see from the attached 60 minute chart, resistance has still not been taken out.

So, for those that would want to trade the market up to the higher targets by waiting until tomorrow, you may miss some upside if it breaks out pre-market, but you will still likely be able to enter a long trade on a pullback to the 1935/45SPX region (on wave 4 of iii) even on a break out.  But, waiting for the break out is clearly a much safer play in a bearish market.

As far as support, I have noted today that 1893 and 1885SPX are the support zones I am watching VERY carefully.  As long as we remain over those levels, I have to look higher.  However, should those supports break, with a follow through below this week’s low at 1872SPX, that opens the door in a big way to our alternative count, which takes us to our lower lows much sooner than later. 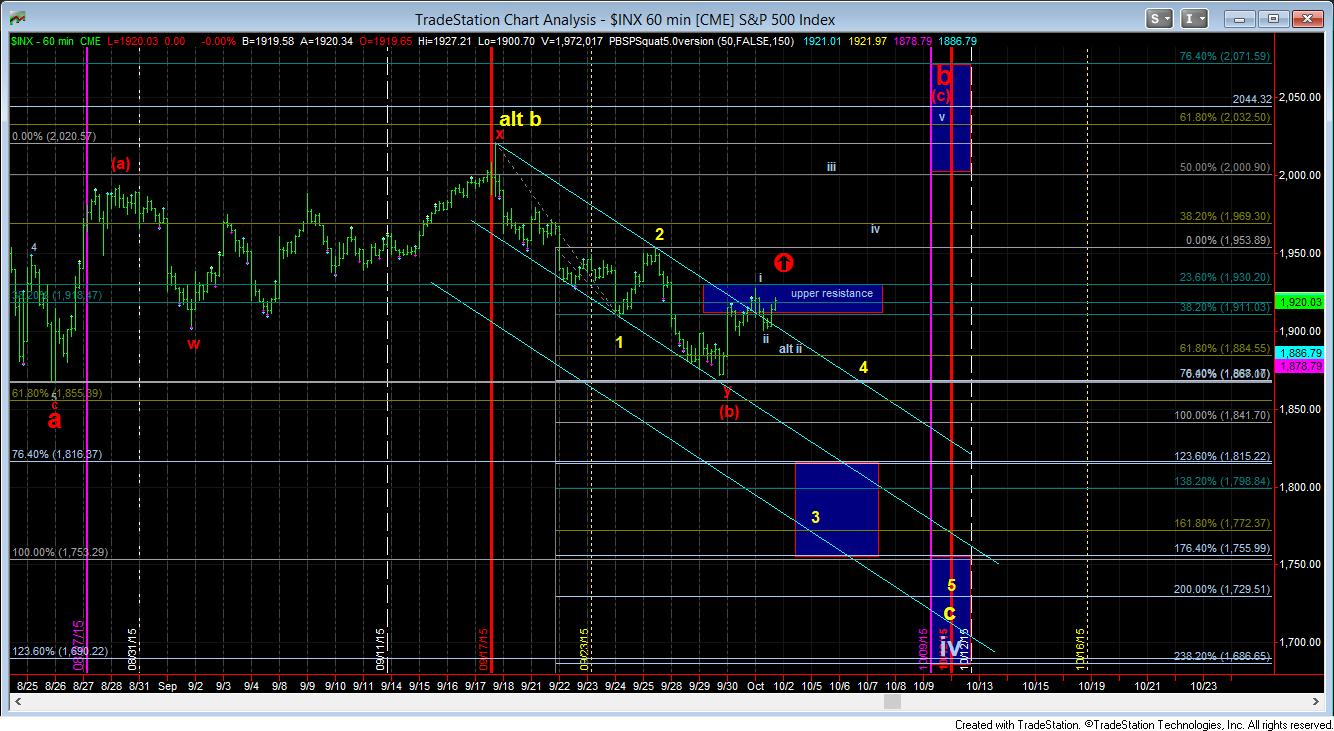