In this article, I want to revisit something that so many of you fight against so strongly within my articles.  My premise has been and continues to be that news events do not “cause” market moves, but, rather, can act as a catalyst for a market move.  And, many of you vehemently disagree with my perspective on this issue.  So, allow me explain the difference.

The main reason is that the news event can act as a catalyst for a market move, but the substance of that news event is not indicative of the direction of the move. Rather, where we reside within the trend is what determines the reaction to the news event.  So, if we are in a positive trend at the time the news is announced, then negative news is discounted and the market continues to rally on.  And, if we are in a negative trend, then positive news is discounted, and the market continues to fall.  Again, anyone who has had experience in the market knows this to be true.

Yet, I still have many who argue with me that news events affect the trend.  And, they “feel” that way simply because they have seen times where a positive news event has seemingly caused a positive move in the market, or a negative event has seemingly caused a negative move in the market.  Yet, they clearly forget or simply ignore when the exact opposite occurs.   This is what I mean when I say many investors are simply not intellectually honest.

Yet, they are quite certain of their perspective.  And, if you challenge them, they simply discount your perspective because it is so “obvious” to them.

Well, when I state a proposition, it is not because it is how I “feel” based upon some anecdotal examples.  Rather, I have done my research.  In fact, my perspective is supported by many studies, whereas most perspectives on this matter are usually based upon unsupported supposition.

Allow me to cite just a few examples of some recent studies.

In a 1988 study conducted by Cutler, Poterba, and Summers entitled “What Moves Stock Prices,” they reviewed stock market price action after major economic or other type of news (including major political events) in order to develop a model through which one would be able to predict market moves RETROSPECTIVELY. Yes, you heard me right. They were not even at the stage yet of developing a prospective prediction model.

However, the study concluded that “[m]acroeconomic news bearing on fundamental values explains only about one fifth of the movement in stock market prices.” In fact, they even noted that “many of the largest market movements in recent years have occurred on days when there were no major news events.” They also concluded that “[t]here is surprisingly small effect [from] big news [of] political developments . . . and international events.”

In August 1998, the Atlanta Journal-Constitution published an article by Tom Walker, who conducted his own study of 42 years’ worth of “surprise” news events and the stock market’s corresponding reactions. His conclusion, which will be surprising to most, was that it was exceptionally difficult to identify a connection between market trading and dramatic surprise news. Based upon Walker's study and conclusions, even if you had the news beforehand, you would still not be able to determine the direction of the market only based upon such news.

There was one study which seems to explain why these exogenous events do not have the effect so many believe they have.  In a paper entitled “Large Financial Crashes,” published in 1997 in Physica A., a publication of the European Physical Society, the authors, within their conclusions, present a nice summation for the overall directional driver of financial markets:

“Stock markets are fascinating structures with analogies to what is arguably the most complex dynamical system found in natural sciences, i.e., the human mind. Instead of the usual interpretation of the Efficient Market Hypothesis in which traders extract and incorporate consciously (by their action) all information contained in market prices, we propose that the market as a whole can exhibit an “emergent” behavior not shared by any of its constituents. In other words, we have in mind the process of the emergence of intelligent behavior at a macroscopic scale that individuals at the microscopic scales have no idea of. This process has been discussed in biology for instance in the animal populations such as ant colonies or in connection with the emergence of consciousness.”

And, if you still think that investors will be reasonably driven by news events in their decision making, consider a study performed by Dr. Joseph Ledoux, a psychologist at the Center for Neural Science at NYU.   Within his study, he noted that emotion and the reaction caused by such emotion occur independent and prior to the ability of the brain to reason.  In other words, investors cannot humanly reason through the news event in their reaction to the event, but the emotional driver takes over well before the investor’s ability to reason through it.  So, again, it clearly explains why the substance of the news event itself will not be dispositive to the direction of the market movement.

Again, I am quite sure many will argue against my position on this matter in the comment section below.  But, when they do, please take note that they will be using their specific anecdotal explanations when they try to prove me wrong.  But, these studies stand on their own, and it is not my opinion against which they are arguing.  Rather, they will simply offer unsupported supposition because it just does not “feel” right to them or fit within their vision of how the world works.   It just can’t be possible in their minds.

One of the best examples is 9/11, where everyone assumes that this caused a market decline.  Since most everyone views the 9/11 event as the most significant event of our modern times, I am sure everyone would have no problem picking out on a chart where this occurred.  I mean, if the most significant event of our time had an equally impactful effect upon our markets, as almost everyone assumes it did, then it should be quite easy to pick it out on the chart. 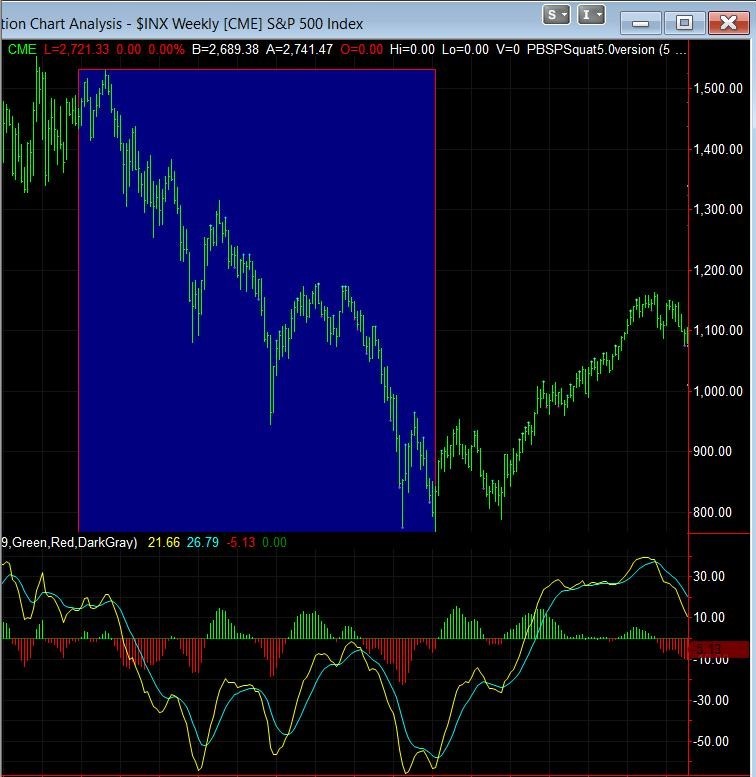 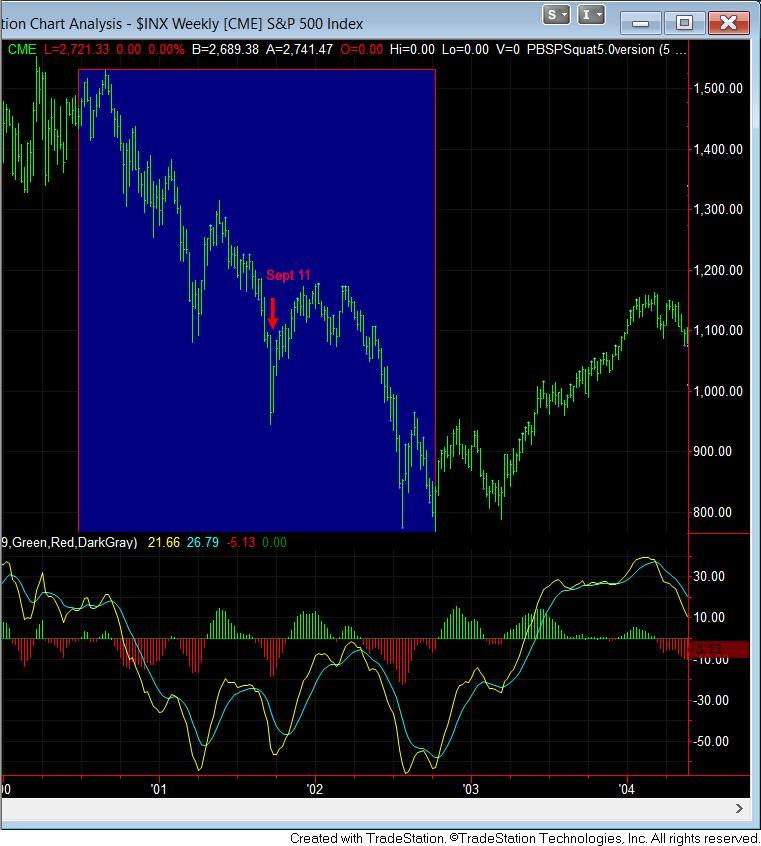 I am quite certain that most of you probably thought that it occurred near the highs of this chart, and then caused the entire decline evident on the chart.  But, as you can see, we were already in a multi-year decline when 9/11 occurred, and we were closer to a bottoming in the market than a top. Moreover, take note that there were even larger drops seen during this downtrend than the one "begun" on Sept. 11th.

In fact, the market bottomed the week after the 9/11 event, and then rallied to a level 10% higher than where we were right before 9/11. Maybe we can actually say that 9/11 caused the selling capitulation we often see at a local bottom to the market, and then caused a 20% rally? Well, the facts support such a conclusion, even though the predominant presumptions about how major news events affect the market do not.

Yet, trying to convince many of these investors that their beliefs are erroneous is often a losing proposition.  As Francis Bacon noted, “[t]he human understanding when it has once adopted an opinion (either being the received opinion or as being agreeable to itself) draws all things else to support and agree with it.”  And, that is why they will always fall back upon their anecdotal evidence, and be unable to accept these studies for the truth they represent.

Lastly, if you want to avoid these pitfalls, and become a more successful investor, you should consider the wise words of Daniel Crosby, as was written in The Behavioral Investor:

“Trusting in common myths is what makes you human. But learning not to is what will make you a successful investor.”