While we have been looking at several counts that have called for a bottom to this correction in the 1370-1380 region, we need to see a 5 wave structure completing this pattern into that region.   At this point, we arguably have a 5 wave structure which could very well be in the midst of a 4th wave, which would then need one more wave down to complete the pattern.

However, this would mean that this wave (4) cannot breach the 1402.50 level, which is the 1.00 extension down AND the bottom of wave (1) in this pattern.  If the market does breach that level before making a new low, then the correction is most likely not completing imminently. Rather, it can either mean this low was a b-wave of a larger corrective pattern that will see another rally before coming down to make a new low, or it is simply a 4th wave in a larger wave (3) of wave 3, which will target the 1366ES level at a minimum, on our way to the low 1300 region after a corrective bounce.

So, watch the 1402.50ES level intently over the next 24 hours, as it is the key to many counts we are watching right now. 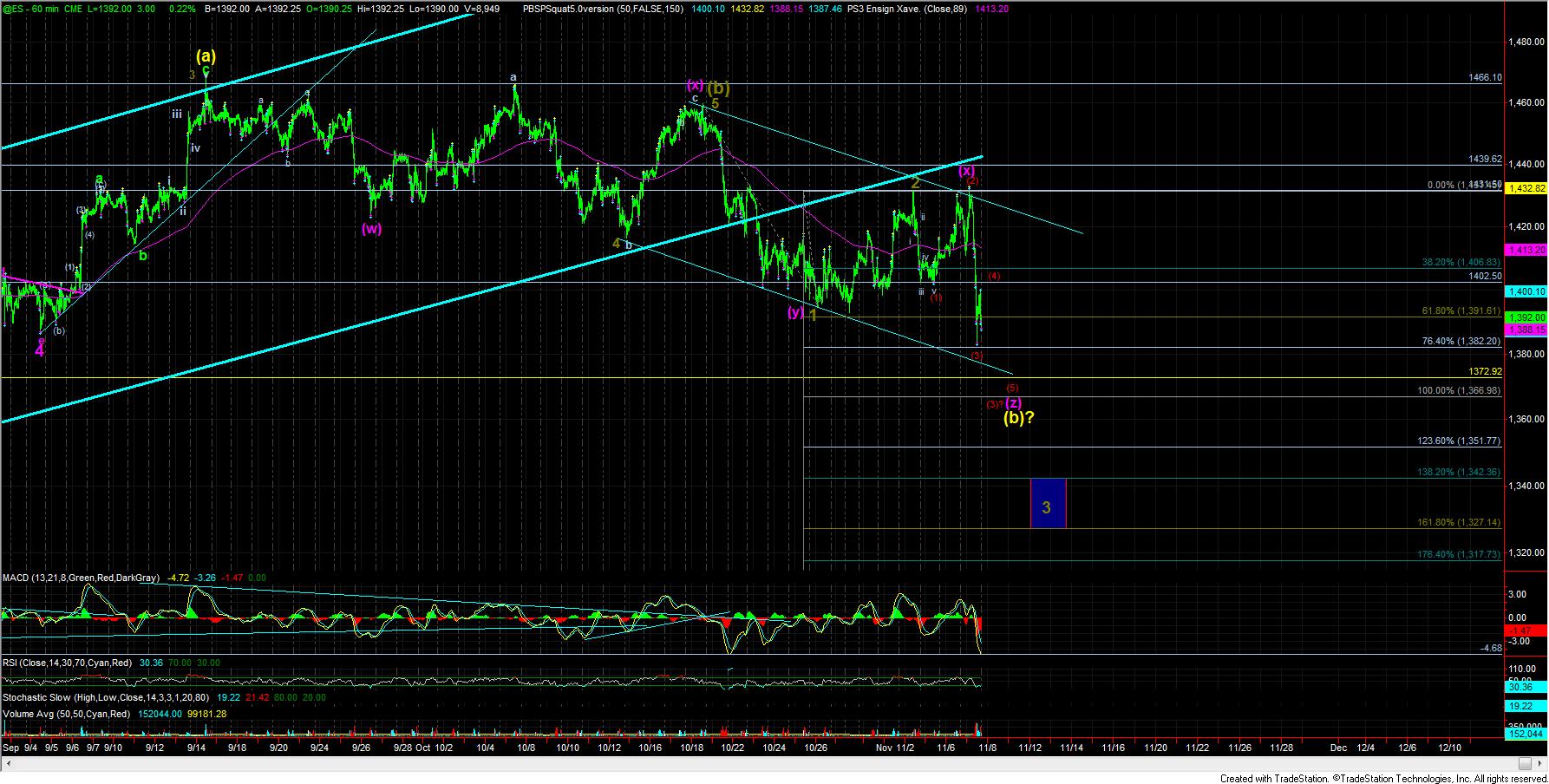