My reasons for driving some of my trading, and this service, to Quantitative approaches, is not only to diversify the approach in the service, and obviously help us all make more money, but also to drive part of the service to simple, measurable results.  Elliott Wave is still a quintessential tool in my box, and one that allows me to take many trades without the deep work I put into algos, just to get even one functional. However, Elliott Wave depends on both subjective and objective measures. And, I have built up an arsenal of trading skills to 'buffer' the subjective concerns. That makes pointing to wave counts as a measure of performance a bit subjective, simply because a count invalidated, doesn't mean one is losing money, and vice versa for a count that is working.

In that spirit, these quarterly algo reviews are going to be a regular 'feature' in the service. They will serve to communicate stats that can drive to risk management levels in the future use of algos. They will highlight needs to adjust, and rework strategies. And, to a degree they'll be a measuring rod for quality in one component of the service.

I present this as if I'm an expert in this work. I am not. I am learning fast but feel I have a lot to learn. But I hope you appreciate the results so far even as I strive to improve. For me, this work has radically changed my trading for the better, not just in crypto, but in other asset classes.

Note that this is not a review on how these algos work and how to use them. For that, please reference this post before asking questions here:

Our 'MOMO' stats for Q4 was a 50% win rate with a skew of 23.66:1. Both of these stats are well above the long term backtests of 37.18% and 2.51:1 respectively. But that reflects the strong trend in the asset, not the quality of the algo. On the flip side this algo has underperformed buy and hold since it's March genesis. That is again a factor of strong trending in GBTC. This algo was chiefly designed to avoid gap downs and outperform buy and hold due to that avoidance. We simply haven't seen a reversal for this algo to avoid as each retrace it exits have been short lived. However, we never know that going in. Markets are uncertain and one should respect the reduced market exposure and ability of this algo to extract as much of the bullish trend.  It will outperform buy an hold as soon as a strong move like March 2020 shows, even more so if we get to a multi-month decline. The latter will happen at some point.

In terms of spotting real problems in statistics, this algo fires too few signals in a quarter and honestly, it takes a year of action to have a significant amount of trades.

Future: I am still looking for candidates to retire this algo as I find the stop a bit lagged and unspecified, the long term win rate to skew comparison a little risky, and it doesn't fair well in MonteCarlo simulation. It has served us pretty well, but these factors raise concern about long term robustness.

I haven't yet landed on a way to get to risk stats for BTCCore since it almost operates as two algos: 50% and 100%. Going forward, I may give two sets of risk management. Because of this 'feature' my snapshot is missing Kelly measures. Further, we only saw one signal in Q4, and much like MOMO, that doesn't give us a significant sample set. That signal fired at $11,299 and now has an unrealized gain of 158%. No complaints, honestly but we need to see more results over time.

Future: I am still looking for candidates to retire this algo, mainly to move us to an algo with a set price stop. I have a candidate running in Tradestation on CME futures that may be our replacement, but I need to study the data further before committing to it.

This algo is a star in my book as it lets us take quick moves in GBTC, has clear price levels, and solid stats. In Q4 with a win rate of 42.85% and skew of 7.85 it performed better in skew than backtests, and slightly underperformed in win rate. These stats allow a trader to take a slightly elevated exposure than the core algo offers and retreat if the trade doesn't work. This algo is a great companion, as a fast signal along side the slow MOMO.

Future: The underpinnings of this algo are also more advanced and robust and allow for re-optimization in the future. I expect some iteration of this algo to stay with us much longer. This weekend, I plan to run some machine learning cycles on this algo mainly to look at the stop. It is possible with the rise in GBTC's price over the last quarter, the 90 cent trailing stop needs an update. 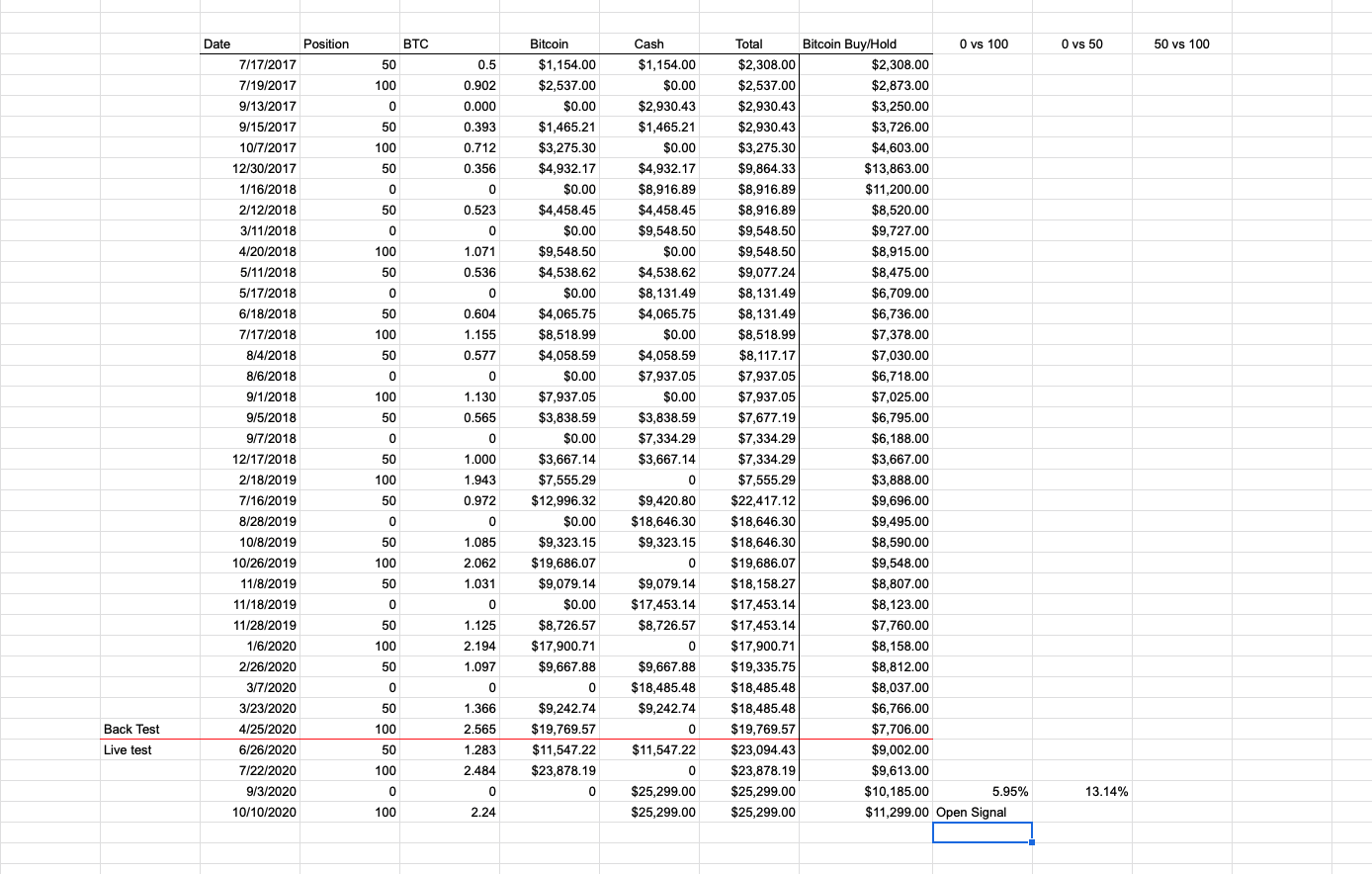