This week's update is going to sound like a broken but if you've payed attention. I like to double down. As mentioned, my tactics completely change when hitting this stage of a bull market. We're coming out of a 4th waves, or have been playing the typical chop of a diagonal. Any trading profit we might have realized is a hard won prize. But when in 4th waves, you must take any profits you can get and that is what I was doing. But 5th waves are a different game with a different plan.

You'll see much less selling from me now. Like I said, I see the cash position the portfolios way too high for this market action. But I don't like to chase positions, so I'm looking for entries. Look at what has occurred. I put a limiter on Litecoin, and it is challenging it. Ether blew past my view. I was dead wrong on EOS. Well, not completely. I called a point of correction to the penny, but it didn't last long and I now must offer a more accelerated view. Again, while EW and pinball don't always lead me to be right, I'd say nearly 100% of the time they tell me what points in the market are important. And, that is what makes it tradeable, not being 100% right.

I use this aspect of EW to feed my instincts. I was wrong quite a few times on the way down from the June highs. But those levels that kept breaking just told me the correction is not done. and risk must be managed. Likewise, if I keeping calling it wrong on the upside, then we're in a bull market folks. Ok, I've called some good ones, but that's not the point. My point is that we have a great barometer in fibonacci pinball. It is objective if we know how to use it.

Again you'll see less selling alerts from me. If they come, they are very important. Rather, I'm going to look for some more entries. In my own portfolio, I'm using my spreadsheet that I posted to begin to shuffle into more lottos. I  like BTS, DGB, SC, SHIFT, EXP, LUN, and RISE for big gains. SC, LUN are particularly low probability. The others look promising at least. While SHIFT and RISE are great examples of both. That said, I'm not going to overdo it. If you do this, you'll need to judge how much to allocate on your own.

The other thing I'm looking at is which charts are really lagging but still bullish. I'm going to also increase my allocation in these charts. I think UBQ, STEEM, XRP, XLM, GAME and PIVX are good ones. See charts. These laggards are not the biggest gainers, XLM aside, but they are likely to power up and we are starting to see coiling.

This is what I mean by 'parlay'. I positioned early, and now have the opportunity to really power up my profit by taking those early gains and pushing the button on some slower rockets.

I hope this really helps on a tactical level, giving you some new ideas. Again, all positioning is up to you. You own your risk. I will always do my best to frame up how I see it, but I too am fallible. 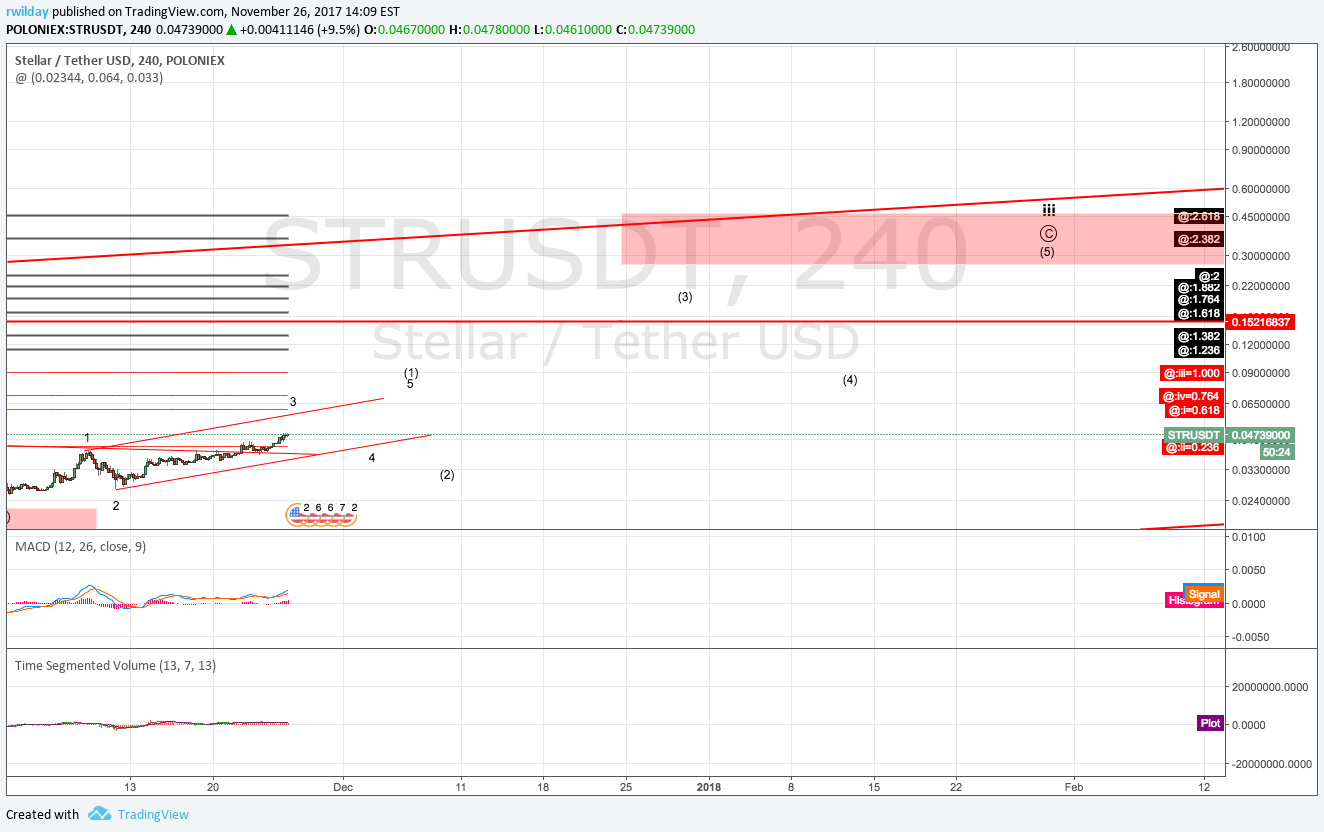 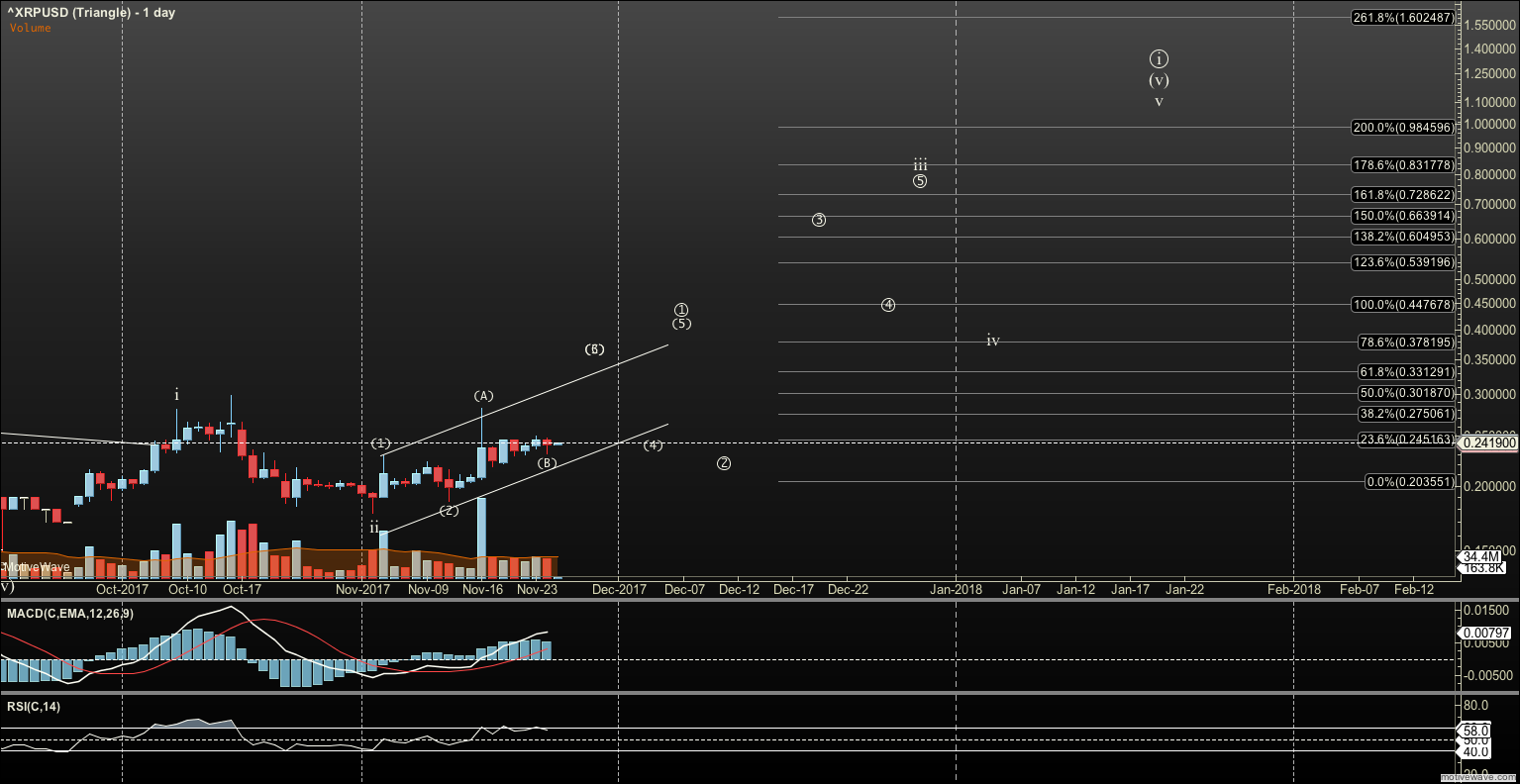 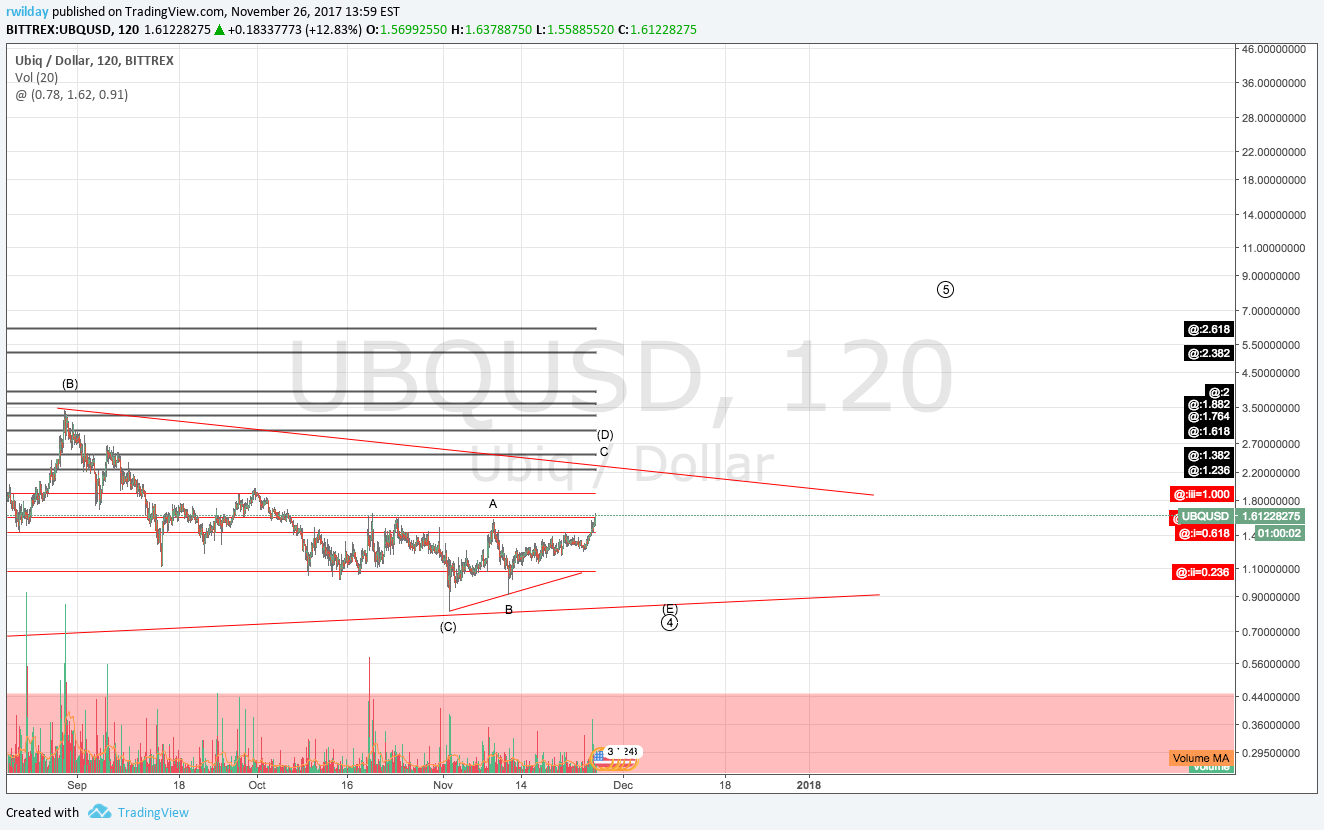 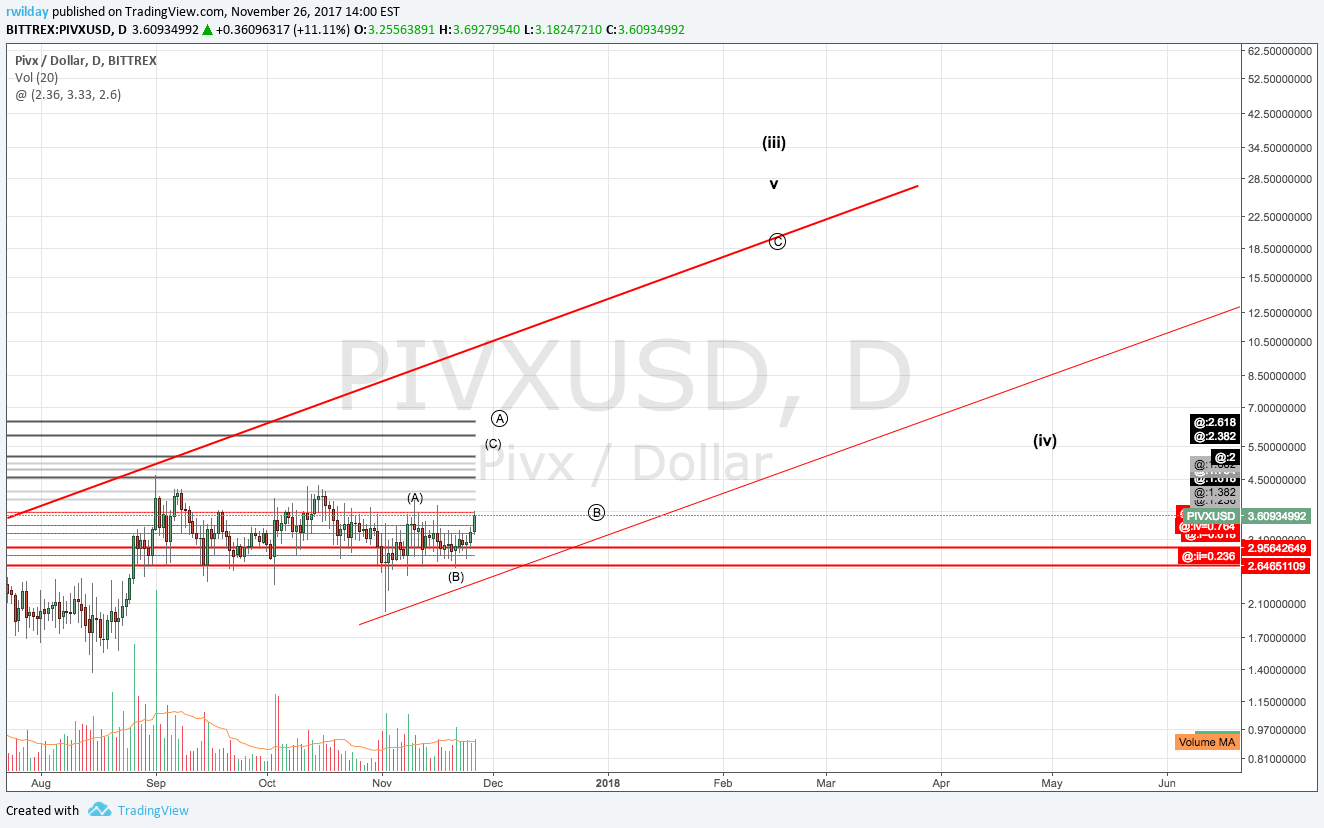