Corrective waves are frustrating, especially of this degree. They give many false starts. Typically sentiment on the board gets quite bad. I see that personally in the PMs I receive, and the general emotion on the board. While during my first six months at EWT, I thought the site generally reflected smart money, over the following 2 years as a member and analyst, I became convinced of the opposite. The site participates in sentiment rather than reading it and fading it.

Regarding  wave four corrections, as I believe Avi has said, 'when in wave 4, take any profit you can, it will be short lived' [paraphrase]. That's the sort of market we are in right now.

If any of you were around in October through December, this same level of frustration should be familar. In some regard this is more frustrating for me. We had many profit taking pops in that time, and the model portfolios actually emerged already profitable. That was a gift, and we haven't seen it yet. Ideally the B wave top in BTC gives us that opportunity.

Now let's back up. I want to be clear that all the work we've been doing here is catching falling knives. Any buys we've made have been low probability bottoms. A high probability entry doesn't happen until we've had a .618 retrace of this entire correction IN FIVE WAVES. Unfortunately, we don't expect to have that in this round. if you look with your mines eye, we don't have enough room for a 5 wave move into the .618 of BTC on the attached chart. It really only gives us room for a 3 wave move. Unless it extends and gives us a 5 wave above that level, we can expect it to present a B wave top and a brutal C wave at least into the $4700 level. Ideally any 5 wave move completes under ATH's but often BTC breaks out and completes the first 5 over ATH. We'll have to watch for that, but it is very much an alternate count.

All this is to say have patience. Be careful when catching knives, but I want to make sure you do know what entails a high probabillity bottom. Until then, we can see many fails, and much frustration to continue. 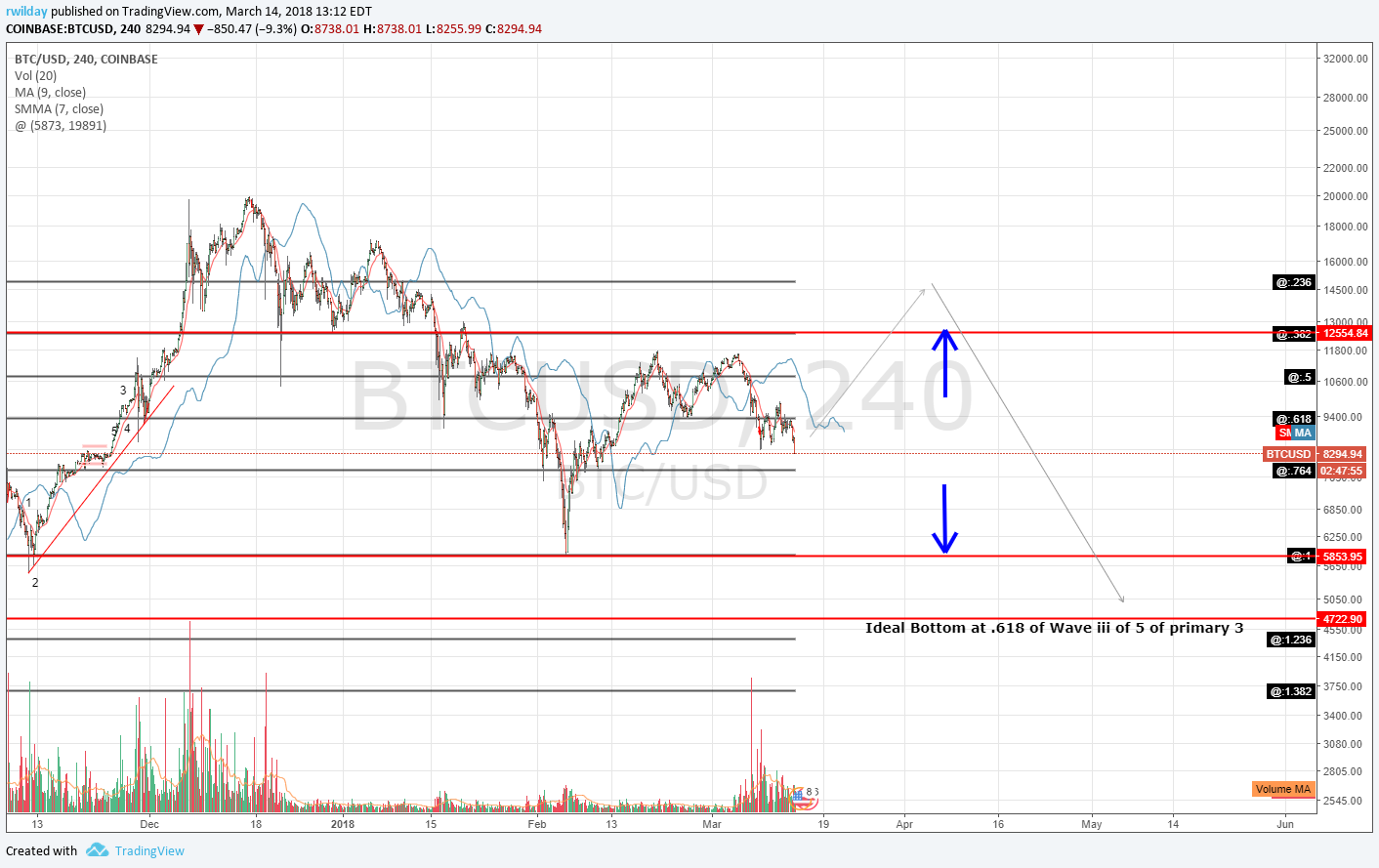