For todays weekend update, I want to address the challenges of trading fourth waves. When entering a fourth wave, you have to assume that 1) you may not hit the correction target, although in cryptos we sometimes go deep, and 2) they shake rattle and roll. I have only been a member of this site for what, two years now, and fourth waves are still my nemesis. That will likely never change.

When I trade wave fourths in equities, I usually dump all but my core position and start burning option premium on both ends (calls and puts). It works. We don't have that luxury in cryptos. What we have in cryptos is some range we don't get in equity. But that doesn't mean one should dump their core, or go wholesale short. I had some nice short trades per the swing tables. I took them myself. But it didn't take long for them to be challenged technically. So, I wanted to preserve profit. What I can say now is that most likely I will not enter any more short trades unless we get an unexpected breakdown.

What I believe instead is that we have scale in opportunities if we do get lower. If we draw a line through the middle of the price range between the ATHs and the correction, anything below that middle is a scale in opp. Again, this should mean you have a core and are just adding. If due to  this shakeout, and some of you not understanding my positions caused you to vacate, you can use that to enter again. Note that entering above that imaginary line may result in chasing and having to HODL for dear life as we go lower. But it's OK if you still preserve cash to buy lower.

Even LTC which I can see of all coins going deeper here based on that spike top,...perhaps even $14. But it also potentially fulfilled a wave 4 correction and is now headed for $200.. I don't know. I'm going to be buying lots of litecoin if we take out the recent low. I don't have any now, and will decide if I want to chase a small position if it starts to run. If so it will be at a reduced size then if I could buy lower.

That said, when trading wave 4's you have to decide how much heat you want to take, especially if something flash crashes and drops below support. I naturally size my core down during these times until the correction starts to look over. It's just risk management. But all in / all out can set anyone but the most nimble for being left behind.

I see the little tokens very differently from the big caps listed below. As many know I've been tracking diagonals. So, the trade is very different. We have corrective structures but are trading higher. PAY, MCO, RISE, and LUN are on the top of my list for immediate gains with LUN and RISE now on the run. But you have to note that these coins are too new and diagonals are hard to trade. One should make sure that they don't put too much in these. A little can create great gain on a percentile basis if they hit. Why take the big risk. I've said this before, I don't recommend putting more than 10% of crypto holdings in the little token/small cap portfolio or however you take trades on them. If following my counts, those are the counts most likely to blow up.

Note that I view a few coins not in wave 4's. BTC appears to be in 2 of an ending diagonal. XRP, and Stratis are still in LD's for wave 1 of wave 5's, for two examples.

PS...charts will be added tonight. Gathering a bit. 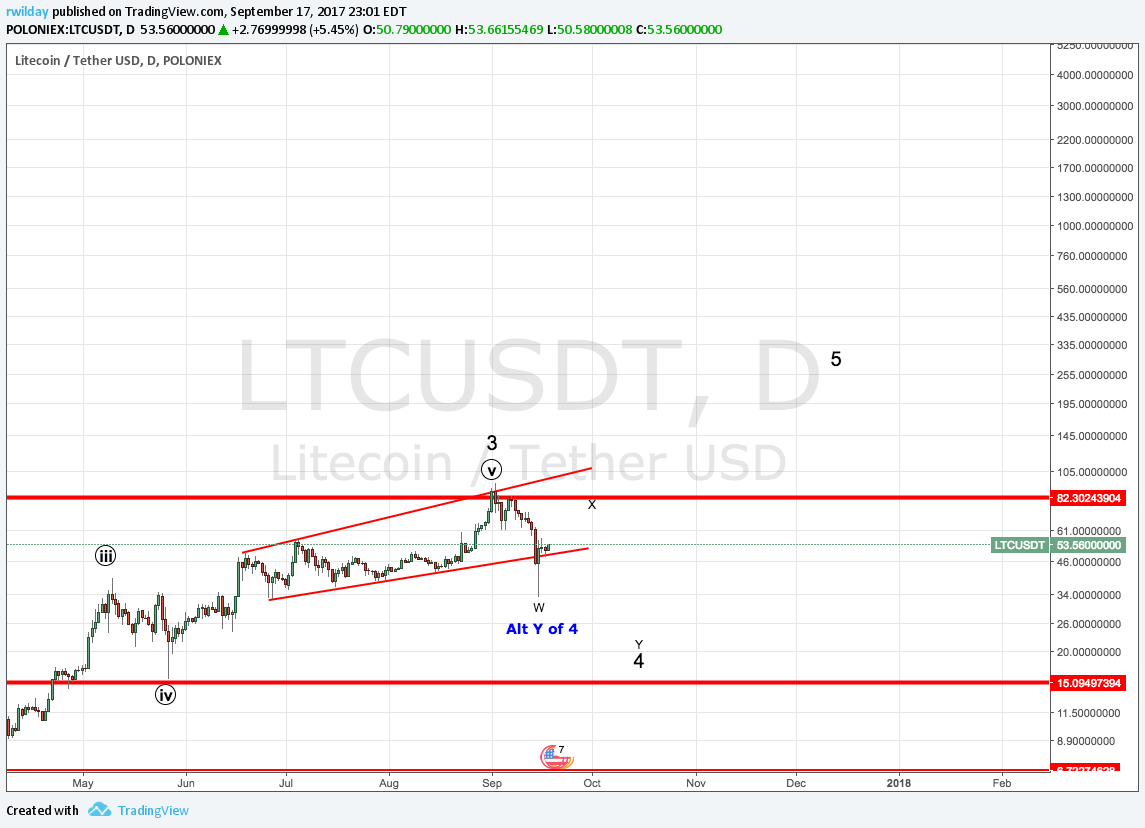 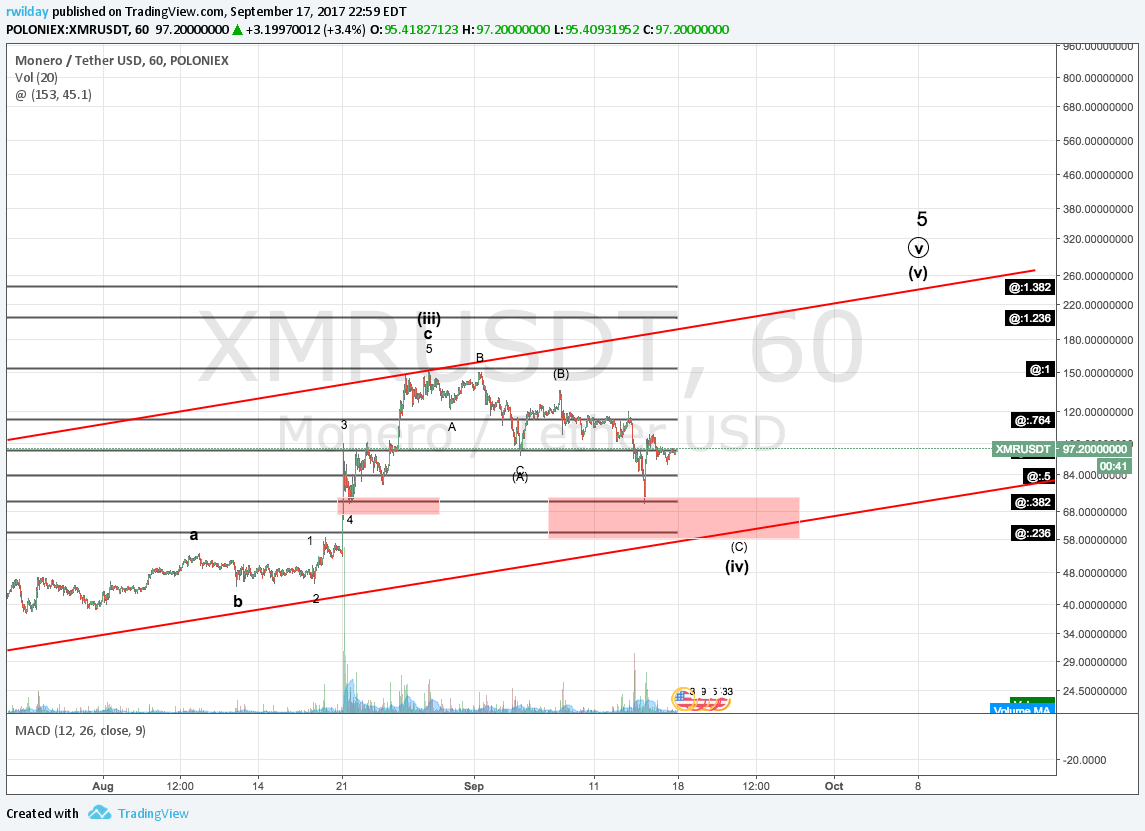 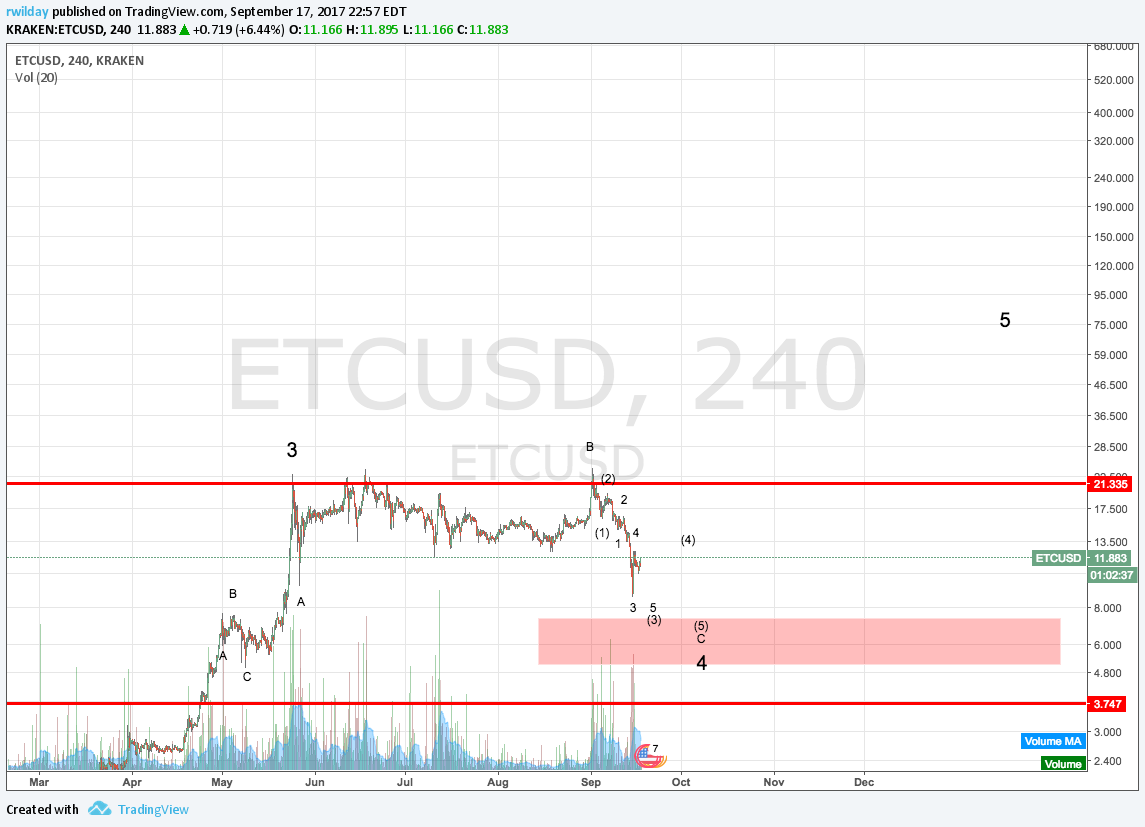 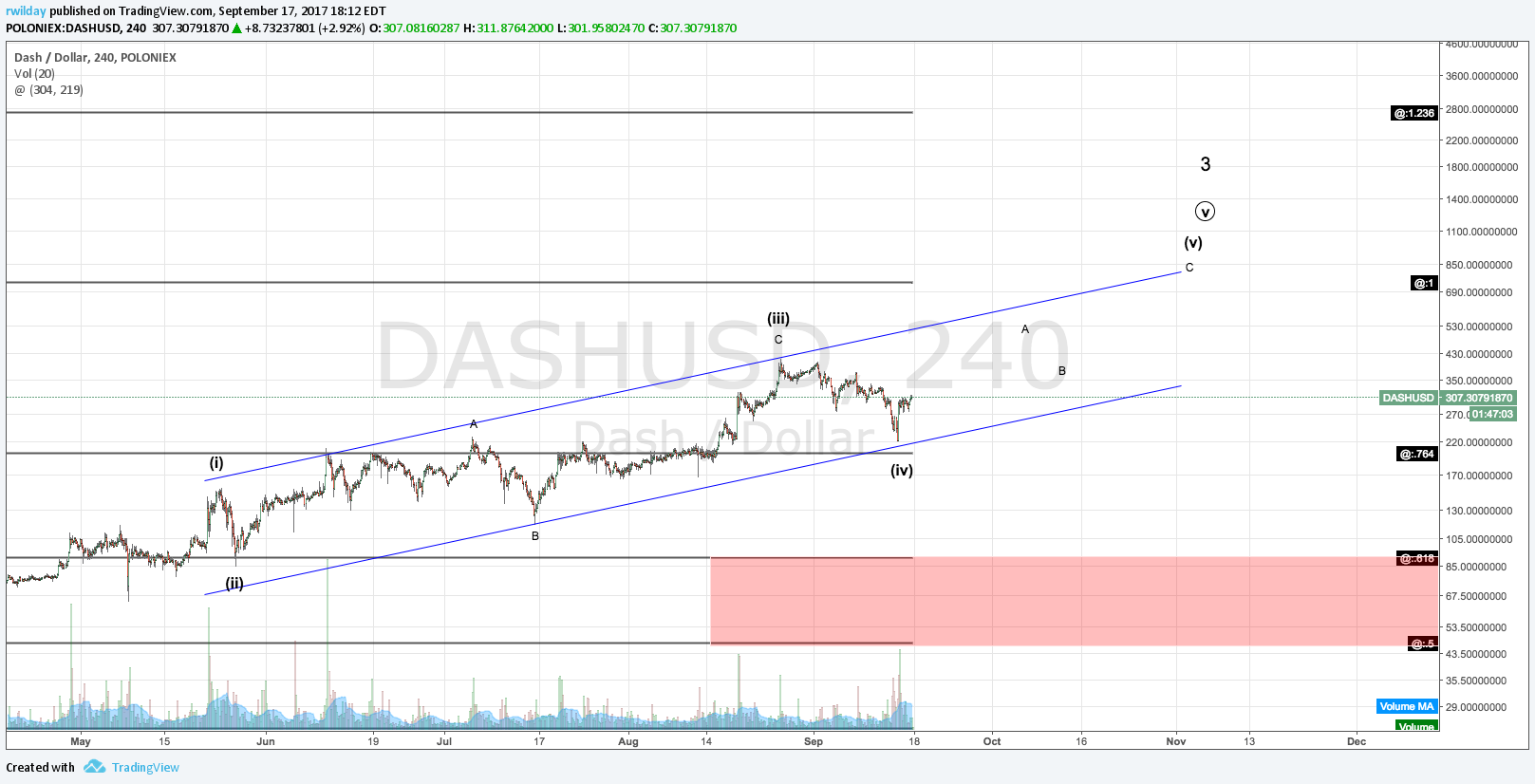