DAX: The DAX traded initially higher last week, reaching overall target resistance for blue wave (b) of ii. However, the pullback since last week’s high counts as only a micro 3 waves, so a larger flat for wave (b) of ii looks very possible before turning back down in blue wave (c) of ii. If that is the case, then price can head back up from here toward 12950 – 13060 again as wave c of (b) before starting wave (c) of ii. Otherwise, a break back below last week’s low from here would be needed to place odds in favor of wave (c) of ii already in progress. 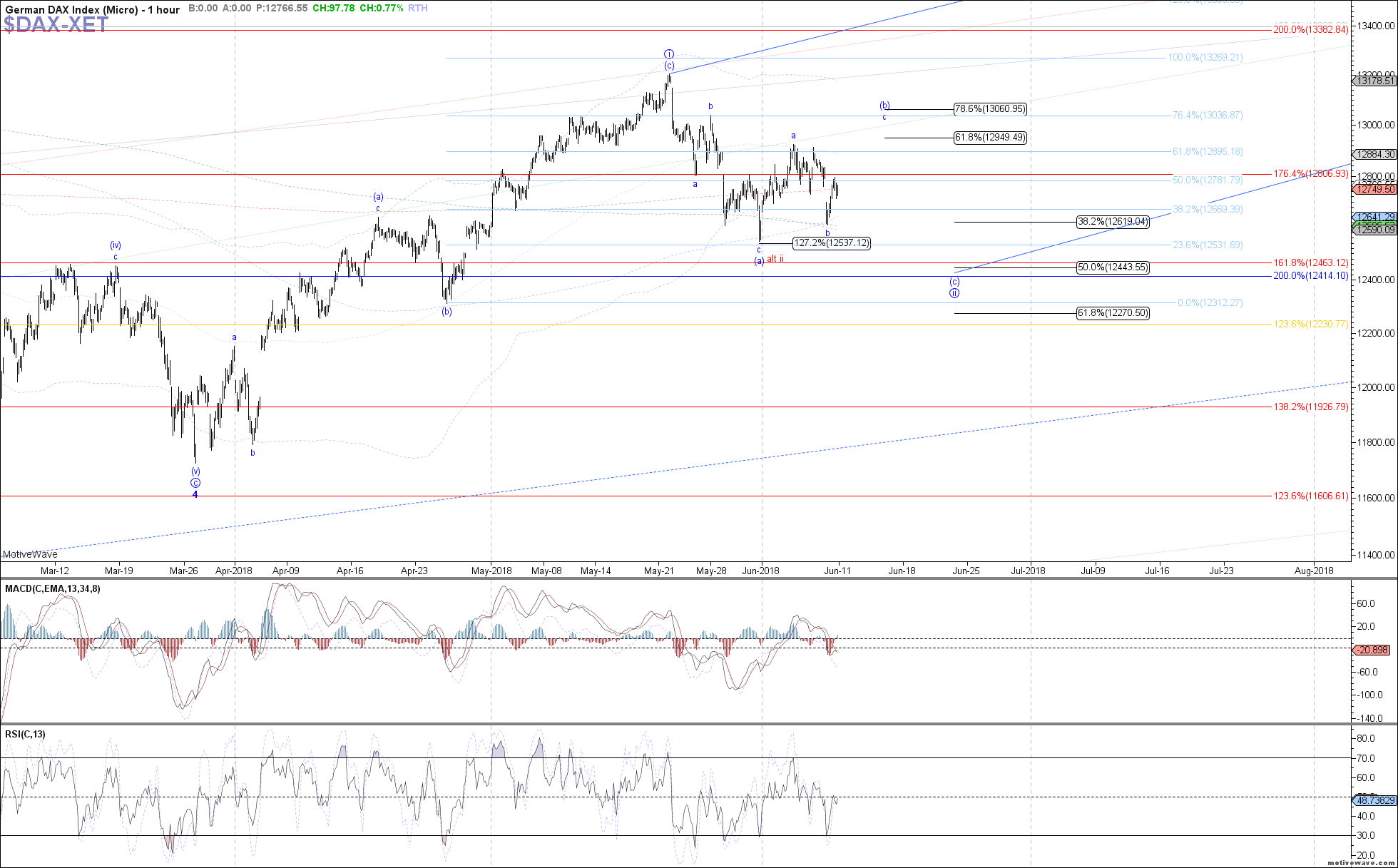 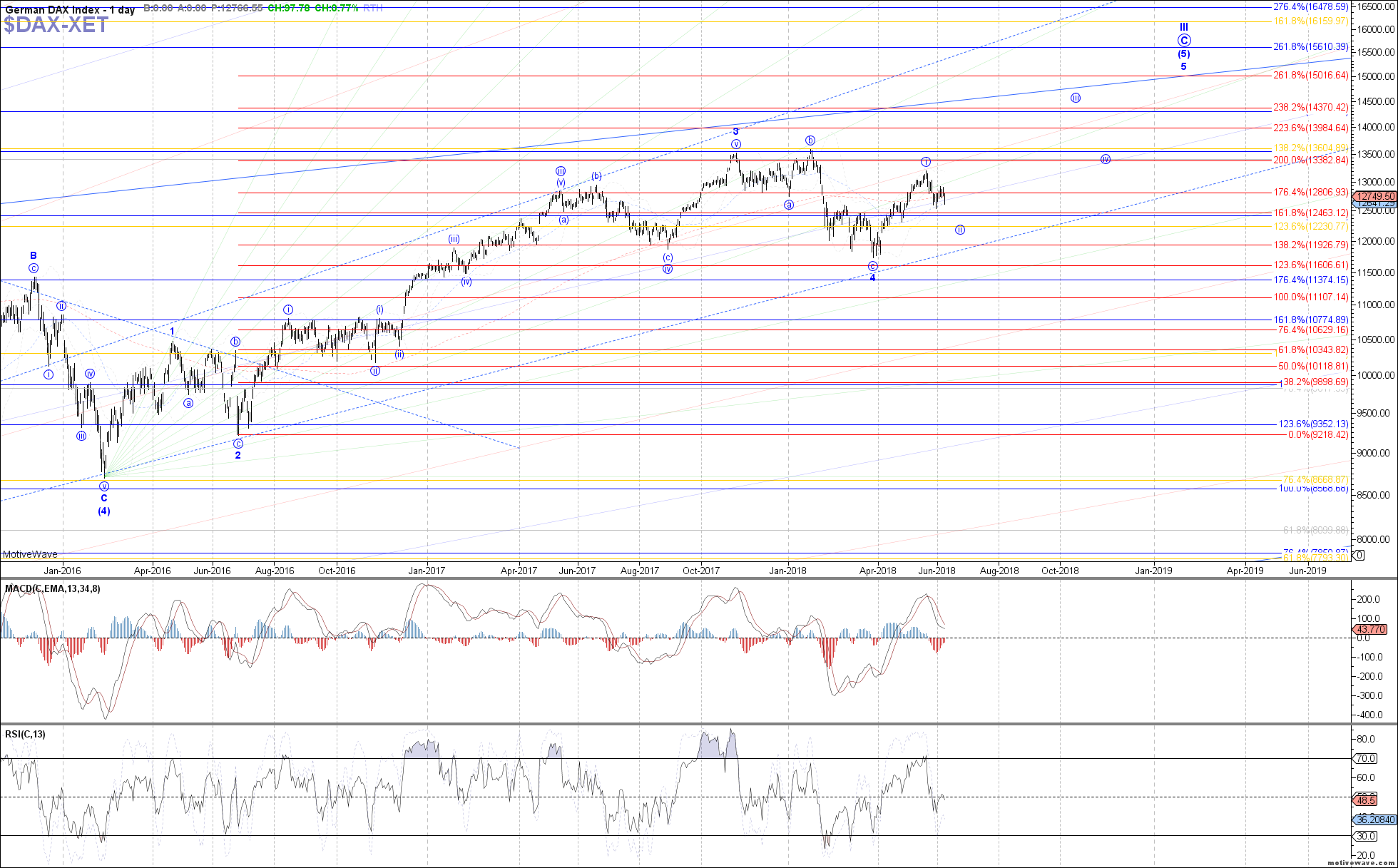 FTSE: The FTSE traded lower overall last week, but otherwise remains above the May 29th low to keep both counts on the chart. A larger flat for red wave (b) of ii similar to the DAX is certainly possible here as well, but I can just as easily make a case for heading immediately lower as red wave (c) of ii already in progress, with 7490 as the ideal target below. Otherwise, 7860 would be resistance if the larger flat is seen instead. 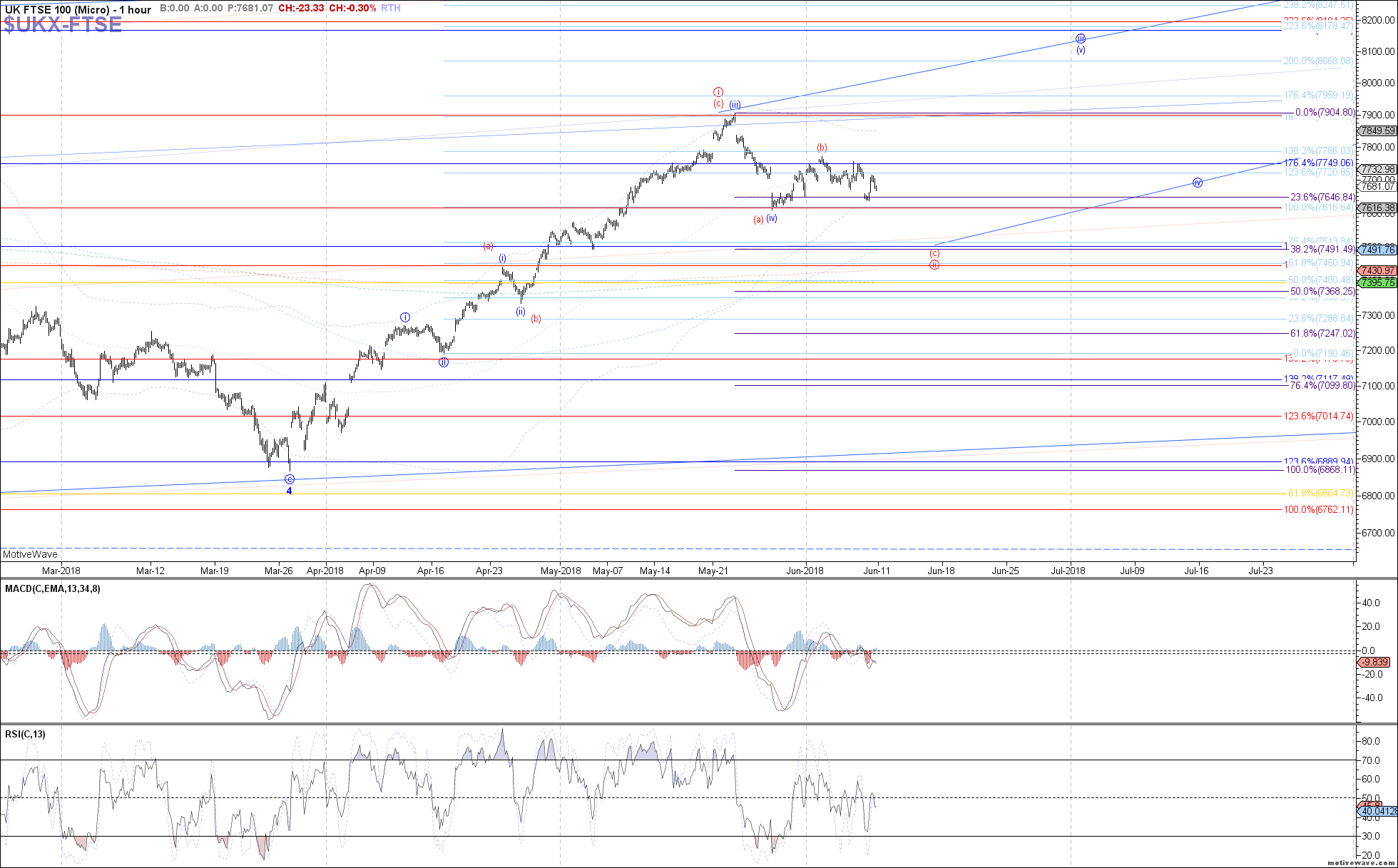 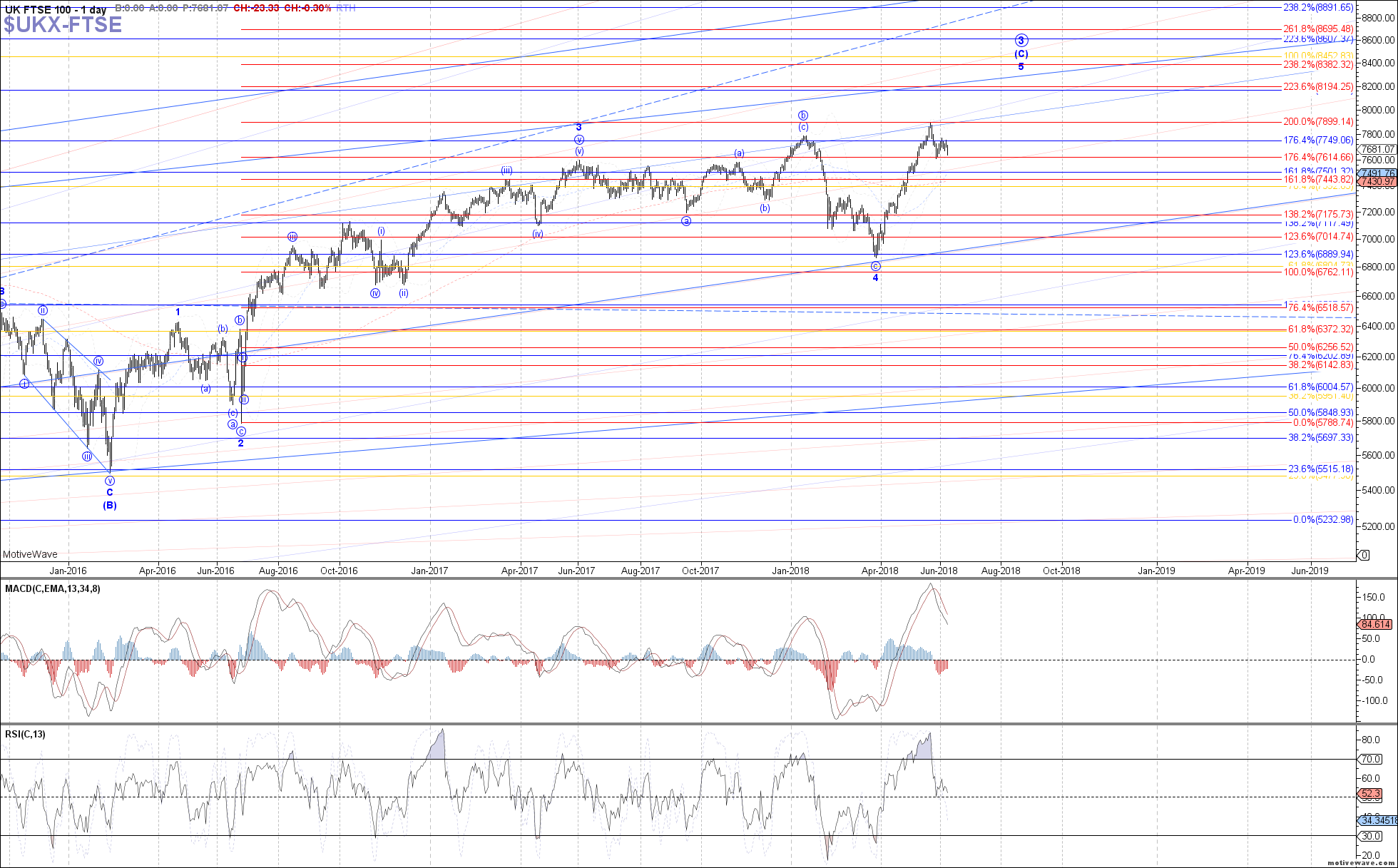 STOXX: The STOXX traded lower overall last week as well, pulling back in 3 waves so far after what still looks like a micro 5 up off the May low. Therefore odds still favor a larger flat here as well, with one more near-term low toward 3410 possible in wave b of (b) first before turning back up in wave c of (b) and heading to 3515. Price would need to break above that resistance to open the door to a larger bottom already in place as all of wave ii shown in blue. 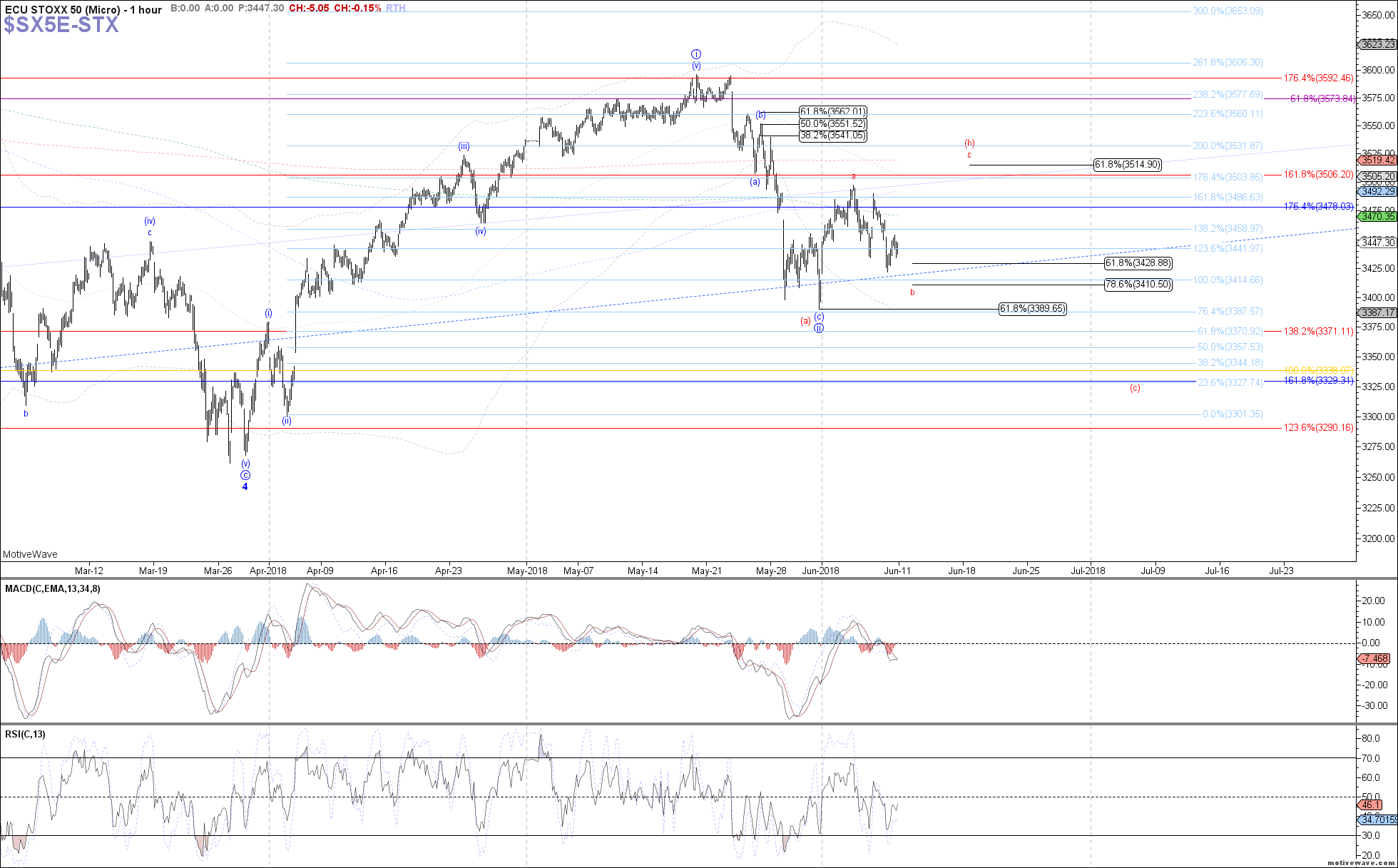 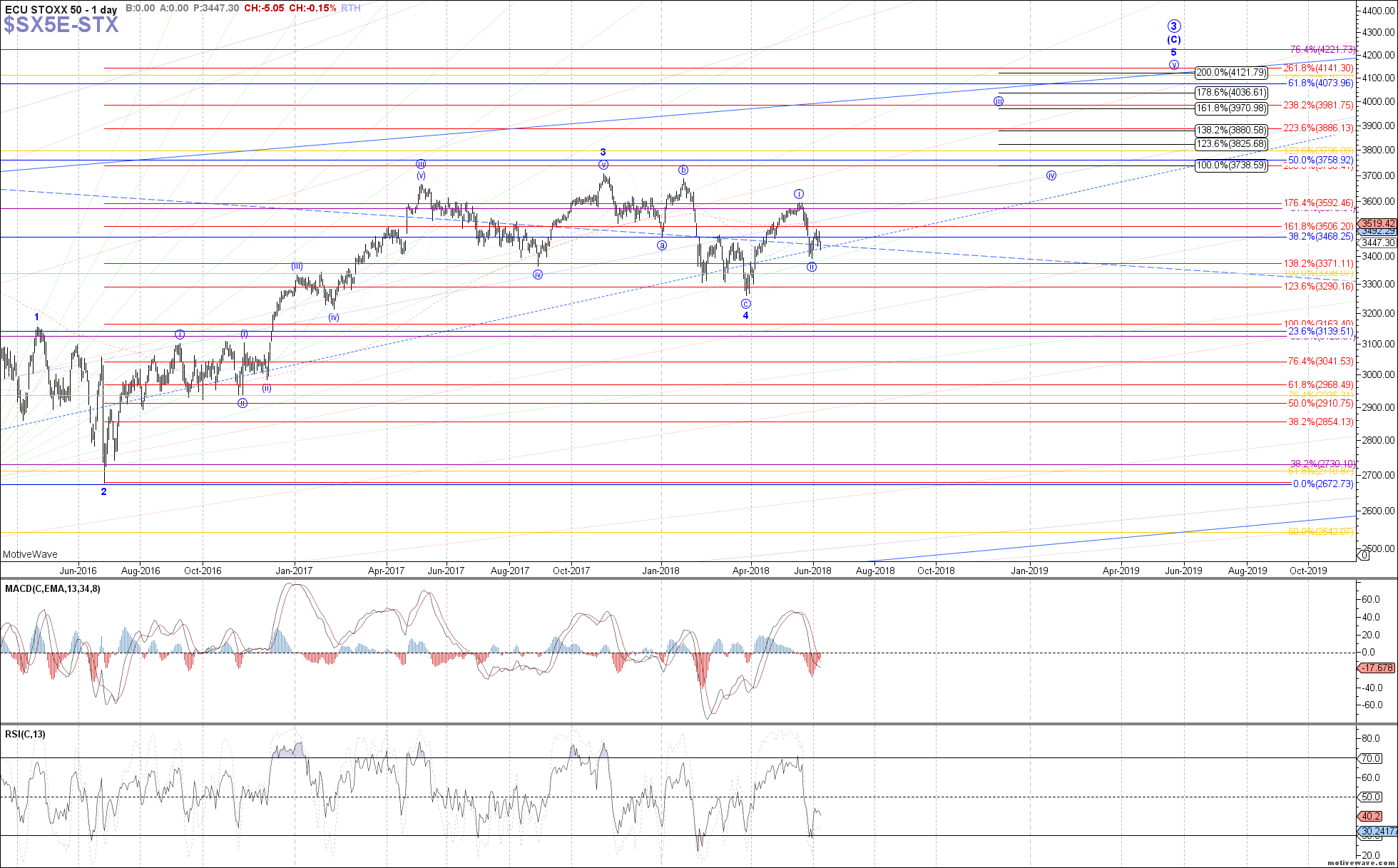 IBOV: The Bovespa saw strong continuation lower last week, getting the lower low that was expected, but overshooting initial fib support. Last week’s low can easily count as the completion of wave v of C, but overall we will still need to see confirmation of such starting with a break back above 74900. Until then, the alternative is that this bounce is a micro 4th wave in wave v of C, with 70800 as the next support below for a micro 5th. 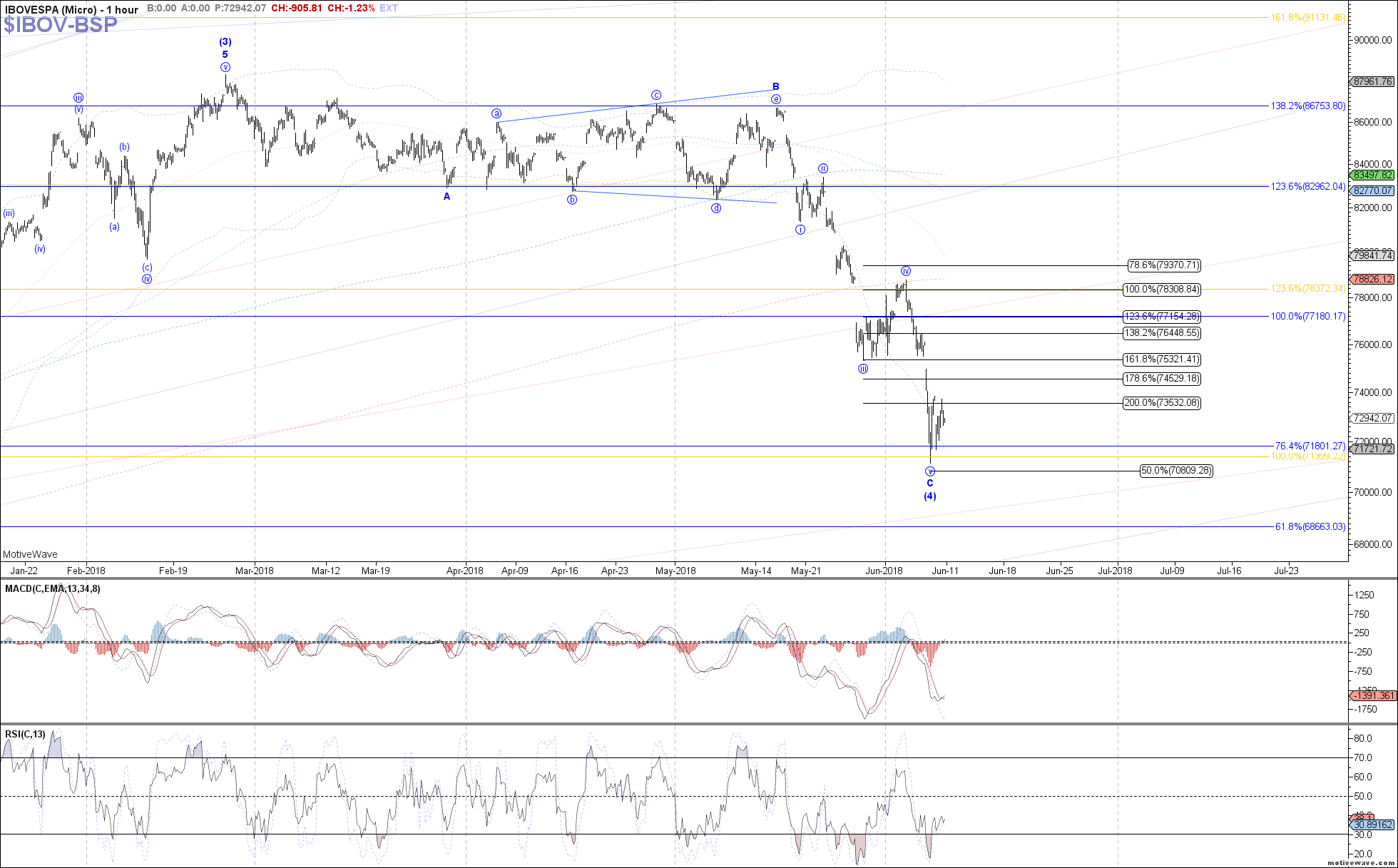 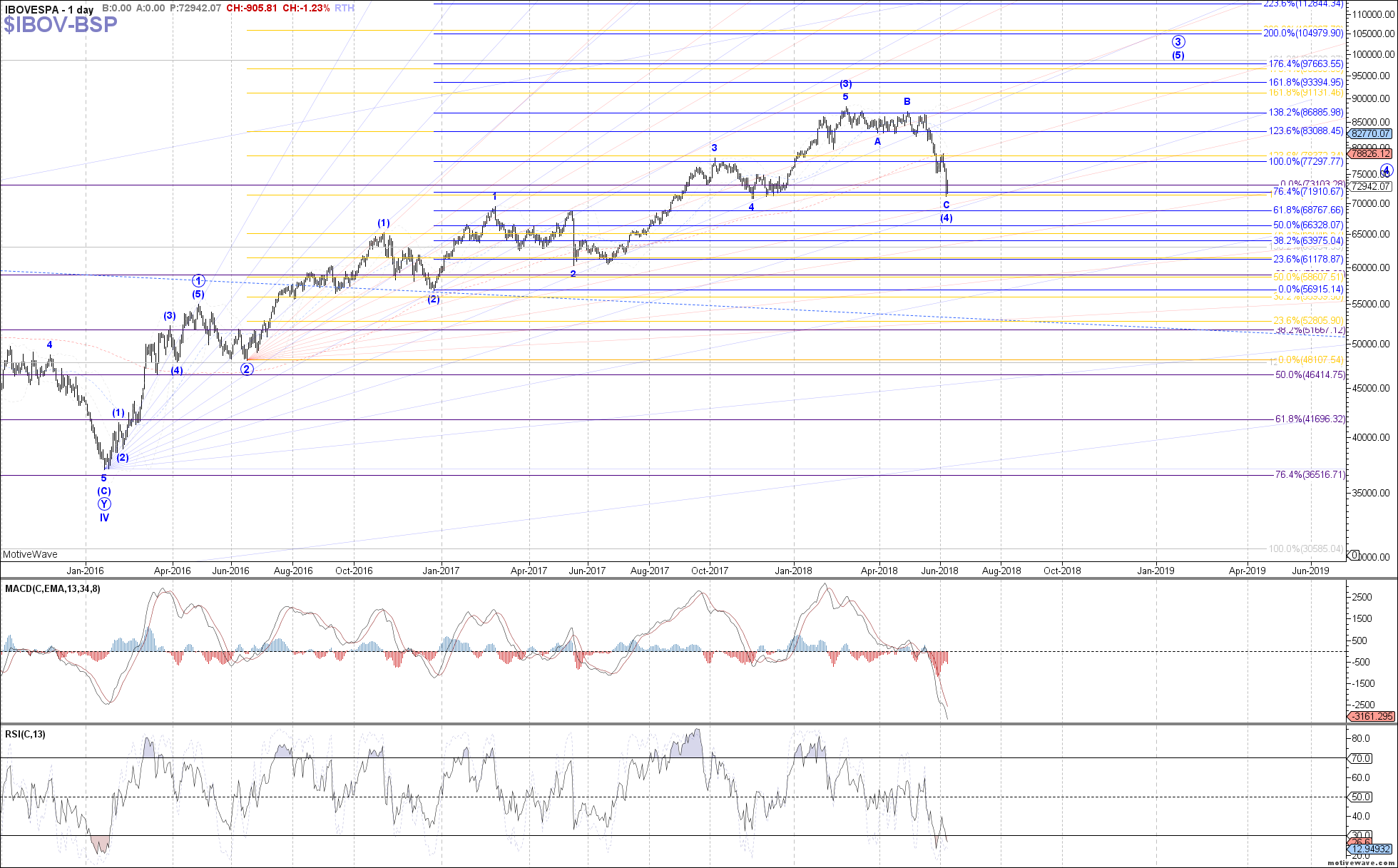 IPC: The IPC traded higher overall last week, increasing odds that a bottom has been struck already as wave Y of (4). Price still needs to clear 46000 next to further confirm that, but as long as we are above 45000 that is the current assumption. If price is working on an impulse off the May low, then 46840 would be the target from here for wave (iii) before consolidating in wave (iv). 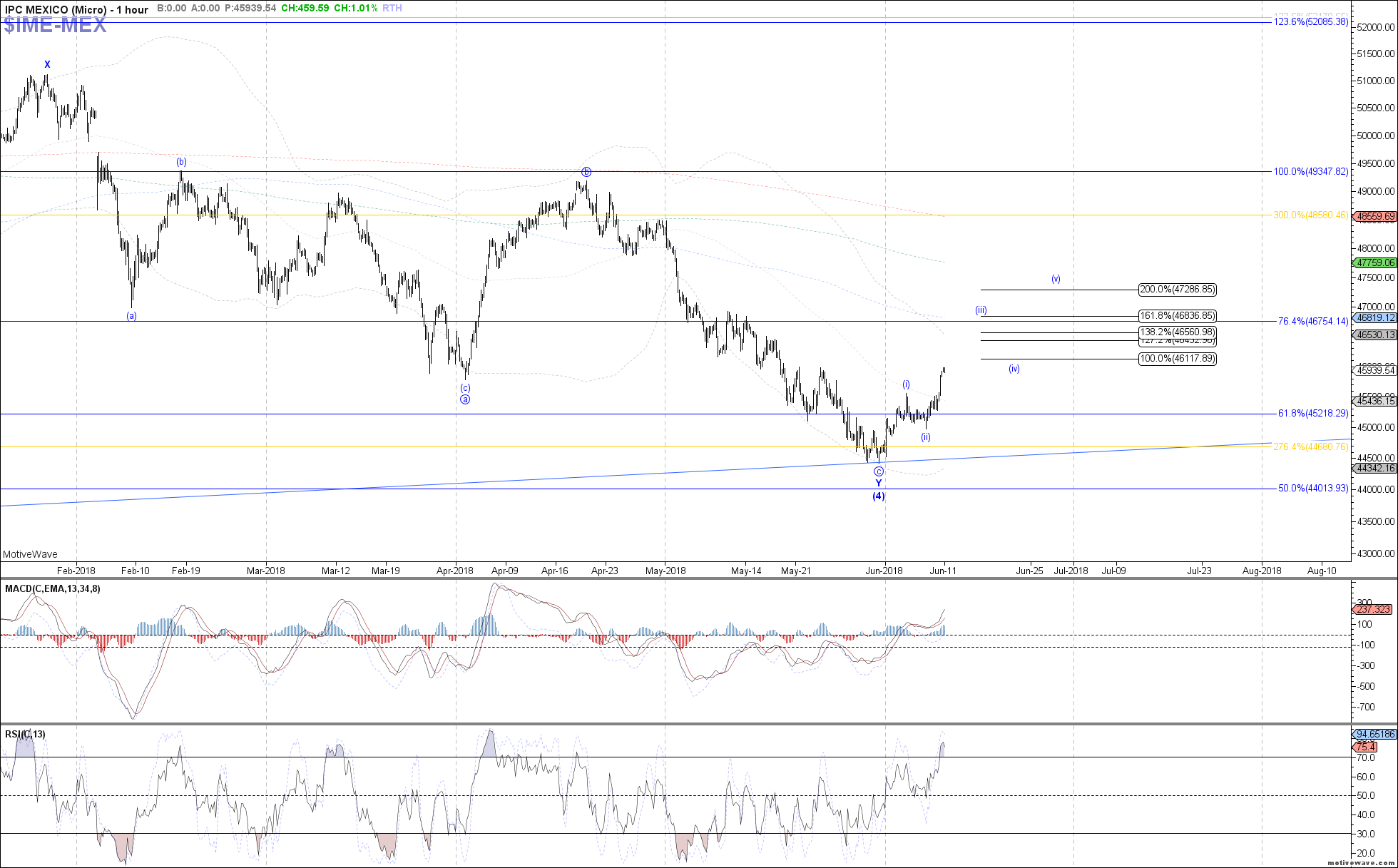 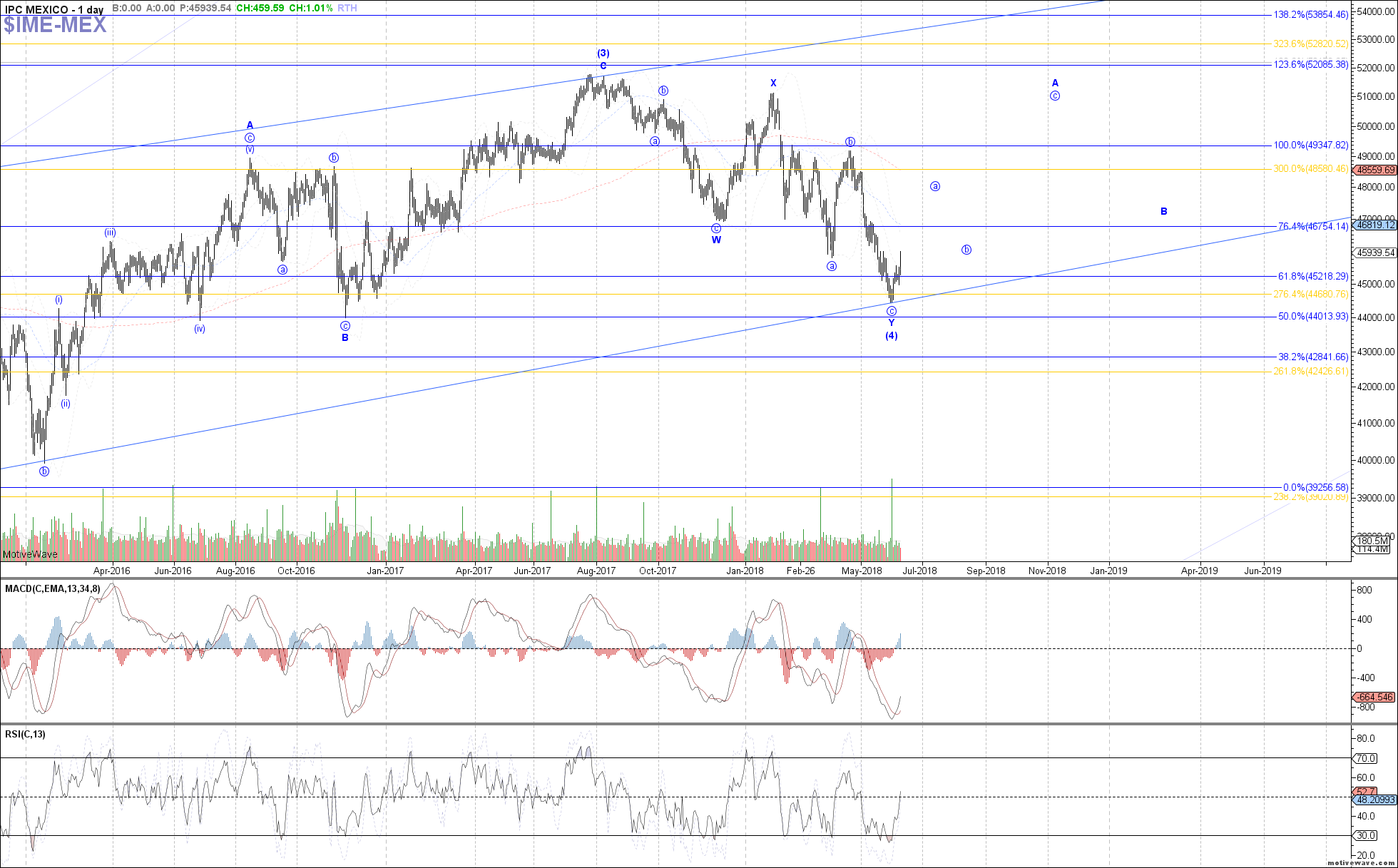