DAX: The DAX continued to bounce last week, reaching the .786 retrace at last week’s high. Therefore, if the potential (i)-(ii) start to a c-wave down shown in red is going to hold, ideally price remains below last week’s high, with a break back below 12645 needed to place probabilities in favor of red wave (iii) of c filling out. Otherwise, the potential (i)-(ii) down does not officially invalidate until a break above the July high, at which point we’re looking at either an extension of red wave b of B or blue wave A. 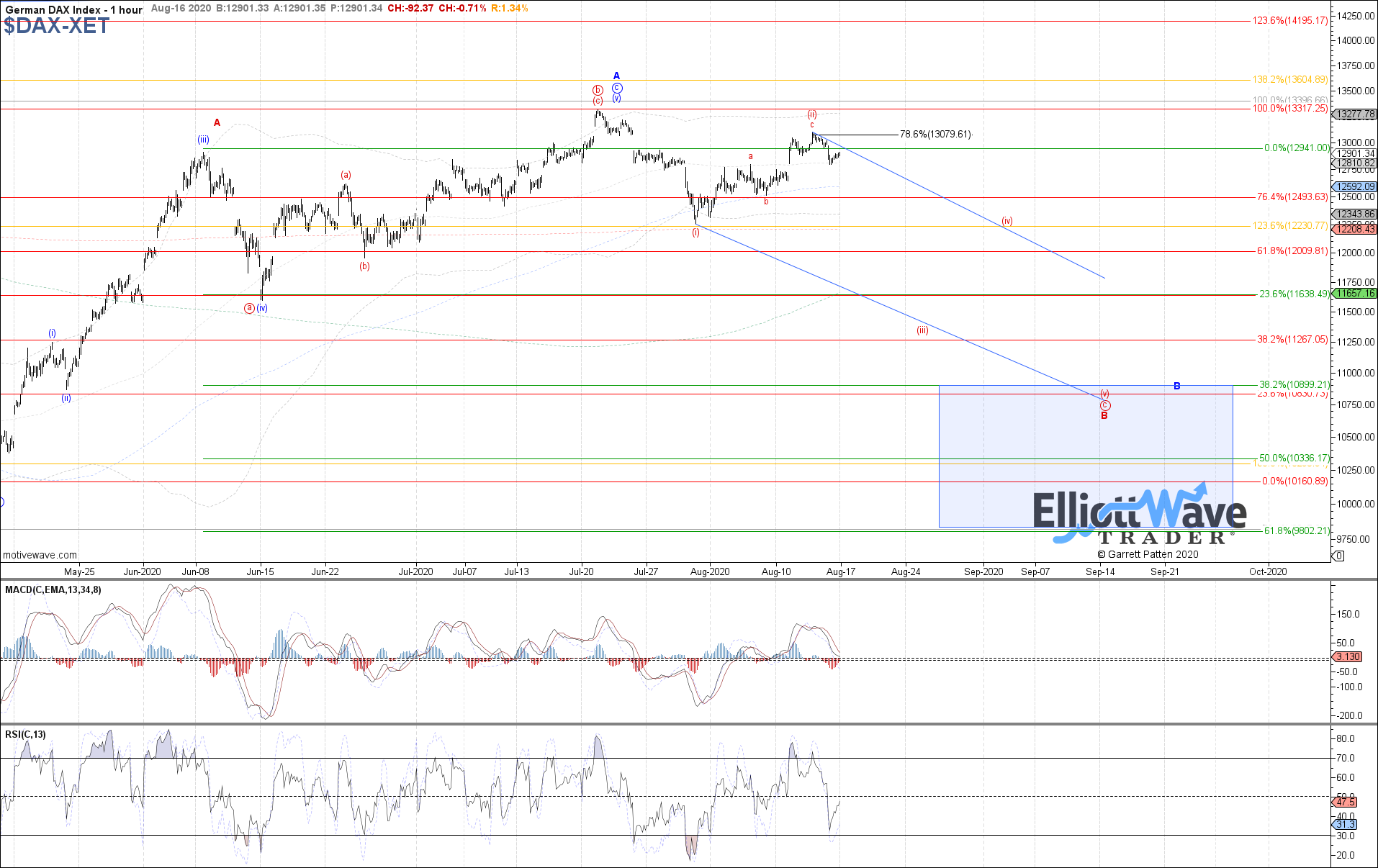 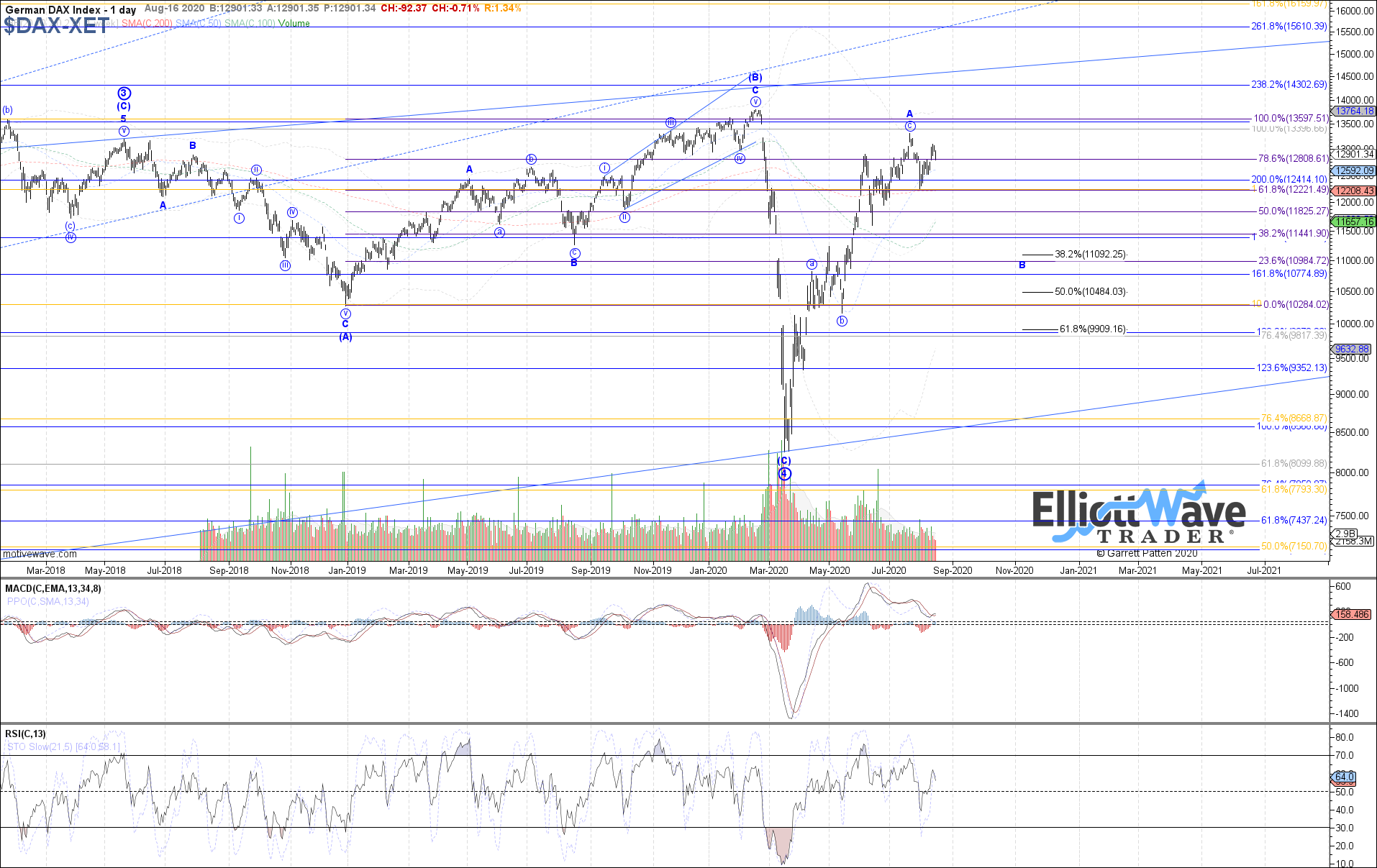 FTSE: The FTSE traded initially higher last week, in this case almost retesting the July high but so far holding below there and turning sharply back down since. Therefore, as long as price is below last week’s high, the potential (i)-(ii) start to wave c of B lower remains operative, with a break below 5980 signaling that wave (iii) of c is likely filling out. Otherwise, if price fails to hold below last week’s high, the alternative is a larger a-b down from the June top shown in red. 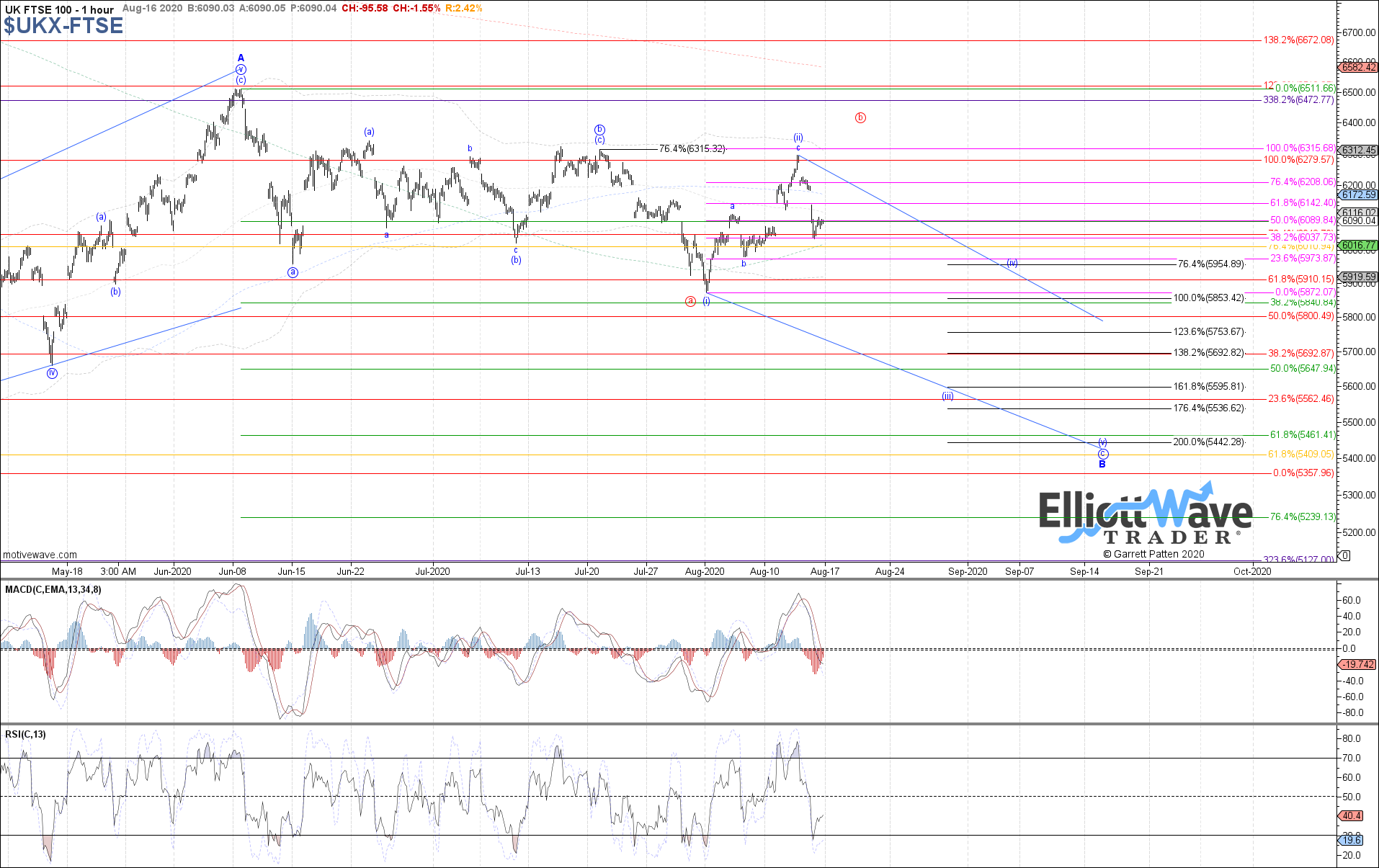 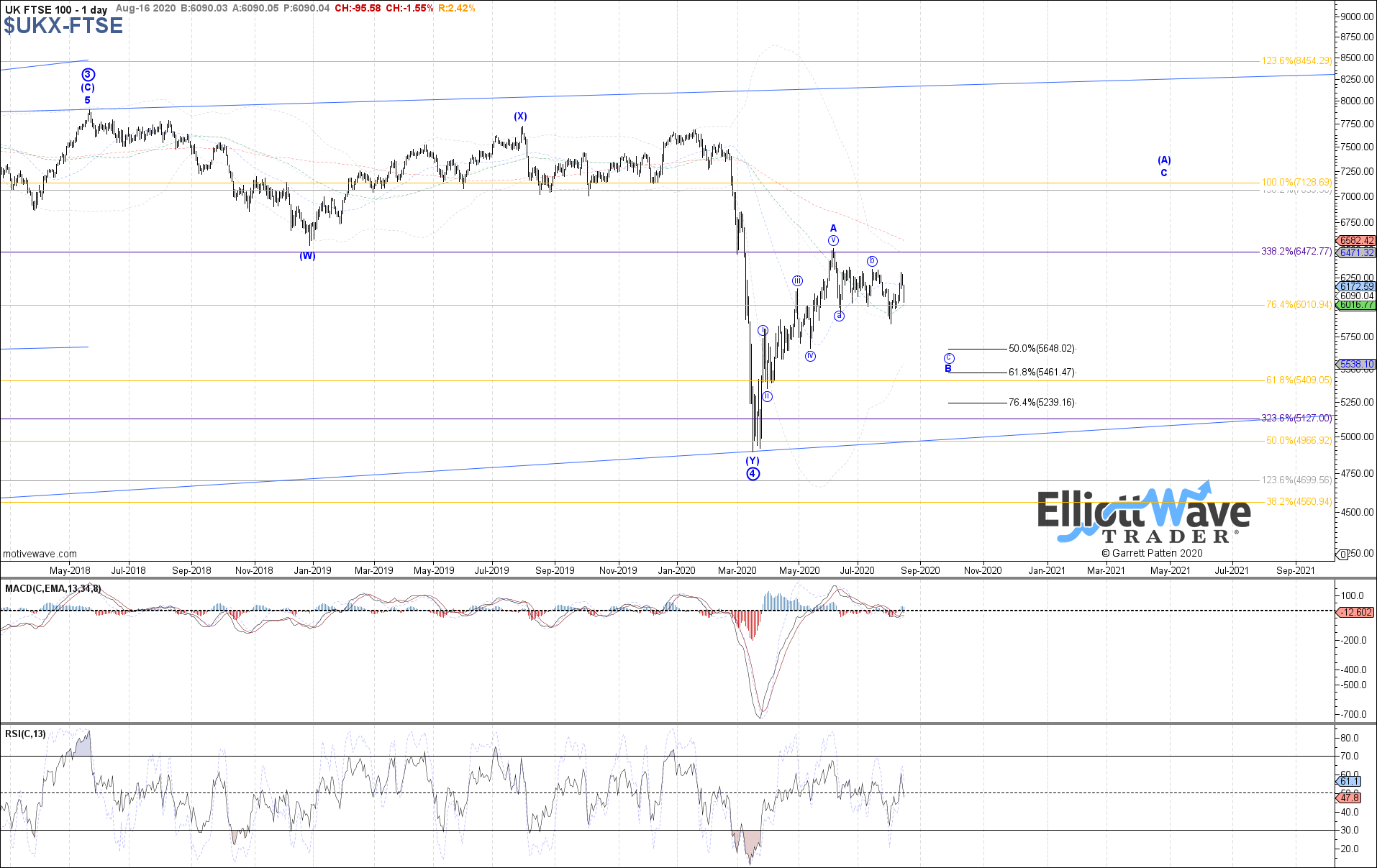 STOXX: The STOXX initially continued to bounce as well, coming close to testing the .786 retrace at last week’s high similar to the DAX. Price has since curled back down, so price should remain below last week’s high to maintain the potential i-ii start to a C-wave down in red as probable. Otherwise, the potential i-ii down does not officially invalidate until a break back above the July high, at which point we’re looking at either an extension of red wave B of (2) or blue wave (1). 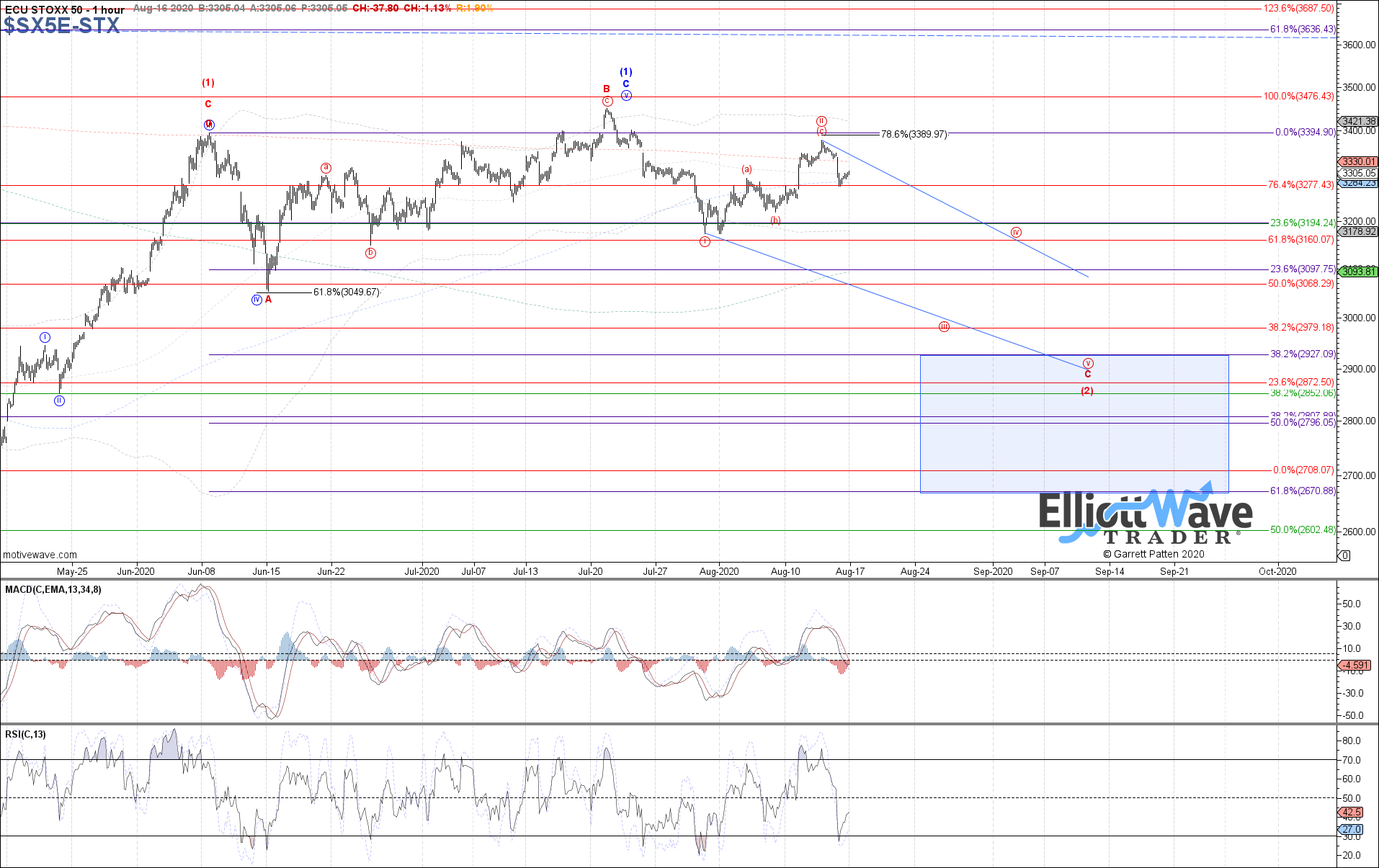 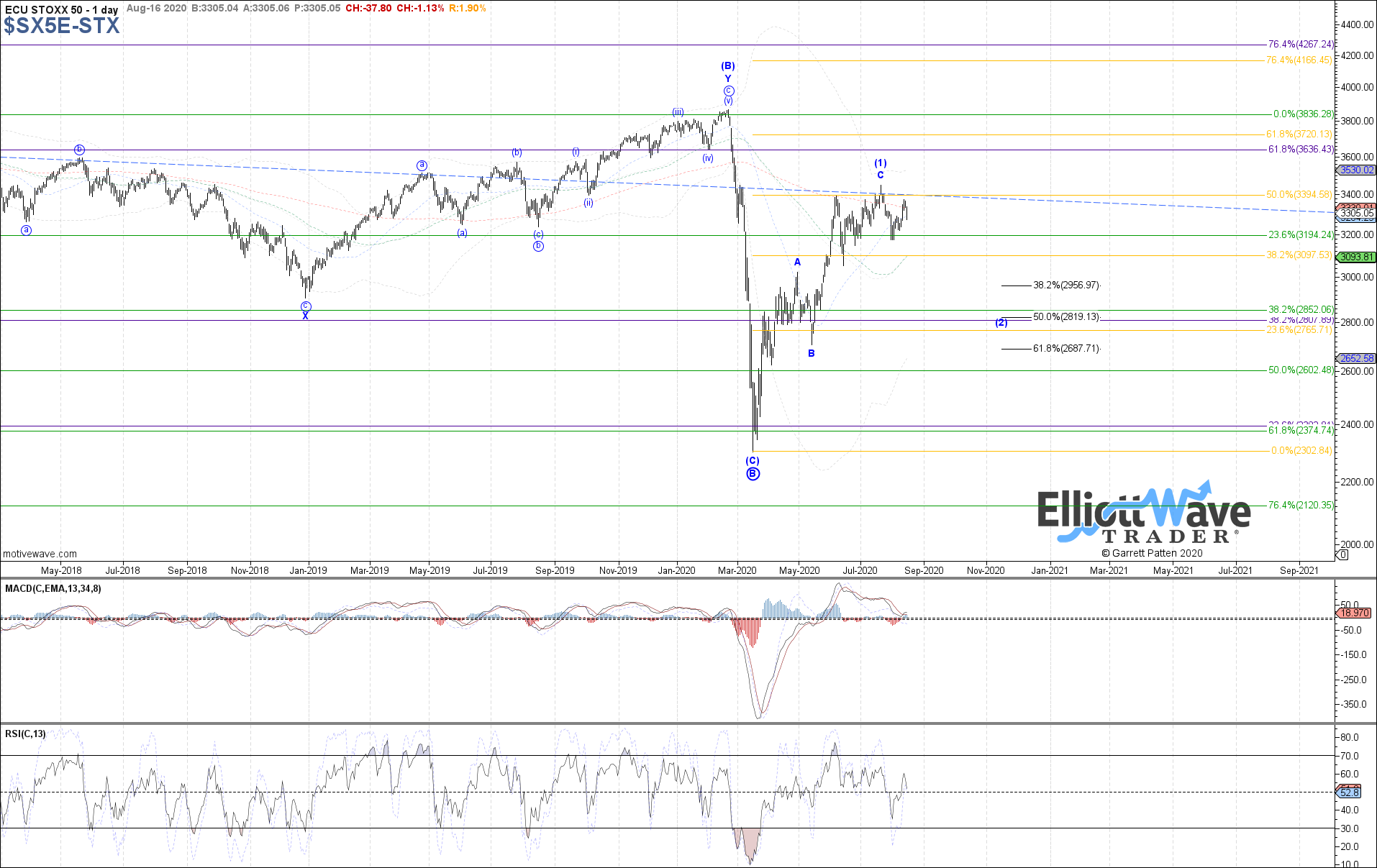 IBOV: The Bovespa curled down slightly last week, but so far is still holding above the August low. Therefore, the potential for price to still attempt one more high as an extension of wave v of C remains possible, but with diminishing odds. Technically price can even break briefly below the current August low as a wider flat for red wave (iv) off the July high, but below 98200 and probabilities shown be firmly in favor of a top in place. 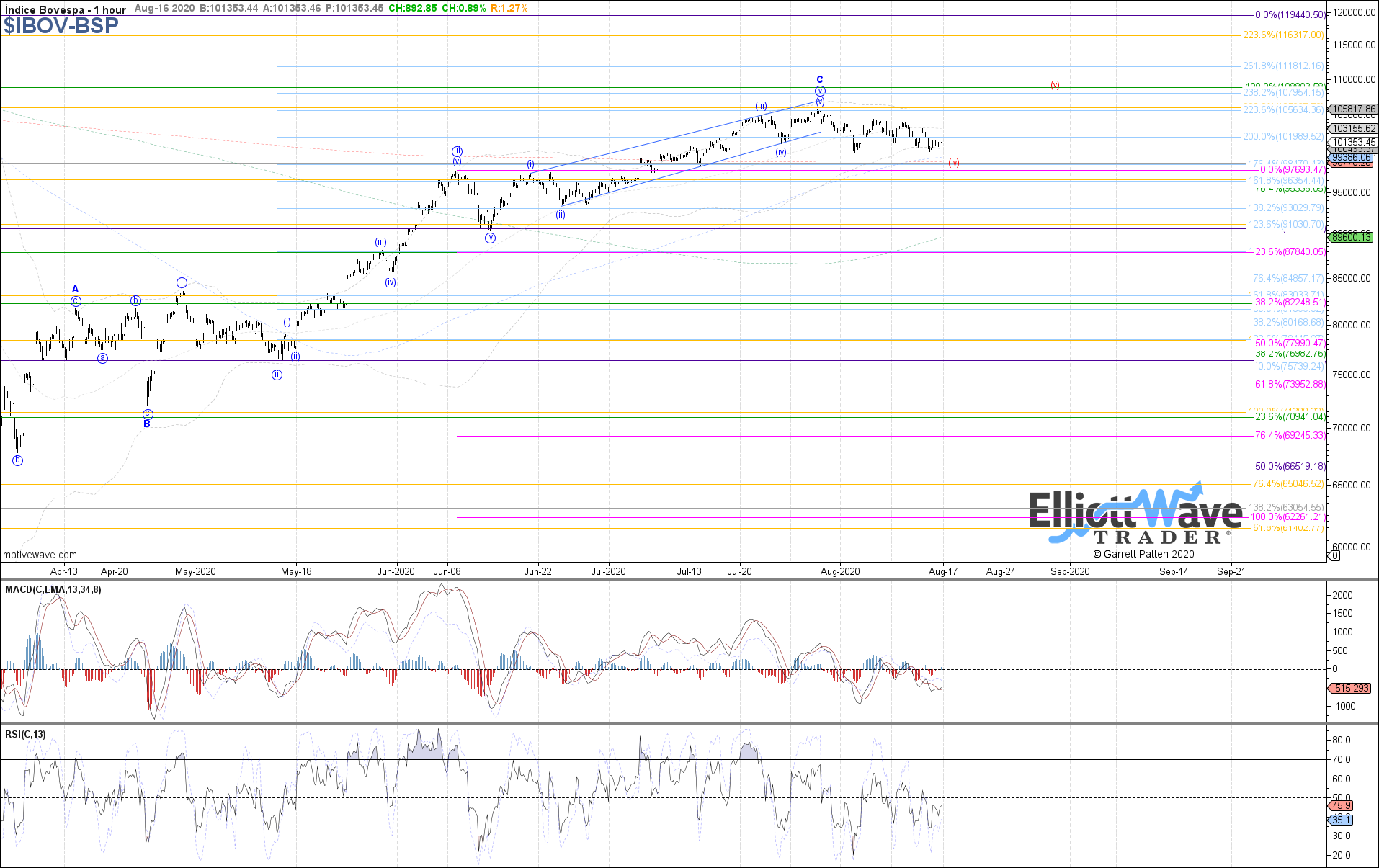 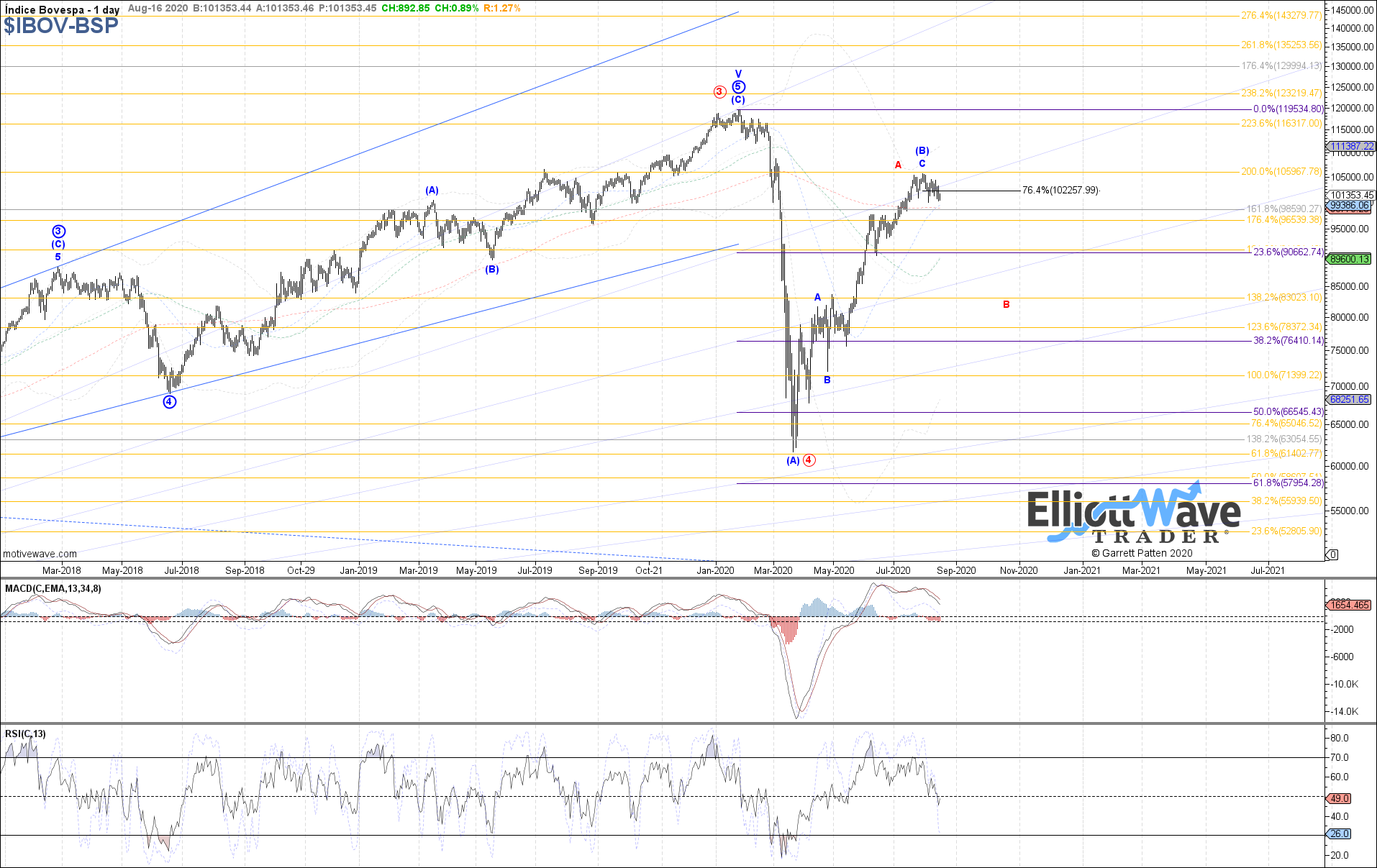 IPC: The IPC continued higher last week, still stretching in wave (c) of b. Price is currently testing the .764 retrace at 39010, but with no indication of a local top being attempted yet. A break back below 38350 is needed as the first warning sign of weakness, with better confirmation of a local top below 37700. Until then, further near-term upside in wave (c) of b is possible. 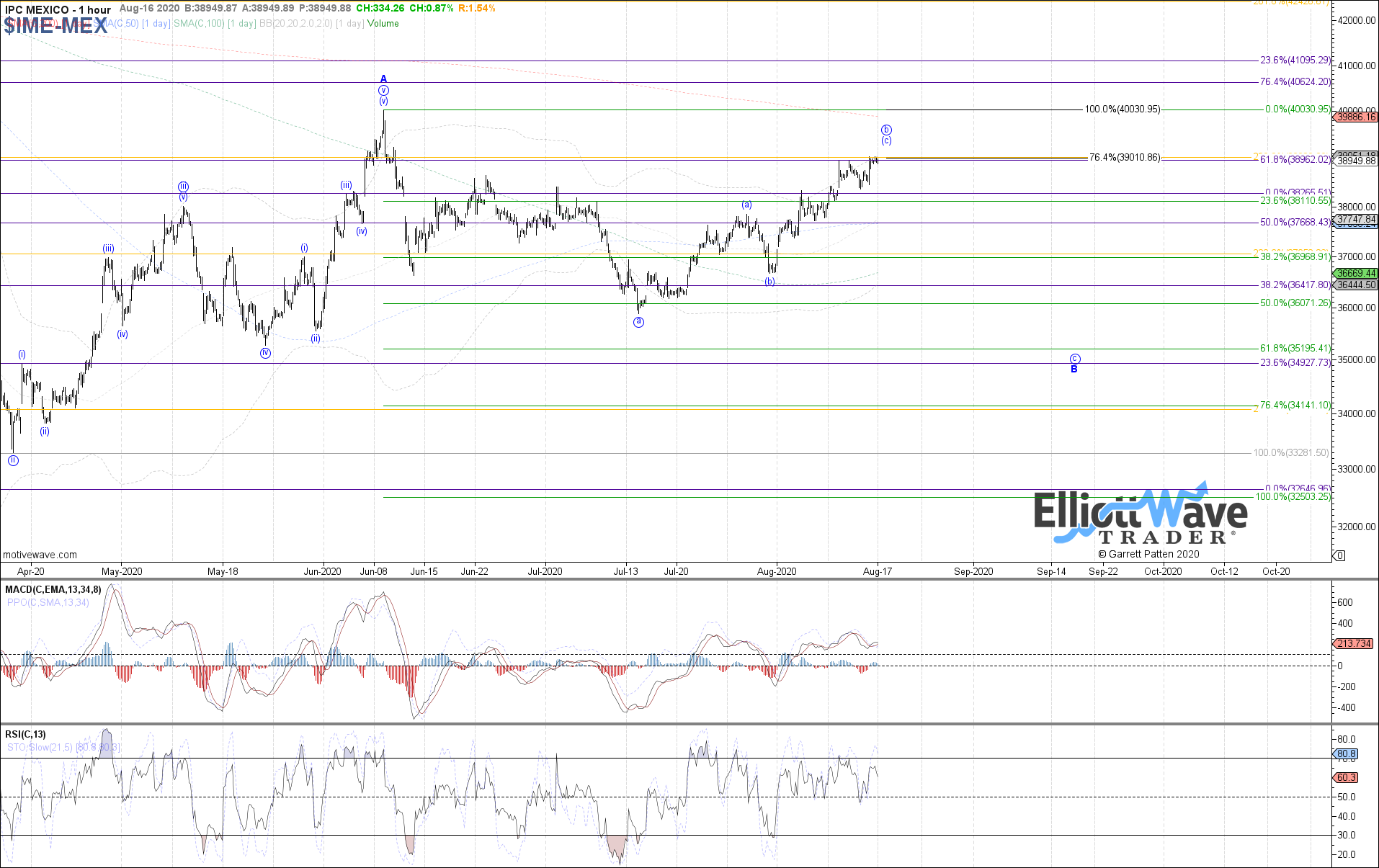 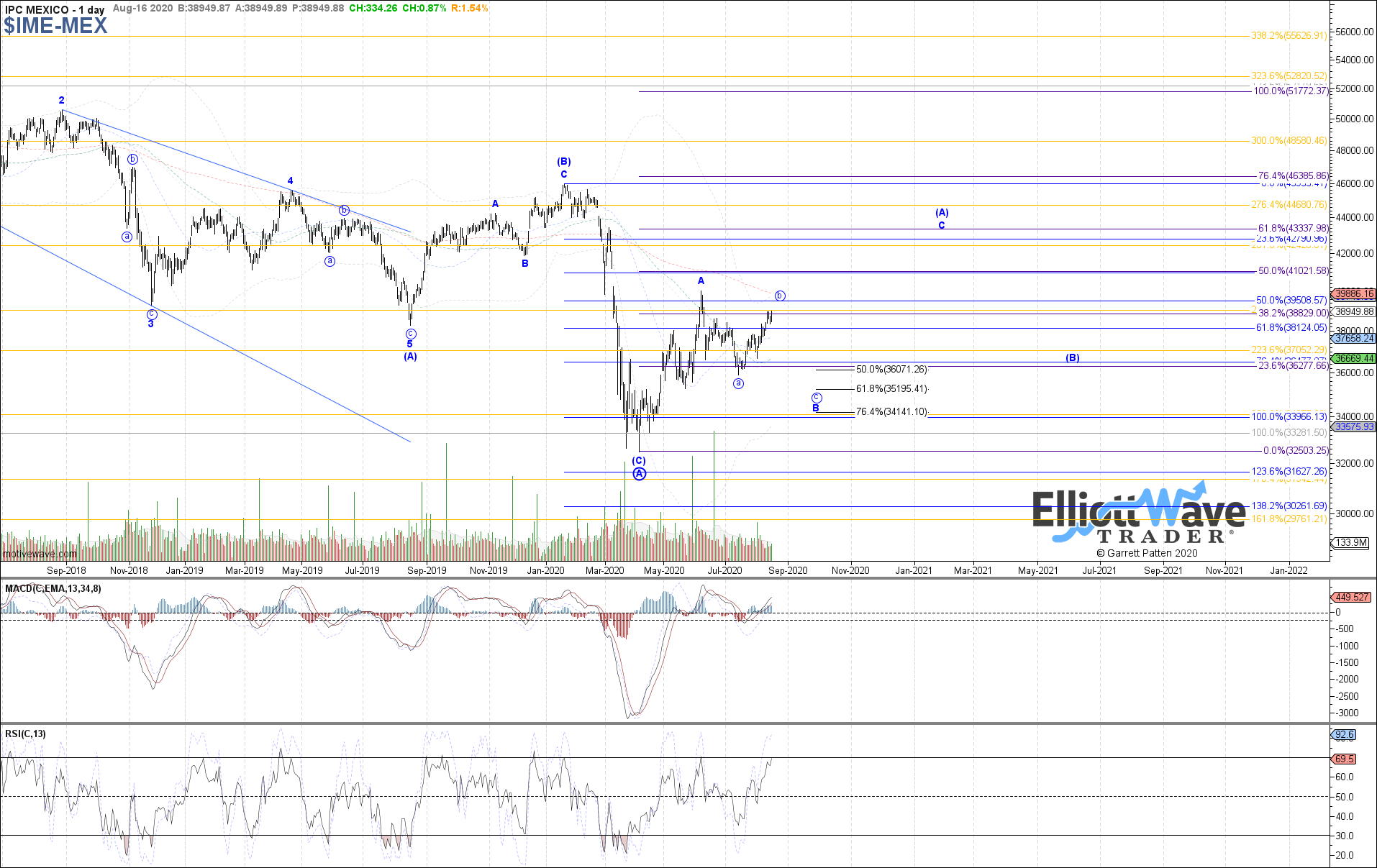