DAX: The DAX traded modestly higher last week, making a new high on the month and stretching closer to a retest of the September high. So far we still do not have a reliable wave ii consolidation within the C-wave up from the October low, so this further upside fits best as an extension of wave i. Price may try to reach closer to retesting the September high or even slightly exceeding it before attempting a local top again. Otherwise, a break below 13130 is now the signal level that a wave ii pullback has likely started. 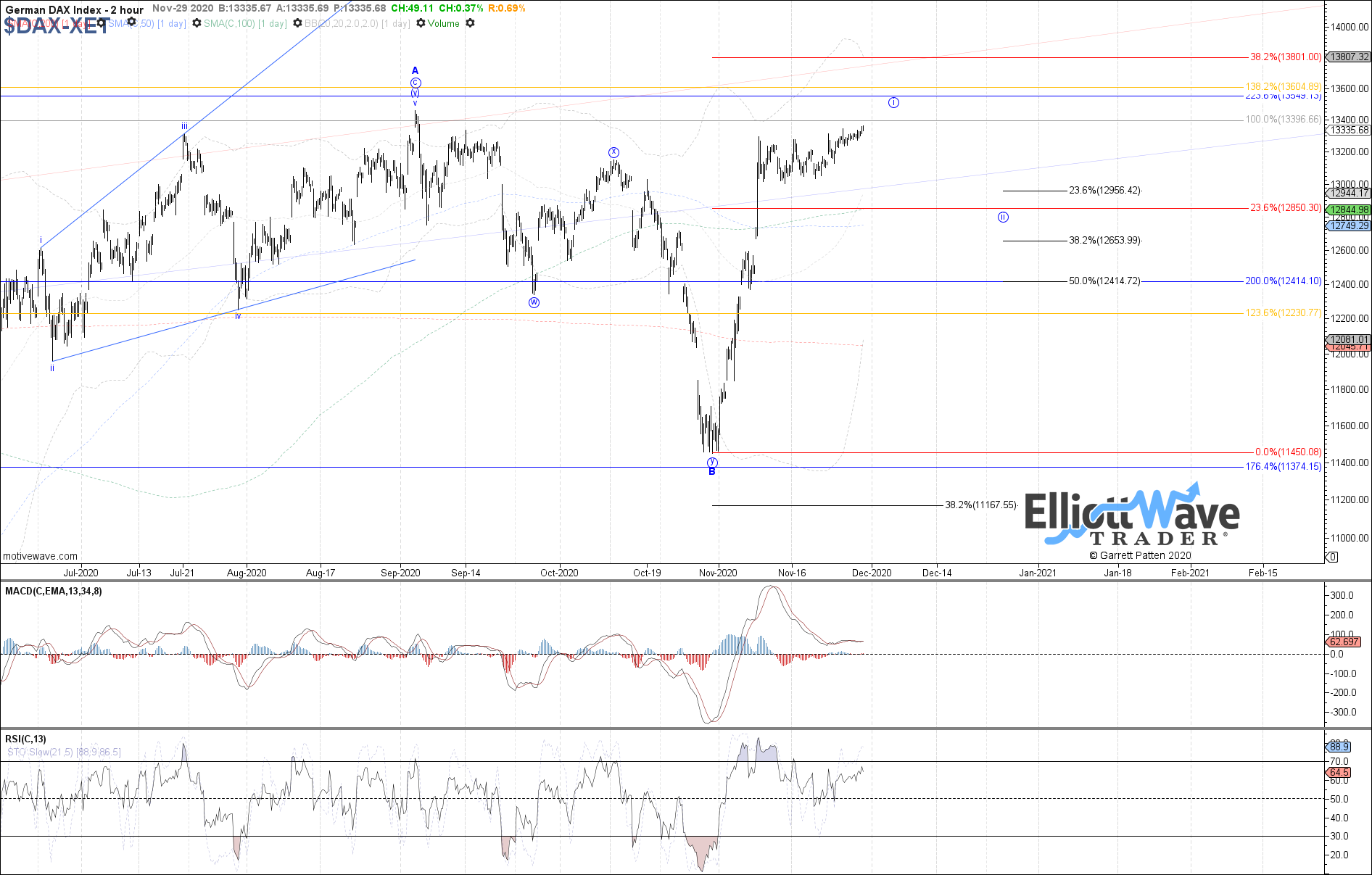 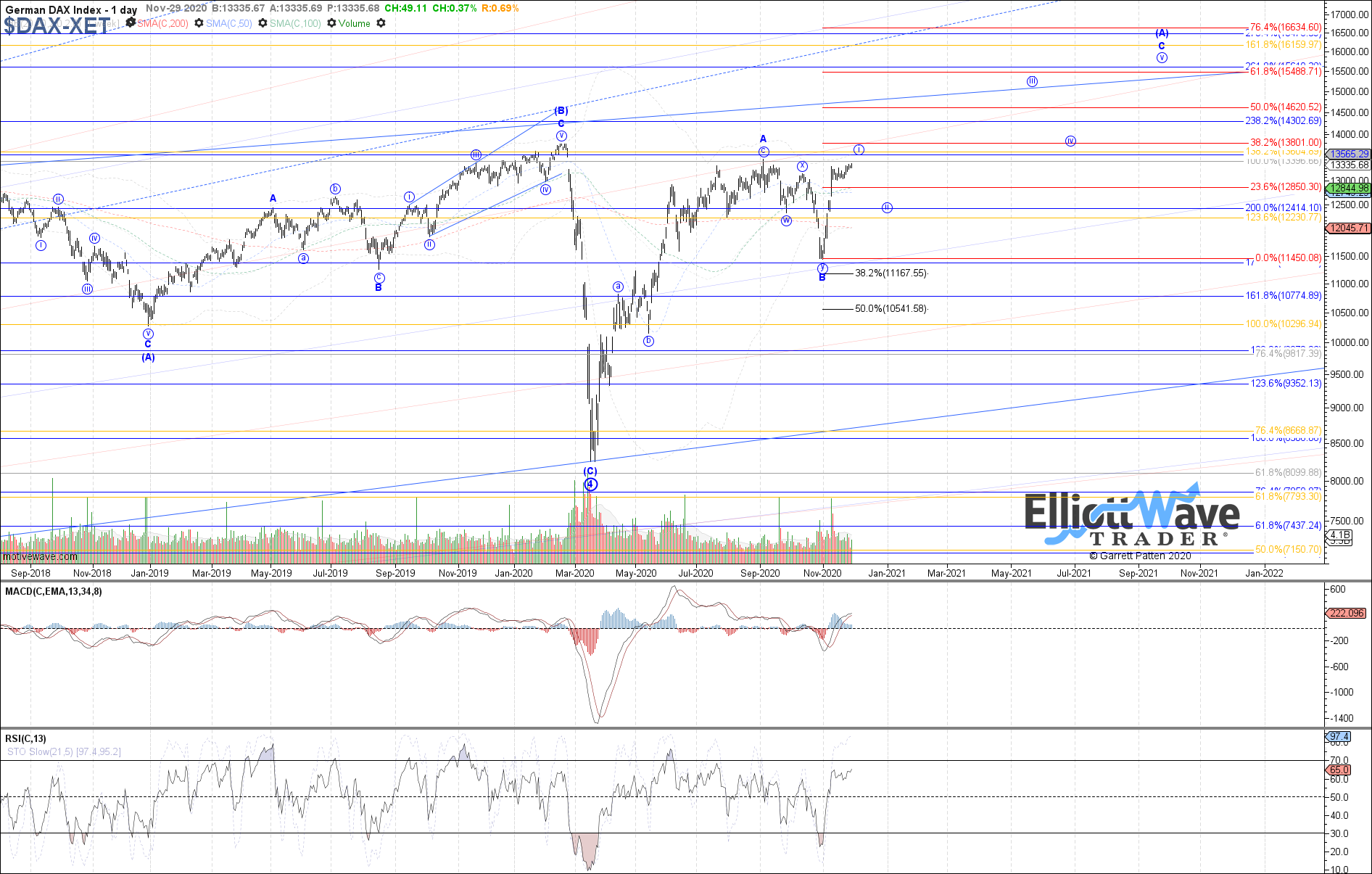 FTSE: The FTSE started off initially higher last week, retesting the prior high on the month before fading back down since. So far we have a high level flat consolidation off the earlier November high, which is enough to potentially complete wave (iv) of iii within the red count. Therefore, a sustained break above last week’s high from here could place price in red wave (v) of iii, with 6575 as the next target fib above. Otherwise, 6195 – 6180 remains upper support for the red count, below which opens the door to blue wave ii. 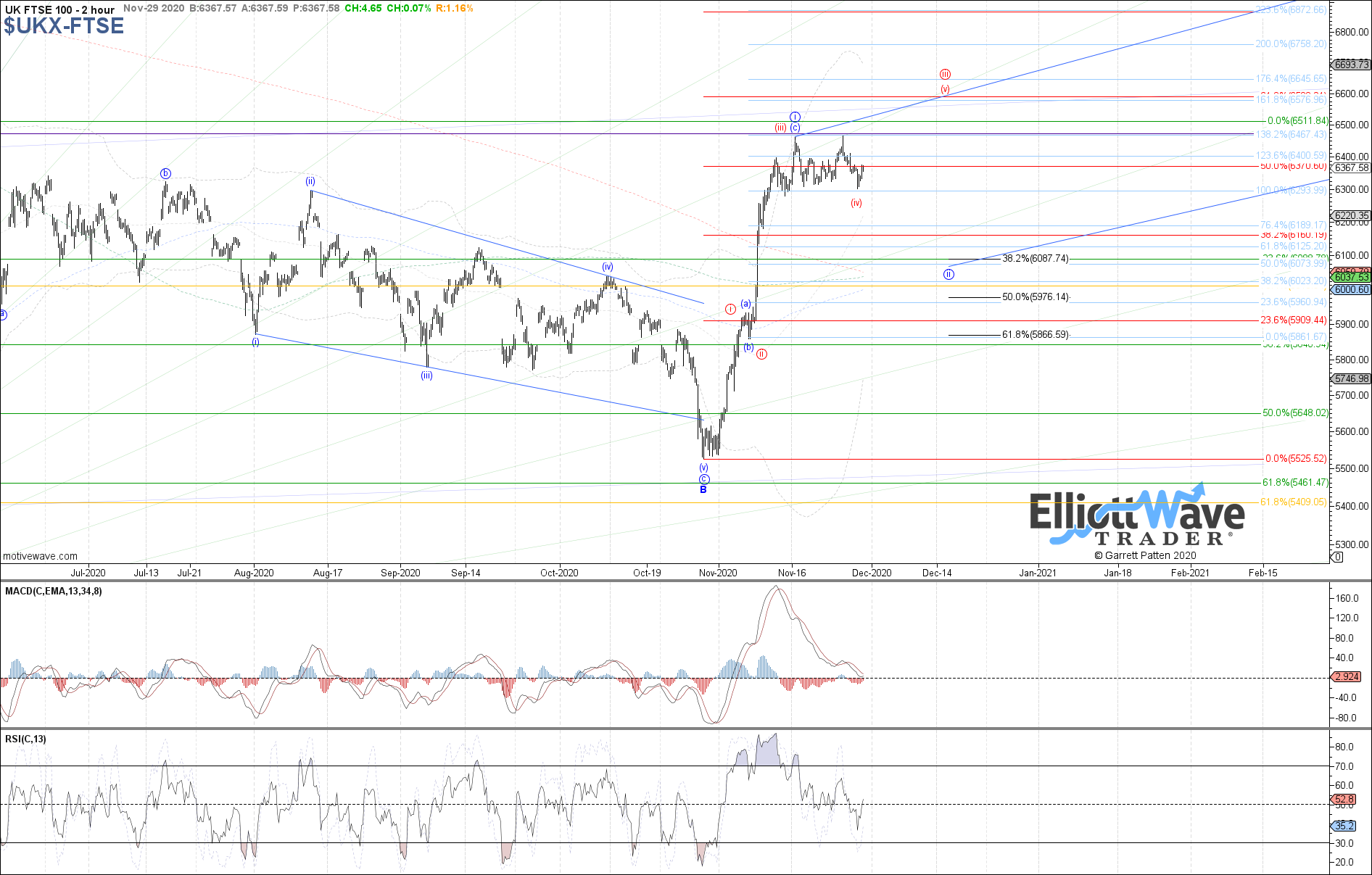 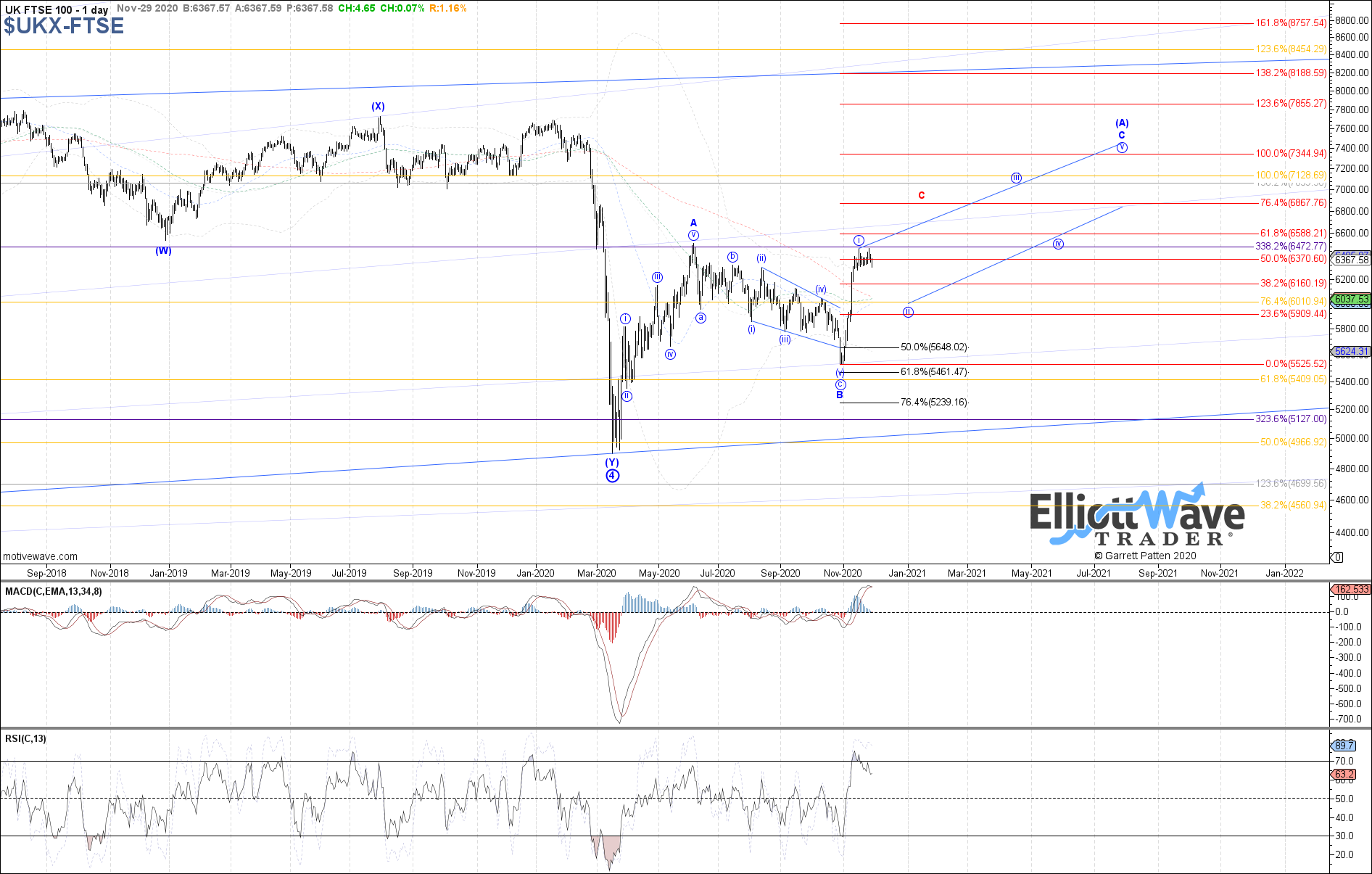 STOXX: The STOXX continued higher last week as well, still stretching in what looks like wave (c) of a. Since price has exceeded the measured move fib at 3495, that opens the door to reaching the 1.236 fib as the next target at 3580. Otherwise, a break below 3460 is needed as the initial indication of a local top and potential start to a b-wave pullback. 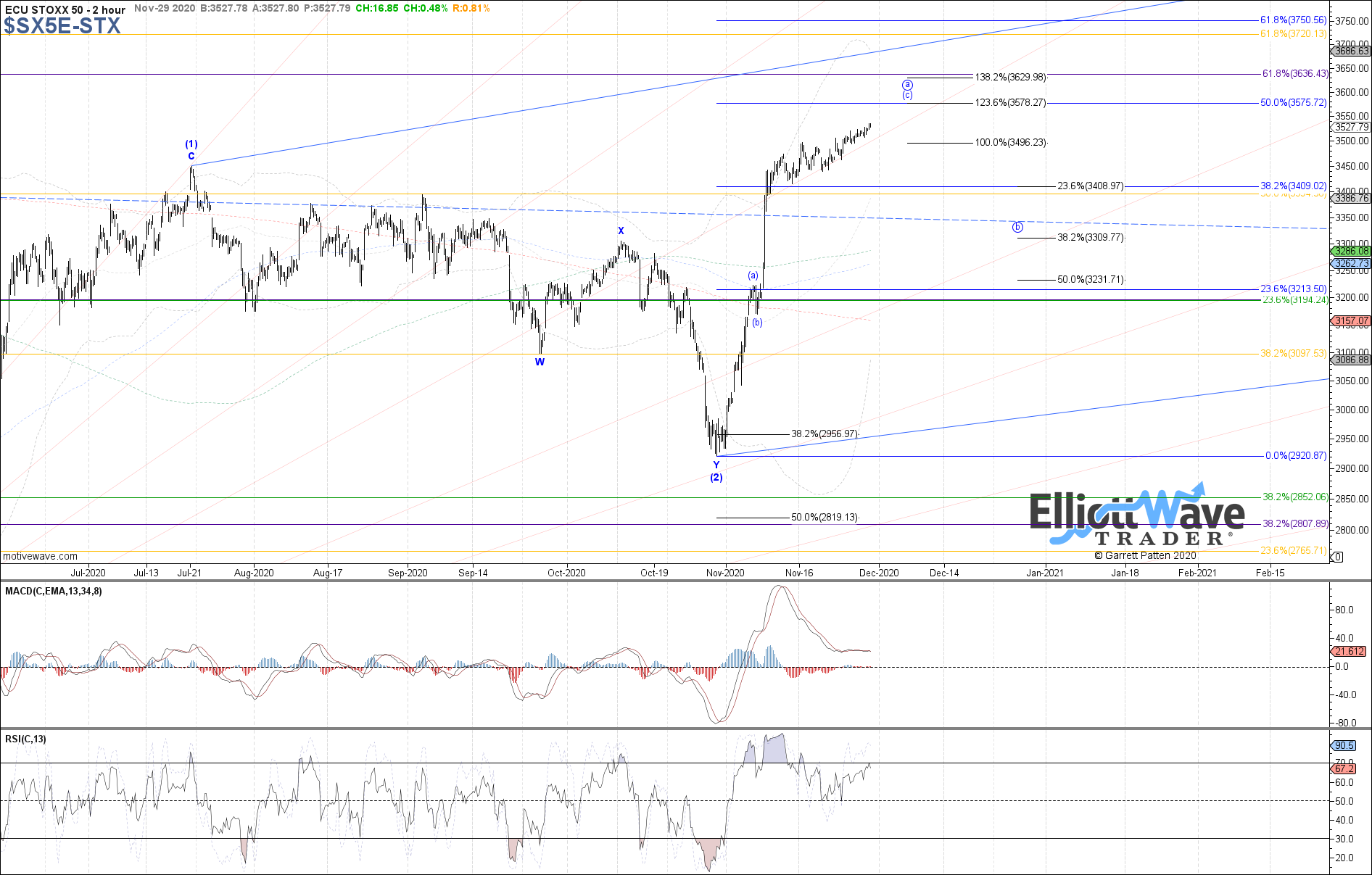 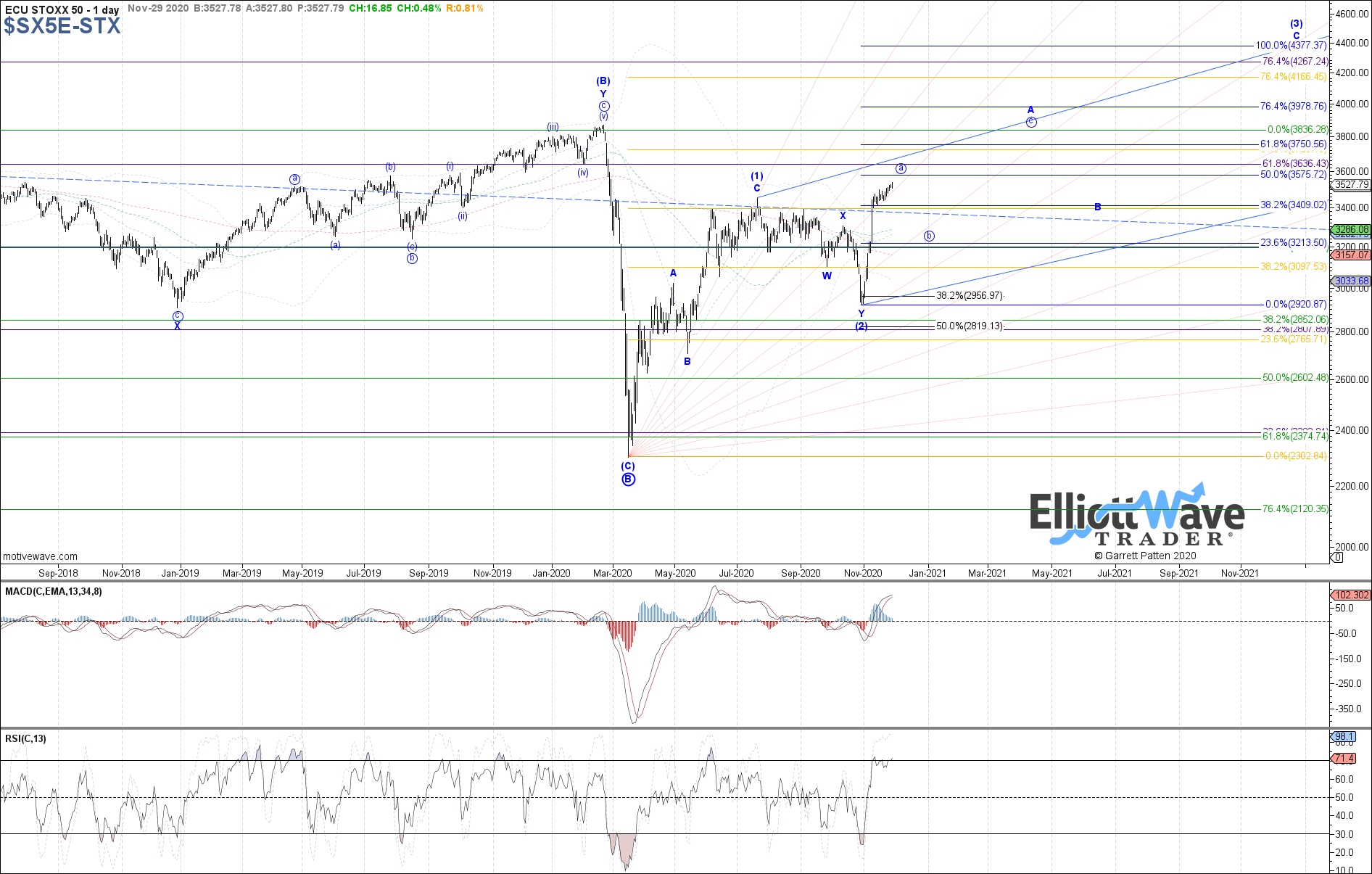 IBOV: The Bovespa also continued higher last week, still supportive of a 5th wave in progress off the October low. I’ve added the potential for that 5th wave to take shape as an ending diagonal shown in red, where price would be close to completing wave iii of 5. Otherwise, for the standard impulse count in blue, there remains room up to 11540 as the next fib target for wave (iii) of iii. 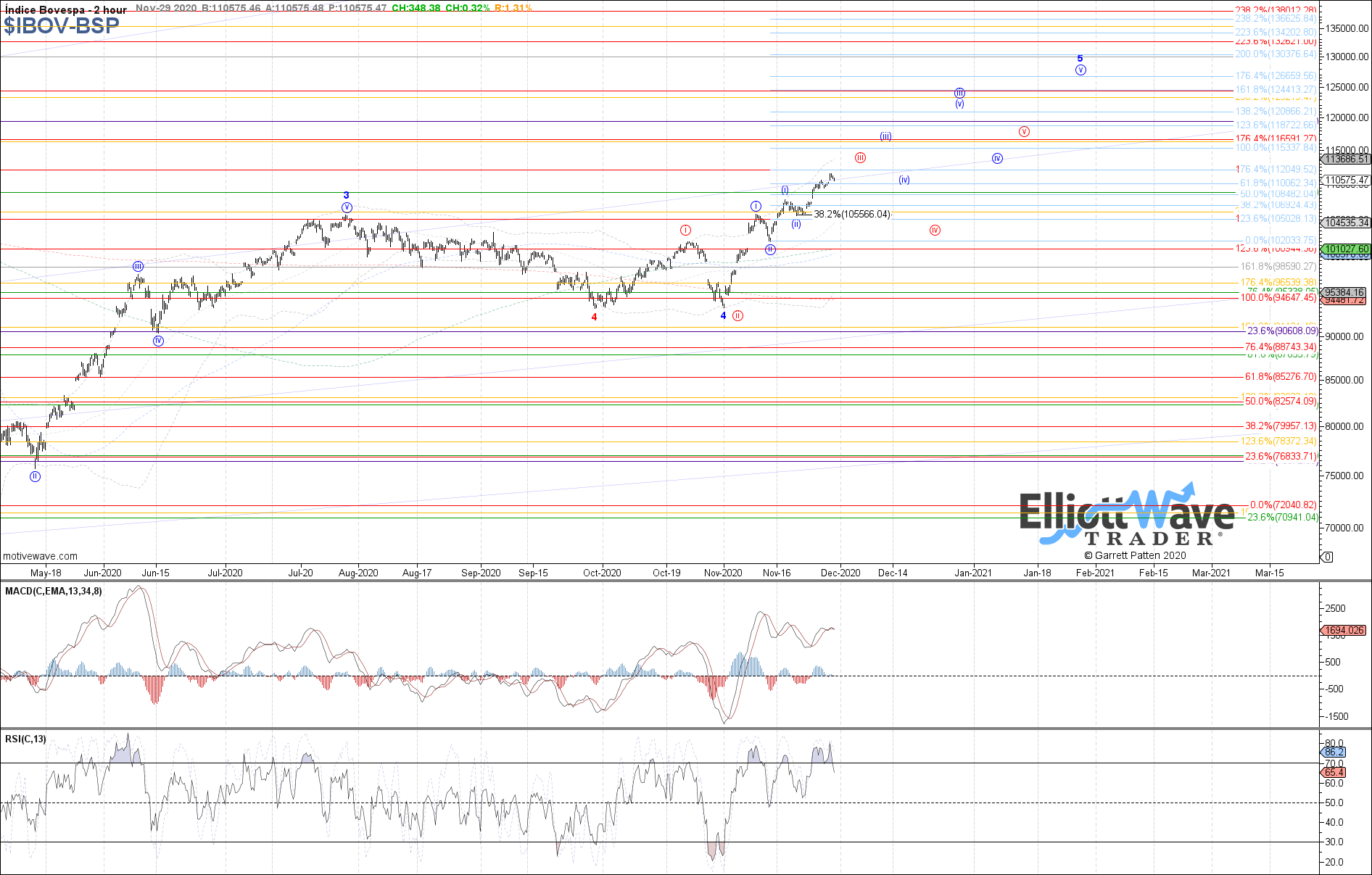 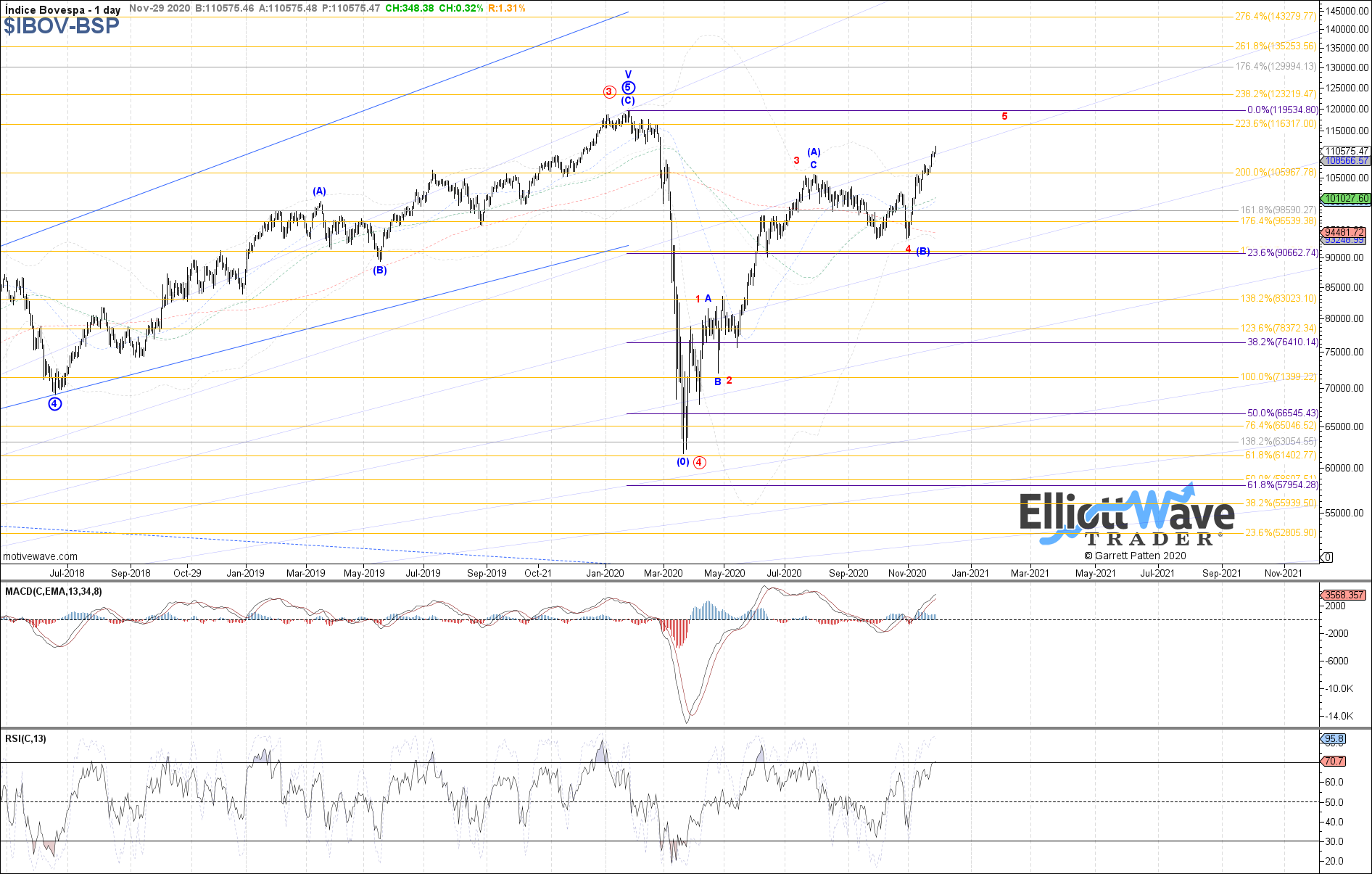 IPC: The IPC started off initially higher last week, making a marginally higher high on the month before curling back down since. Therefore, last week’s high may have completed wave iii of C with price now attempting to fill out wave iv of C. A sustained break below 41570 would support this, with 40150 as the ideal target support to reach before completing wave iv of C. Otherwise, an immediate turn back up toward a new high from here could be viewed as another extension in wave iii of C. 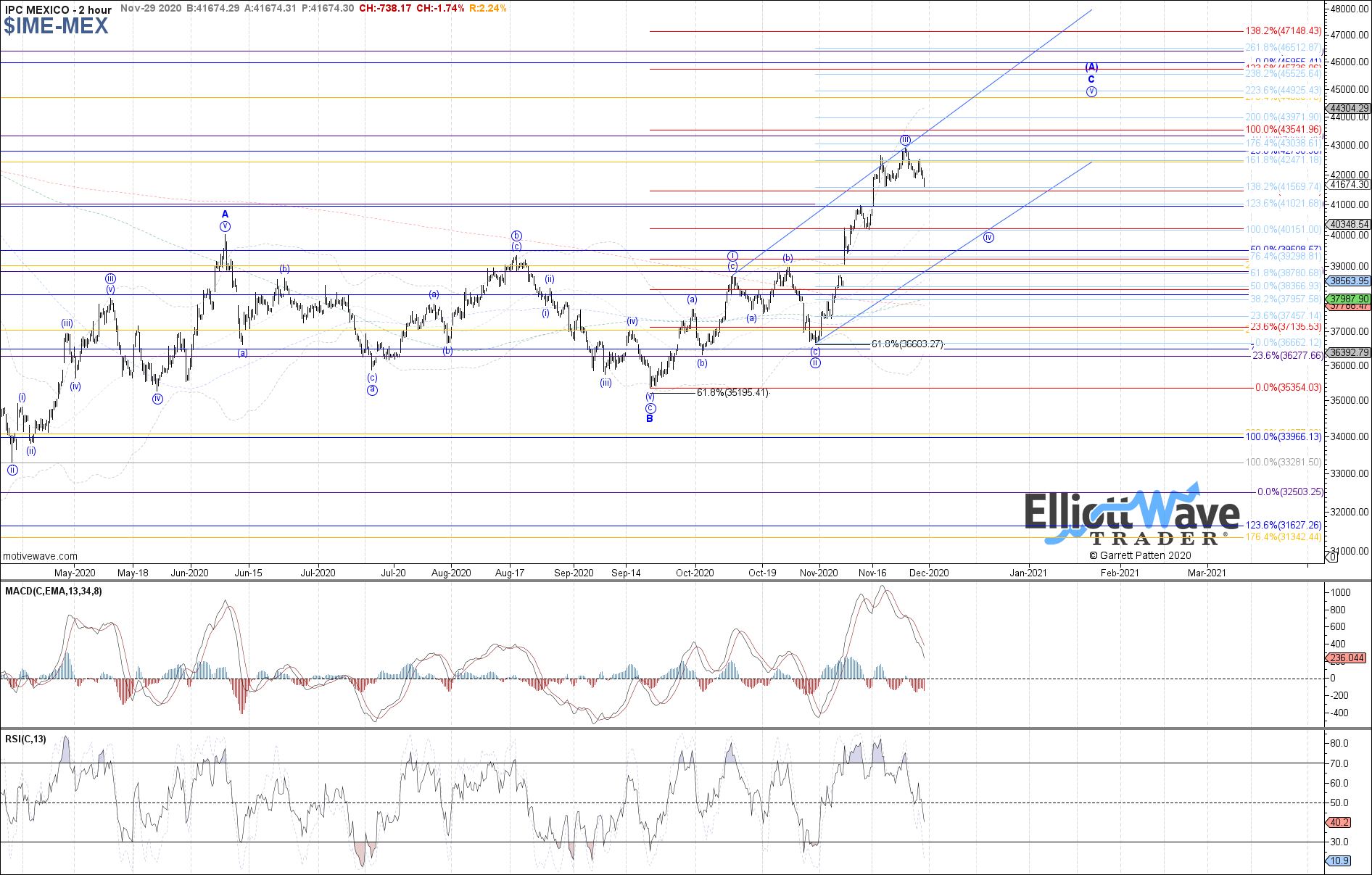 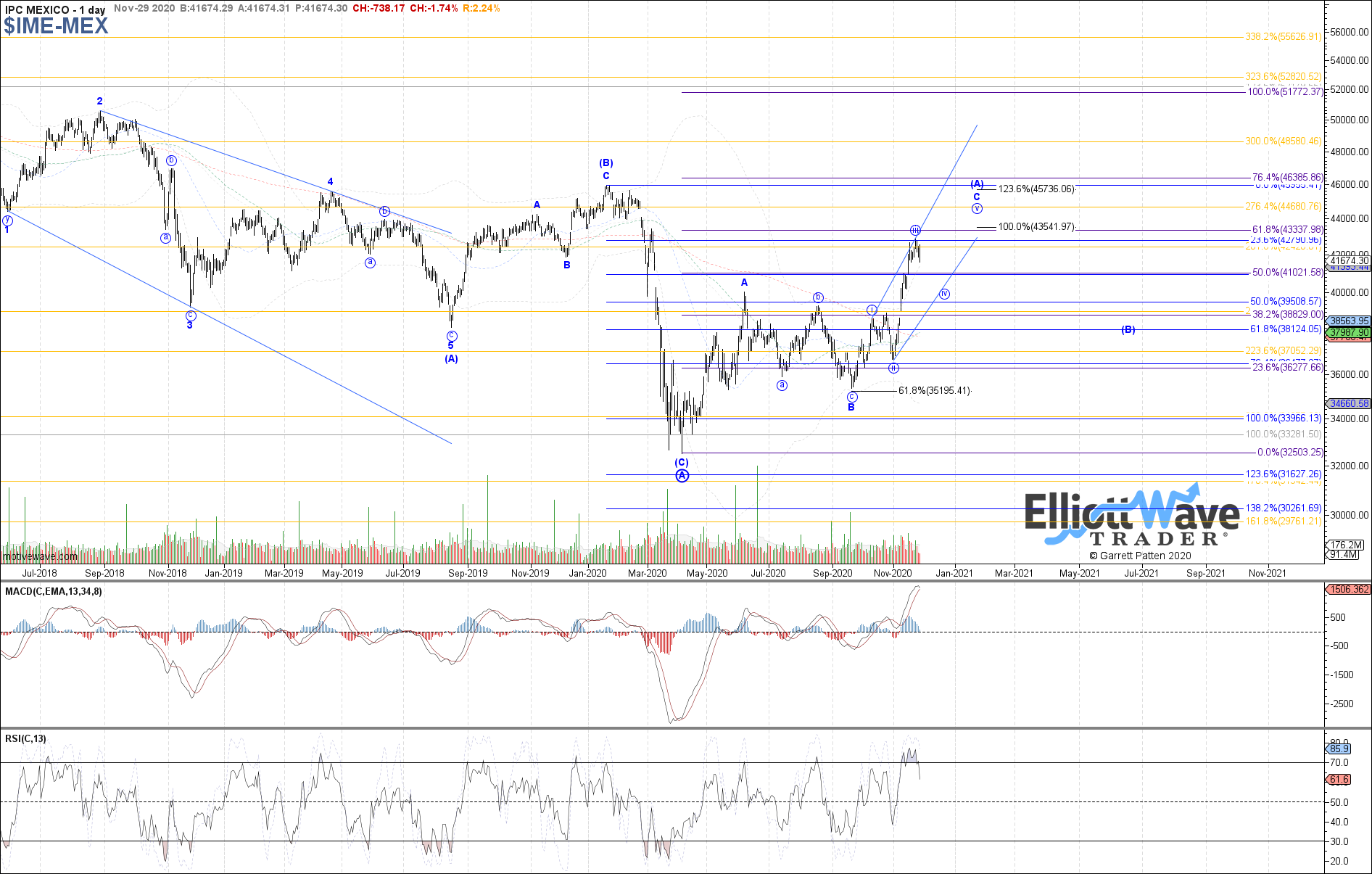