This issue of “Where Fundamentals Meets Technicals” looks at two key sectors: technology and energy.

The S&P 500 technology sector ETF (XLK) is very concentrated into Apple (AAPL) and Microsoft (MSFT), with each one of them holding more than a 20% weighting. Nvidia (NVDA) is the distant third place in the group.

While a top in this sector has not yet been confirmed with a momentum shift, Zac is looking for a potential topping pattern around this level: 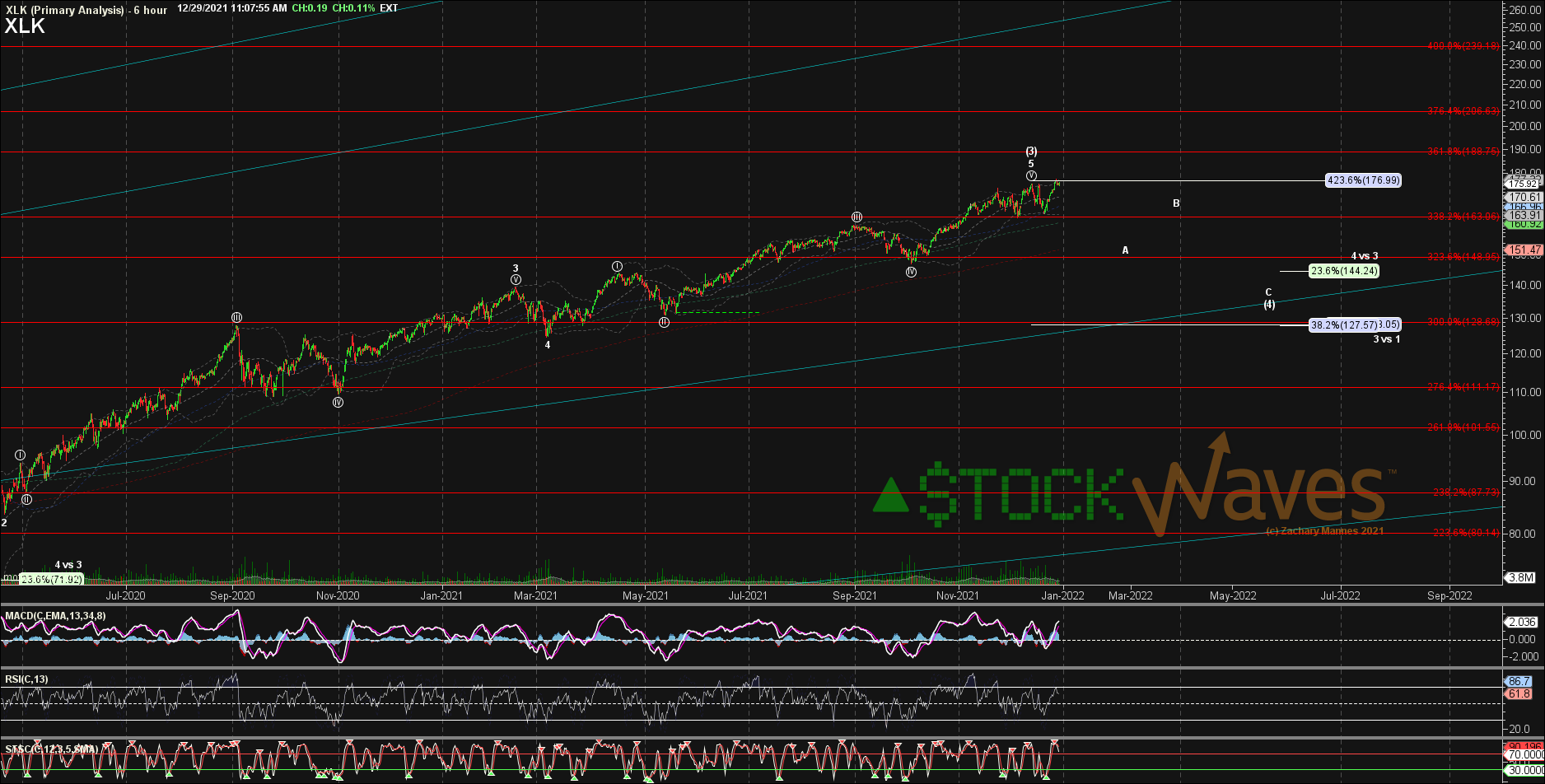 The valuations of the largest companies do support that view. Sentiment and valuations are very bullish on these companies, which can be a contrarian indicator.

Microsoft trades at quite a hefty valuation, and although I’ve been holding it for years, if it starts to show more of a topping pattern, it’s on my potential sell list:

Apple appears to be more of a problem. At this valuation level, Apple bulls better hope that the company notably outperforms consensus analyst expectations for growth over the next few years: 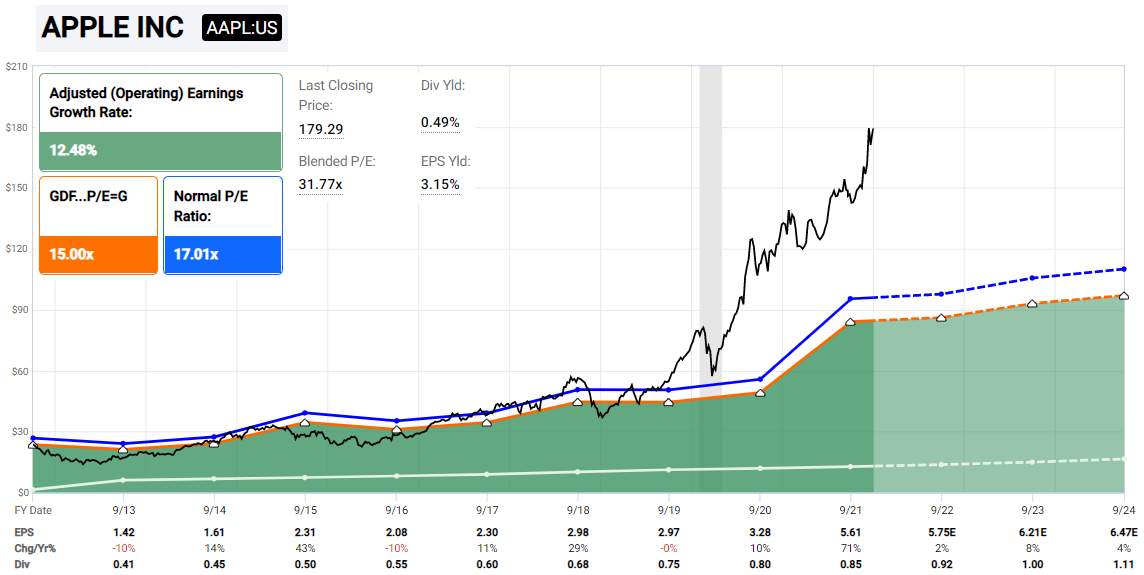 Nvidia, as much as I like the company fundamentally, is at an extreme valuation:

If I run the price/sales multiples for the three companies, we can see it this way: 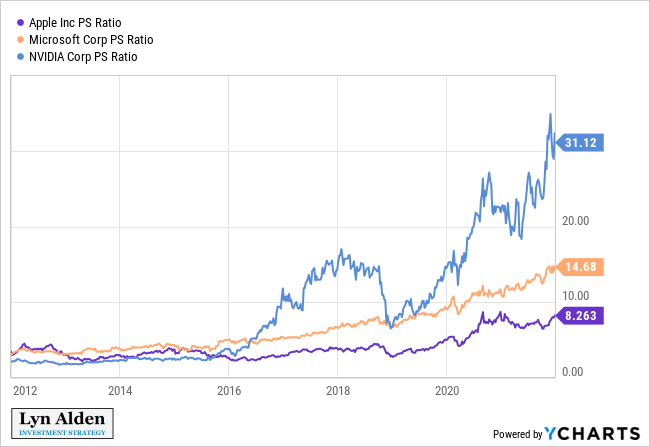 All three of them went up dramatically in terms of valuation; their underlying sales growth has been good but investors have also been willing to pay higher and higher sales multiples, which ends up lowing future return potential. NVDA for example used to trade at 2.5x annual sales, but now trades at 31x annual sales…

The two biggest holdings are ExxonMobil (XOM) and Chevron (CVX) which each represent over 20% of the fund.

Exxon remains rather cheap on a historical basis, and is paying a 5-6% dividend yield while it is held.

Energy demand remains rather strong around the world, but there is not much investment in new exploration, which sets up a somewhat tight energy market with a lot of free cash flow for the producers. 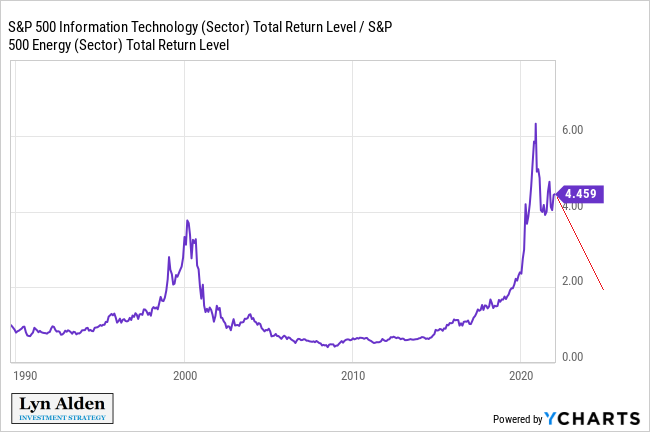