The stock market bounce from the March lows has been a high-volatility partial recovery, and certainly not an even one.

Investors have flocked into mega-cap growth tech names, as well as stocks like Tesla (TSLA). On the other hand, traditionally cyclical stocks like industrials and banks have been left for dead.

The divergence may be getting a little stretched, however.

In early February, right near the previous top in Tesla, we published an article saying to be cautious with the stock, and I ended up briefly shorting it a little while later.

The stock indeed crashed hard, but after a sharp recovery, is once again back near its highs. Even Elon Musk himself tweeted in early May that he thinks Tesla stock is too expensive, and it’s up slightly since then.

It doesn’t work with many stocks, but my favorite metric for Tesla stock in particular is to look at short interest. When the fewest people are shorting it, is precisely when it tends to go down in price. It’s a contrarian indicator. 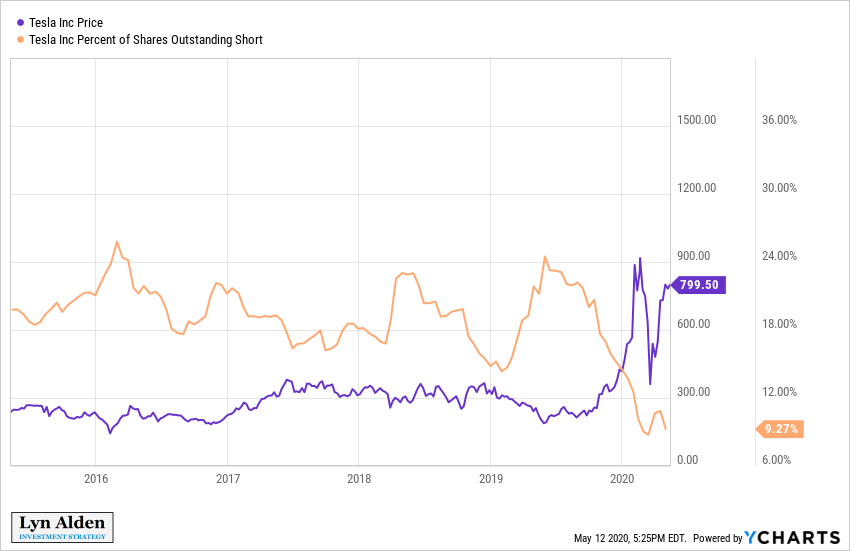 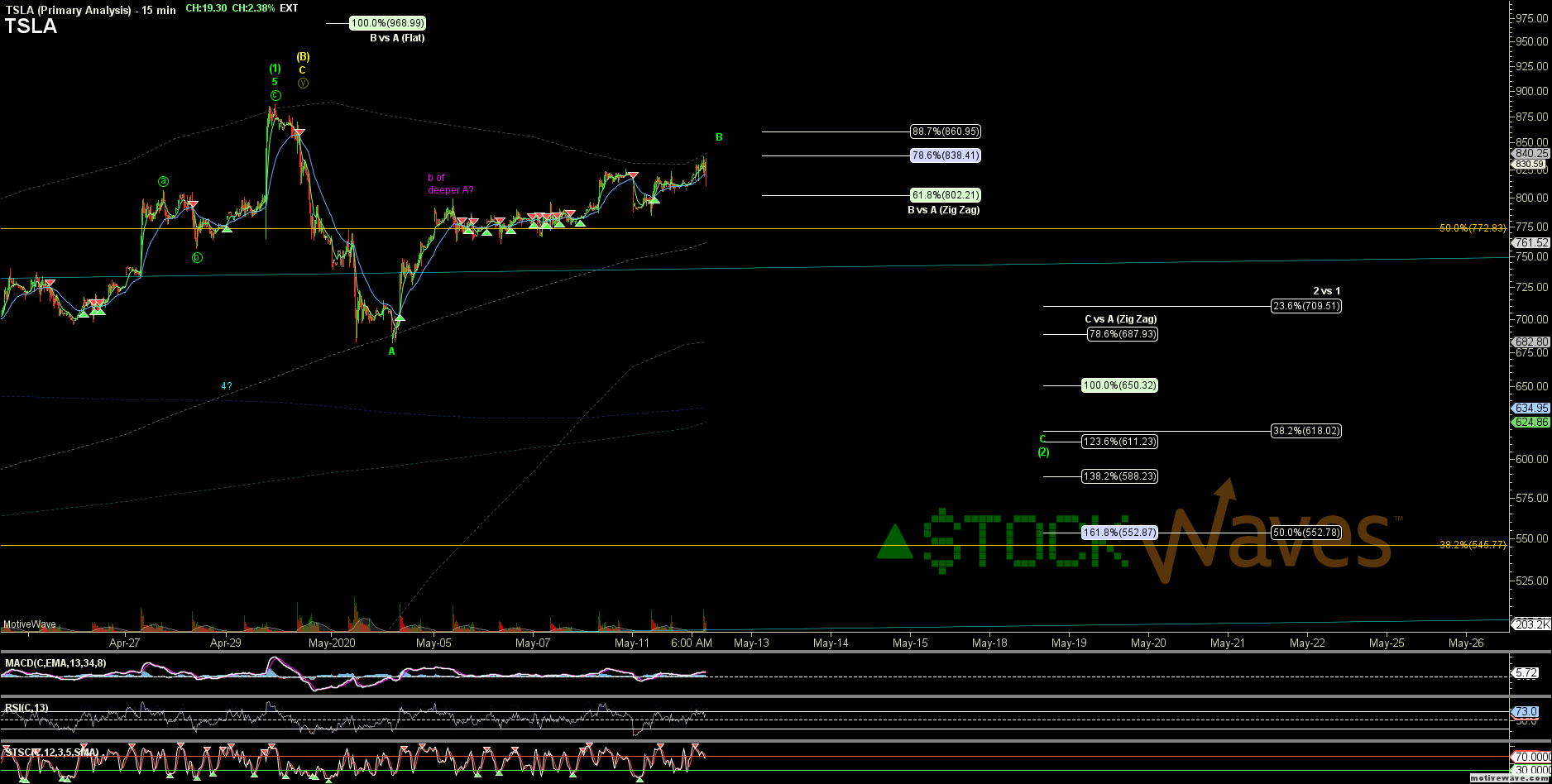 It’s challenging to short stocks in this environment with record levels of fiscal and monetary intervention, so it’s important to manage position sizes and use stops if the trade turns against you.

Keep in mind that Tesla in particular relies heavily on investor enthusiasm; it doesn’t make a profit and instead issues equity and junk-rated debt to finance itself: 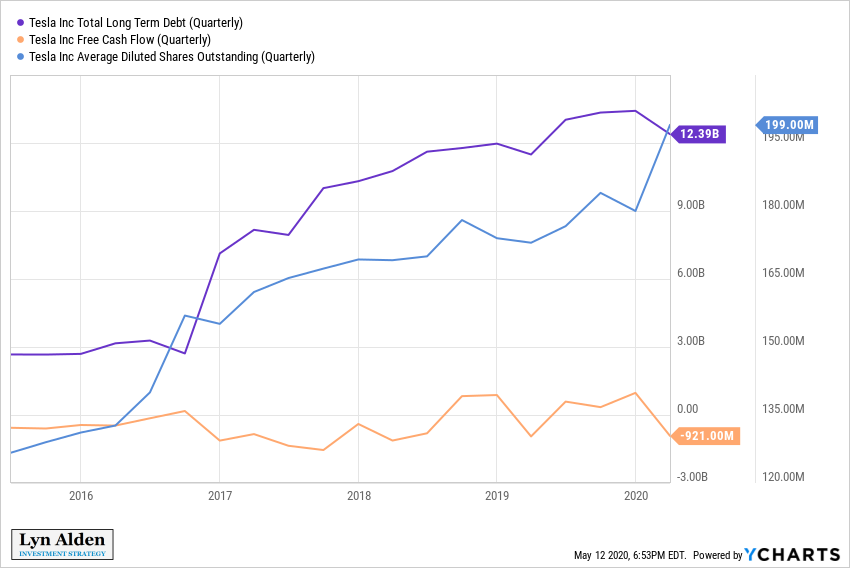 This is a fragile business model but works as long as investor enthusiasm (and thus stock prices and junk debt appetite) remain high. This has given the company a lot of resiliency that has confounded many Tesla bears. Despite the company’s consistent lack of profitability and high valuations, the game keeps going as long as investors feel good about it, which makes it a particularly sentiment-driven stock.

For many stocks, sentiment has a huge role on price but not on fundamentals. If a company generates consistent free cash flow to reinvest in itself, doesn’t issue net new shares, and has a strong balance sheet with low debt levels, then it doesn’t really matter what investors think about it. Its free cash flow will be what it is, and investors can only influence the stock price.

However, for a company like Tesla that doesn’t yet produce a profit from its products, and instead relies on issuing shares and junk bonds to finance its operators, investor sentiment has a direct impact on company financing and the ability for the business to function smoothly.

I’m very cautious with Tesla here and based on fundamentals and sentiment, it may be due for a correction. I consider it a near-term short, but with tight stops.

Zac recently covered the SPDR financial sector ETF (XLF) and shows that it has some bullish potential ahead:

What’s interesting is that the ratio of XLF to SPY (the financial sector to the broader S&P 500), has just about touched 2009 lows: 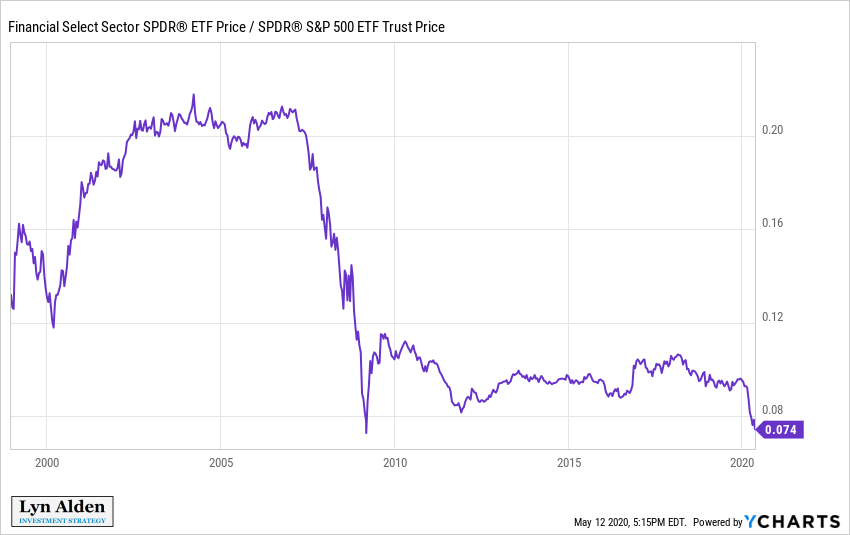 The biggest stock in the index is Berkshire Hathaway, with a 14% weighting, followed up by J.P. Morgan Chase and Bank of America.

Investors are very bearish on financials, and I’d recommend caution in that sector as well. I personally like some of the higher-quality financials like American Express and Berkshire, but even some typical bank stocks, which I’m normally not a huge fan of, have gotten pretty cheap.

Bank of America (BAC), for example, is trading near 5-year lows in terms of book value and 5-year highs in terms of its dividend yield: 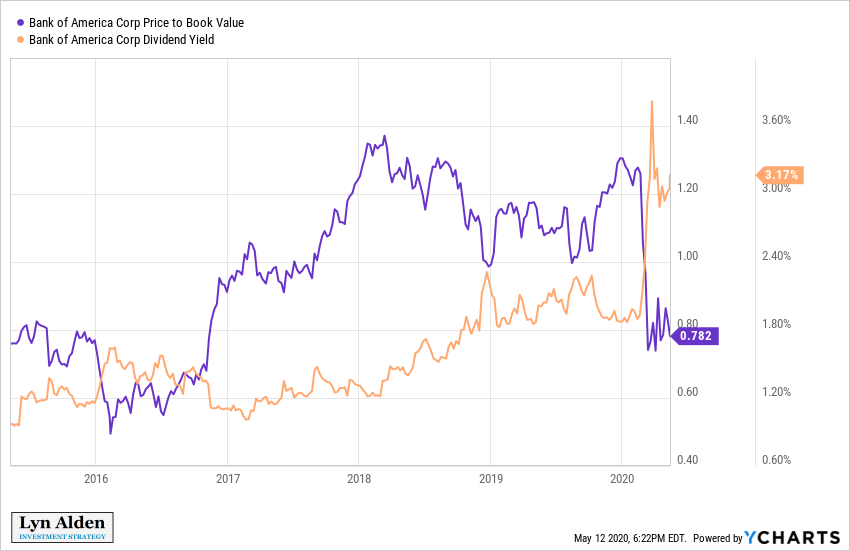 The dividend isn’t super safe at this point, as some banks may need to suspend dividends (or be ordered to by regulators) to ensure adequate cash levels, but the chart simply shows how beaten-down the stock has been lately. It would need a big rally just to get up to book value (unless enough book value is destroyed such that it comes down to its share price). 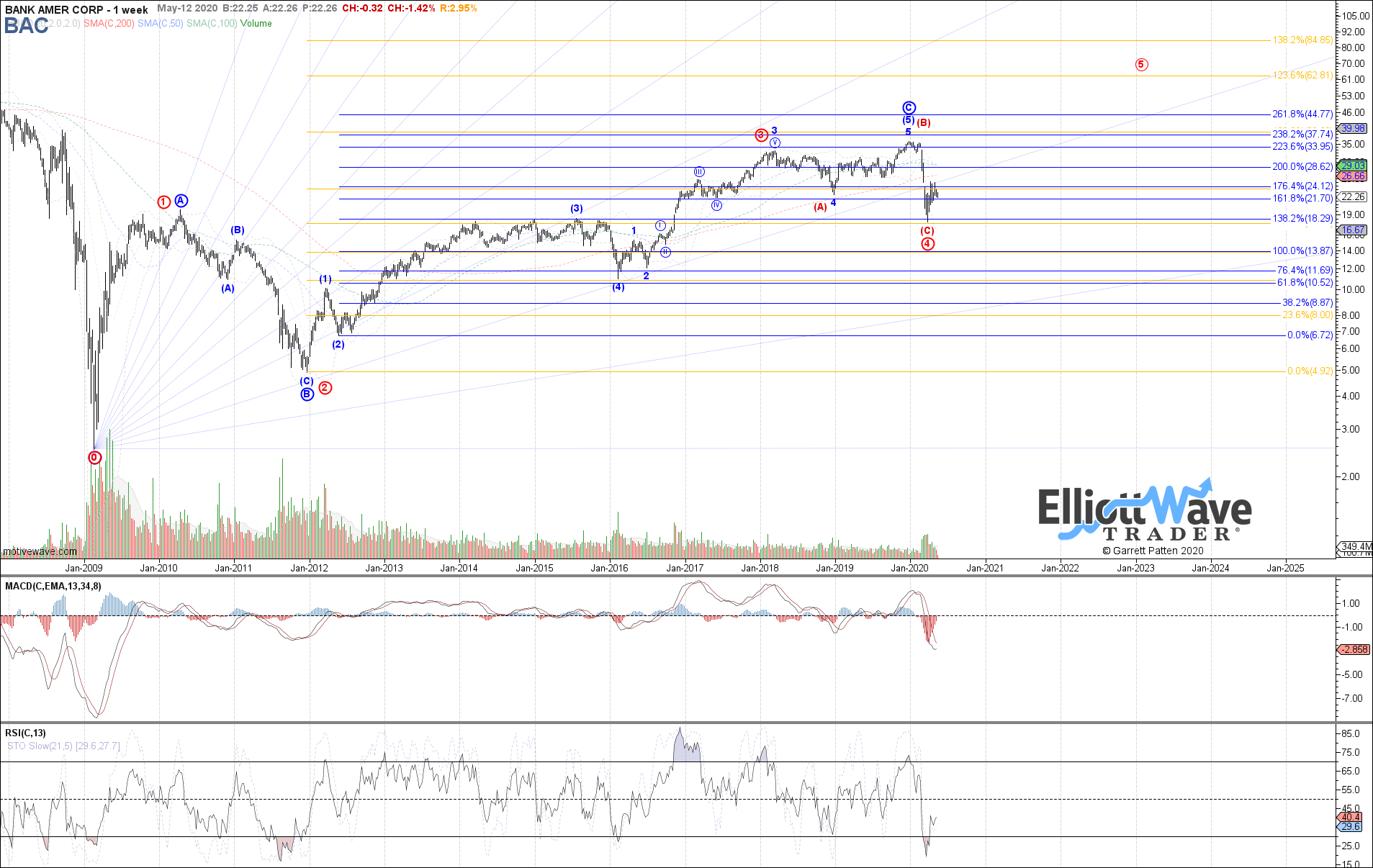 I’m cautious for the near-term on equity markets, as we’ve come up very far very fast.

Introducing a few targeted shorts can help reduce overall portfolio risk, especially when used appropriately. Shorting stocks carries significant risk on its own, but when combined with a net long portfolio can reduce some of the volatility if the shorts are not ill-chosen and if investors get out of shorts that move against them.

At the same time, there are many beaten-down stocks, so the key is to look through them and see if some of them have valuations or sentiment that are even more negative than should be the case based on fundamentals alone.