This week’s issue of “Where Fundamentals Meet Technicals” looks at one bearish and two bullish stocks.

Target (TGT) has been one of the best-performing retailers, fundamentally and in terms of price action. As a big one-stop shop including being one of the country’s largest grocery stores, they held up well during the worst parts of the pandemic lockdowns and have been rather Amazon-resistant.

However, success can breed its own problems. In this case, Target is getting rather expensive. Here’s the F.A.S.T. Graph: 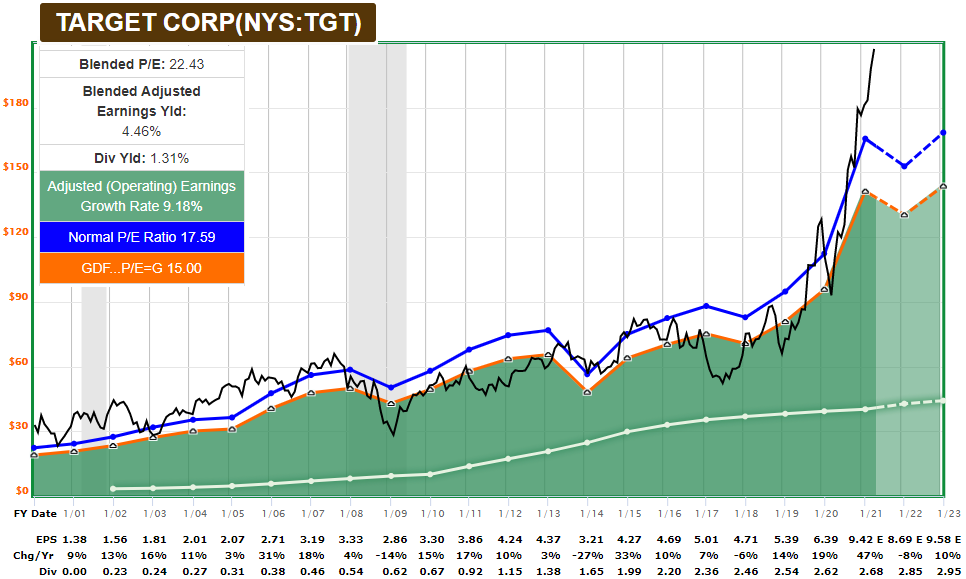 If we look at multiple valuation ratios, including price to cash flow, the cyclically-adjusted price/earnings ratio, and enterprise value to EBITDA, it’s historically expensive on all counts: 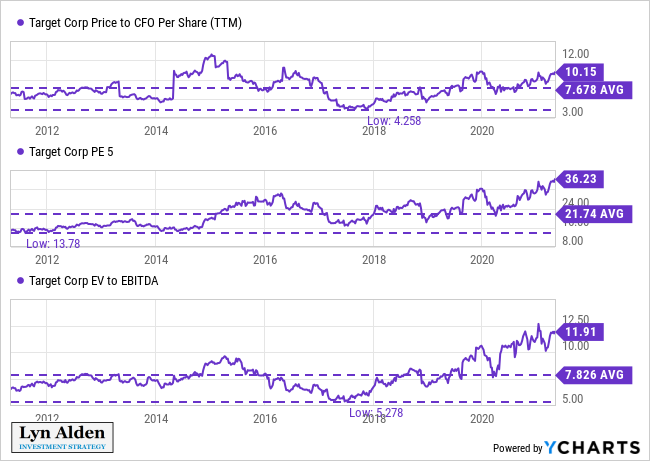 The balance sheet is a bright spot for the company. During the past several quarters, they kept their debt level relatively flat while they retained a lot of cash, and thus reduced their net debt position: 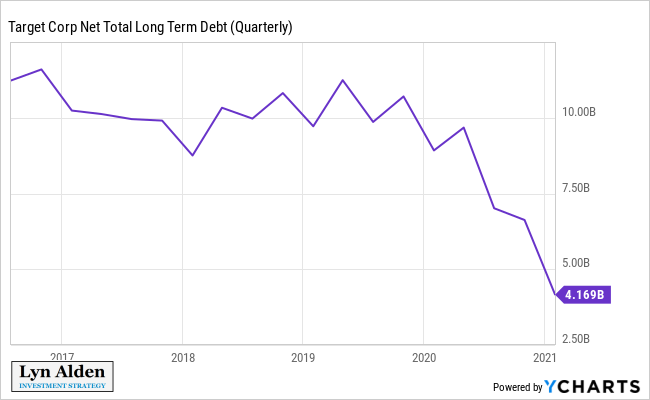 In terms of technicals, it might not be “at the top” yet, but it’s looking on the toppy side:

Overall, Target is a name to be cautious of. The multi-year risk/reward trade-off doesn’t look great at the moment compared to other stocks out there.

Harry Dunn graced EWT with a cameo today, by posting a bullish chart on CVS: 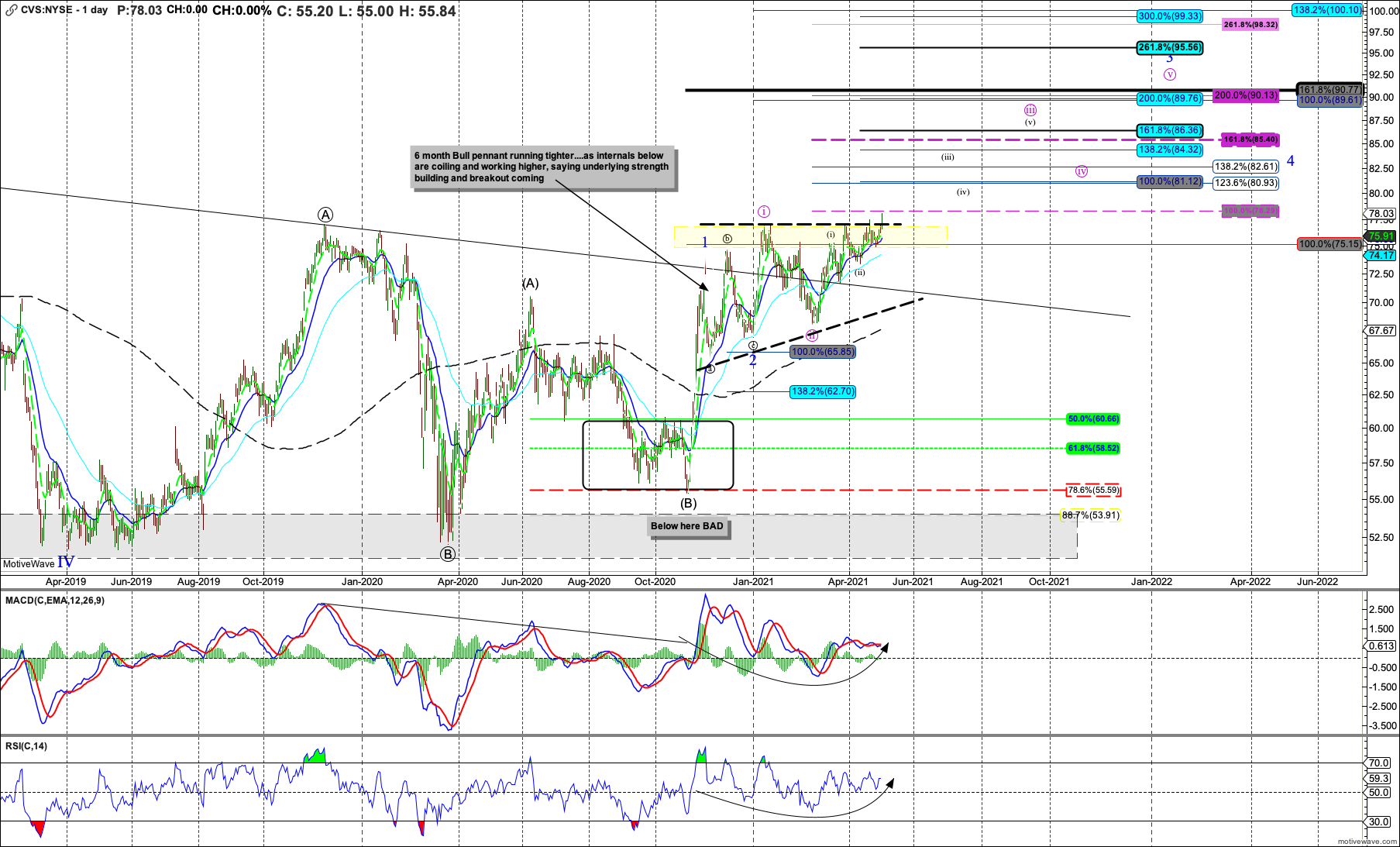 If we look at the company’s F.A.S.T. Graph, it’s unusually cheap: 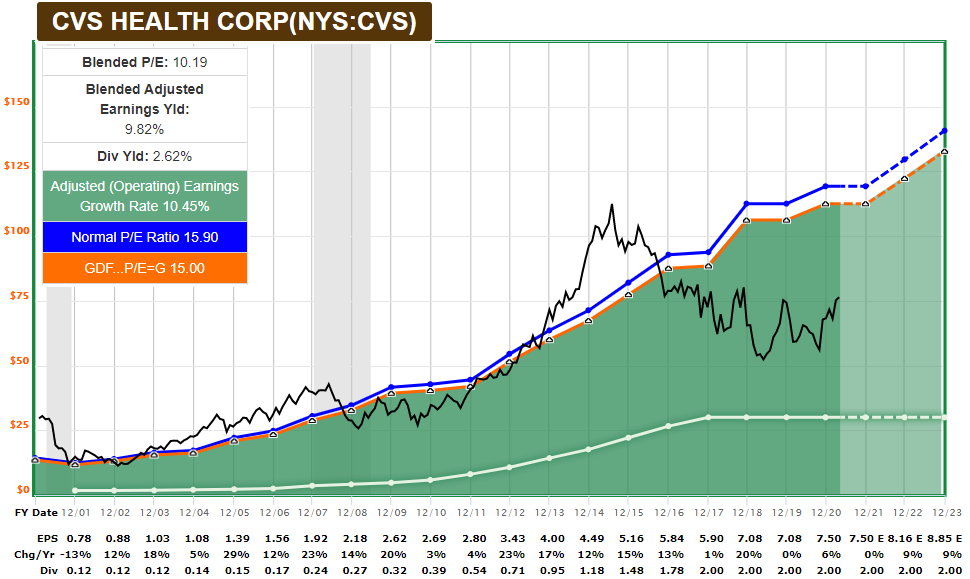 The pharmacy chain acquired the health insurer Aetna a while back with a combination of equity and debt financing, and has been using its income cash flow to deleverage.

Normally high debt is a bad thing, but when a cheap company has high debt for a reason (a specific acquisition in this case), and is plowing cash flow into debt payoff, that gives investors a very clear investment path towards improving fundamentals.

eBay (EBAY) had a sudden drop last week when they announced earnings. Their earnings and guidance were fine, but analysts are concerned with how eBay will hold up when the economy re-opens more.

The stock bounced nicely by over 4% today after last week’s bloodbath, and in the grand scheme of how its stock price looks on the monthly chart relative to fundamentals such as on the F.A.S.T. Graph, there wasn’t much special about this move, other than how briefly volatile it was: 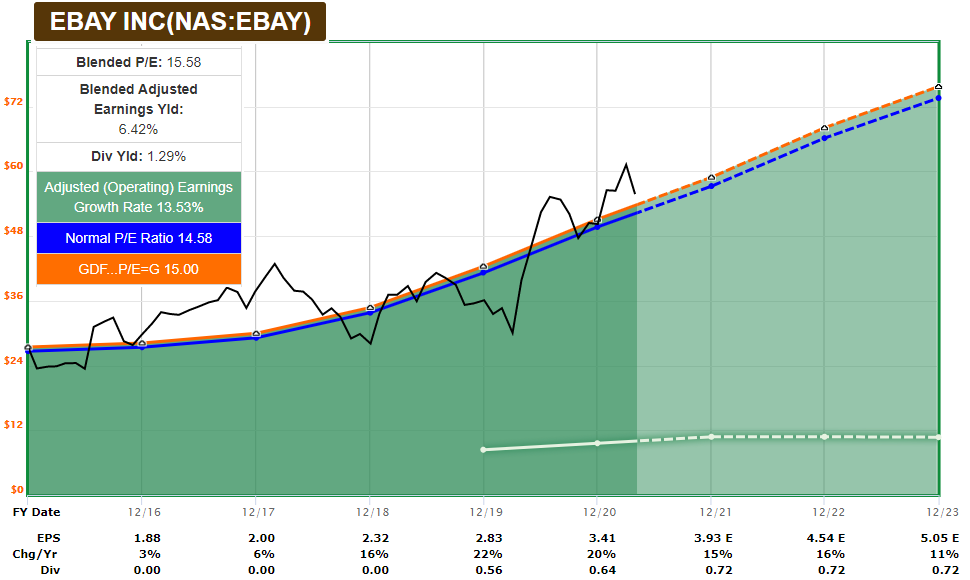 The balance sheet is in fine shape. They have an appropriate amount of leverage for their type of company, and don’t need to change their capital structure: 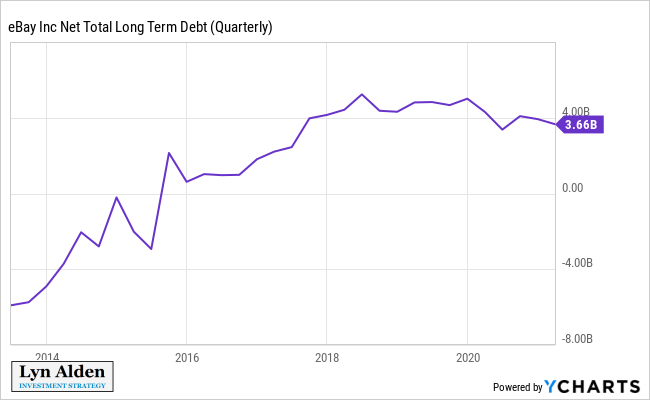 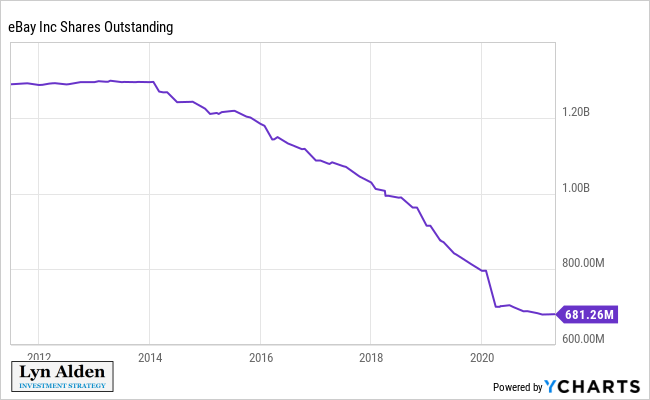 Aggressive share buybacks are bad for companies that need to reinvest a ton of money into technology, like what IBM (IBM) did over the past decade. Focusing too much on financial engineering can lead them to lose market share.

However, when a company has a strong position in a slow-growing niche, and has divested non-core businesses, and can reinvest small amounts of capital to sustain operations, then sending all the free cash back to investors as dividends and share buybacks makes sense. Furthermore, I think eBay is under solid management since about a year ago.

In terms of valuation, ebay is mixed in terms of its history, but overall remains at reasonable absolute valuations compared to the frothy market. 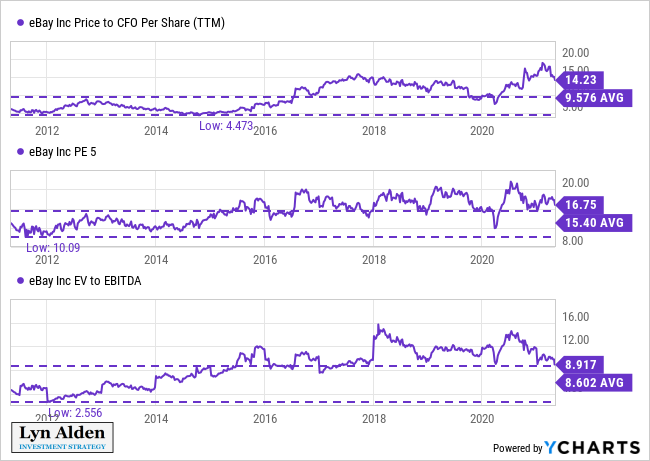 Zac likes where eBay bounced from so far, and has a constructive technical chart for the stock: