This issue of “Where Fundamentals Meet Technicals” looks at two growth stocks and one commodity stock.

Tencent (TCEHY) is a diversified corporation that operates China’s biggest social networks, one of the two main Chinese payment platforms, and a global gaming business. They hold stakes in companies like JD (JD) and Sea Ltd (SE), as well as many other companies around the world.

And like most Chinese companies, especially tech/media companies, their stock has been utterly destroyed by a major government crackdown on the industry, along with a downturn in China’s credit cycle. Sentiment on China is about as bad as it gets.

In terms of valuation, the stock bounced off the all-time low valuation level that it reached a few years ago when the Chinese government stopped approving its games for a year: 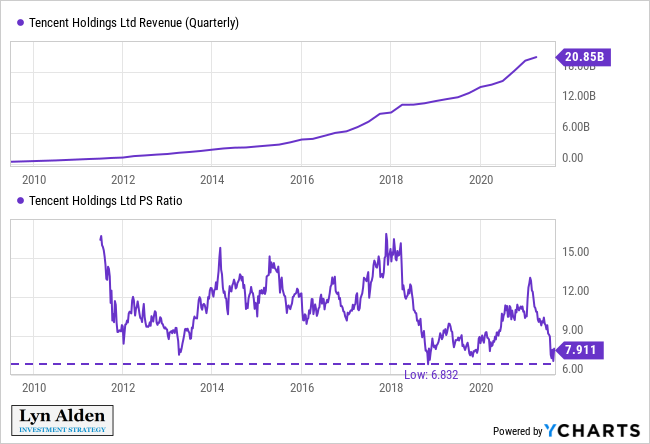 The F.A.S.T. Graph shows either 1) analysts are wrong about their earnings forecasts, or 2) the stock is undervalued: 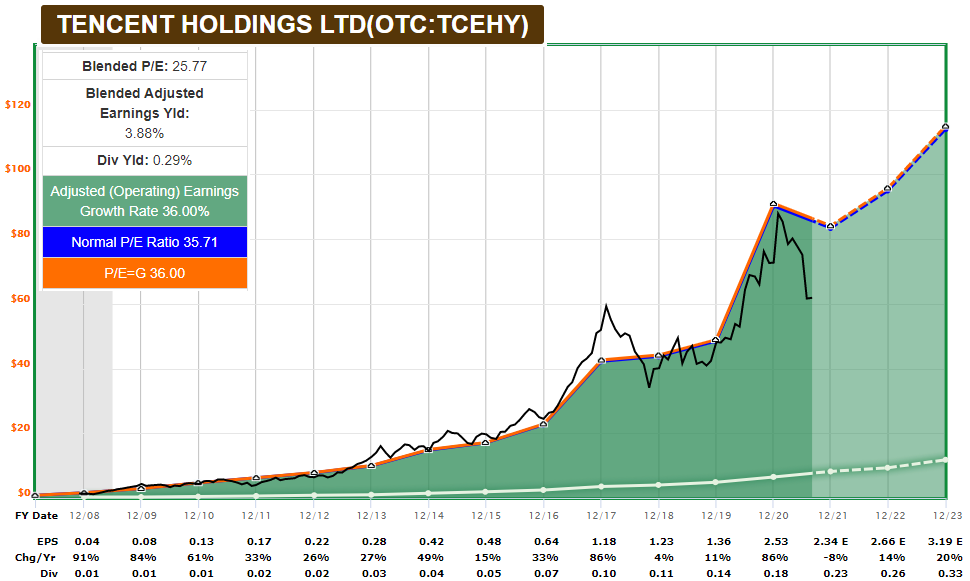 Garrett’s chart shows a potential bottom in place, and writes, “breaking above the Aug high would be the first indication of a near-term trend change since the C-wave down started.”

Twitter (TWTR) is one of the oddballs in the social networking space.

On one hand it’s extremely influential- it’s where world leaders and celebrities actually spend time and interact with people, unlike most other social networks that they get someone to manage for them. It’s very good for building connections. And it’s still growing; there were 139 million daily active users in Q2 2019, and 206 million daily active users in Q2 2021. That’s 48% growth over a 2-year period.

However, compared to Facebook (FB), Youtube (GOOGL), and many other platforms, Twitter hasn’t been able to consistently monetize and capture huge margins like these other oligopoly-like entities have. Twitter’s market capitalization is literally 1/20th the size of Facebook’s.

I started using Twitter in earnest in 2019, and have since become deeply familiar with the platform. It’s the only social network I use, and I somehow have reached over a quarter million followers, which is quite large for the financial industry. I’ve made countless connections from that platform, met some of them in real life, and have learned a ton from others’ content. Basically, I learned how to filter through the noise of social media and get a lot of value from it.

Twitter has plans to roll out “Twitter Blue”- a premium level for accounts that can grant additional features for a small fee. It’s currently being used in select countries for testing. They’re currently rolling out “super follows”, where accounts can charge a low monthly fee to give some followers private access to content.

Recent news suggested that Twitter is working on integrating Lightning wallets into their platform as well, for tips/micropayments.

Overall, my expectation is that they’ll be better at monetization over the next 3-5 years than the prior 3-5 years. That’s not guaranteed, but I think that’s the general direction.

The market seems to be warming up to that idea as well.

The valuation is reasonable, and with an upward trend: 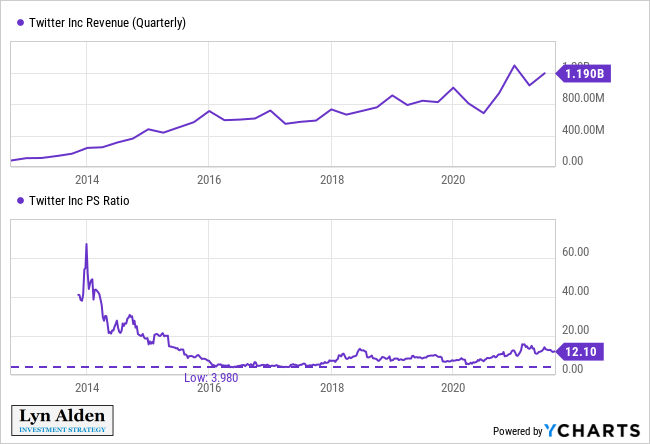 Garrett recently posted a bullish-looking technical chart, saying “Still a micro 3 waves up from the Aug low, but odds continue to improve that wave 3 of (5) is attempting to start.”: 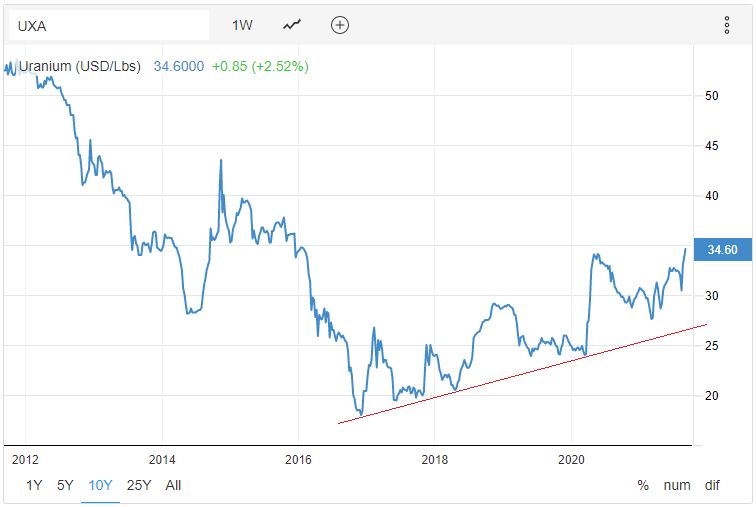 It’s still trading at a price that is below the cost of new production, and less uranium is being produced per year than is consumed (with the difference coming from stored-up secondary stockpiles).

Many people attribute this to Sprott’s (SII) acquisition of Canada’s Uranium Participation Corp, changing it to the Sprott Physical Uranium Trust, with the OTC ticker in the US being (SRUUF). This is because Sprott launched an at-the-market equity program, where they are willing to issue up to $300 million USD in new shares to buy uranium.

In addition to growing the size of the fund (good for Sprott; they get higher fees), this also helps bring more price discovery to the very illiquid uranium market. It’s kind of like saying, “You’re going to trade uranium below the cost of production for a long time? Fine, I guess we’ll buy it all up then.”

Zac recently posted a bullish base case for Cameco (CCJ), the biggest uranium stock on the NYSE:

Cameco has strengthened their balance sheet in recent years, and in my view remains a decent way to have uranium exposure: 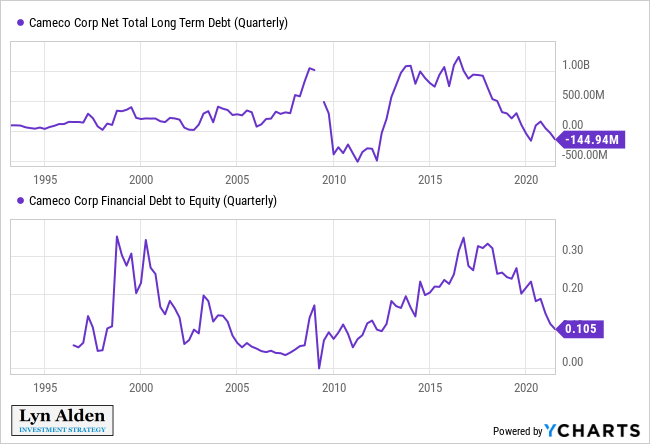