In this issue of “Where Fundamentals Meets Technicals”, I show the alignment on Tencent and the Grayscale Ethereum Trust.

Tencent (TCEHY), as I covered in my recent deep dive report, has a decent argument for having bottomed at around $56 back in August. It hit a sub-30 weekly RSI and the cheapest it has ever been by most metrics, but CCP crackdowns have seemingly subsided, sentiment is looking back up from rock-bottom levels, and fund flows are moving back into the stock. The weekly MACD has flipped into positive territory.

Garrett has a technical setup that can potentially take the stock back to prior highs, which would be a sizable gain from here:

Analysts seem to agree, with consensus forward estimates that justify Tencent eventually grinding its way back to its prior high stock price if the valuation remains close to its historical band (which is a big if): 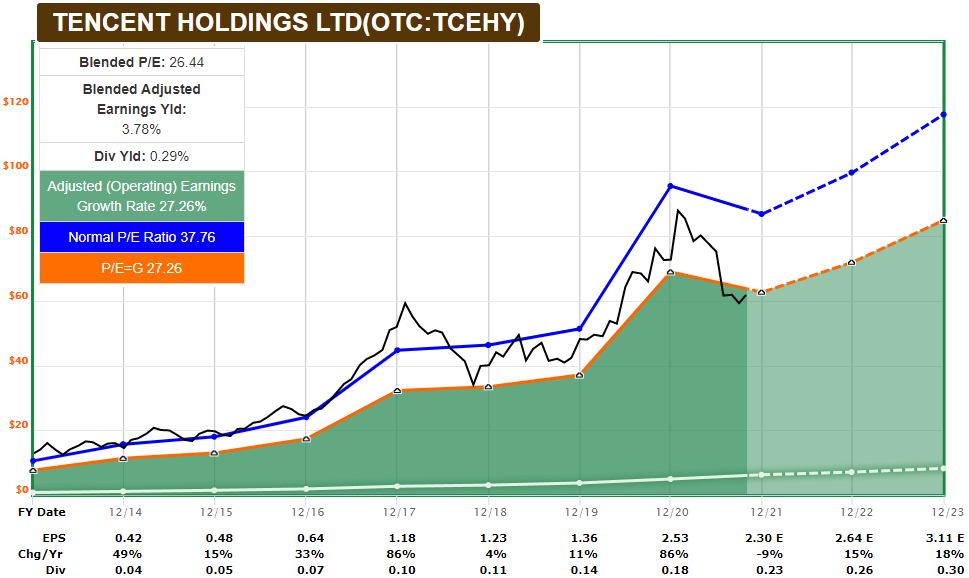 Looking at topline growth and valuation, those metrics also agree: 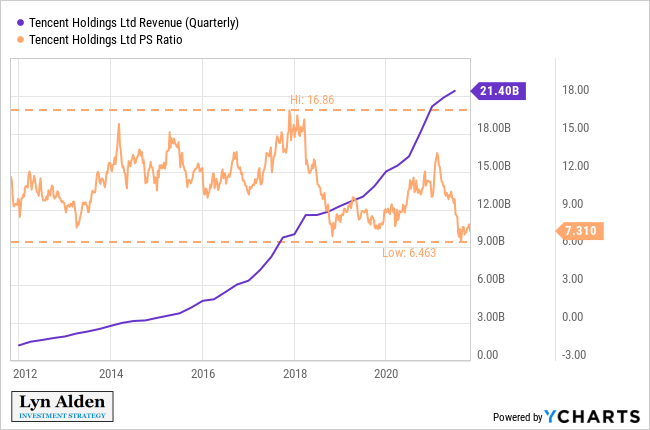 There are a lot of tail risks as I covered in my recent report, but overall for adventurous investors, some of these Chinese internet large caps have very interesting risk/reward profiles when looking out about two years.

Long-time readers know that I have some misgivings about Ethereum’s technical details and use-cases, but have been rather constructive on price this year due to the ongoing supply squeeze, especially once EIP-1559 was implemented. In other words, I’ve been tactically bullish while being structurally skeptical.

Zac has a constructive outlook on the Grayscale Ethereum Trust (ETHE): 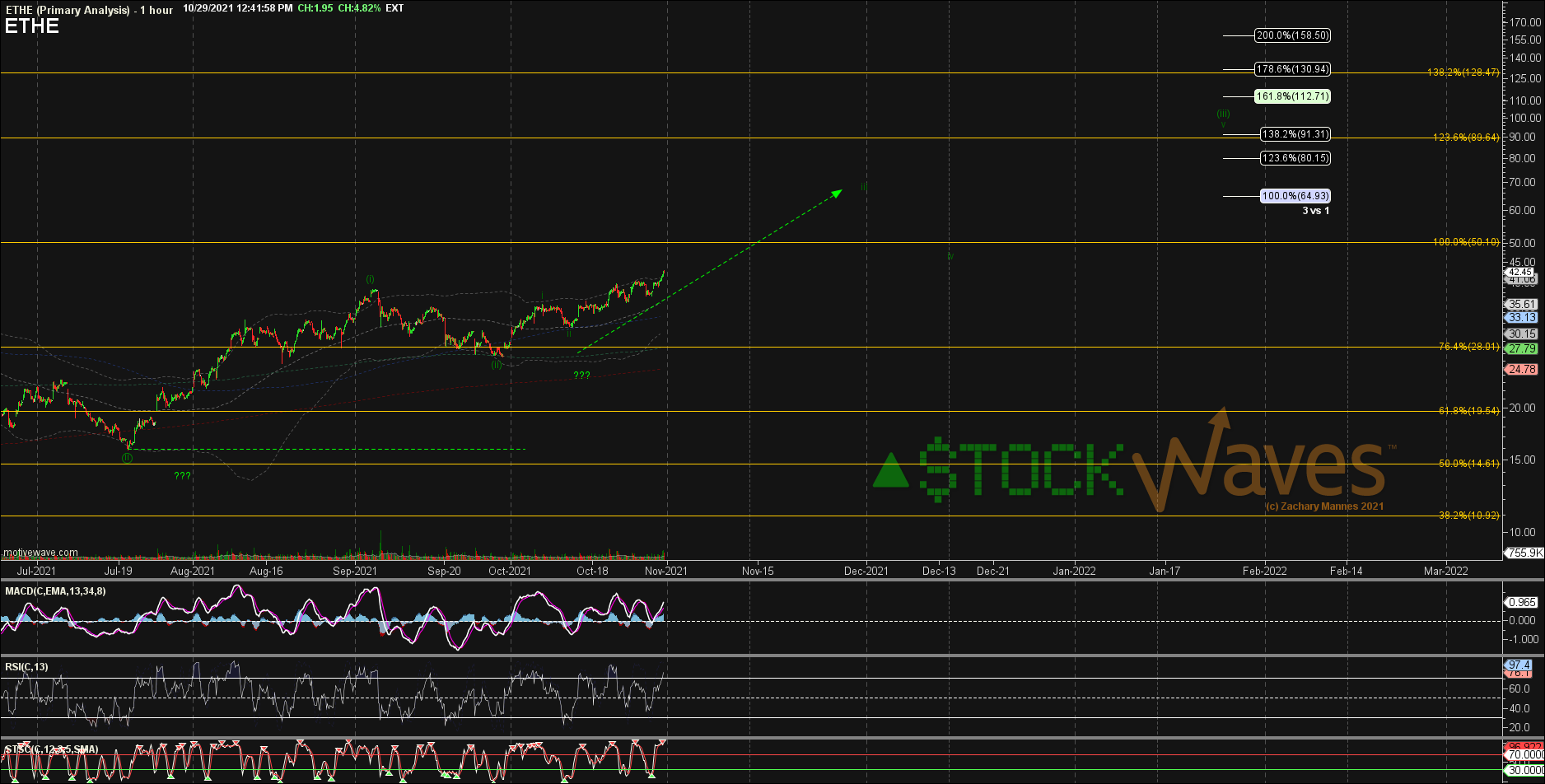 The Grayscale Ethereum Trust used to be an unbelievably bad investment vehicle due to its monstrous premium over NAV. However, now that premium is gone, which is good: 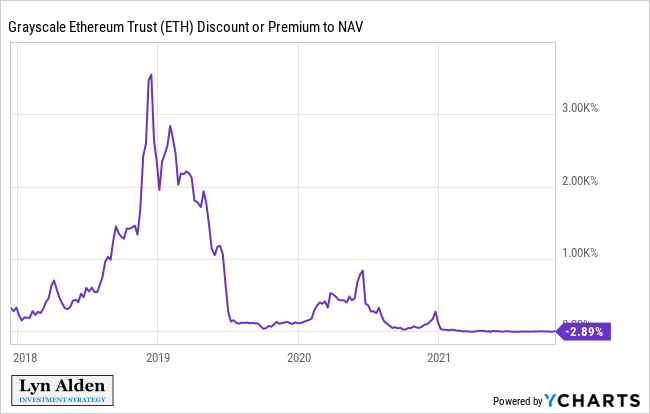 There are still not a lot of products on the market for investors to buy ether in the form of a security (which some institutions require), and so ETHE doesn’t trade at as much of a discount as GBTC. Overall, investors are buying ETHE roughly at fair value.

Approximately 8 million ether have come off of exchanges since August 2020: 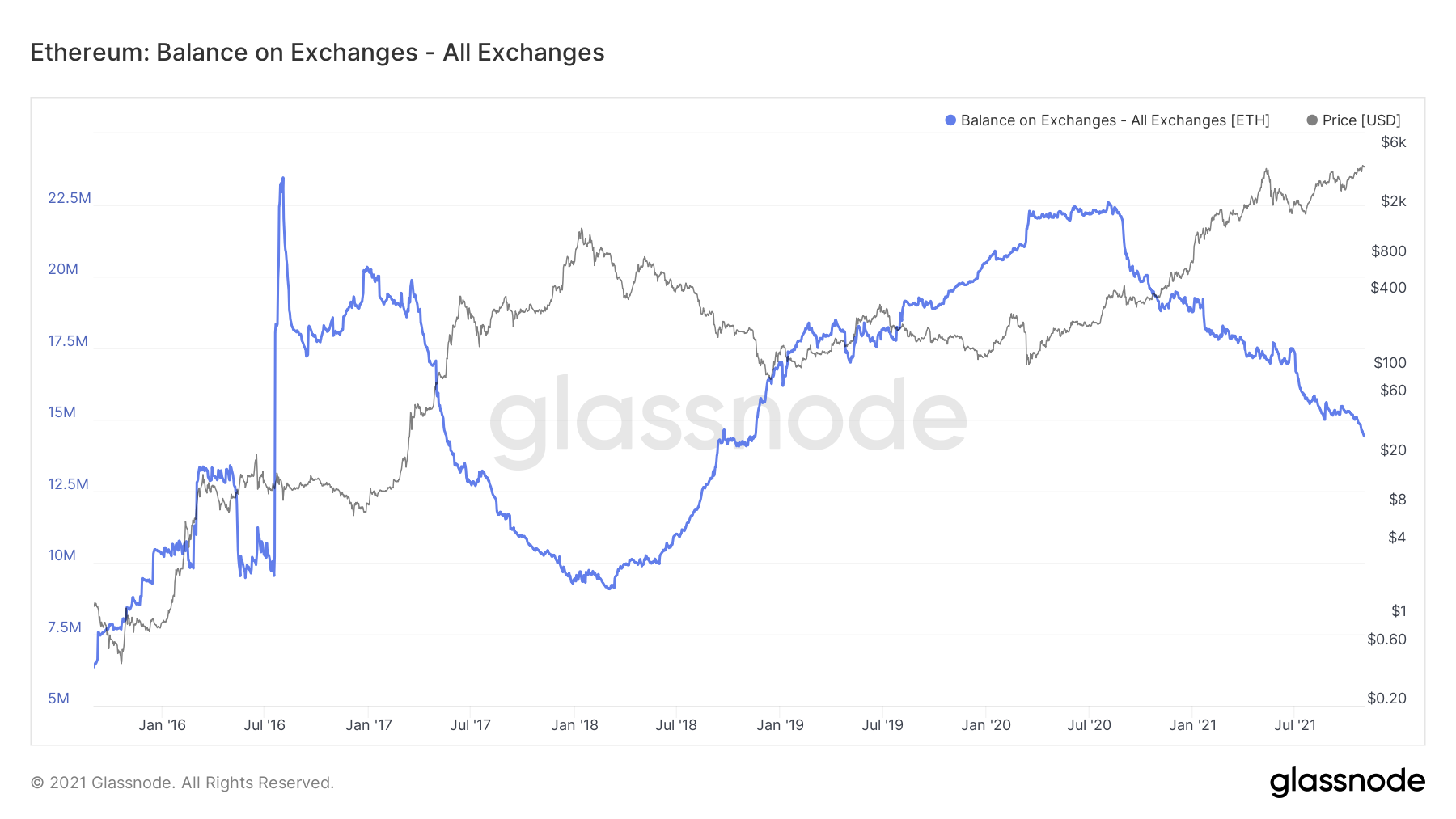 This happens to be almost the same exact number as the amount of ether that has been staked (about 8 million). Basically, some otherwise-idle ether is moving over to the Eth 2.0 contract and getting locked up to earn a yield. This is an effective supply squeeze and is a catalyst to drive the price higher.

I think if Ethereum moves to proof-of-stake sometime in the first half of 2022, it could potentially be a big “sell the news event”, as millions of ether get unlocked. But between now and then (and realistically, we don’t know if Eth 2.0 will be implemented or not by then, as developers have frequently extended their plans), Ethereum’s supply/demand situation looks reasonably bullish.

For a bear case, DeFi growth has cooled off and NFT volumes are below their prior highs, and Ethereum continues to deal with scaling issues that drive some participants onto other smart contract blockchains. But overall, it looks pretty constructive in terms of price over the next couple quarters with a supply squeeze in place, and the technicals seem to agree.