The Fed is tightening monetary policy, but just as importantly, the market each day is making bets on how far and how quickly the Fed will tighten, and in some ways this even drives the Fed to do what they do.

In other words, sentiment around monetary policy is a key variable to watch. Even though the Fed is not done tightening policy yet, we may have reached “peak forward tightening” as priced by the market. This is not yet a high conviction view of mine but it’s a hypothesis that I’m starting to form, and will be observing data as it comes in to confirm or deny that view. 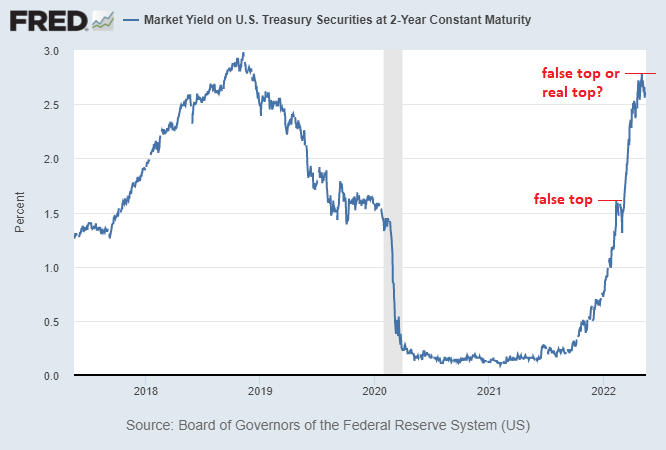 This issue of Where Fundamentals Meets Technicals looks at a few stocks that could benefit if indeed “peak forward tightening” has already been priced in by the market.

Growth stocks are among the most sensitive securities to interest rates, and they’ve been absolutely killed over the past year. I’ve been overweighting value stocks, but growth stocks including the handful that I like long-term have gotten killed even more than I expected. 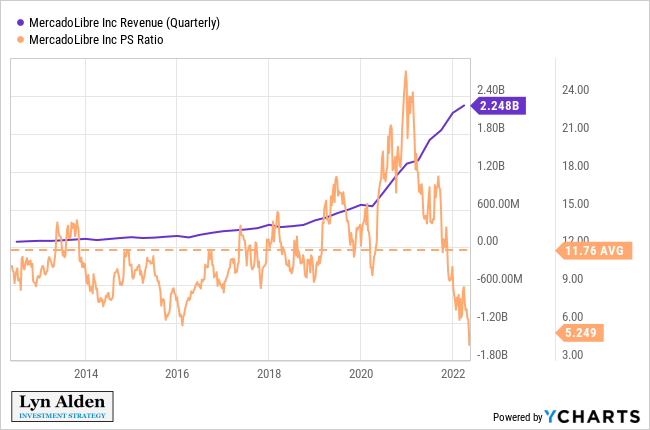 Garrett sees a potential bottom in place, and wrote:

Can be reattempting a bottom as a 4th wave (likely primary degree now), but want to see a new 5 up from the recent low.

Garrett sees a potential bottom in place for Citigroup (C) but likes other bank charts better:

Turning up from the .618 retrace, but other big bank charts look much better in comparison

I personally like Bank of America (BAC) more than Citi from a risk-adjusted return perspective. However, I want to focus on Citi for a moment, because Berkshire Hathaway (BRK.A) just bought $3 billion of it.

Basically, it’s the cheapest major US bank and pays a high dividend yield. Unlike other banks it is trading well below tangible book value, and well below its normal valuation range. 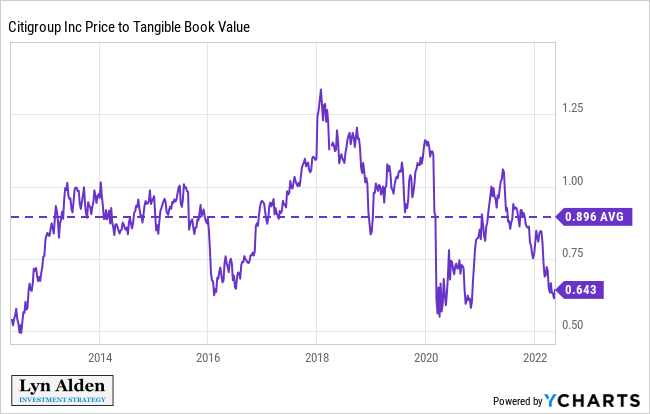 It has a single-digit price/earnings ratio:

With fear in the markets, buying Citigroup well below tangible book value does not seem like a bad 18-36 month trade to me.

Zac has a potential bottom in place for Emerging Markets (EEM): 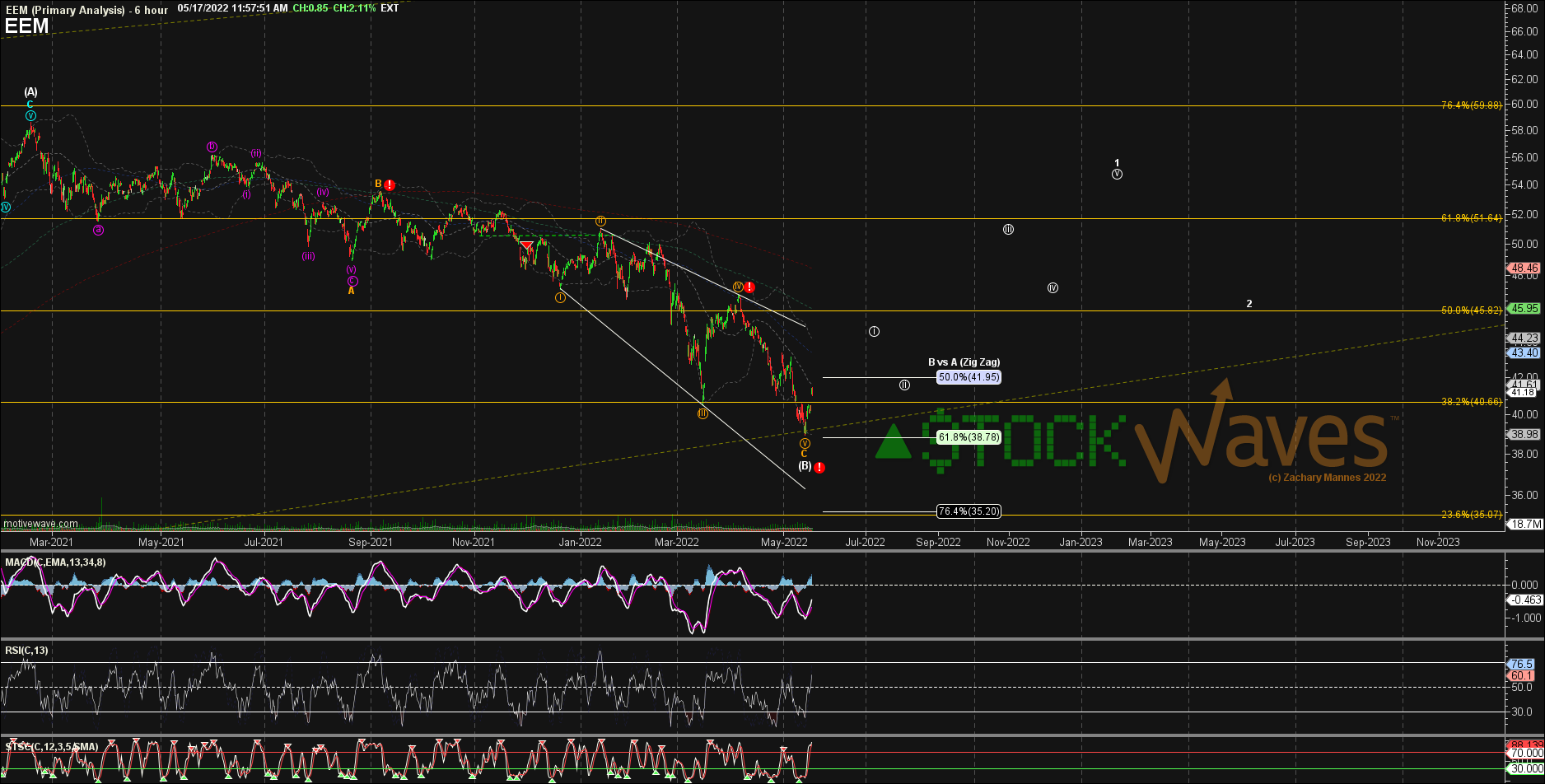 If the 2-year US Treasury yield indeed reached its local peak for this cycle (and for the moment that’s still a big “if”, it’s a hypothesis that’s currently being analyzed), then we could also be seeing a local top for the dollar index as well. 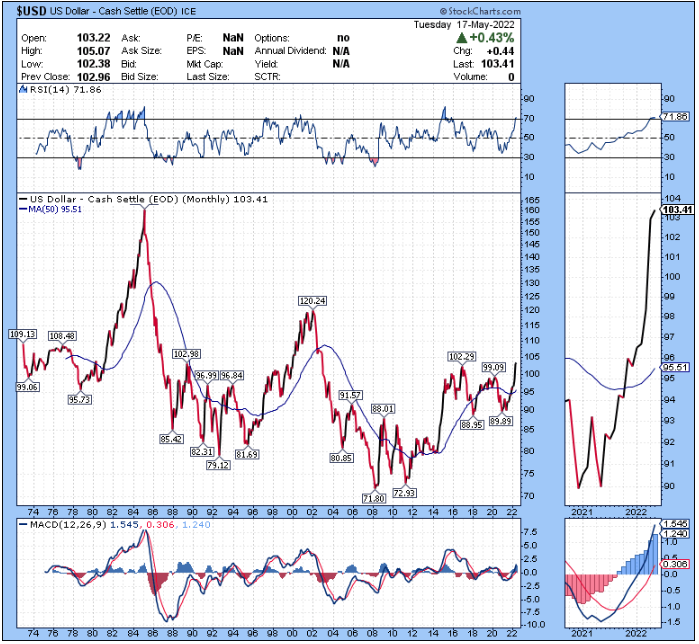 If the dollar indeed takes a breather here, then it can give emerging markets equities a tailwind. In addition, China makes up a large component of the emerging markets index, and they could start easing their lockdown policies which have been draconian over the past two months.

Overall, market participants are strongly positioned for Fed tightening, strong dollar, and weak asset prices, and that sentiment has increasing odds of having reached a local peak around this point, setting up a contrarian move in the other direction.

We should monitor some key trends such as the 2-year Treasury yield, the dollar index, and some of these recent stock price bottoms, to see if they hold and begin confirming that view or not.