Warren Buffett made headlines a couple months ago when it was announced that Berkshire Hathaway (BRK.B) bought a 5% stake in each of the five largest Japanese trading companies, worth over $6 billion in total, and that he had plans to hold for the very long term.

The Japanese trading companies are diverse companies that deal with commodity production, importing, logistics, trading, etc. But what makes them different than most foreign commodity companies, is that they are conglomerates, that also own industrial operations, engineering, real estate, etc. All sorts of things. This gives them less volatility, more vertical integration, etc.

Of the bunch, my favorite is Itochu Corporation (ITOCY). They have a variety of commodity businesses, engineering businesses, real estate and convenience stores, etc. The company has performed well over the last decade despite the headwinds in the materials sector, and they are pretty cheap, with a single-digit price/earnings ratio, a nice dividend yield, and a solid balance sheet. 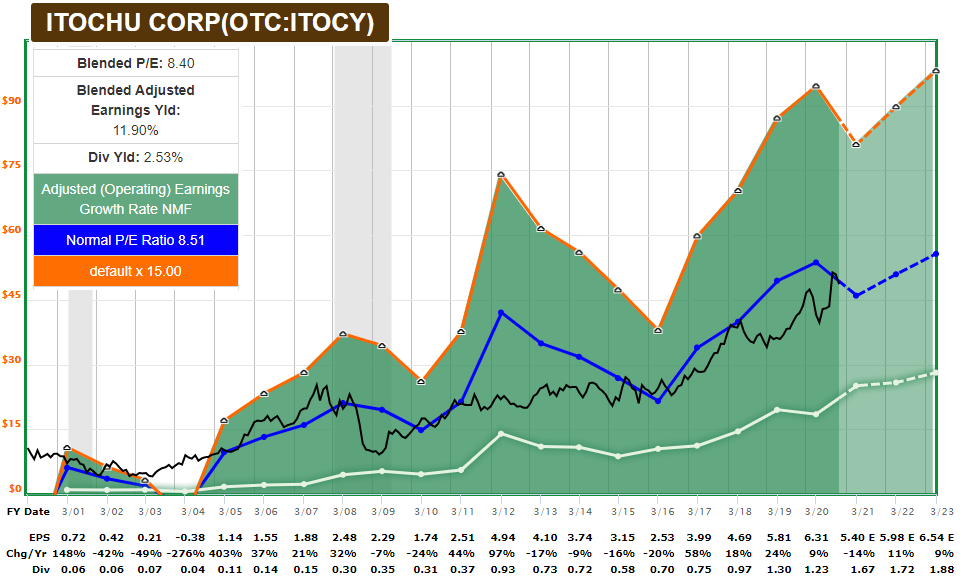 Garrett’s chart looks for a continued correction in the near-term, but good performance when looking years into the future: 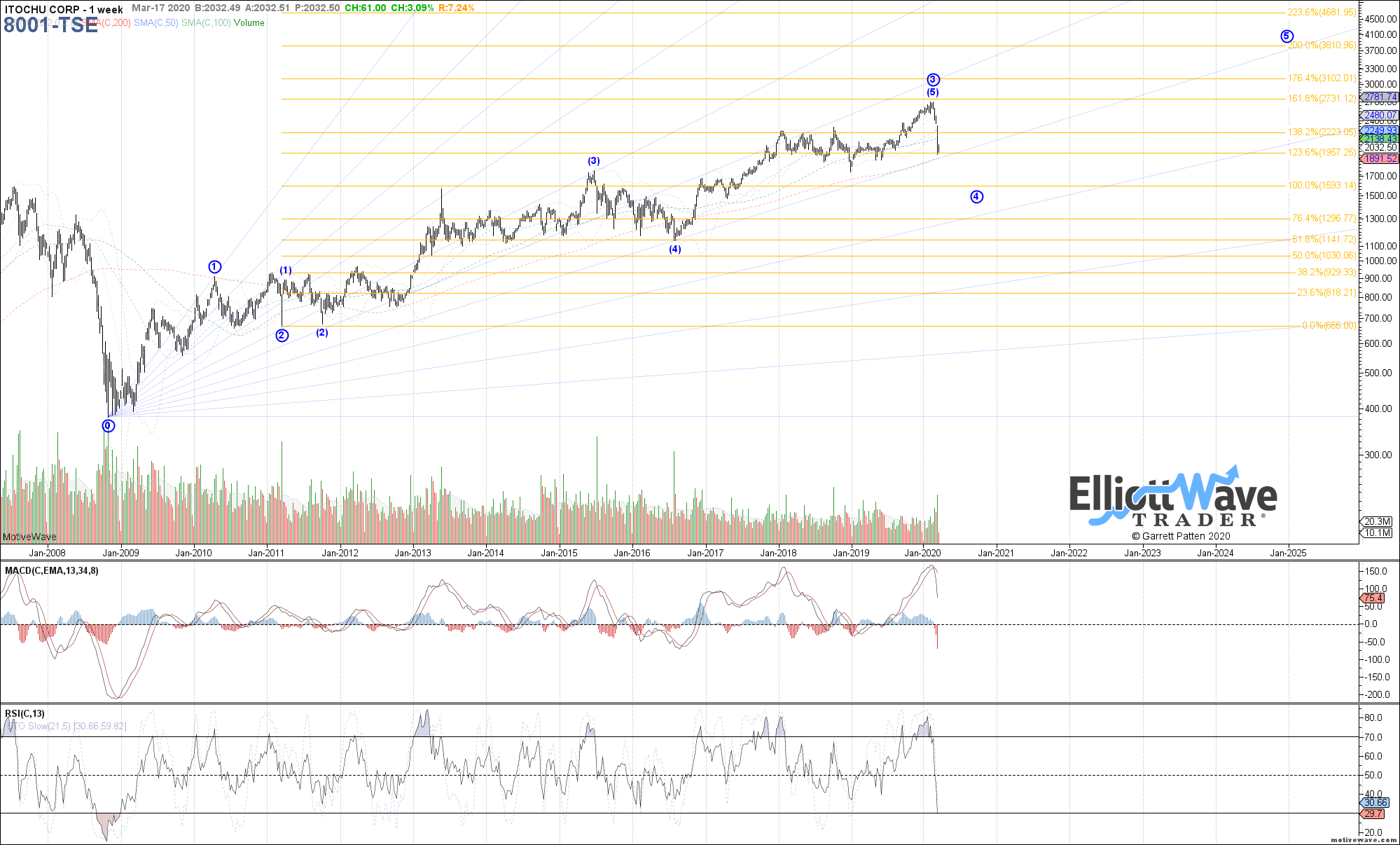 Garrett's chart is the original version on the Tokyo Stock Exchange, priced in yen.

Harry’s chart for the dollar-based OTC security is perhaps a bit more bullish: 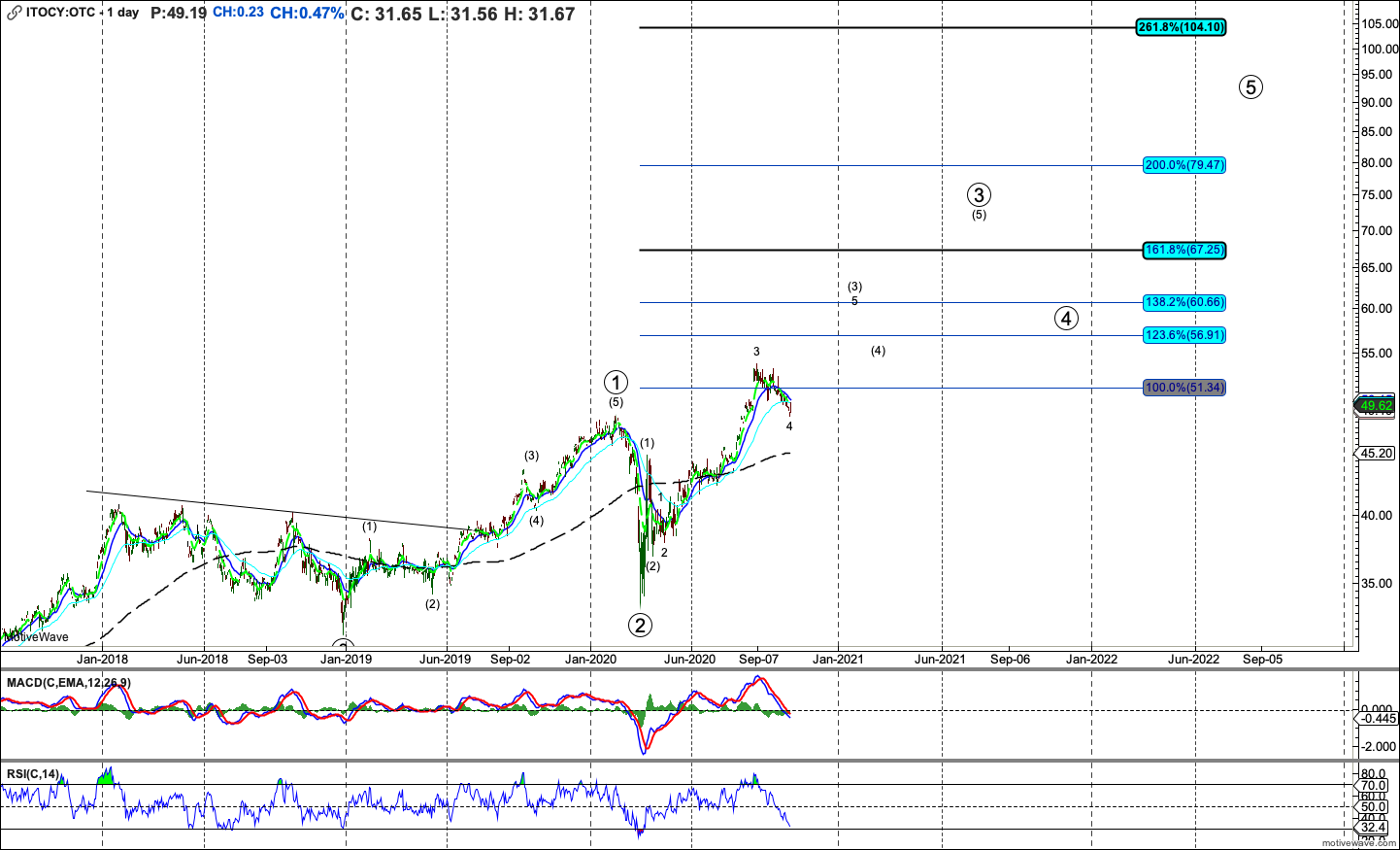 I don’t know how ITOCY will perform over the next year, but I am a fan of it over the next 5 years. It is well-managed, with several quality business units, and focuses on hard assets and logistics, at a very low valuation.

It would particularly benefit from a reflation scenario and a weakening dollar scenario, but has the ability to grind through a difficult period as well. From everything I've researched about it, I sure don't think Buffett was a dummy to buy it. It'll likely be the subject of one of my future deep dive reports.

Novartis (NVS) is one of the largest healthcare companies in the world. It’s domiciled in Switzerland but its products are used worldwide.

They reported Q3 2020 earnings today. Although they slightly beat earnings estimates, they slightly missed revenue estimates, so the stock dropped over 3%. However, they raised full-year guidance, and the valuation and balance sheet are very strong. I like this correction as a time to continue to accumulate shares. 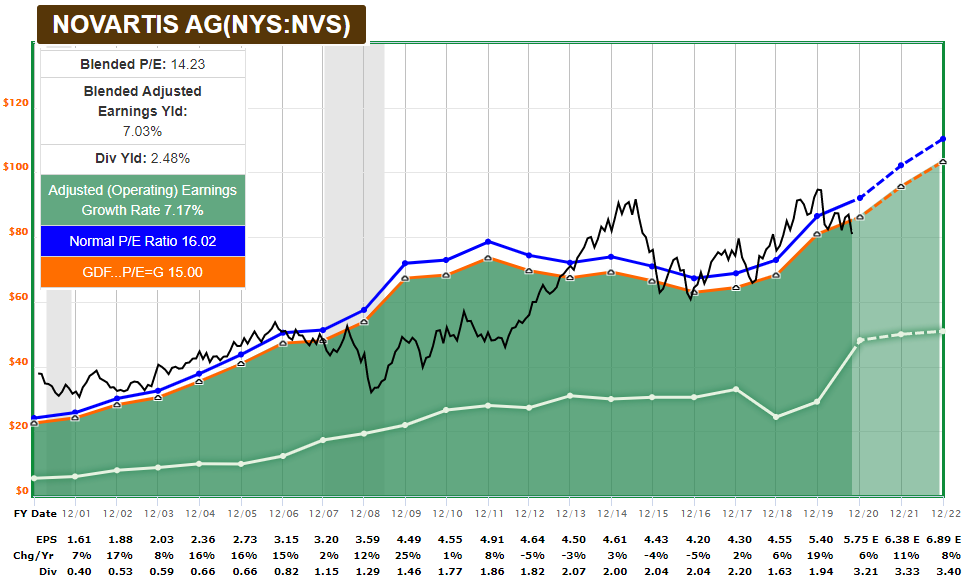 Zac has a pretty bullish chart potential over the next 2-3 years:

I don’t have a specific price target because it will depend on sentiment, but given the valuation and consensus analyst expectations of forward growth, NVS indeed has potential to reach $100/share over the next couple of years.

One reason I like to own foreign equities is to spread out my jurisdiction risk.

Over the past decade, American tech has outperformed almost everything else, but in the 2020’s, that might not be the case. Foreign stocks, and other sectors, could easily outperform in certain macro scenarios, due to lower valuations and some decent fundamentals.

A Note on Bitcoin

Bitcoin has been breaking out in the past couple weeks, with the announcement of Paypal’s (PYPL) involvement, and generally where it is in the halving cycle.

I don’t know what Bitcoin’s price will do next week or next month, but I remain bullish (since April 2020 at $6900) with a time frame that likely stretches into late 2021. Weekly MACD looks great. 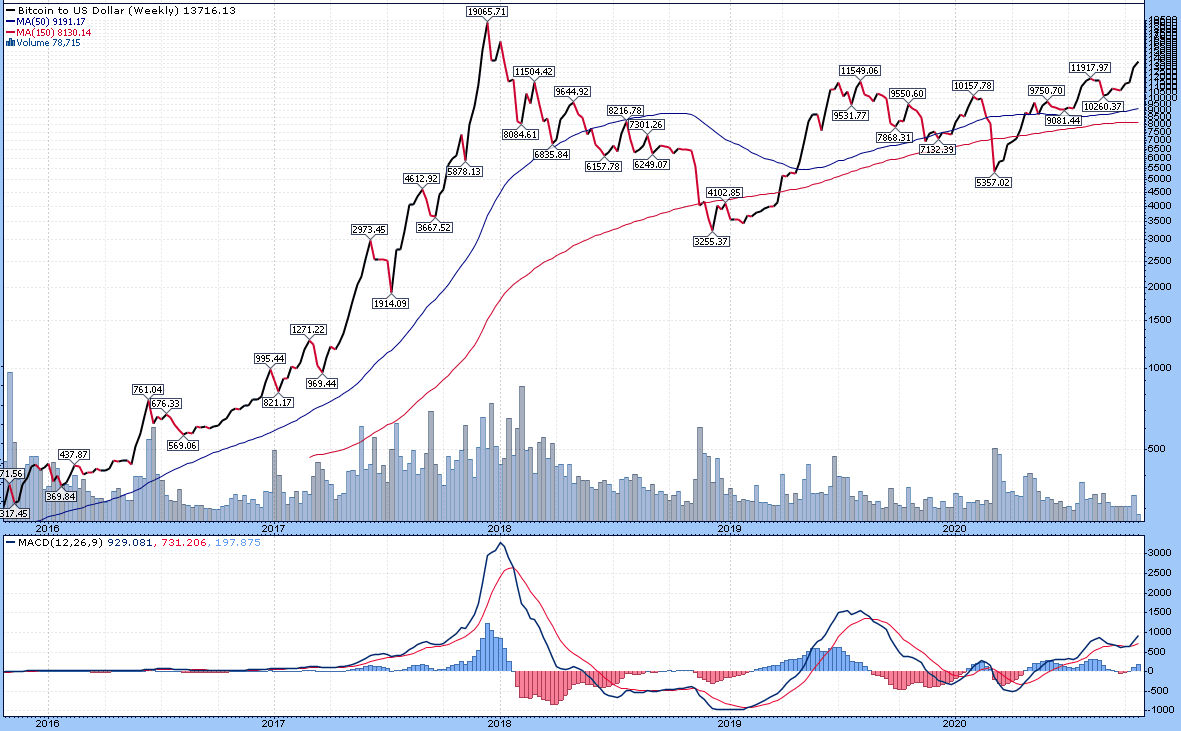 I still like GBTC over the next 12-16 months as well. I prefer cold-storage Bitcoin for my core position in the asset, but GBTC makes for a convenient liquid holding in a small allocation within a brokerage account, including a tax-advantaged account like an IRA.

GBTC’s premium over NAV is still pretty reasonable compared to past history, and overall, it’s a decent enough vehicle for this cycle. 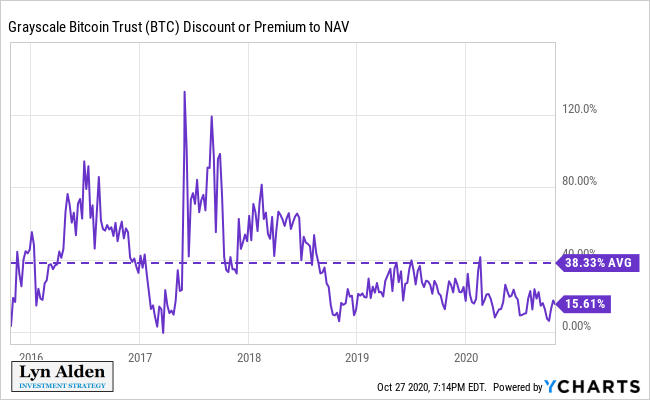