Tesla (TSLA) has long been one of the most controversial stocks, with many investors firmly entrenched in the bullish or bearish camps.

In the past couple months, however, the stock absolutely crushed the bears and triggered a breathtaking short squeeze, driving the stock ever-higher. 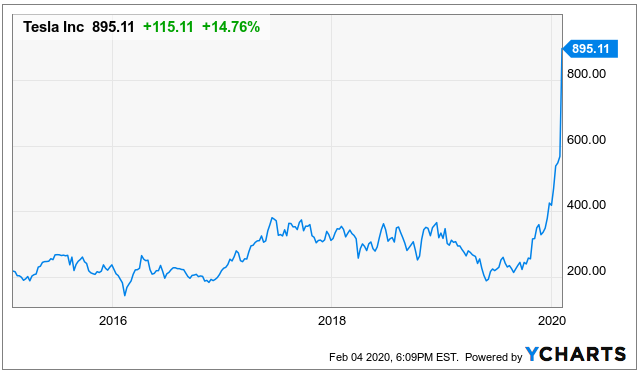 If you've been a Tesla long during this run-up, it would be a good time to re-asses your portfolio's diversification and risk tolerance. I view Tesla as a sell at these levels.

Garrett recently provided his wave count on Tesla, and the base case is for a rather sizable pullback in the intermediate term: 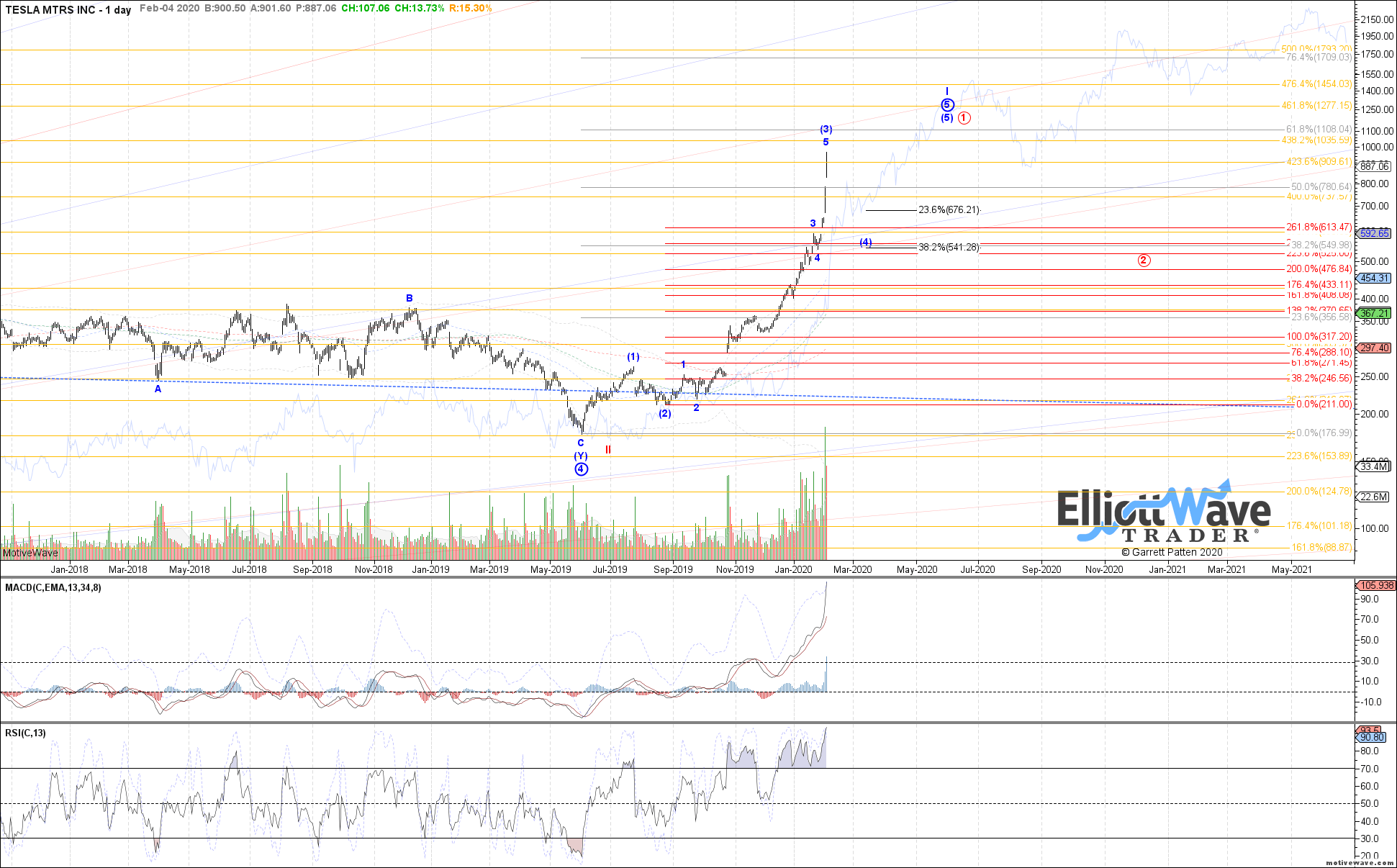 Looking at basic RSI/MACD on the weekly chart, Tesla stock is in the stratosphere: 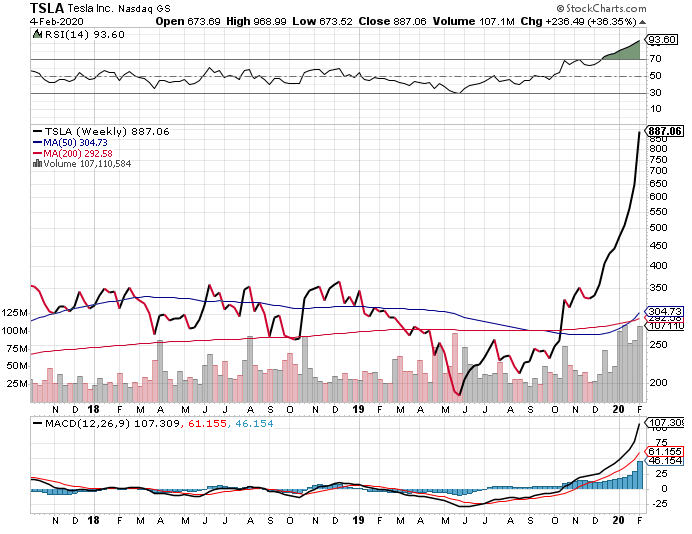 In addition, the normal buying and selling patterns for Robinhood users recently broke down. Robinhood has an open API and is a great dataset to see a subset of retail investor behavior.

Going back to May 2018, the number of Robinhood users who owned Tesla was inversely correlated with the stock price; users generally bought dips and sold rips: 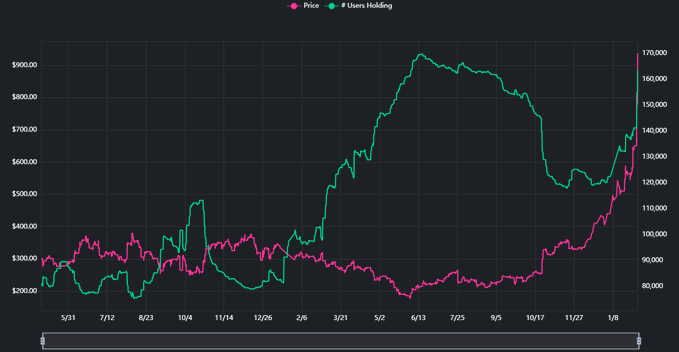 However, starting in December, that pattern broke down, and tens of thousands of Robinhood users began piling into the stock as it went vertical. In particular, about 20,000 of them bought Tesla just recently over $700.

This latest rally is likely driven by a short squeeze. Many short-sellers with oversized positions are subject to margin calls at these levels, and forced to unwind their positions, which ironically creates even more buying pressure while it lasts.

However, the unwind appears to be winding down. Tesla now has historically low short interest: 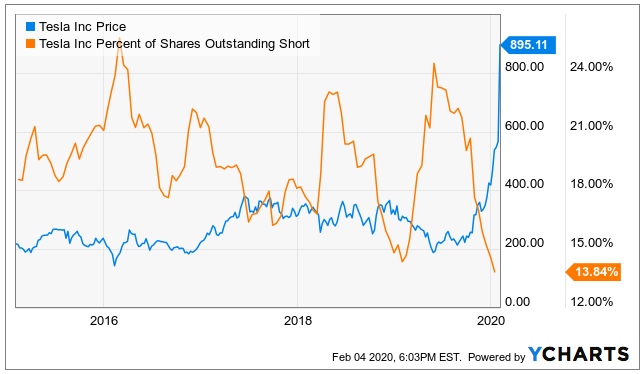 It requires rather hefty expectations of revenue growth and profitability to justify the current share price.

At this time, Tesla is not a consistently profitable company on a net income or free cash flow basis. The company loses money more quarters than not, and is reliant on raising equity capital and issuing junk-rated debt to fund its operations. However, Tesla bulls expect the company to eventually reach sizable enough scale to correct this problem.

However, even their revenue growth is choppy and down lately, and thus hard to predict. This isn't a smooth-growing high-margin software stock with a fortress balance sheet; it's a choppy low-margin hardware sales business with a leveraged balance sheet. 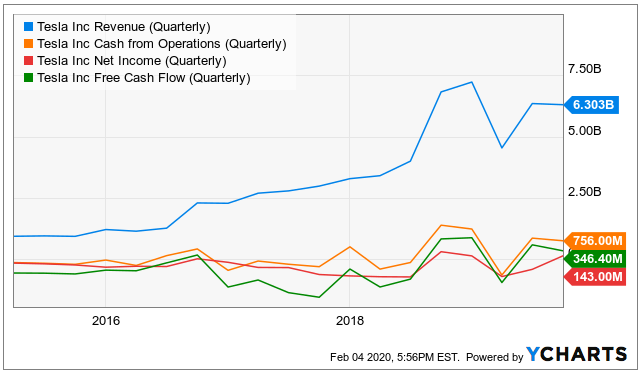 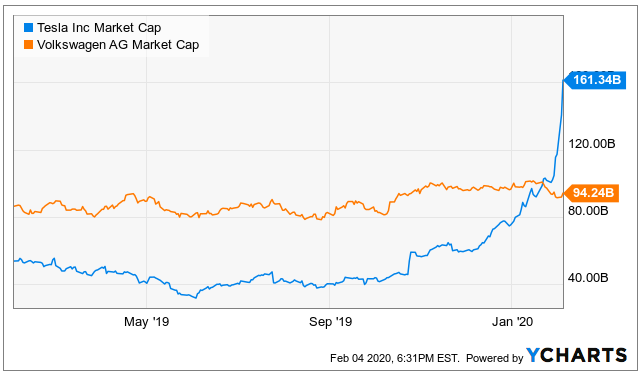 Tesla has more growth potential than the big automakers, but is an order of magnitude smaller at the current time. The share price has gotten ahead of itself, even for investors with an optimistic outlook.

Automaker profit margins tend to be in the low-to-mid single digits. An exception is super high-end makers like Ferrari. Even it Tesla goes on to sell millions of cars per year, it's an open question of how profitable they will be. 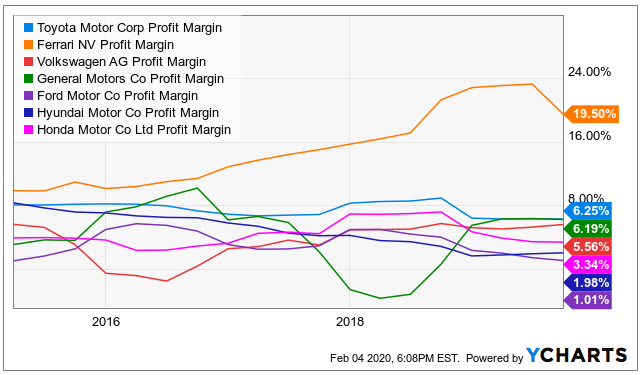 Separate the Company From the Stock

When a company does well, its stock price can still suffer from overvaluation and provide low forward returns. For example, look how Cisco (CSCO) did in terms of stock price compared to revenue growth over the long run: 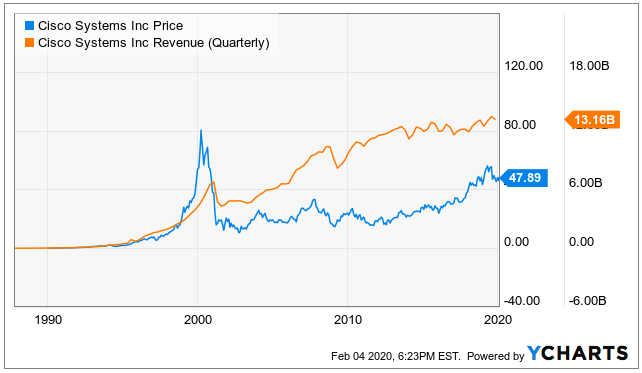 During the 2000 bubble, Cisco reached levels of valuation that made no sense. The company went on to become fundamentally successful, but its stock price still hasn't recovered.

I'm not necessarily saying that Tesla is in that position, but when a stock becomes overvalued and overbought, it can bring years of potential stock gains forward, so that even if the company goes on to grow significantly, its stock often ends up offering poor returns from that elevated level.

Stay safe out there!