The FOMC released a statement today, along with a press conference by Fed Chairman Jerome Powell, that set the stage for ongoing monetary policy by the Fed. They have these releases every six weeks on average, and this one didn’t have many surprises.

The Fed committed to continuing its bond purchases, and changed their target from $120 billion per month to “at least” $120 billion per month. They also re-iterated their view that more fiscal aid is needed, and indeed as of this writing, Congress appears to be narrowing in on actually passing a $900 billion piece of legislation prior to Christmas. We’ll see if any curveballs happen and break down those negotiations.

This week’s issue of “Where Fundamentals Meet Technicals” focuses on banks and Bitcoin.

Banks have been big underperformers over the past five years, as growth stocks ran circles around them. However, if we are indeed starting a growth-to-value rotation, banks could be beneficiaries. Their valuations are reasonable, and they benefit from rapid broad money supply growth and a steeper yield curve.  They’ve already down well since I began discussing the more directly this spring and summer, but the fundamentals suggest that this could be a multi-year bullish story. 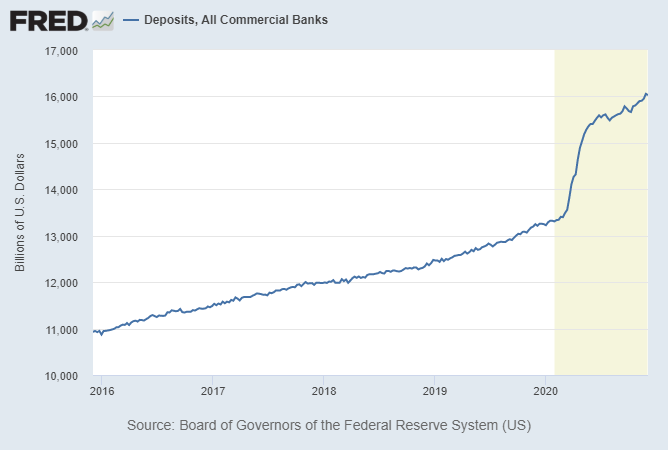 Another $900B+ aid bill would put another log on that fire.

Banks love that; their deposit base is bigger, and they continue to earn a profit from the difference between long-duration and short-duration assets. The more deposits they have, the more they can earn those spread profits.

Likewise, the yield curve has been steepening, as it often does at this stage of the economic cycle. This chart shows the difference between 10-year Treasuries and 3-month Treasuries: 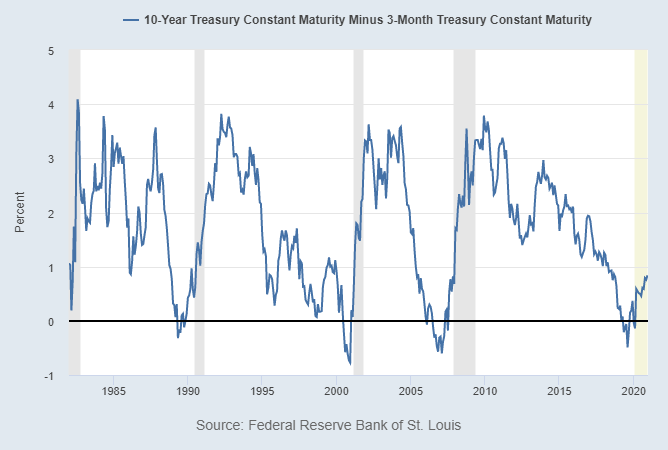 All of this continues to be favorable for banks. More money, and a steeper yield curve on that money.

Bank of America (BAC) has been Warren Buffett’s favorite play lately. He has been selling or trimming other bank stock holdings this year while buying more BAC. BAC was crushed during the global financial crisis, Buffett helped bail them out, and since then he has been a growing investor. 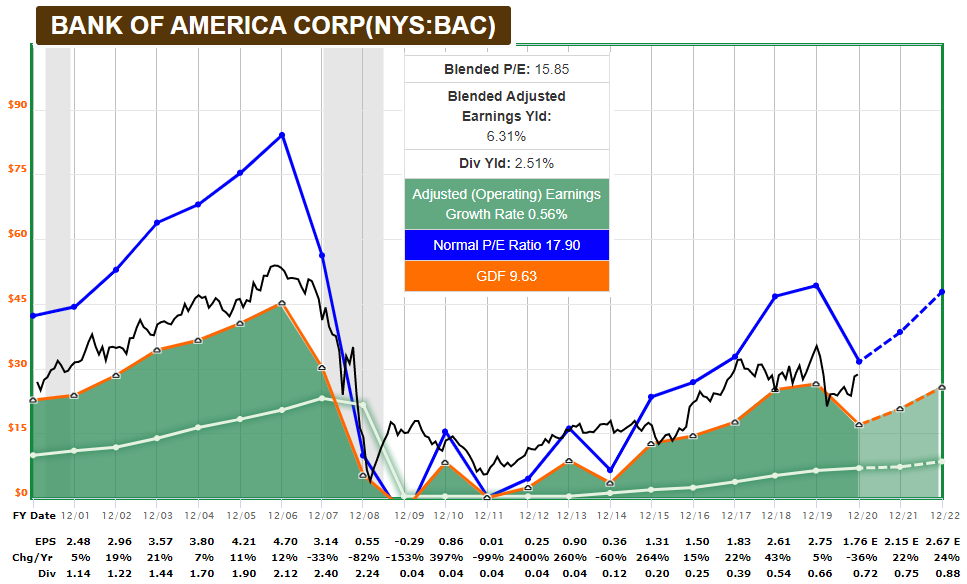 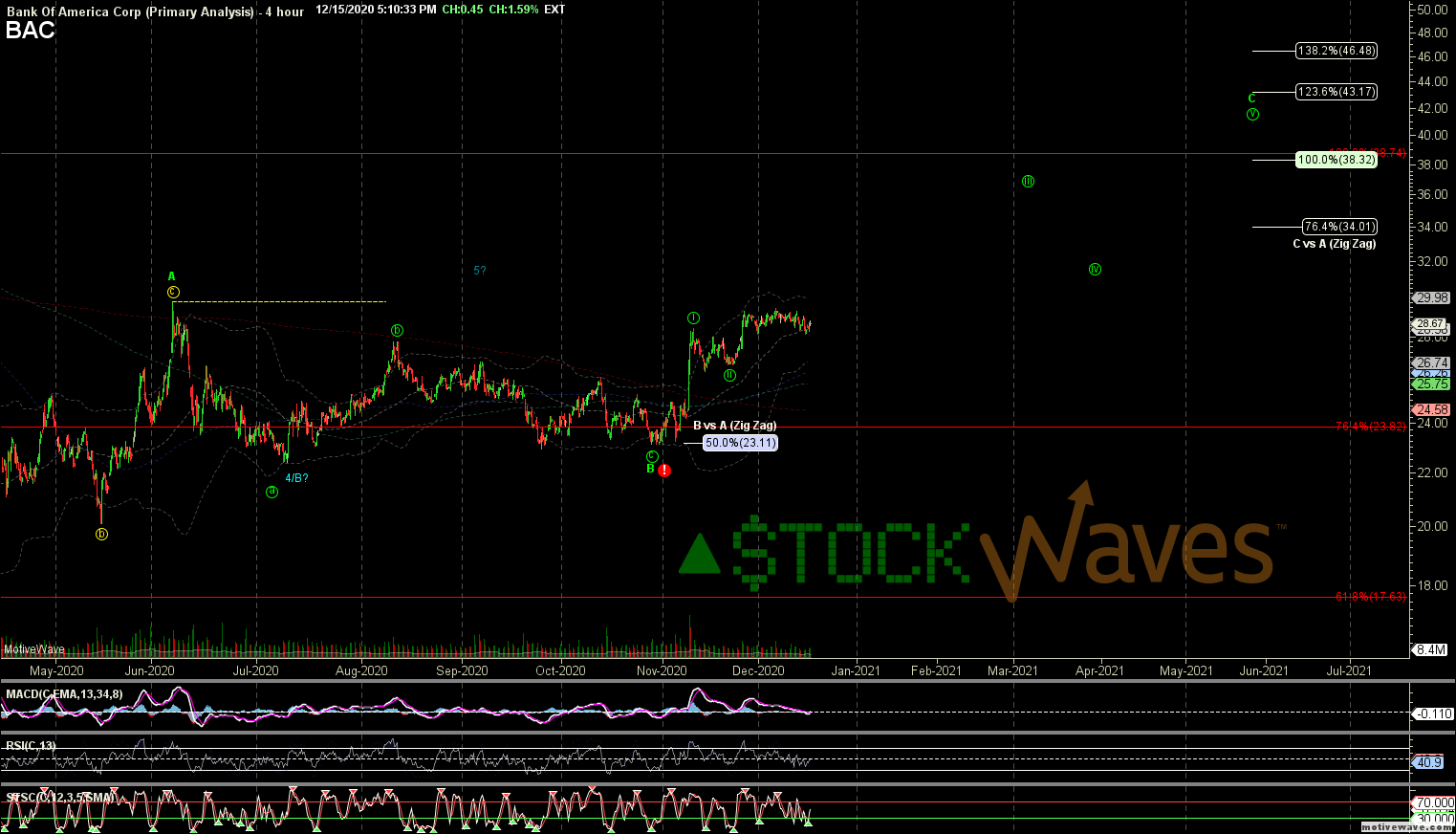 Fundamentally, I have a preference for some of the global banks. I like Scotiabank (BNS), Sberbank (SBRCY), and DBS Holdings of Singapore (DBSDY). 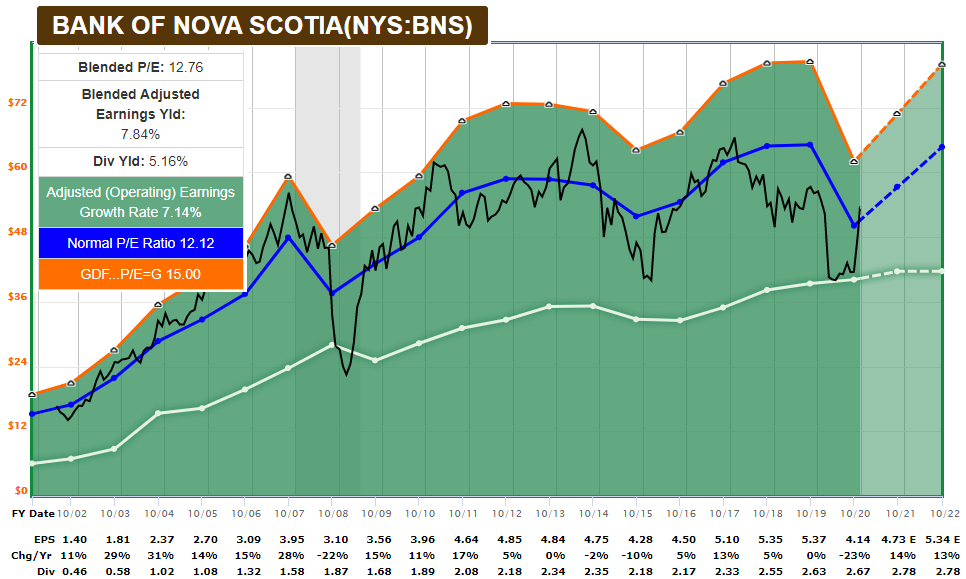 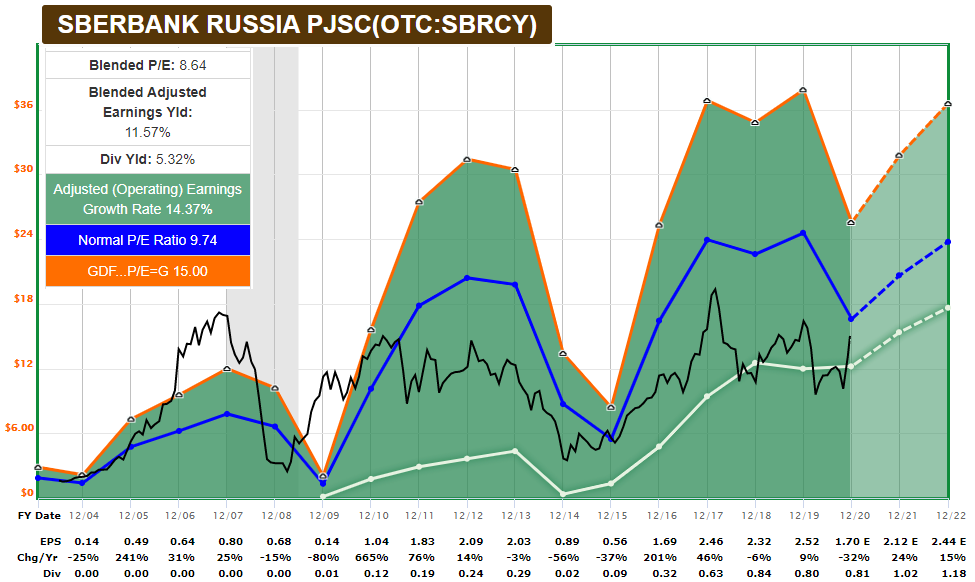 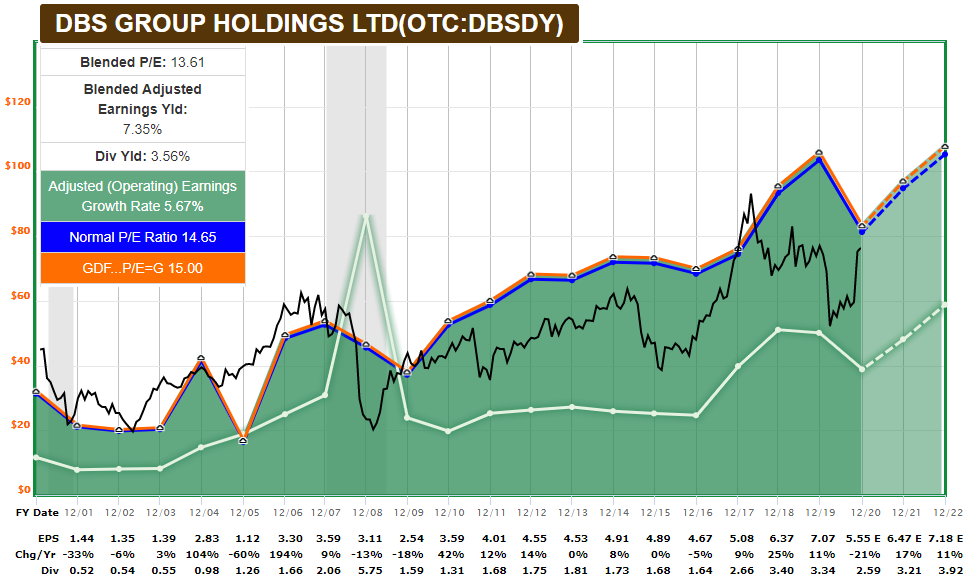 Zac recently posted a chart for Scotiabank, showing that a correction wouldn’t be surprising but the overall outlook remains bullish:

For most analysts, the biggest risk to banks would be a broad insolvency crisis. If no stimulus occurs, if evictions increase, and if more small businesses go bust, all sorts of loans owed to the banking sector could fail.

And that’s certainly a risk to be aware of. My base case, however, is that inflationary fiscal policy will keep injecting capital into consumers whenever there is a solvency risk. Long-term debt cycles tend to end with currency devaluation and a period of inflation, rather than broad nominal default.

Some banks, like Sberbank and DBS, are moving into the blockchain space by testing it as a way to reduce administrative overhead, and for digital asset custody and trading that is becoming more and more popular and commonplace.

So, I remain bullish on Bitcoin, and it also serves as a nice hedge for my bank stock outlook.

In my December 6th deep dive report, I pointed to a decisive break over $20,000 as a bullish catalyst to watch for. Today we got that break. Here was the chart I posted back in that report, showing how the supply halving cycle fits into the long-term price pattern: 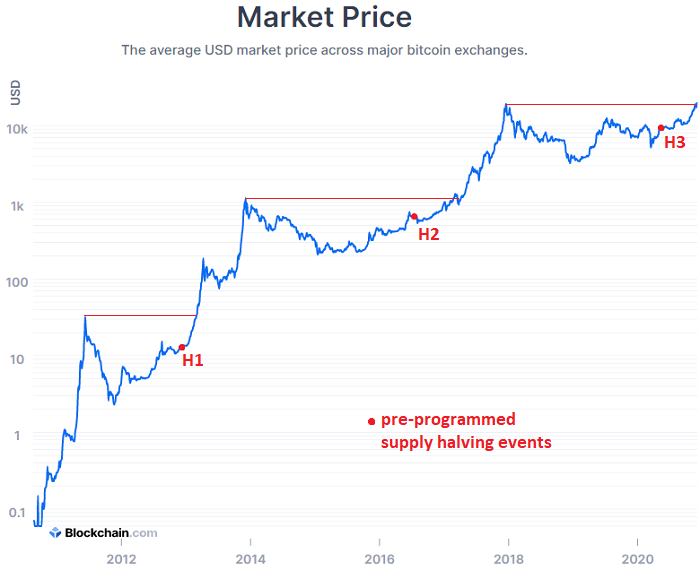 Zac has a bullish GBTC chart:

And so does Garrett: 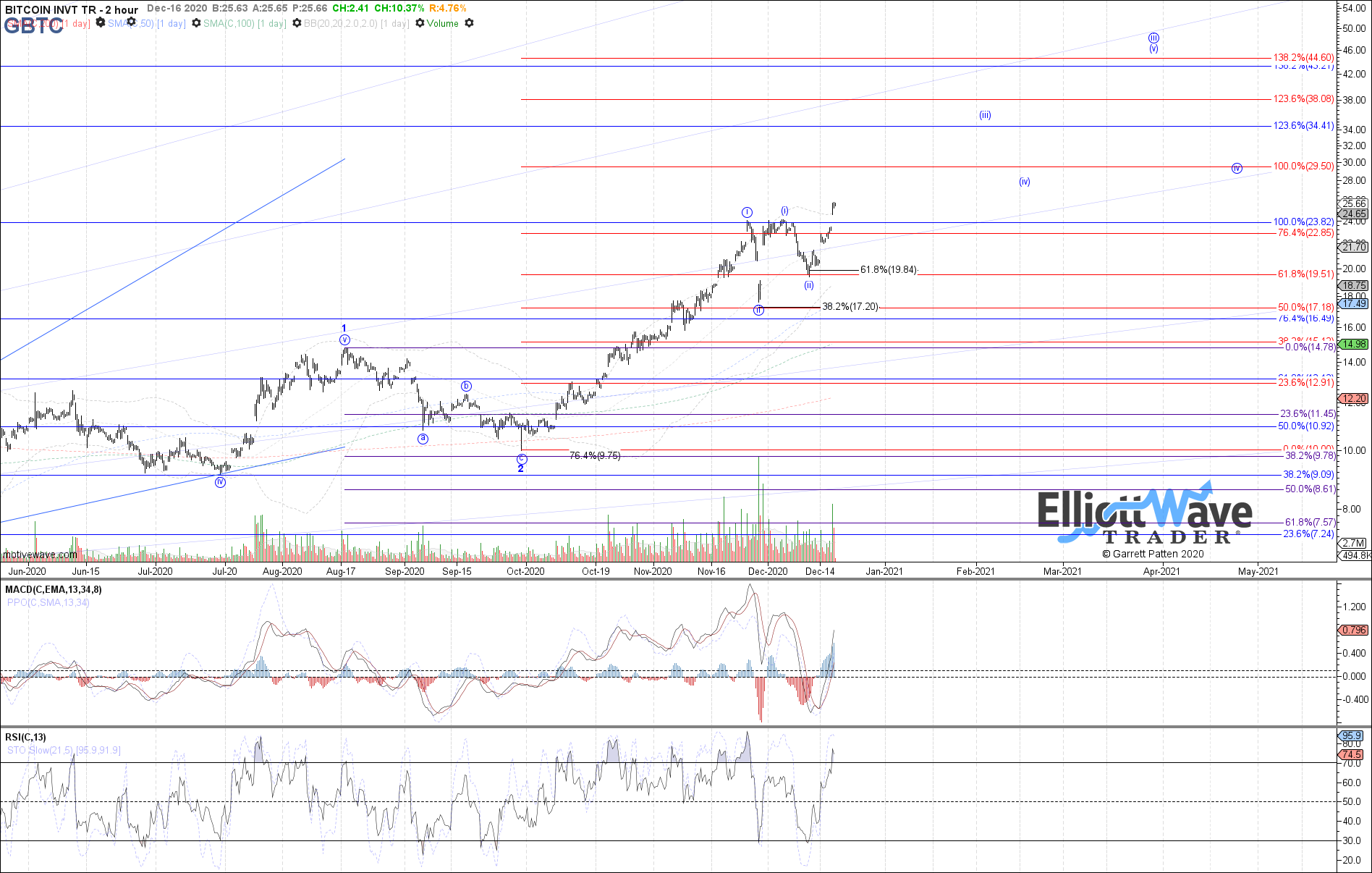 For big money, I prefer direct Bitcoin holding, but I use GBTC in my No Limits portfolio and in my IRA.

In my view, high-quality bank stocks remain a decent value/dividend play, while Bitcoin remains a high-octane high-volatility play on its expanding network effect. And at the moment, the technicals are rather supportive.