Its easy to point to it as the leader and draw conclusions from it.  Yesterday and Today I am seeing SO much to do about the FANG's...all down on the day or mildly up underperforming the Tape by a wide margin.  To me...what the FANG's do for the next few months is inconsequential to the TAPE.  They are much to do about nuttin....say what?

They all completed nice 4th wave corrections over the first half of the year.  They are all looking pretty constructive off those lows.  The Shiny object above FANG's are trying to have the masses miss those 4 sectors building internal strength....they have had huge moves this week.  They are now leading....that is BREADTH. Albeit its only a few days and weeks, but this is That ooommmphhh required to catapault the SPX up in its final 5th wave to 3000+ and likely even 3200.

Now throw in Consumer discretionary which has been enfuego and been leading this year up 10% so far and clearly wants to go higher.  It could very well be in the heart of its 3rd wave impulse up of the final 5th wave.  That’s 13% of the SPX, so now a total of 54% of the Tape in strong sectors.

Throw in Energy, which is in a cycle by itself, but has much more meat on its C-wave up bone.  Now this one doesn’t look like it has to head immediately higher like other setups, but down stream after this recent consolidative pull-back from the highs it can very well march to new cycle highs.  That’s another 6% of the tape in a good posture putting 60% of the tape in a very good posture to carry the baton in the 5th wave to new highs on SPX.

Real-estate, Utes, and Telecom I really don’t follow all that close and could careless about frankly till they show they have a pulse and alpha could be generated, that’s 8% of the tape, call it neutral.  Maybe it goes higher, maybe lower, but doesn’t matter much.

So what’s left…Staples at 6%....i don’t have a strong call here either, I follow them closer than the above mentioned small sectors, but they’ve been beat to heck over the past few months….that’s not bullish to me….but a bullish tape doesn’t require staples leading, im not a fan when staples lead.  So call them mildly bearish or neutral, whatever….their impact on the tape…minimal as well.

And…then as the whole lead in telegraphed we have TECH left at the whopping 25% weight….even if tech goes down in some areas…that 60% of strong sectors I went into detail in overpower the weighting.  We could still Technically and mathematically see the SPX higher and Tech down, its possible.  (this is an example of math for illustration not a bearish Tech call by the way.)

If tech goes sideways, Tape can still go up.

If Tech keeps going up, well boom the Tape goes up just faster and further and now 85% is in a bull posture.

My point…the TAPE has done a brilliant job of getting the masses to talk and care about Tech.  Tech Tech Tech.  Awesome.  So now we are at a pivot point where we have a TAPE background that finally, finally, finally is not reliant on Tech to go up and up a lot.  We have 60% in a strong bull posture over the next few months…we have the other parts which may infact help as well….or in the worst, hurt the tape very little.

What Lies Beneath is bullish.  Quite bullish.

Industrials, Materials, Financials, Consumer discretionary  leading are all very healthy economic signs.  Throw in EEM or emerging markets about ready to rocket launch in its respective 5th wave, and you have a nice RISK ON Backdrop.  EEM has led the past few days and looks great off the lows.  Biotechs are slowly getting a match light inside healthcare signaling risk on.

Swing Trader Speak:  The next 6/9/12 months is a fantastic long opportunity without leverage or with.  Whatever your style.

This is not a 24 hour analysis or week or two…this setup is a great multi month play where the squiggles are not of interest.  Will there be pull=backs….yep…will people get shaken…yep….patience is required.

Seeing many 3-5x and some 6/10 x opportunities in individual stocks and sectors to play this move in options going out to Jan/Mar/June of 2019.   Patience is required and not for everyone, but will be rewarded come early 2019.

Im a fan of the lazy river.  I like floating with a  cocktail in hand, and accruing big profits.  Get your sunscreen out, once those positions are set! 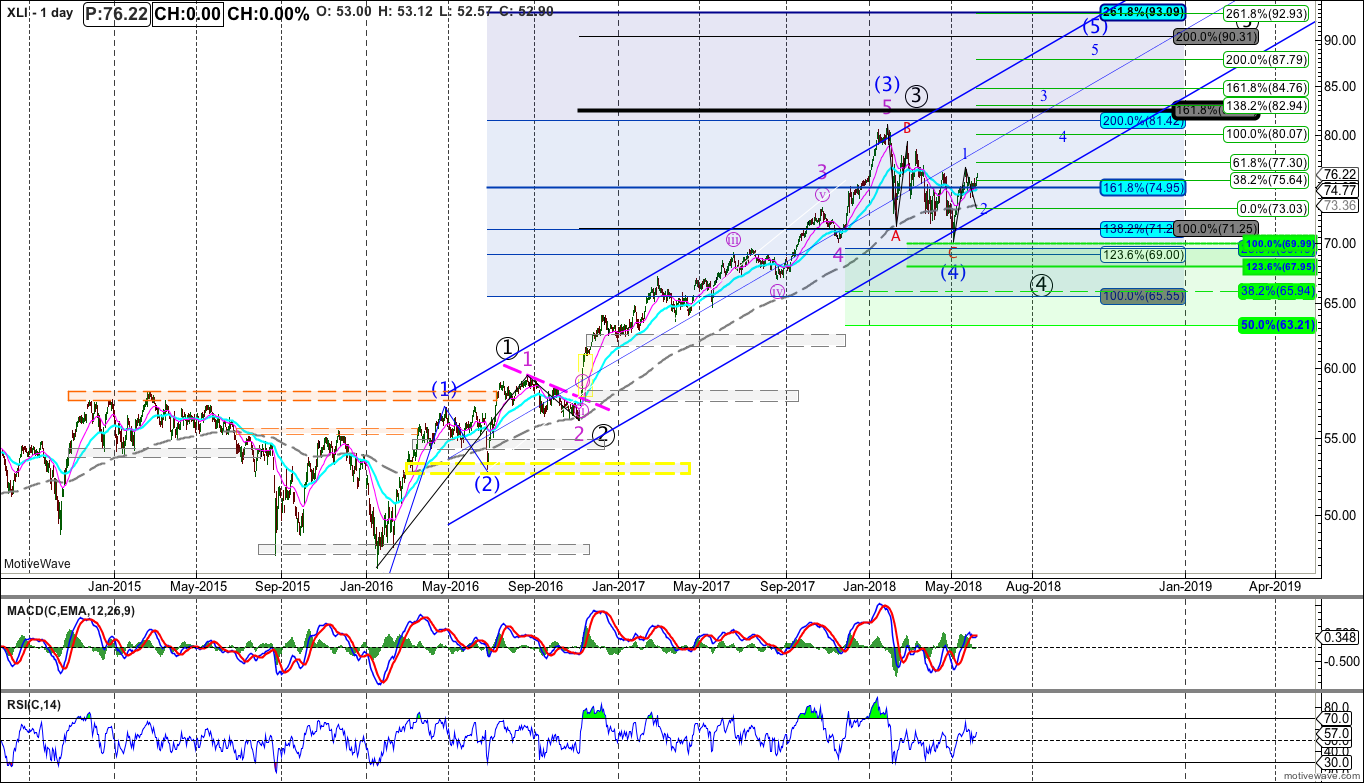 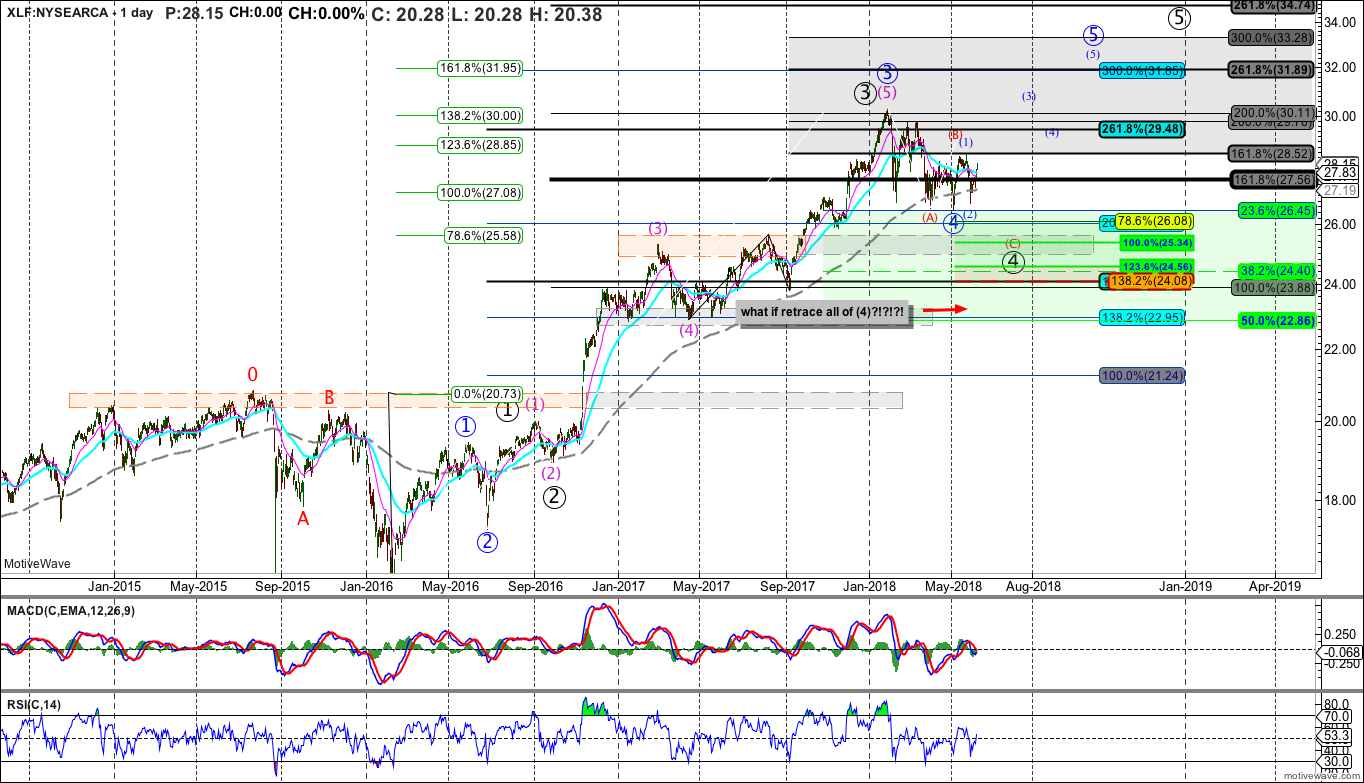 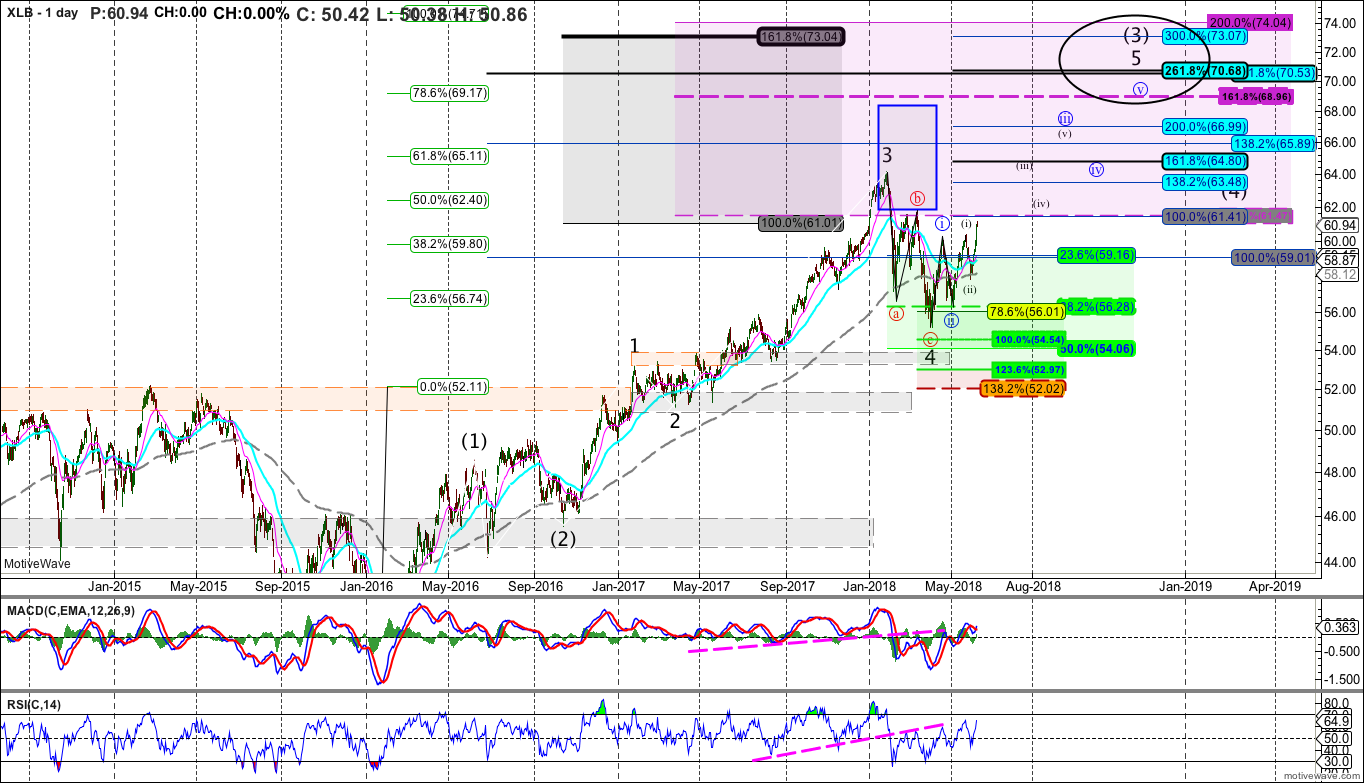 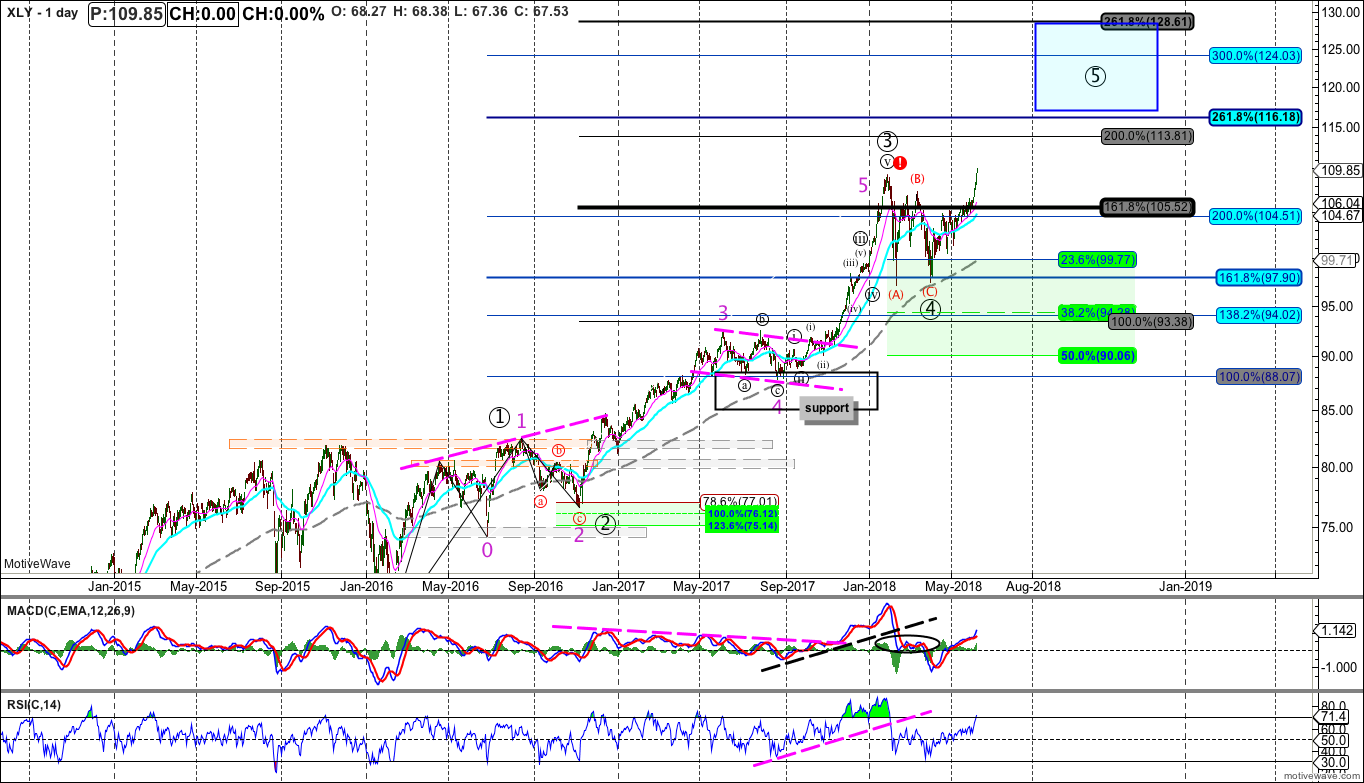 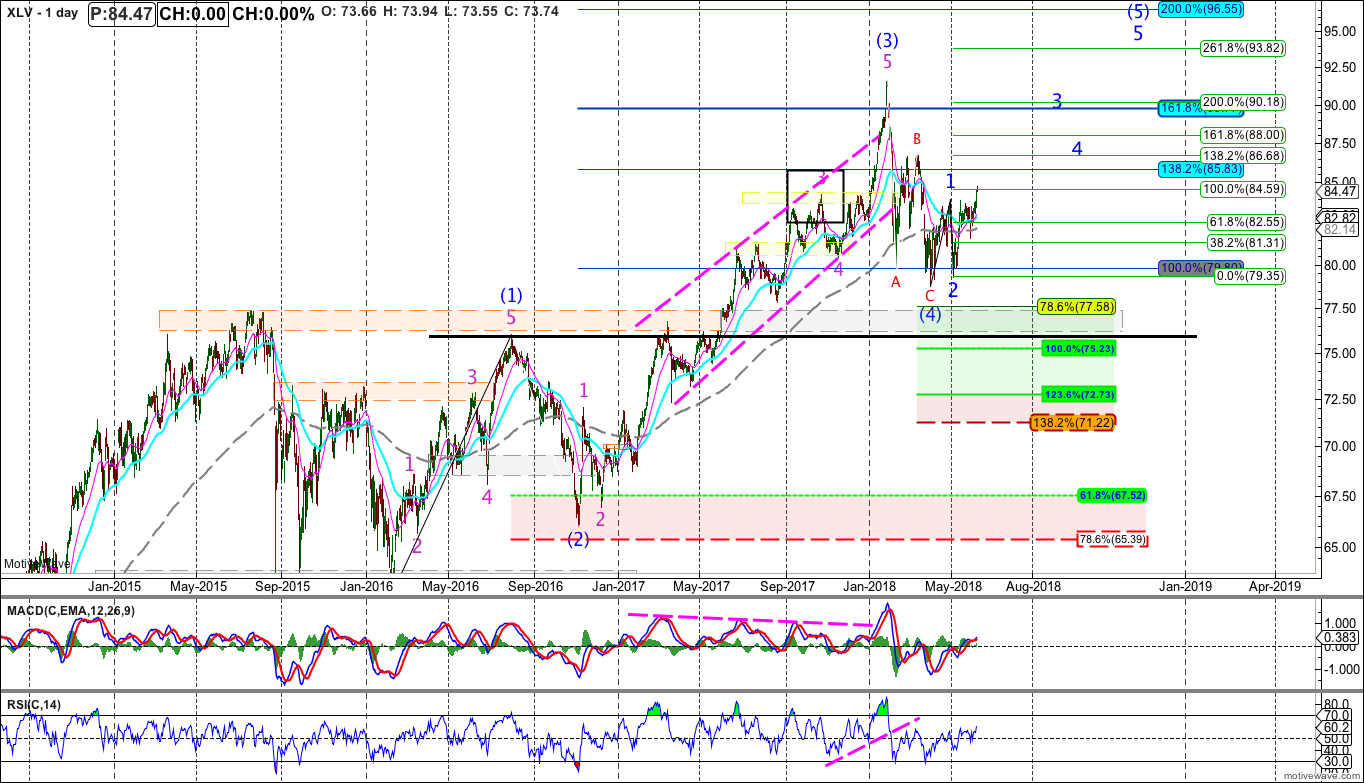 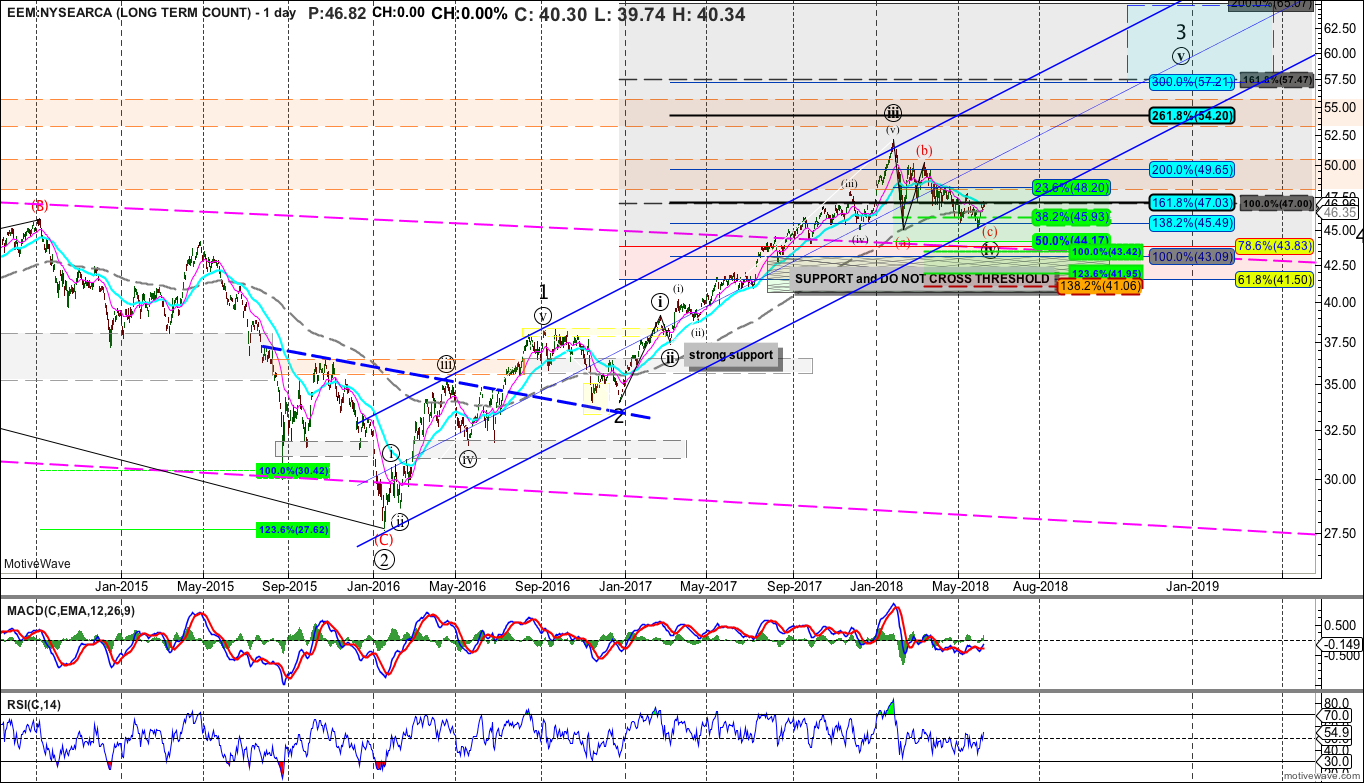