Our put/call data is bearish.  We use an indicator called the "Scary Guy" Put/Call Ratio (SGPCR), which refers to the total puts/calls expiring in the future.  This indicator is down 5 ticks.

We also use the Short-Term Razzmatazz Wave, which refers to the total puts/calls expiring within a week.  This is down 17 ticks.

Whether this will actually translate to price action apart from a standard pullback will remain to be seen.

Yesterday I noted the heavy shedding of open interest across expirations, mostly in calls but also in puts.  The market began the move higher in style.  Now we need to pullback, test support and continue higher, assuming that the grind-up theory from yesterday is correct.

The original secret indicator and the black dots continued to tick higher, indicating that the trend is up. I said yesterday that I had a feeling that this signal may finally stick, and we got a nice start to it yesterday.

From yesterday’s notes: I had 2681-84 as support on the S&P 500, which would likely be tested during regular hours. And on the upside, the first resistance area was at 2696-2700. When the market opened, we tested resistance, and then went back lower to retest support, and then boom upward, and we got very close to the major resistance area at 2747-51 area. We sliced through the mid resistance zone like it was not even there.

Ideally today, we get a pullback lower to retest first support at the 2712-17 area and then attempt to consolidate above it. It is more likely for today to be a consolidation/rangebound kind of day after yesterday’s fireworks. It is a good thing for bulls to consolidate on these gains in order to build on them in coming days. 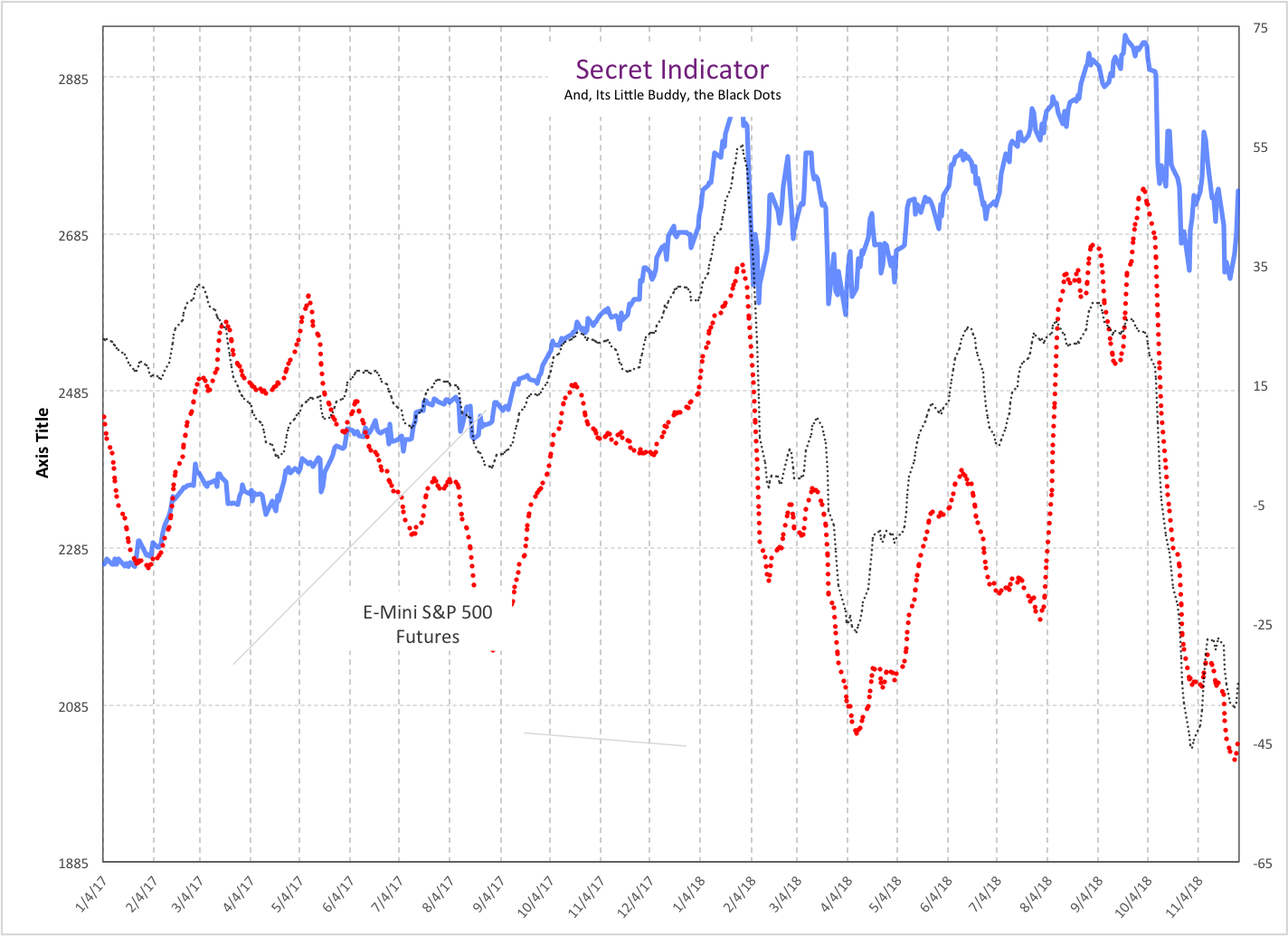 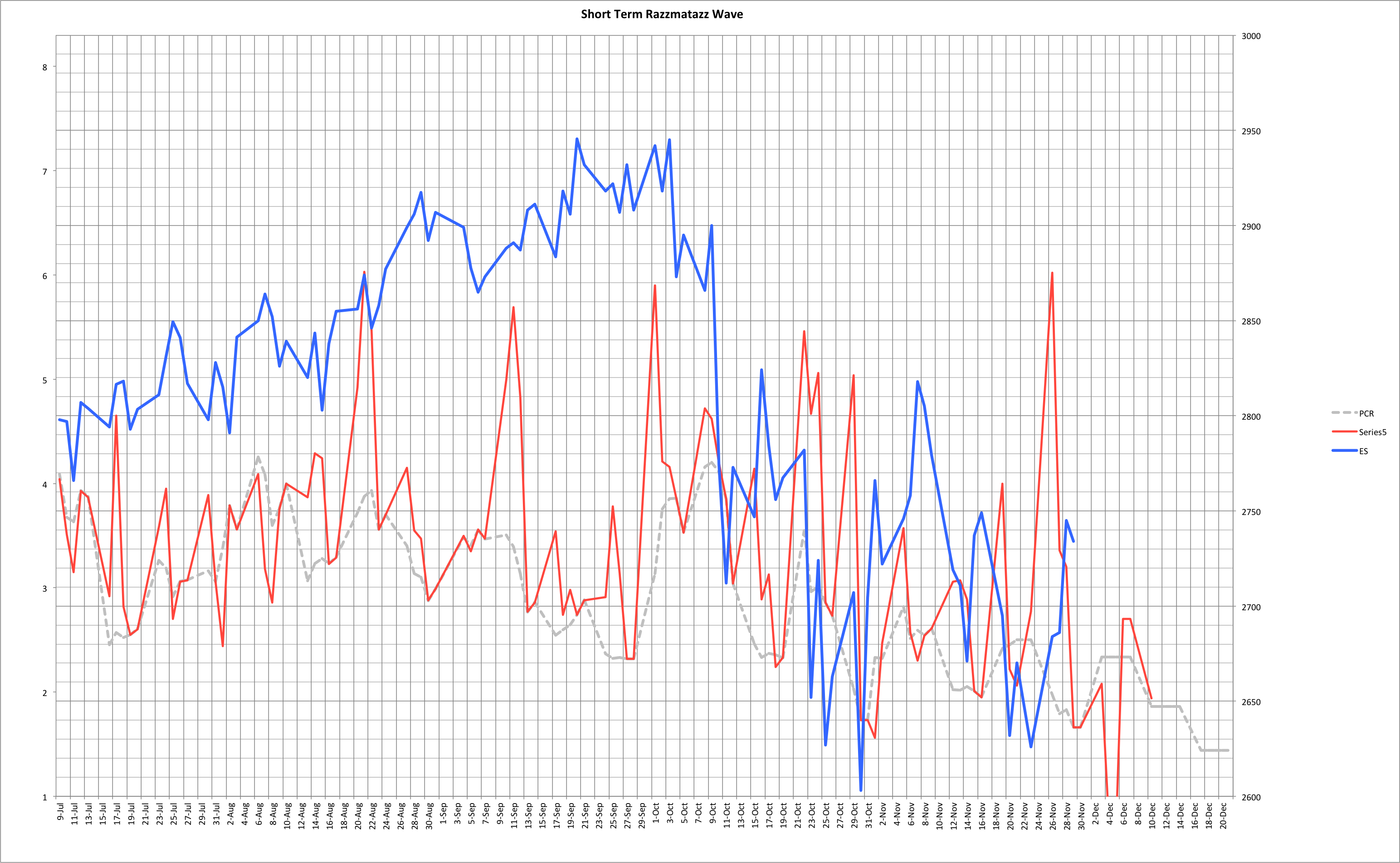 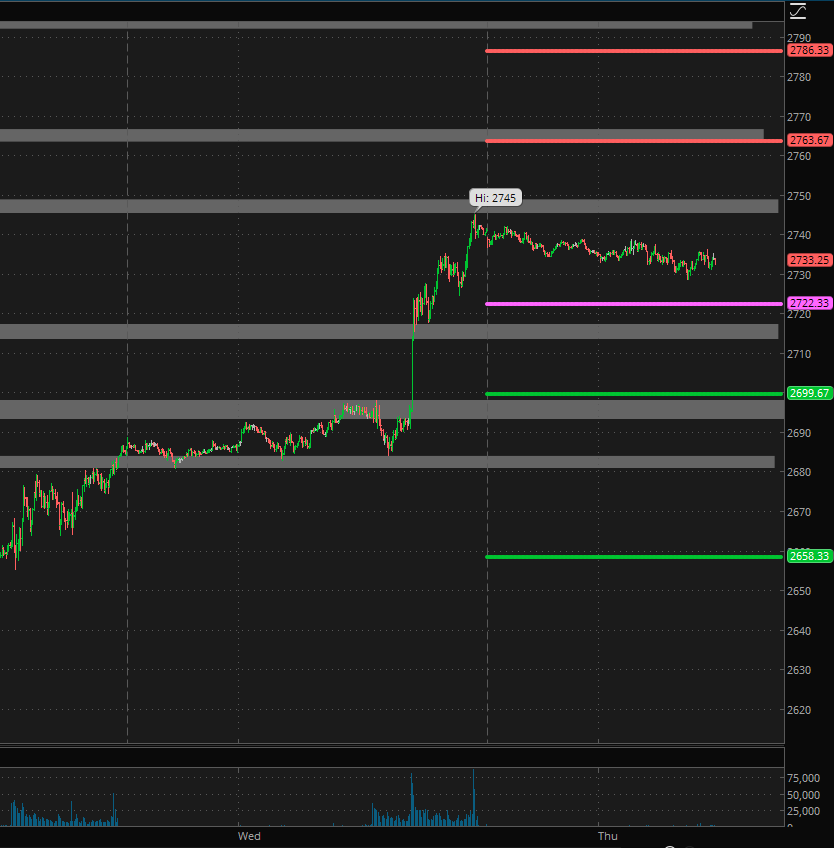