As we have been watching out for, the grind has ended and we seem to have started a correction/reset lower.

Several measures like the Razz Indicator and others were pointing to Wednesday as a high, and so far price is also suggesting that it was. However, as with any bear move, remember that you will get these insane short-covering rallies in between the bigger move. These are designed to make shorts cover their positions:  i.e., the bus moves fastest when no one is on board.

SO ... stay strong-handed and manage your risk.  This is the only way you are going to stay in the position until it reaches its profit objectives. Also, keep in mind that the trade idea could be wrong -- we just follow the indicators and stay with the trade as long as it tells us to, which is currently short as two of our three key short-term indicators are on a sell signal.

On the downside, I am looking at 3300 and then 3275/50 as possible target areas on the Emini S&P 500 (ES). At the moment I do not see more than that on this move, but this can change as we get more evidence over the next few days. 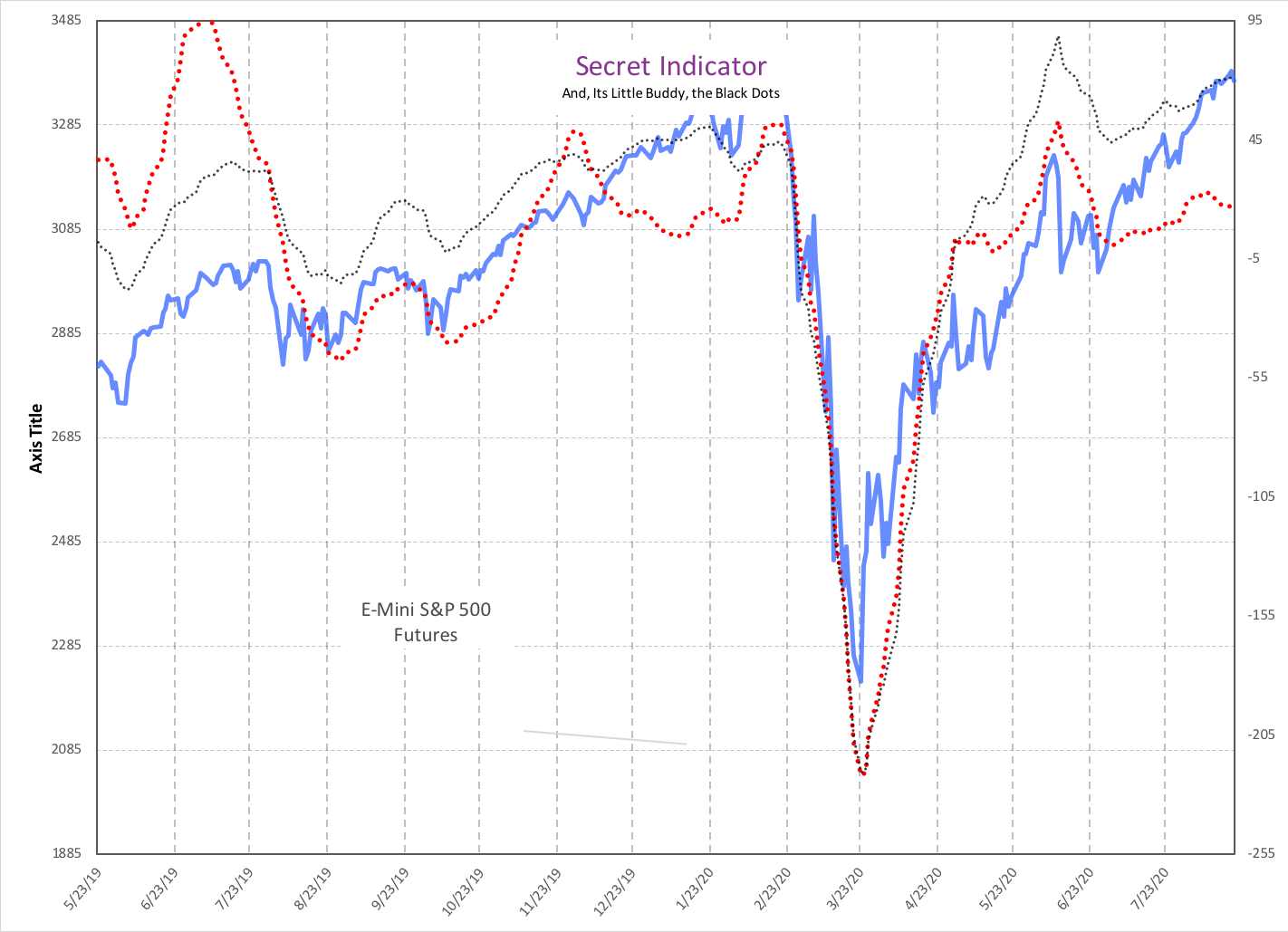 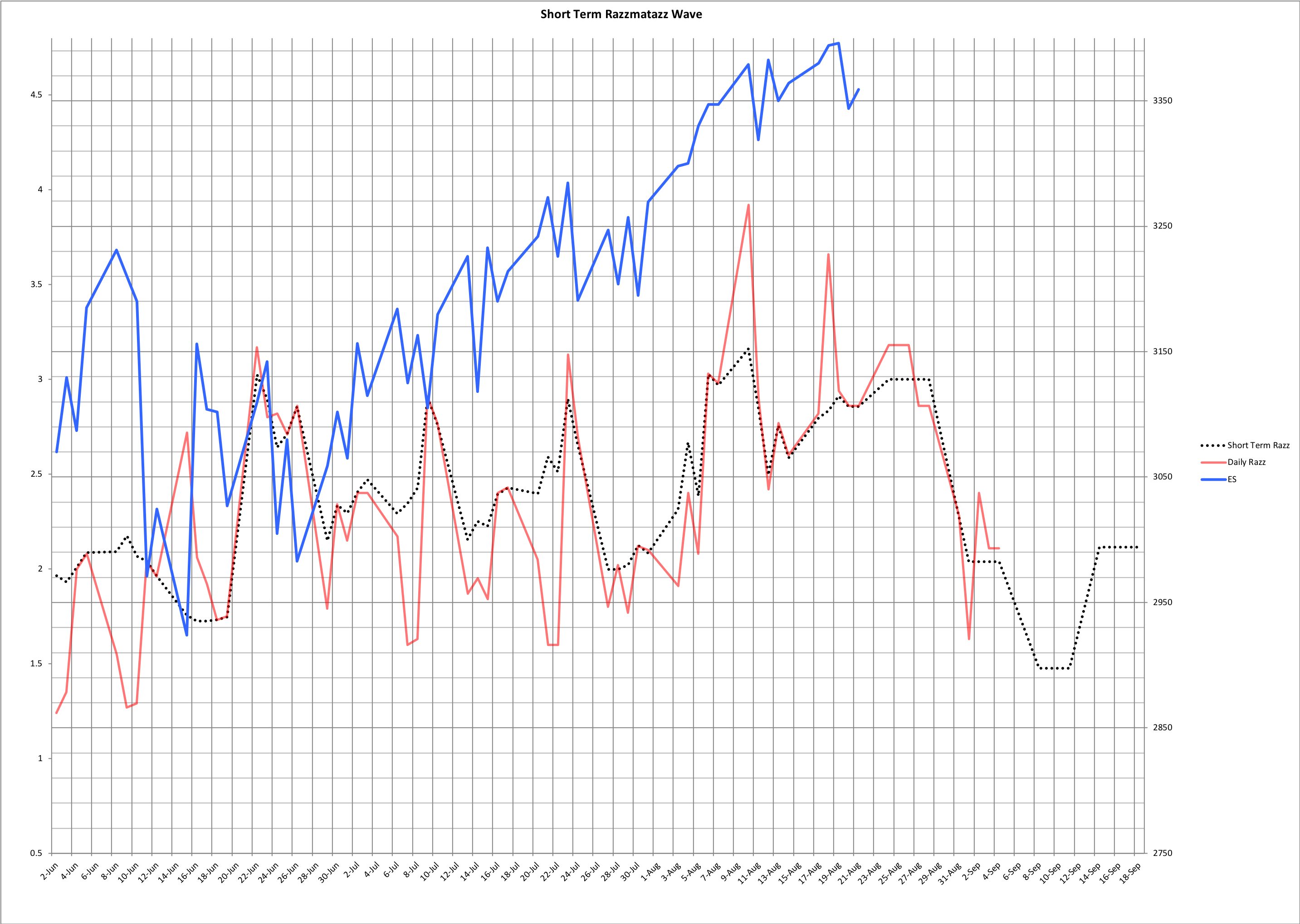