Here is a brief liquidity update.

The market has a potential inflection point coming up this spring or summer.

Treasury yields have been rising on the long end since August, and are currently up to 0.88%. 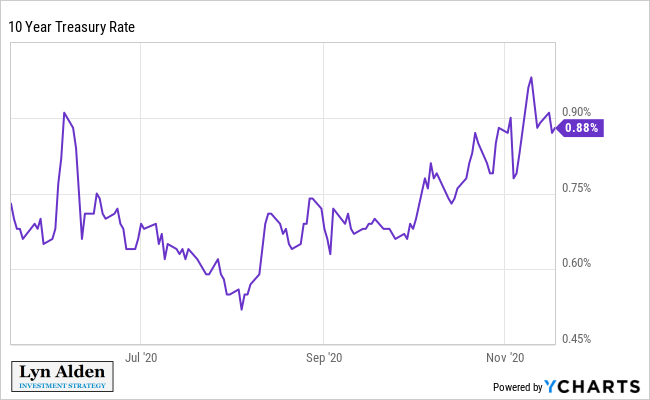 There remains considerable upside potential for this yield next year, as 10-year inflation breakevens are currently 1.70%. 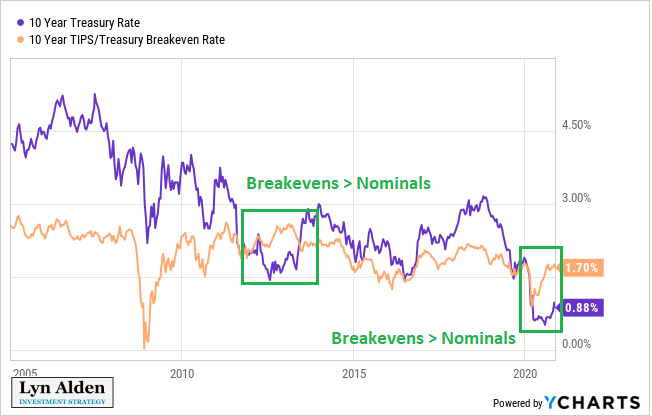 Meanwhile, the latest 20-year Treasury bond auction was rather weak.  The Fed has been buying Treasuries at a roughly $1 trillion annualized pace in recent months, and now owns more Treasuries than all other central banks combined: 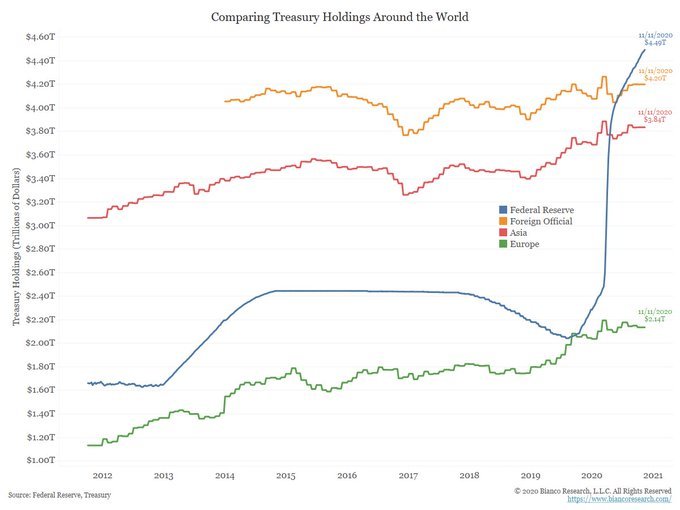 If we look at the latest foreign Treasury holdings data release from a few days ago (which goes through September), we can see that the foreign sector still really isn’t buying Treasuries. The U.S. government increased their debt by about $4 trillion year-to-date and the foreign sector bought less than 4% of that net new issuance, and their holdings mostly remained flat all year. 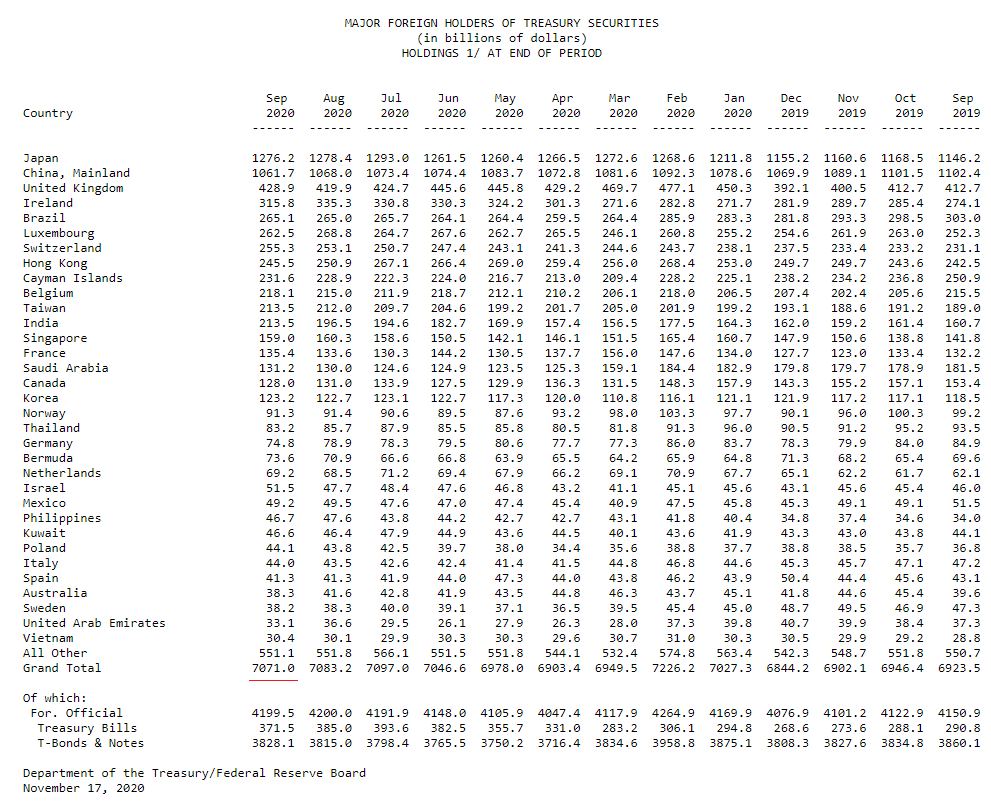 So, the biggest financier of the U.S. Treasury has been the Federal Reserve, as the Fed bought well over half of the year-to-date net new issuance.

It’s quite possible that in 2021, if inflation picks up a bit in a post-vaccine environment, the Fed will be forced to increase their rate of Treasury purchases to keep the Treasury market liquid with low yields. With federal debt-to-GDP of about 130%, the Treasury would run into fiscal problems if long-duration Treasuries go upwards of 2-3% or more, as interest expenses balloon to high levels.

Eventually, formal yield curve control is something to be on the lookout for, which is where the Fed buys enough Treasuries to lock the Treasury market at whatever yields it wants.

Currently, betting markets suggest a 72% chance that either Lael Brainard or Janet Yellen will become the next Treasury Secretary. Both of them are current/former Federal Reserve officials. Putting a former Fed official at the top of the Treasury Department is a sign of the times, given how closely the two institutions are working together and will likely continue to do so. The last time they worked this closely  together was in the 1940’s, when the Fed performed formal yield curve control. Brainard in particular has been talking about yield curve control since 2019, before the pandemic.

Speaking of which, with a new update this afternoon, the Fed’s balance sheet is once again at new all-time highs: 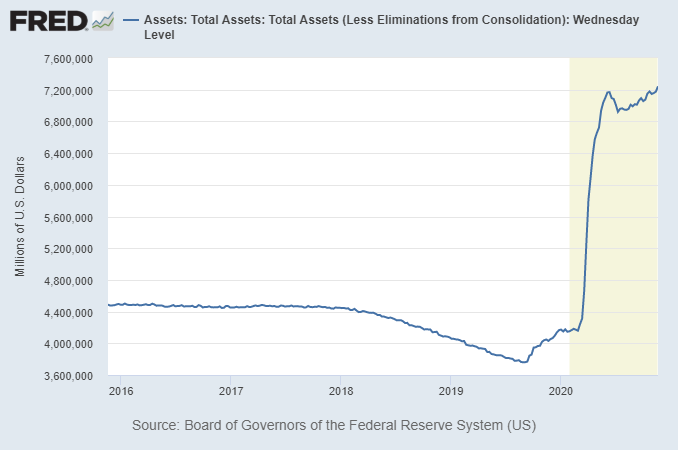 There was a 5-month period from mid-June to mid-November where the balance sheet was in a consolidation, as the Fed continued Treasury purchases but wound down foreign central bank liquidity swaps and some other temporary items. But now with that consolidation complete and ongoing purchases continuing, the Fed’s balance sheet is breaking out to new highs, and this trend should continue for quite a while.

The Treasury/Eurodollar spread remains low, indicating little/no acute offshore USD stress in developed markets at the moment, unlike back in March. We’ll see what happens during this winter though, as many places are locking down their economies which will disrupt some business cashflows.

The dollar has been lingering near its recent lows:

In the long-term historical context, the dollar remains in a relatively strong part of its cycle, but is below its 50-month moving average, and that average now has a downward-pointing direction: