N225: The Nikkei continued higher last week, still extending in either blue wave 3 or red wave C. Without any indication of a local top struck yet, it is possible that price wants to continue toward the next fib resistance above at 23575. Even if so, I still anticipate that a local top is approaching soon, even if the subsequent consolidation is shallower than the projected blue wave 4. However, a break below 22440 is now needed as the initial indication of a local top struck. 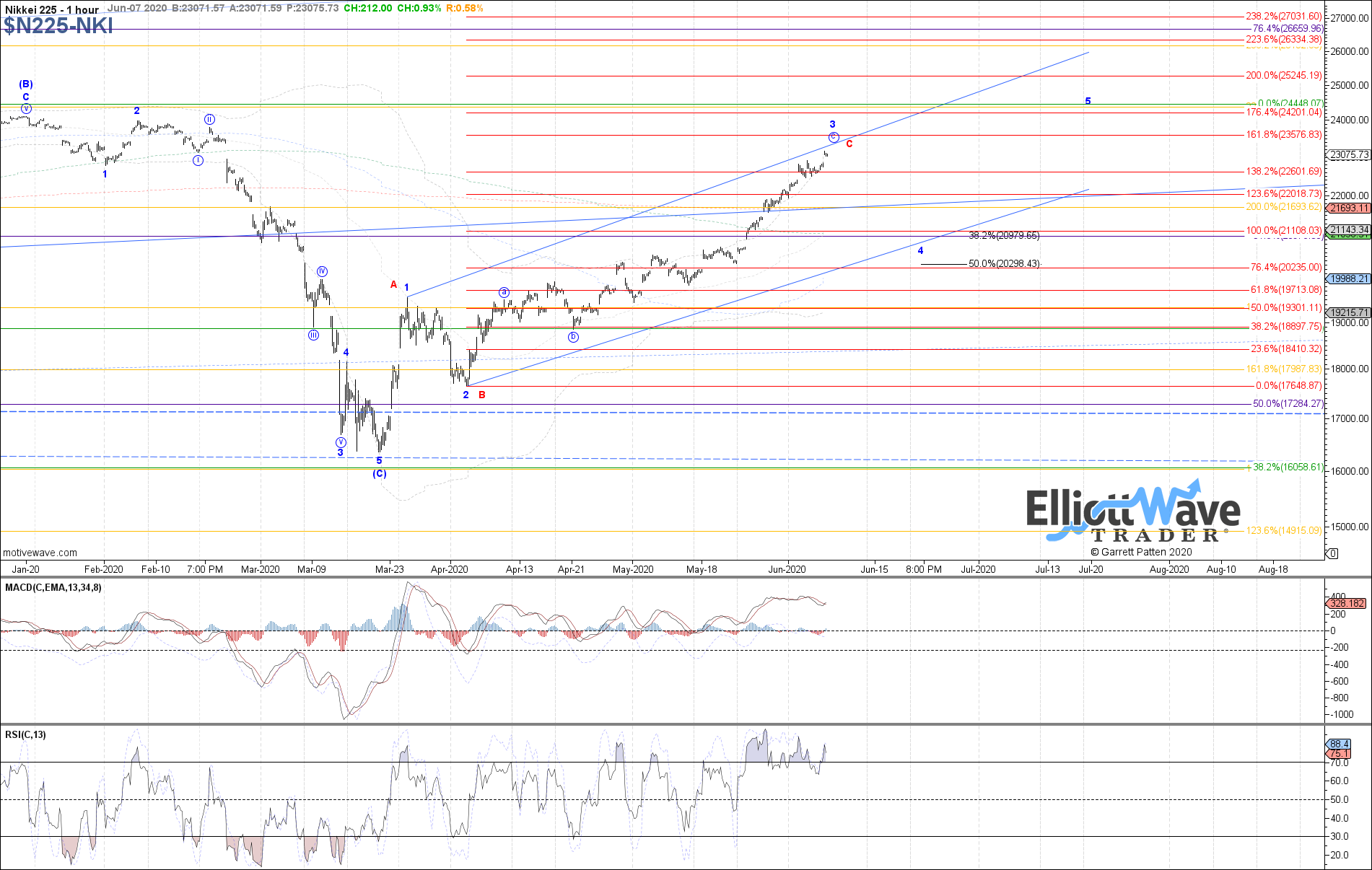 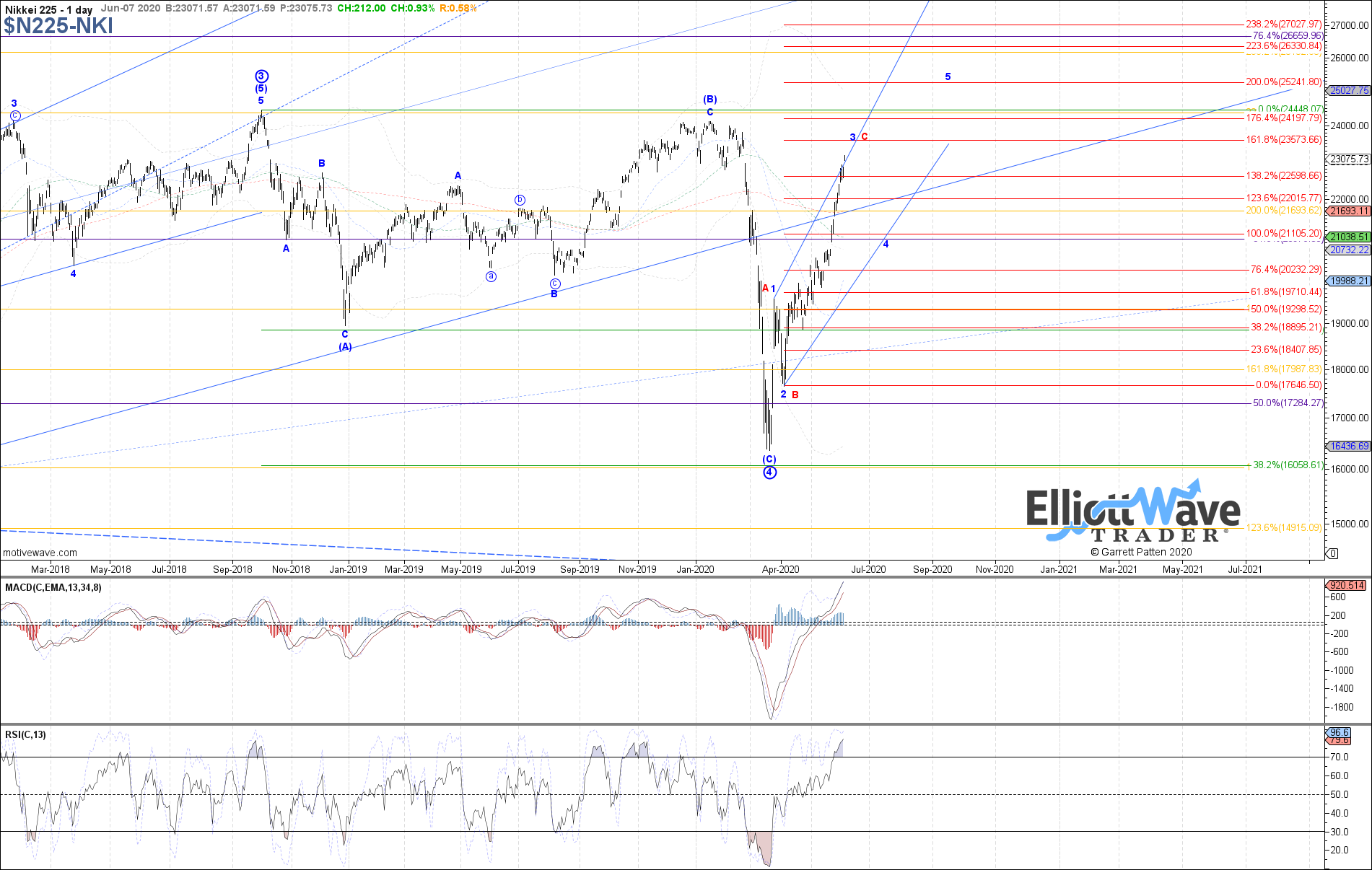 HSI: The Hang Seng continued strongly higher last week, following expectations for either blue wave c of 4 or red wave 3 in progress. Price is now starting to poke above the prior April and May highs, but the subwave structure off the May low still looks incomplete. Therefore, another (iv) and (v) can still be seen before blue wave c of 4 or red wave i of 3 completes, with support for wave (iv) currently back in the ~24000 region. 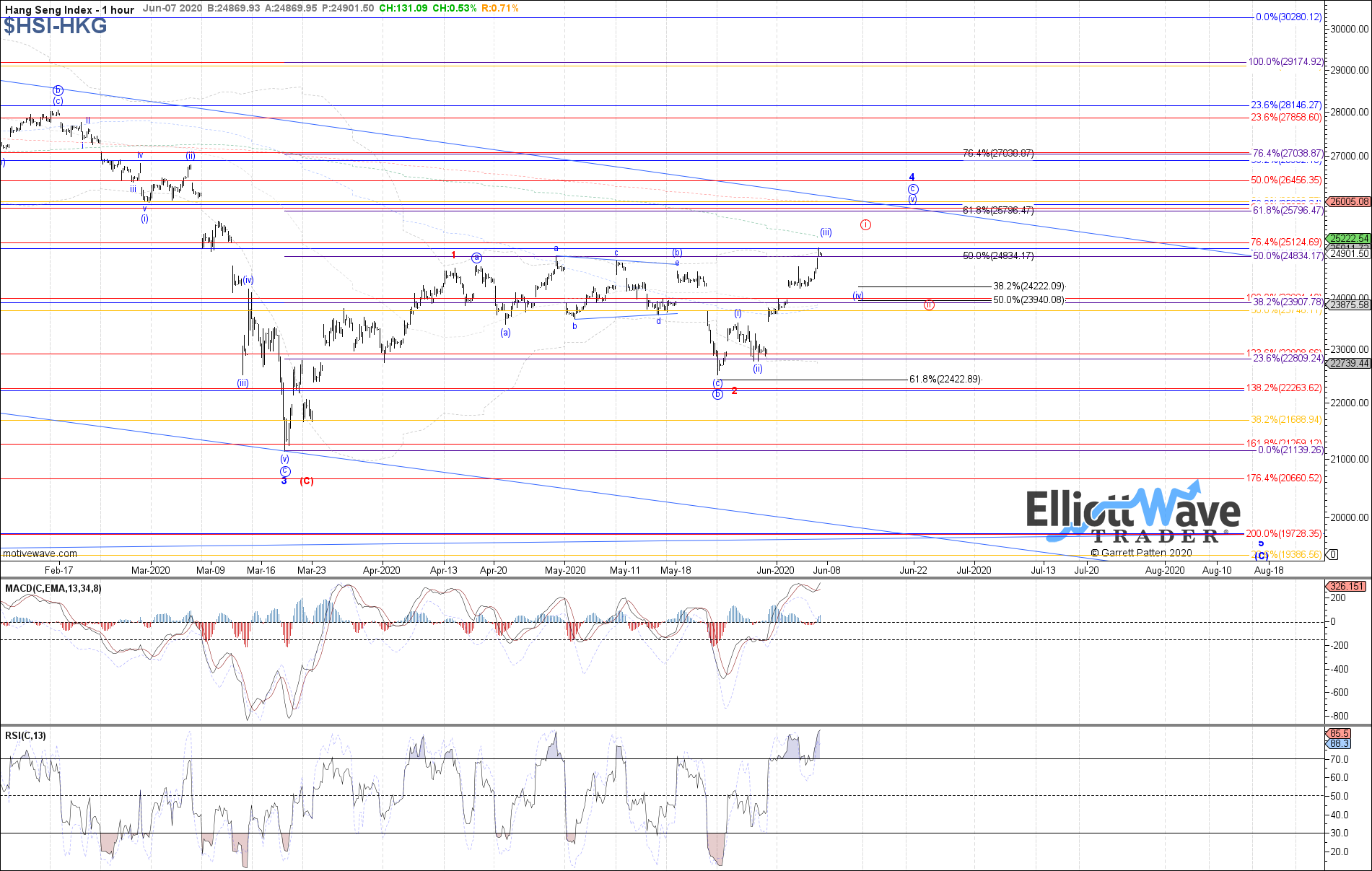 SSEC: The Shanghai Composite also continued strongly higher last week, still following the leading diagonal off the March low which is now shown in blue. Within that count, price should be close to finishing wave v of the LD, but with room to reach 2990 if needed. Otherwise, a break back below 2905 is now the initial indication that a local top may be in place as either blue wave 1 or red wave A, and price is beginning a corrective wave 2 or B-wave pullback. 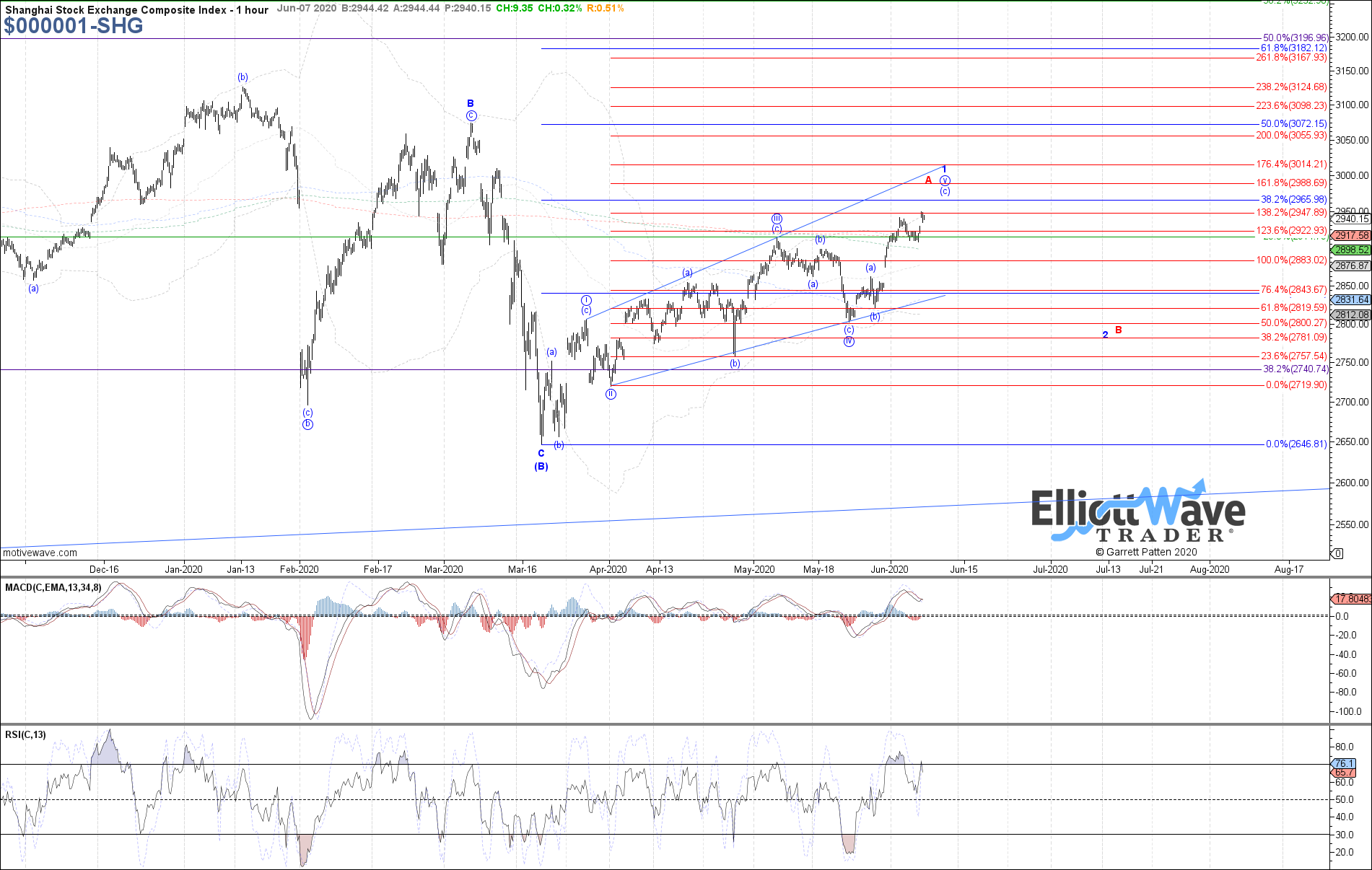 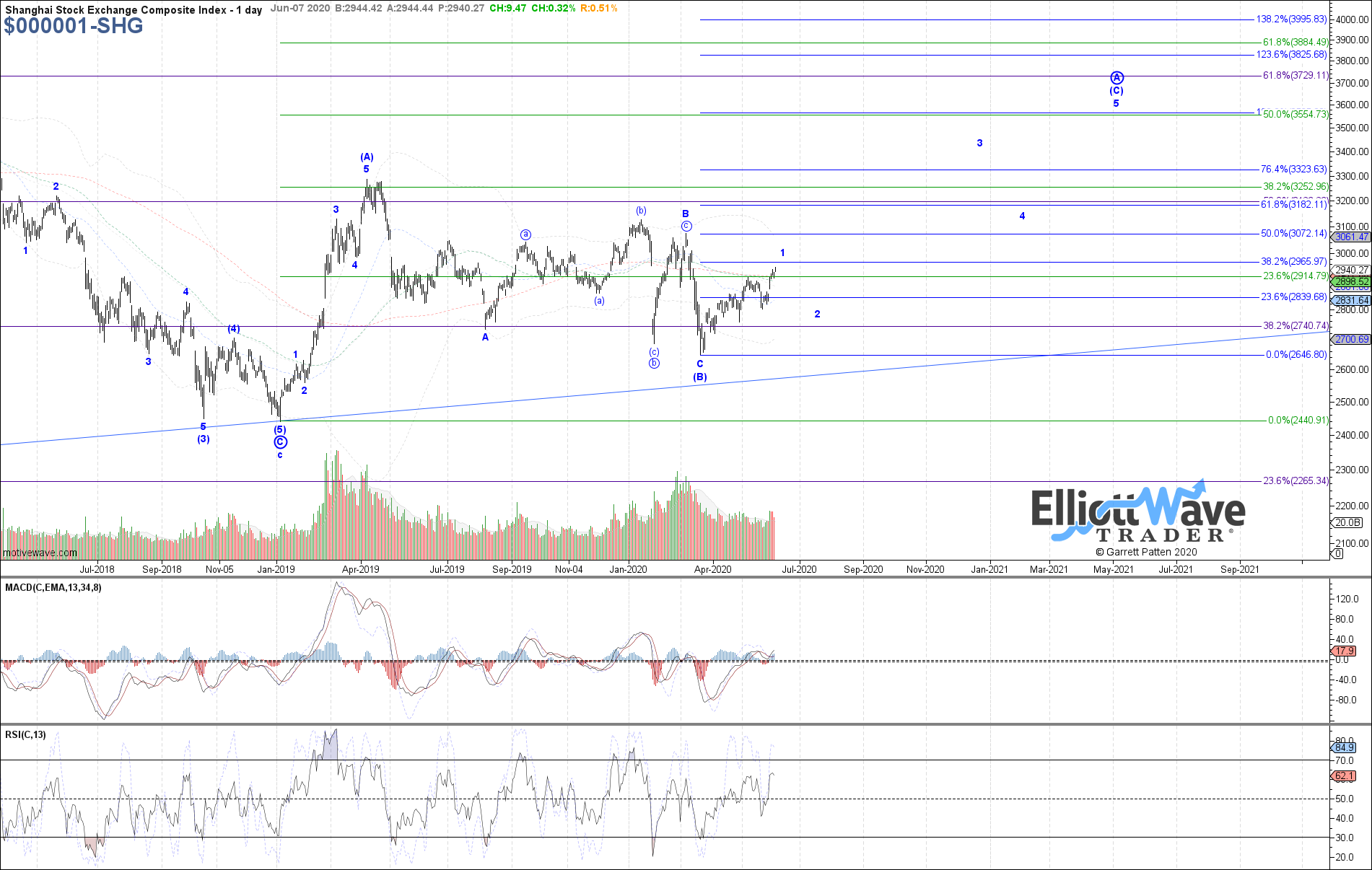 NIFTY: The Nifty cooperated with expectations last week by continuing higher and reaching a new high above the one made in April, therefore satisfying the minimum expected upside for a 5th wave in the leading diagonal off the March low. With no indication of a local top in place yet though, price may still want to reach a little bit higher near-term with 10405 as the next fib resistance above. Otherwise, a break below 9800 is now the initial indication of a local top in place for at least a corrective consolidation as wave b of 5 shown in red if not a top in place for all of wave (1) shown in blue and the start to a corrective pullback as wave (2). 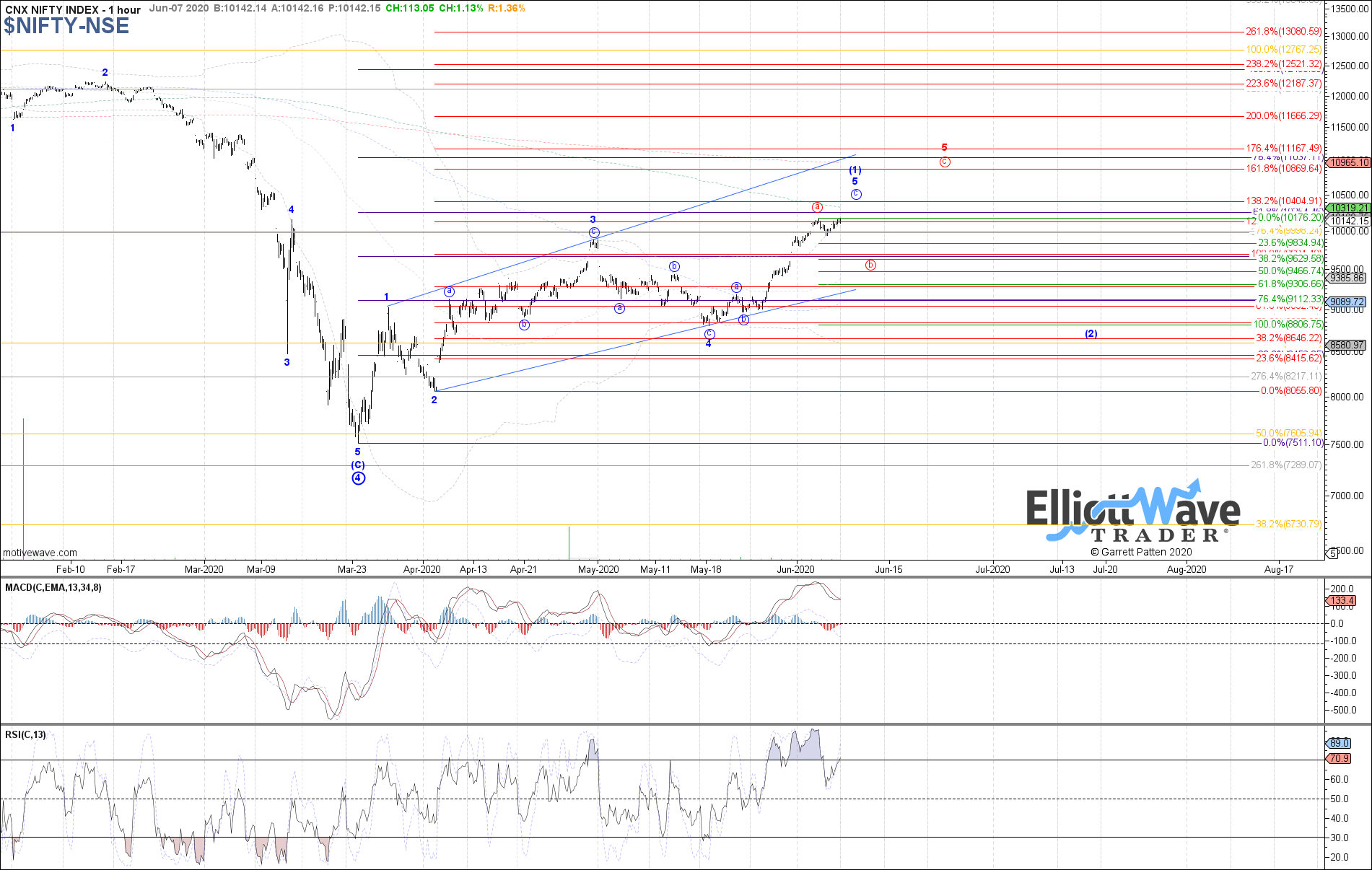 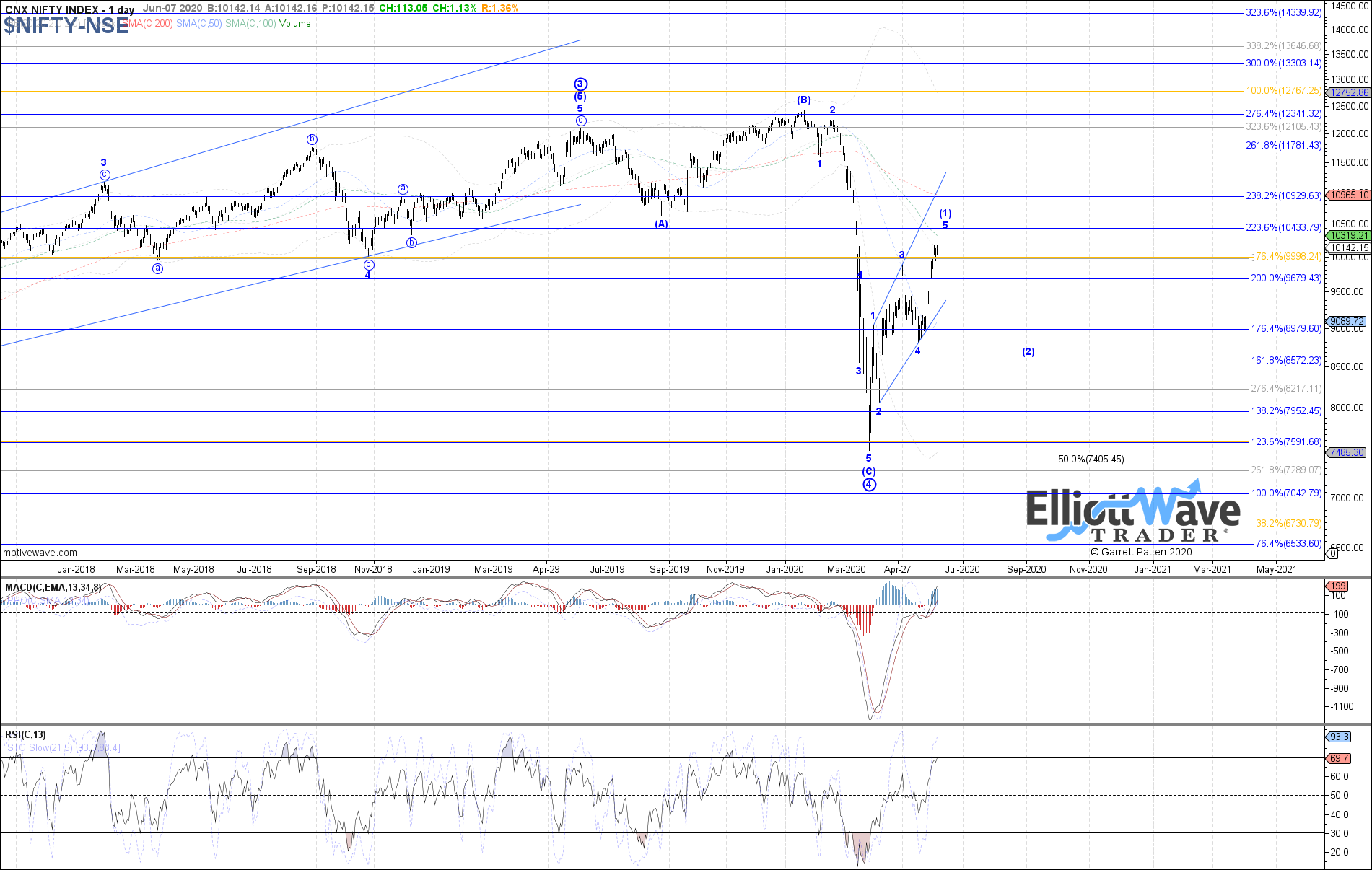 XJO: The ASX continued higher last week as well, reaching another new high on the month and seemingly still stretching in either blue wave (iii) of c or red wave 3. Even if another (iv) and (v) is needed in the blue count before this c-wave completes, at the very least price should be very close to a local top as wave (iii) of c, with 5625 as current ideal support for wave (iv) of c. A break below 5900 is now the initial indication of a local top struck. 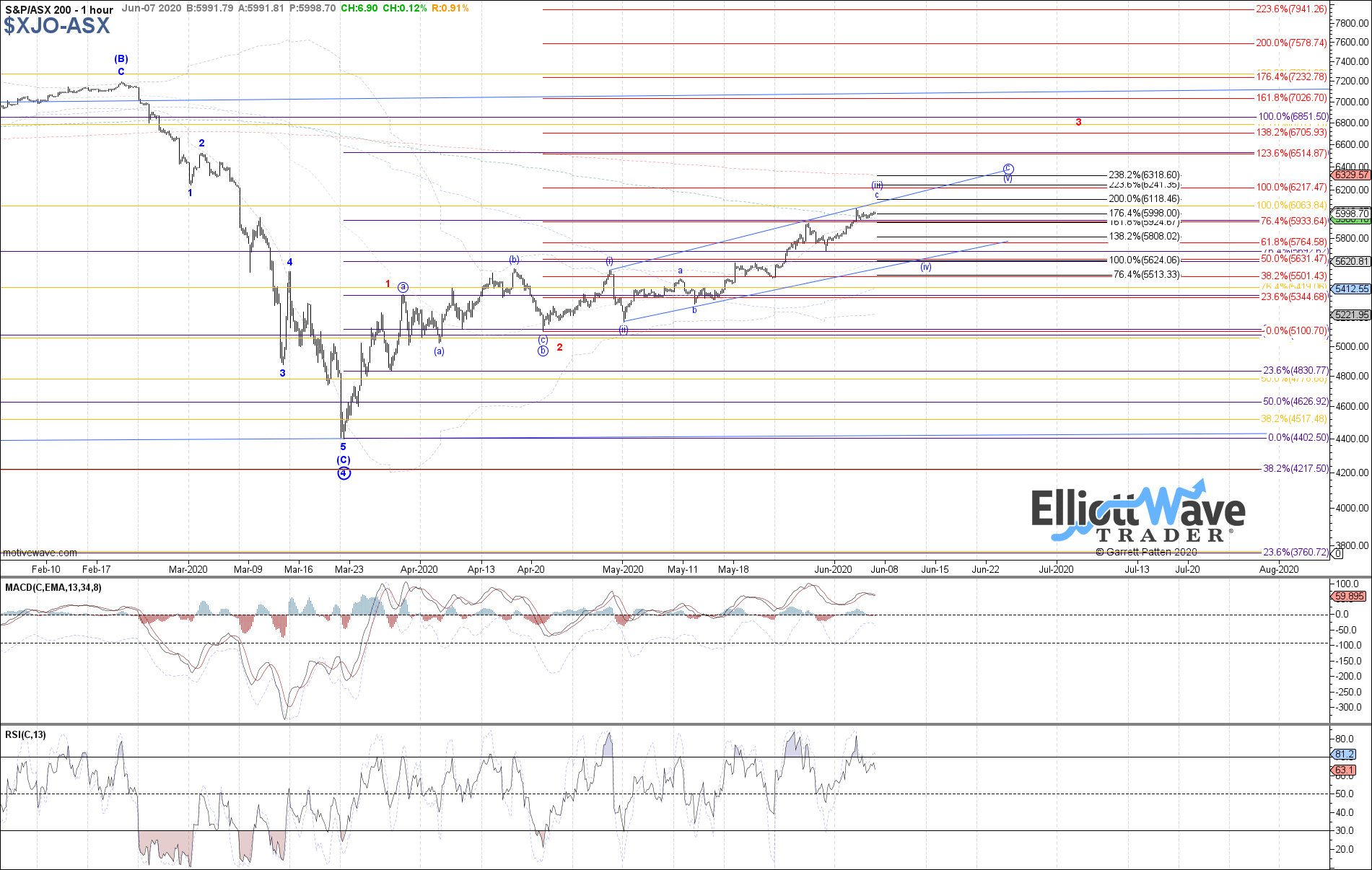 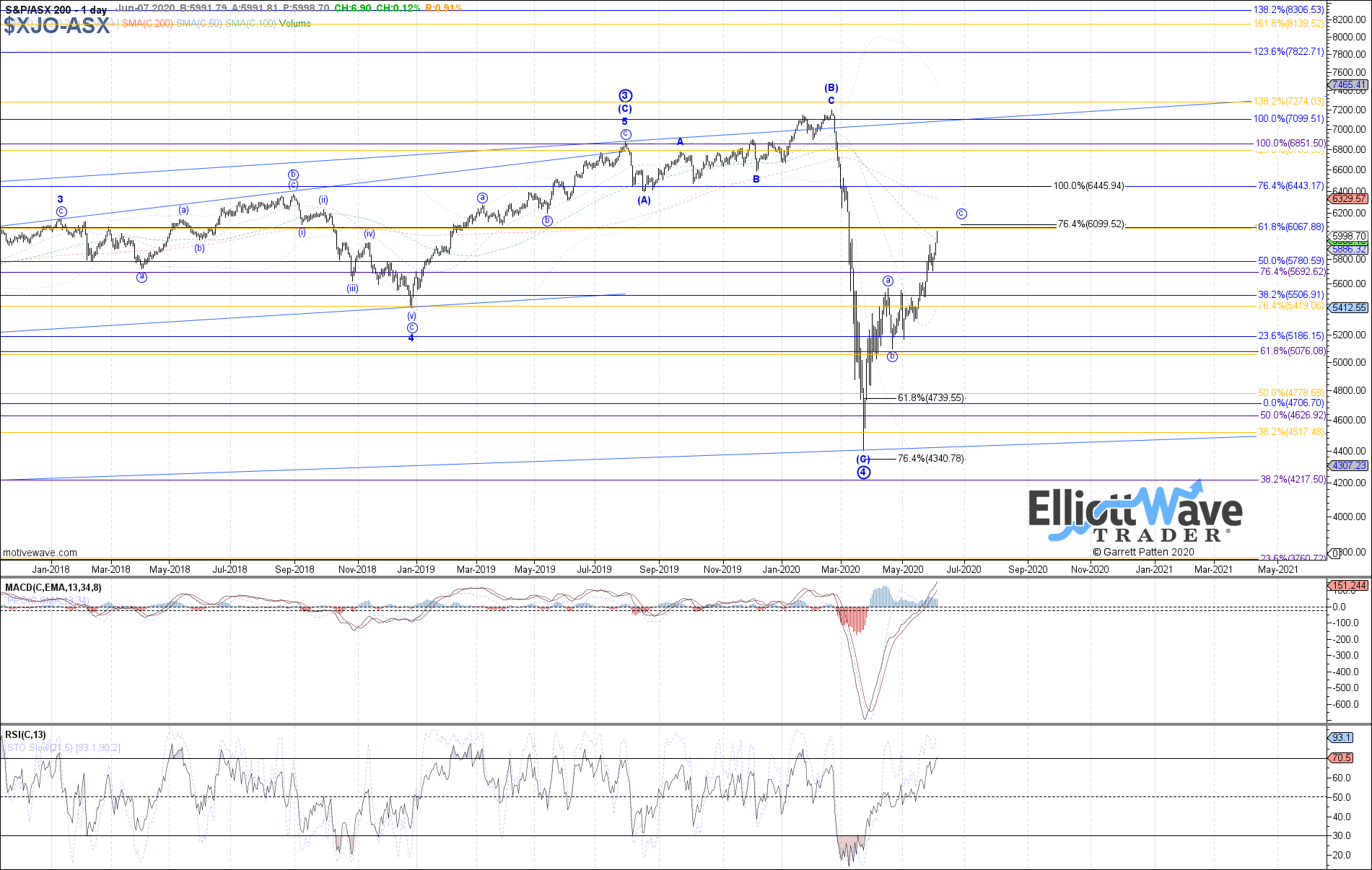