Metals in miners finally saw some decent movement today, getting a nice boost higher to indicate a near-term trend change at the very least. Whether or not this will develop into sustained upside on higher timeframe charts is not clear yet, but at least the potential is now there.

The key toward opening the door to sustained upside is moving past the measured move targets for gold and GDX. For gold, that resistance sits at 1345 and for GDX at 22.50. Until those levels are exceeded in a sustained manner, we must consider the possibility that the move off the recent lows is just the C-wave of another corrective flat.

If gold does manage to exceed 1345, then price should eventually continue on toward 1360 – 1370 as a 3rd wave off the March low, before the next corrective consolidation as a 4th wave. Otherwise, stopping at 1345 and reversing back below 1330 is a strong warning sign of further corrective action, and the potential for price to head down below the March low again.

For GDX, if price exceeds 22.50, then ideally it will continue on toward 23 – 23.35 as a 3rd wave of the March low, before the next corrective consolidation as a 4th wave. Otherwise, stopping at 22.50 and reversing back below 21.95 would be a strong warning sign of further corrective action, and the potential for price to head down below the March low again.

Silver is much more ambiguous regarding its micro count, so I would recommend cueing off the gold and GDX charts for clues of its intentions. If both gold and GDX can see follow through above resistance, then I would assume silver can follow suit as well. 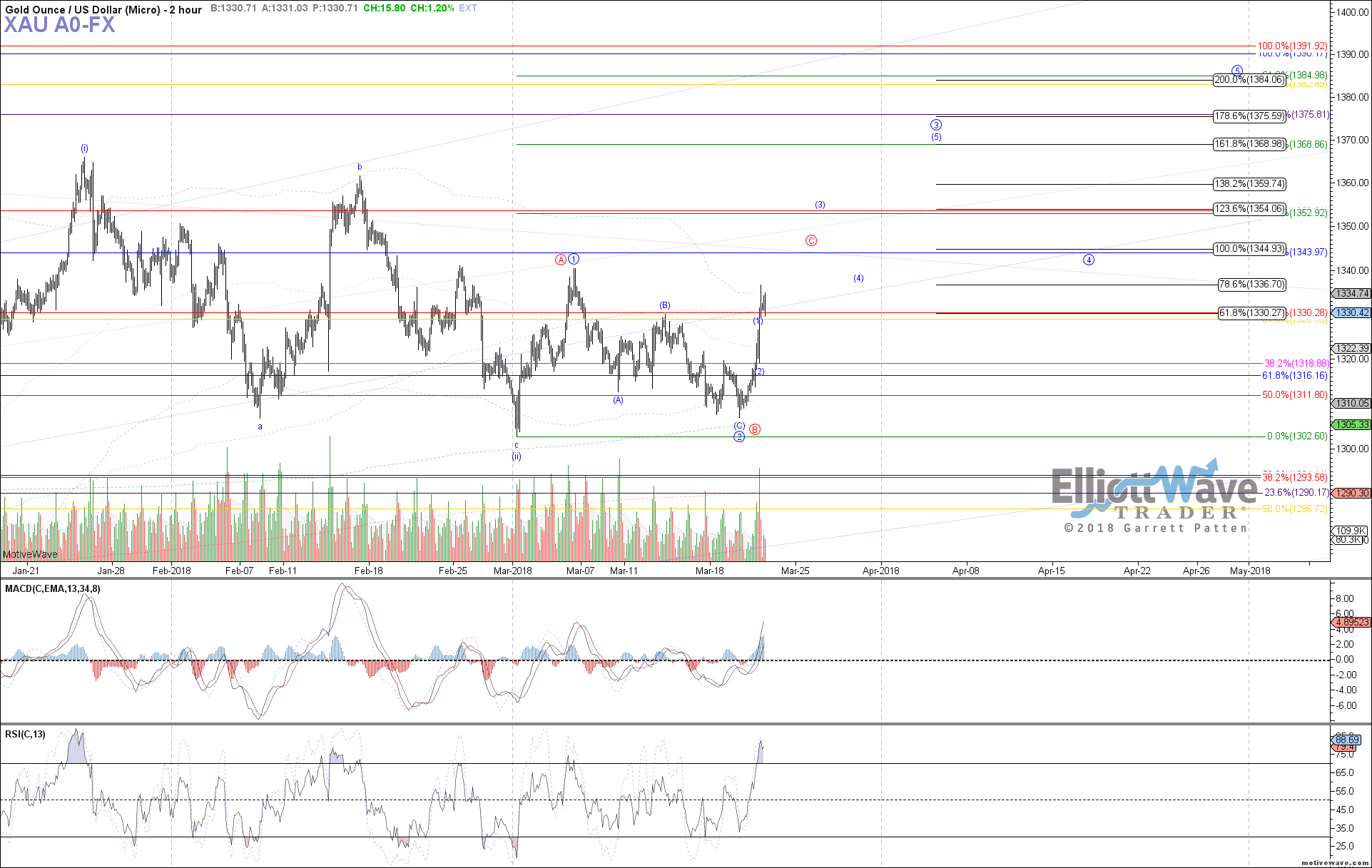 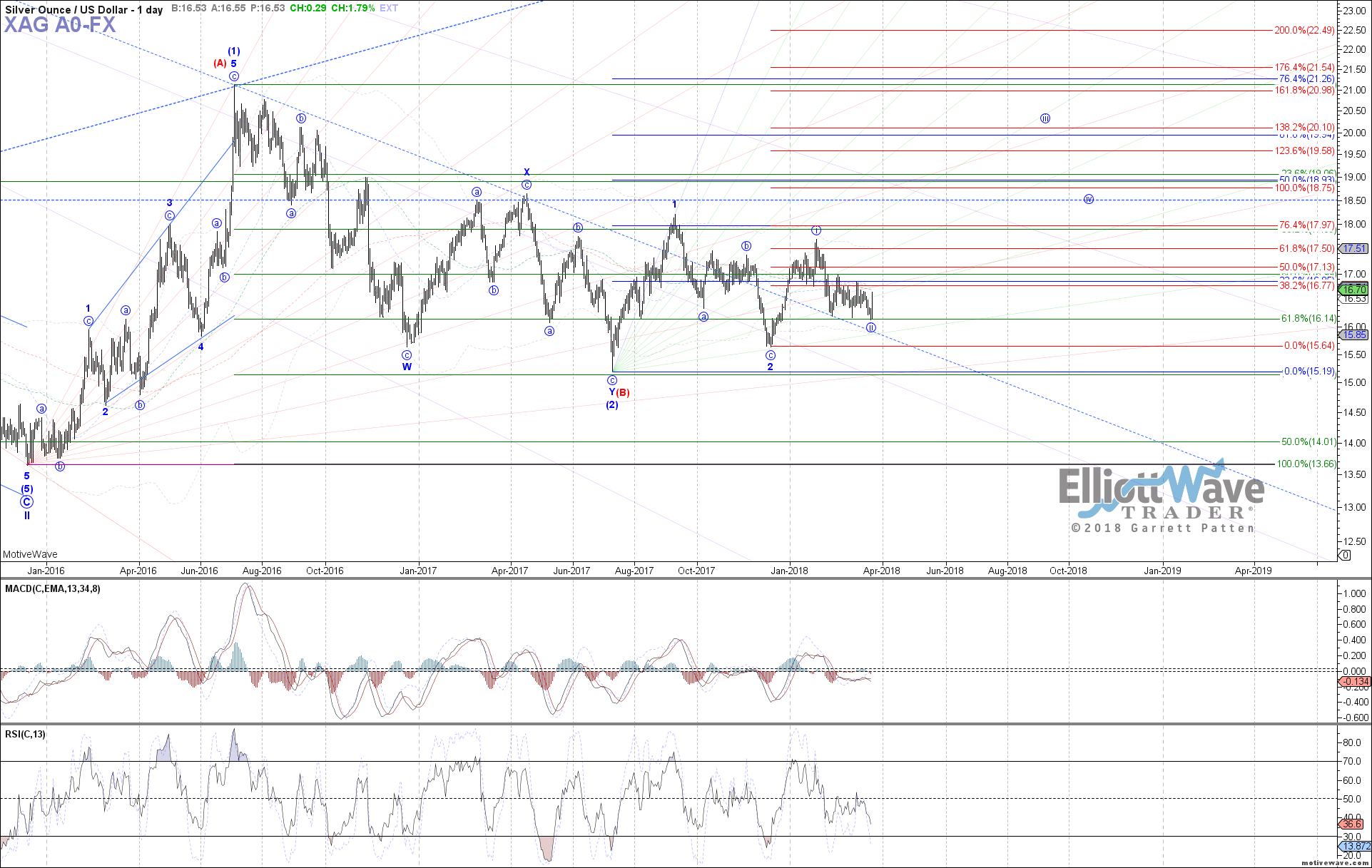 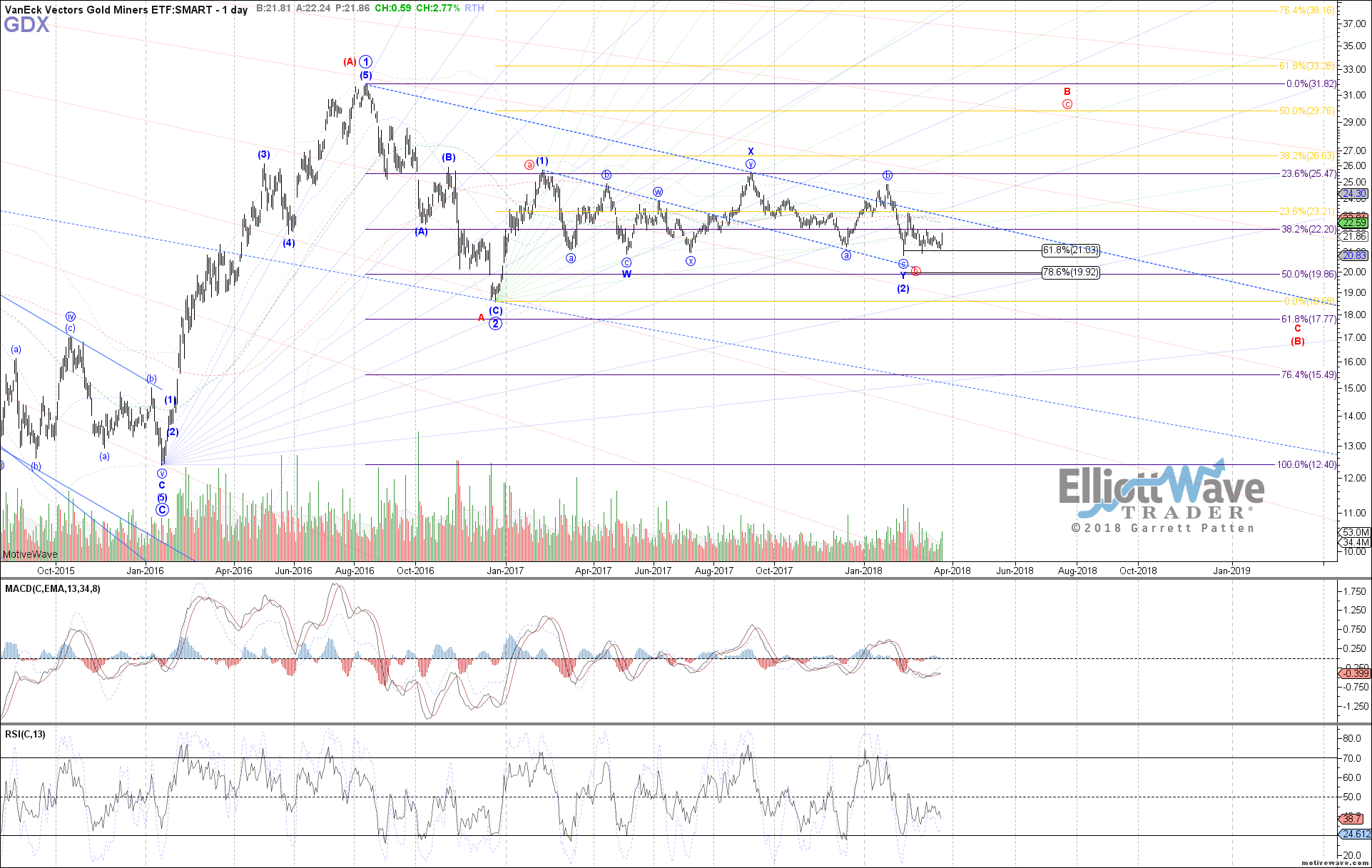