The Fed added $18.5 billion to its balance sheet over the past week, mostly with the purchase of Treasury securities.

The biggest reduction in the Fed’s balance sheet was that foreign central banks paid back another $8 billion in swap line loans. That brings the total down to less than $16 billion, from a peak borrowing amount of about $450 billion in May 2020. In other words, swap lines are now 97.5% paid back. 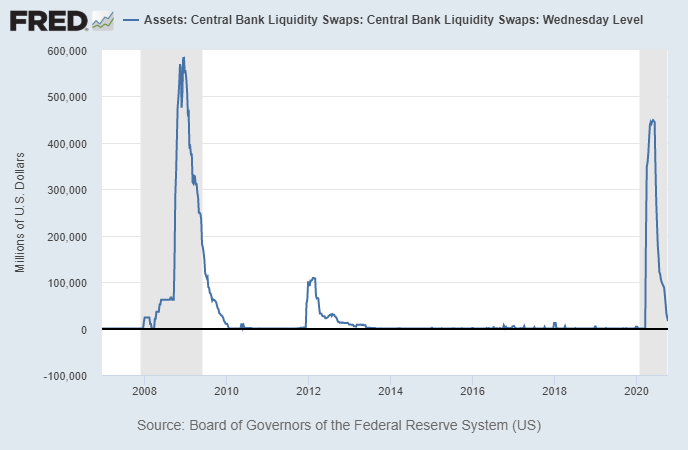 That has been supported by the fact that foreign markets have slowly been adding to Treasury positions, rather than selling them like they did in March and April during the acute dollar shortage. We’ll get another update of foreign Treasury holdings in a week from the U.S. Treasury, but preliminary Fed custody data shows that foreign holdings of U.S. Treasuries have been steady this summer and autumn: 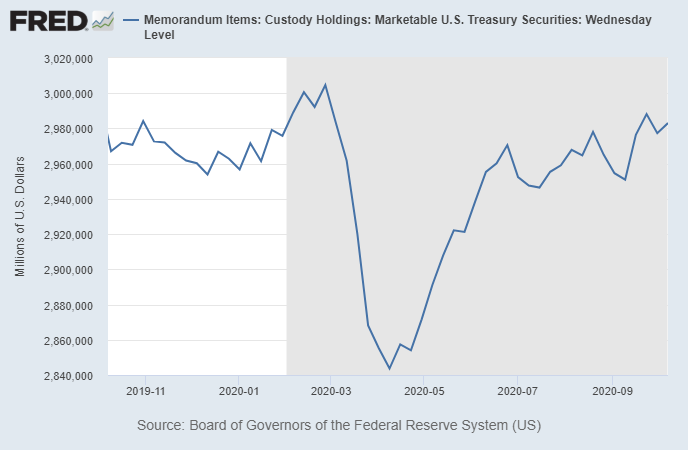 Certain individual emerging markets, like Turkey and Argentina, continue of course to suffer from dollar shortages, as the result of high dollar-denominated debts and low FX-reserves to cover those debts.

The dollar has been stable recently, with a mild bounce from lows. As I would expect from a no-stimulus environment since August, there’s no major deterioration in the dollar at the moment, and we’ve resumed a somewhat disinflationary trend, with slightly rising yields that, all else being equal, have pressured precious metals and risk assets more broadly.

The U.S. trade balance has markedly deteriorated in 2020 through August, and so far hasn’t found a bottom or period of stabilization. This likely has long-term impacts on the dollar, and at least as one variable involved in the complex FX equation, could put somewhat of a ceiling on the dollar for a time if it persists like this: 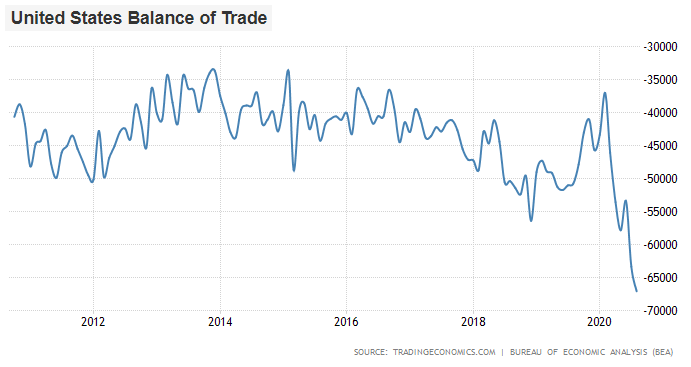