DAX:  The DAX Performance Index continued lower overall, failing to capitalize on the potential setup for a new local high and instead is now close to testing the .618 retrace of the move up off the September low.

Between 12090 – 12000 is where price needs to hold if this pullback off the September high is corrective as red wave (b); otherwise, a break below there shifts odds in favor of retesting the September low next.

The bottom line is that we have nothing reliable to suggest anything more than just a measured move to the upside at this time. 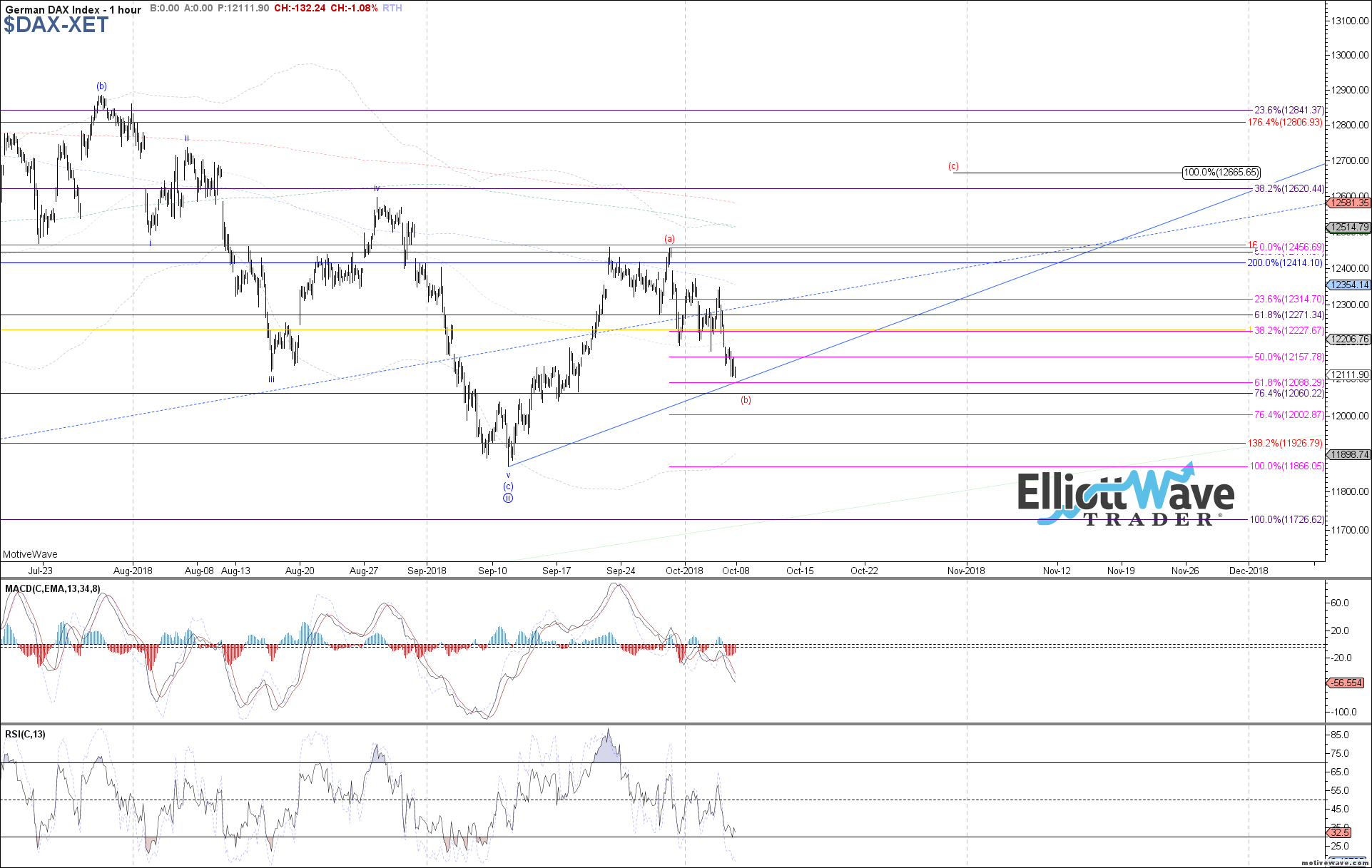 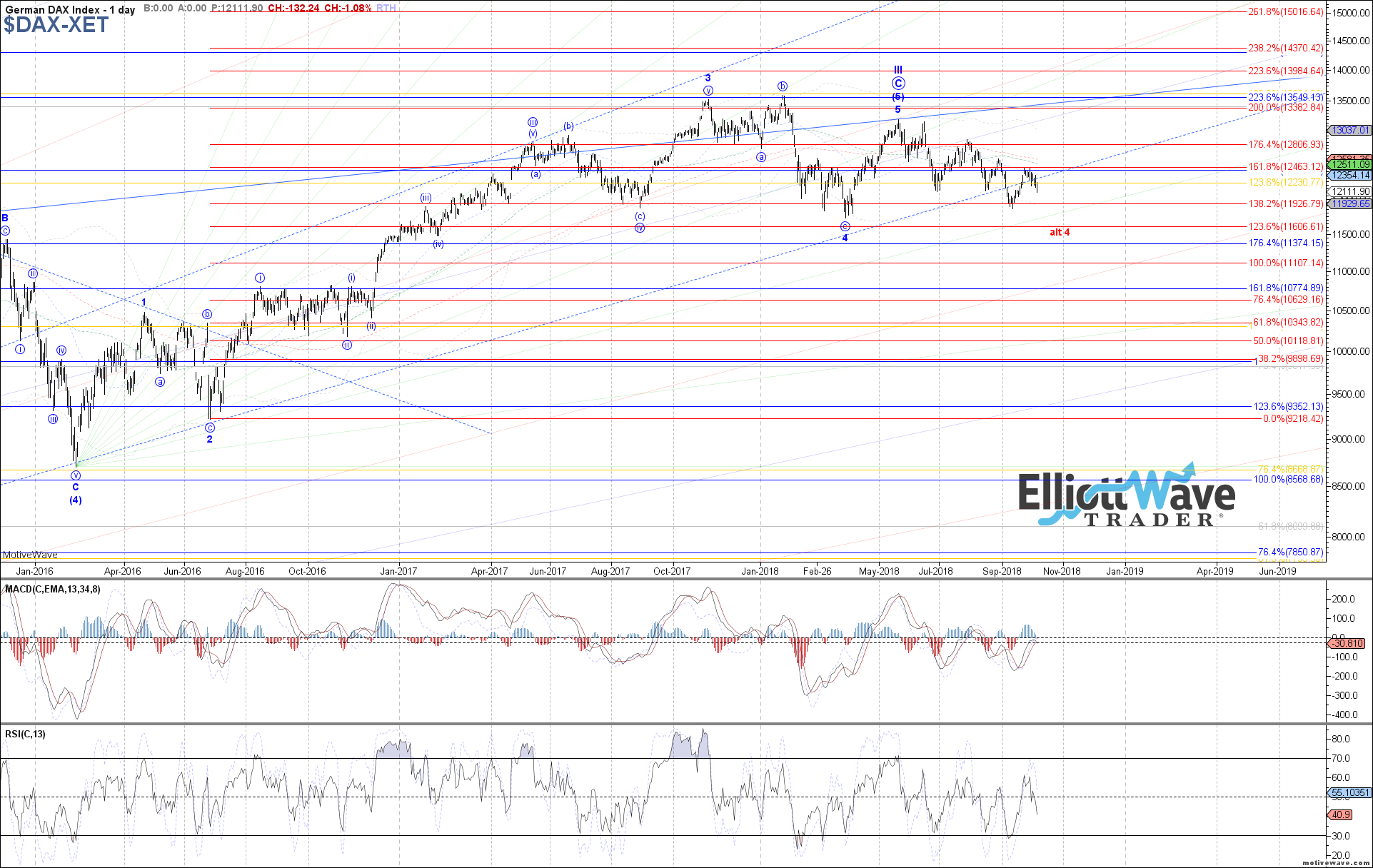 FTSE: The FTSE 100 dropped sharply lower last week as well, failing to hold support cited for red wave iv of an impulse, leaving us with only 3 waves up off the September low. Therefore, it appears that the best we can hope for regarding anything bullish at this time is for a measured move back up as a (c)-wave.

Price should hold 7290 for that setup to remain reasonable, though. Otherwise below there and a retest of the September low becomes likely next. 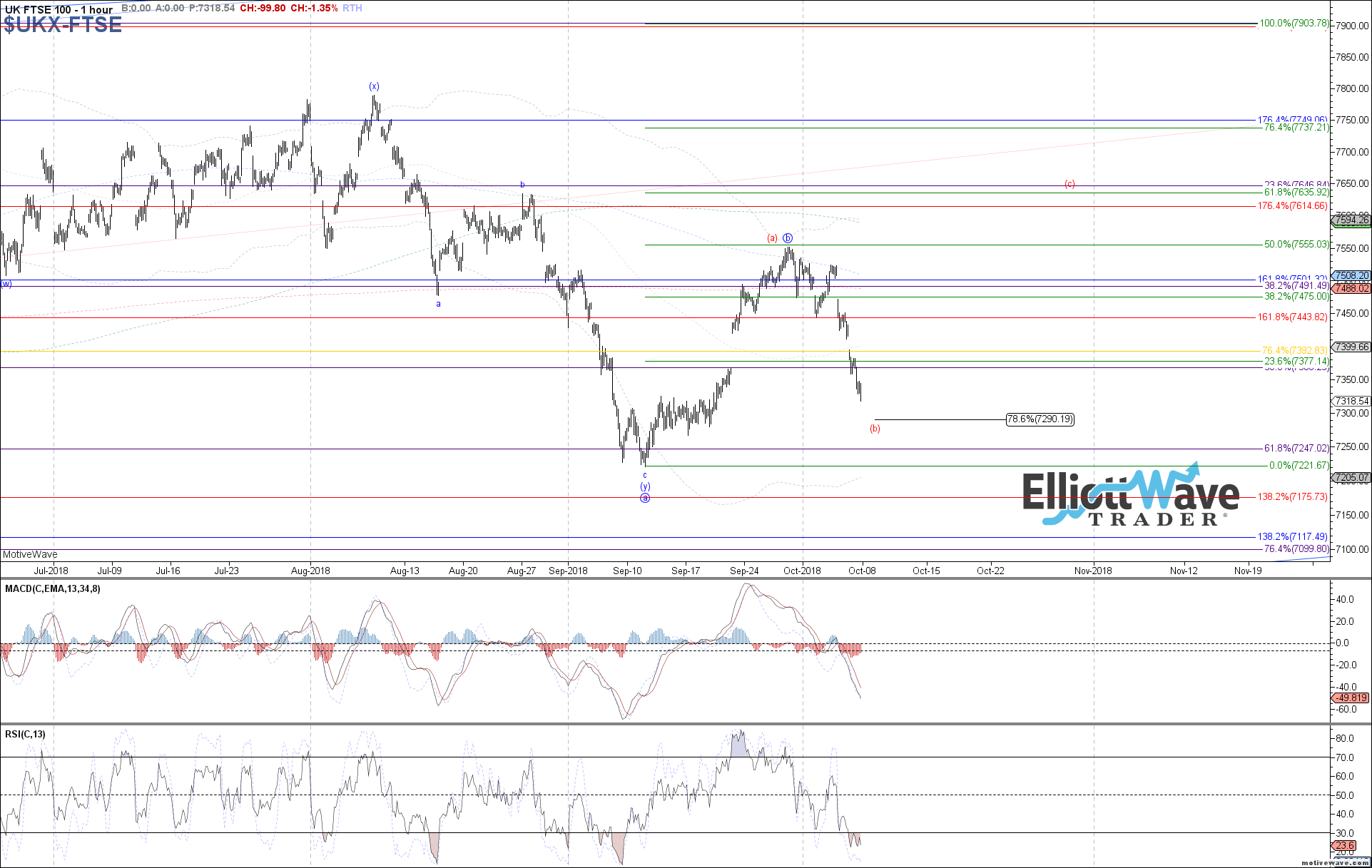 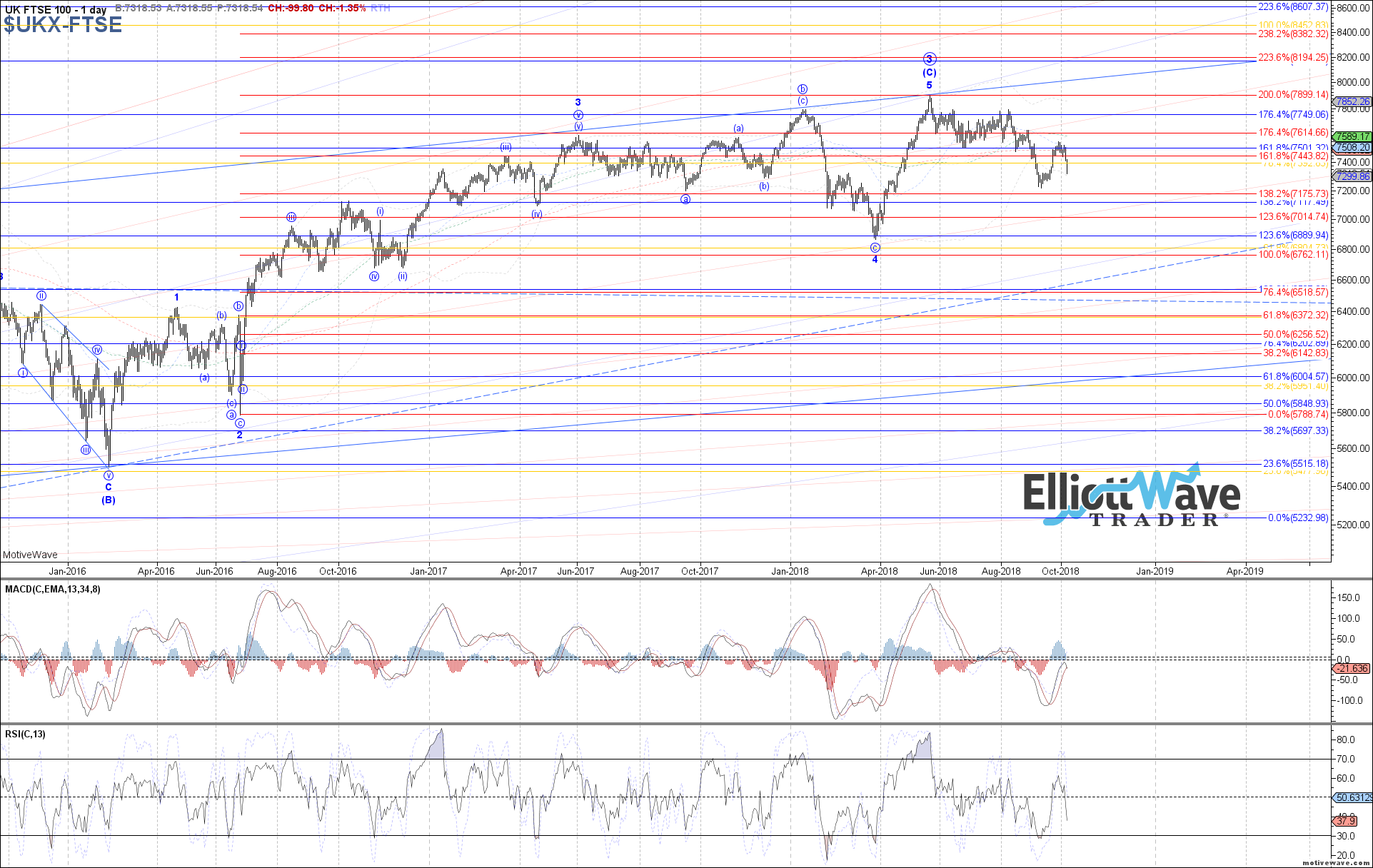 STOXX: The Euro STOXX 50 continued lower last week similar to the DAX, failing to produce a 5th wave up off the September low and leaving us with only a corrective 3 waves. Therefore, it seems the best that we can hope for regarding anything bullish here is for a measured move back up in red wave (c) as well.

Support between 3340 and 3310 should hold for that to remain reasonable.  Otherwise a retest of the September low becomes likely next. 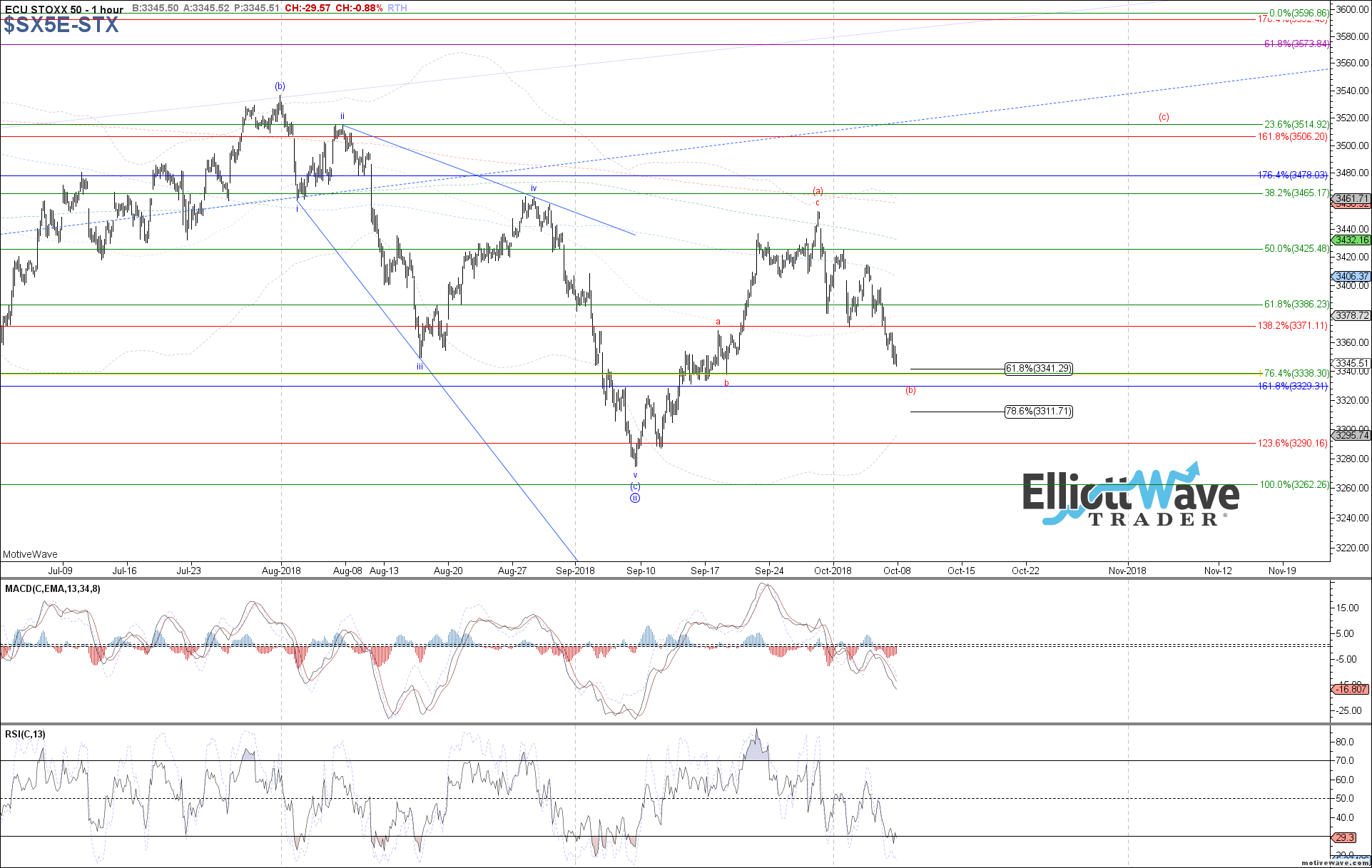 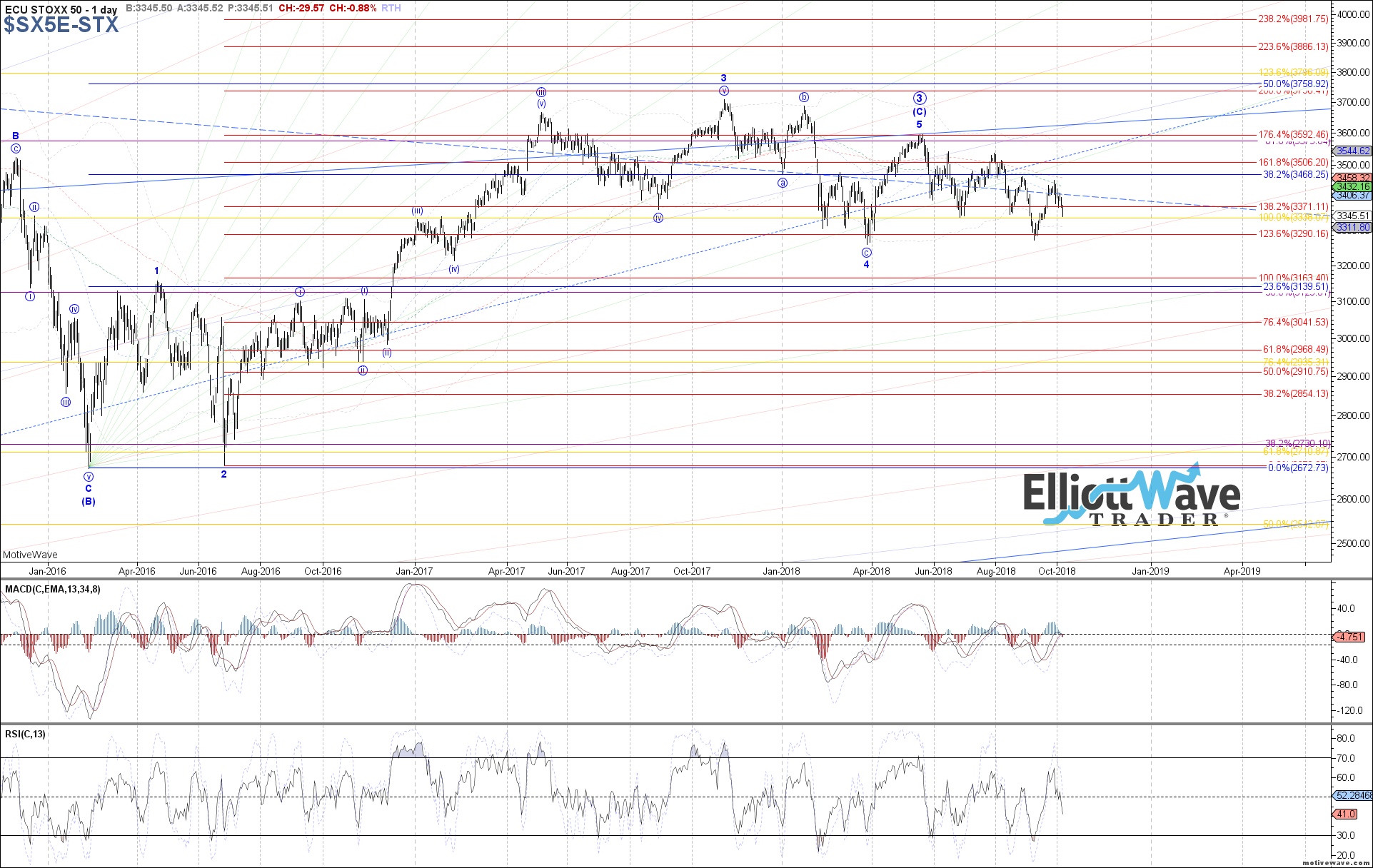