Last weekend I noted that if we had a slower corrective pullback toward the 4400/4350 area on the S&P 500 which then holds, I could see another leg higher toward 4650+.  Price went on to test above 4600 before beginning a pullback.

Looking ahead, price action is bearish short term, bullish medium term and neutral to bullish long term.  With last week a sideways week, in which price digested recent gains, this type of consolidation is healthy for a continued advance, and I think we can remain in this mode for a few more days before attempting another move higher.

My primary is for us to test the 4560-80 area and then another leg lower toward 4450/4420 area before an attempt to take out the recent local high at 4631. IF 4400 goes, then new lows become a much higher probability, but until that happens, my bias is for higher once this correction we are in completes. 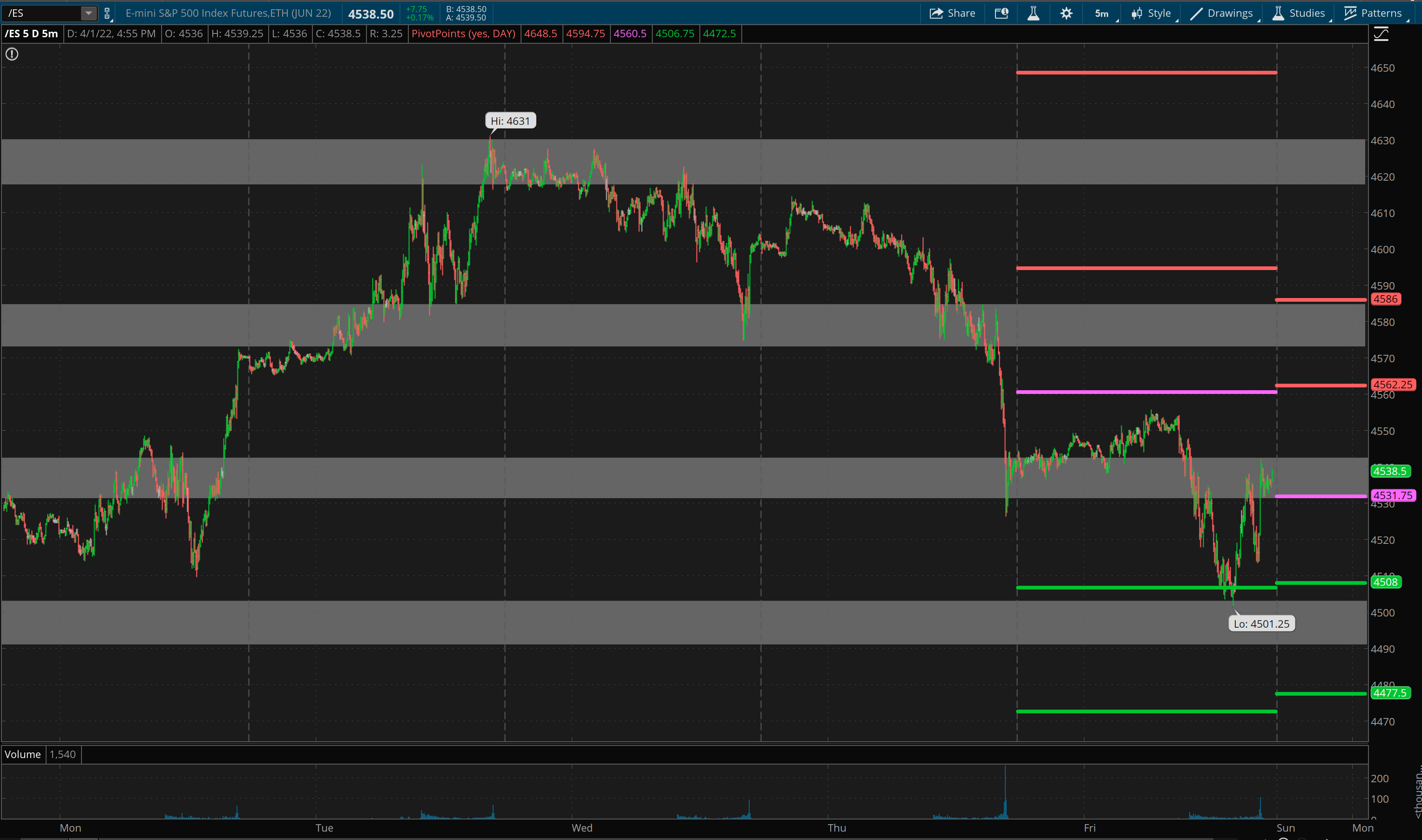