N225: The Nikkei continued higher last week, slightly exceeding the target cited for wave (iii) of v before pulling back in what looks like wave (iv) of v. Price came close to the .382 retrace target of 29780 at the recent low, potentially completing wave (iv) and now turning up in wave (v) of v. If so, then 31490 remains the ideal target to complete wave (v) of v. Otherwise, below Friday’s low and 29495 is the next support for a deeper wave (iv) of v. 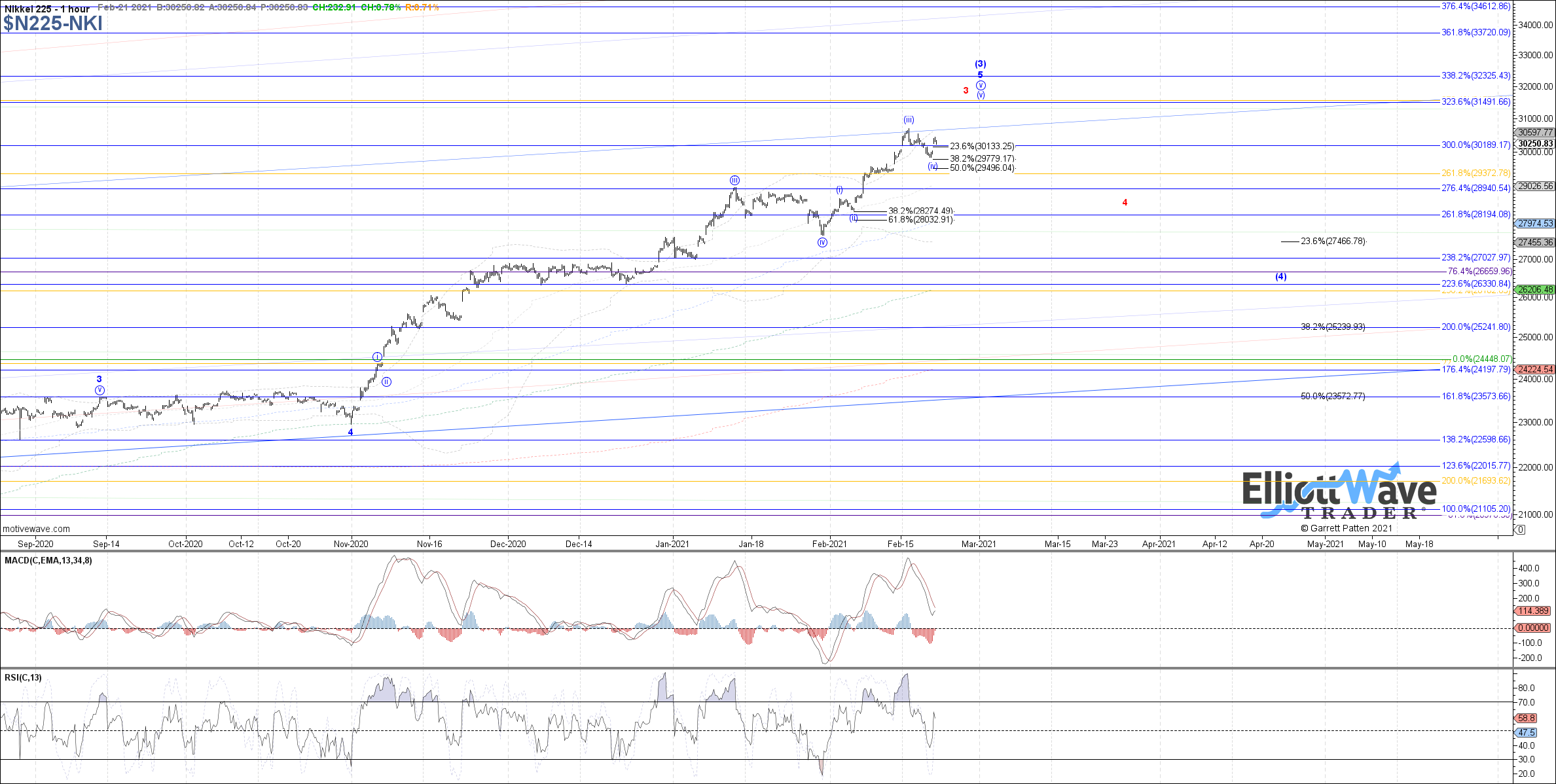 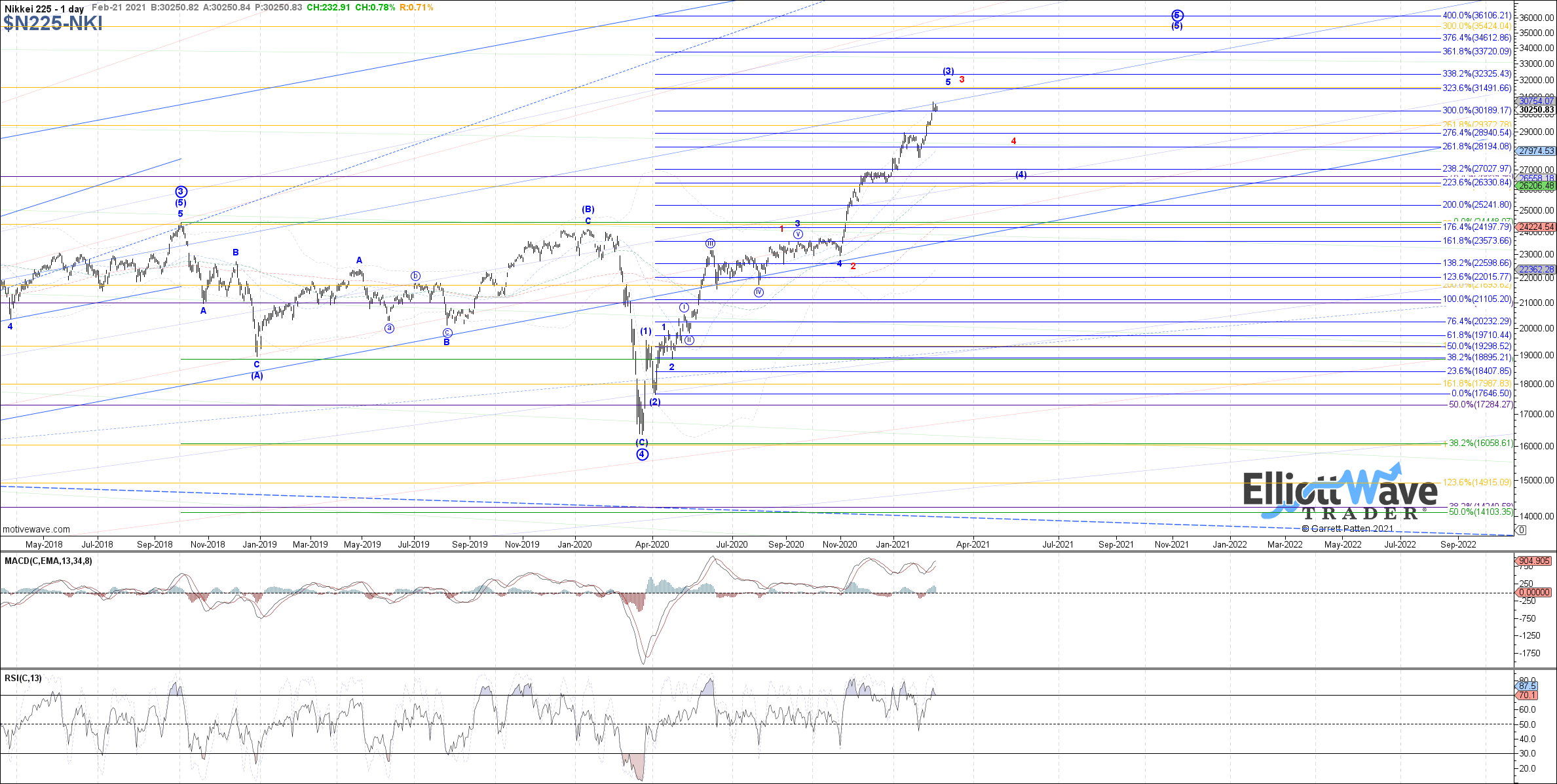 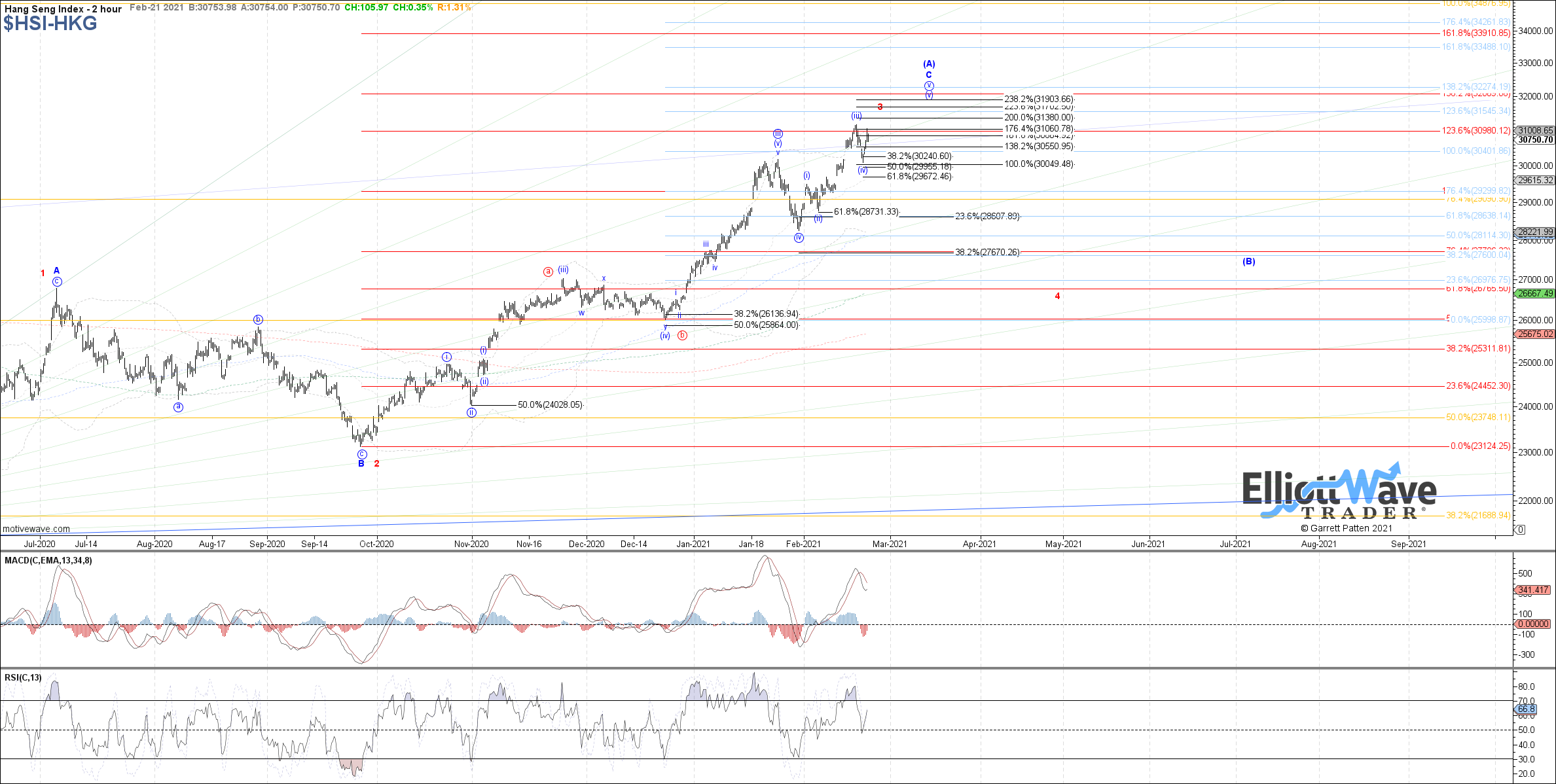 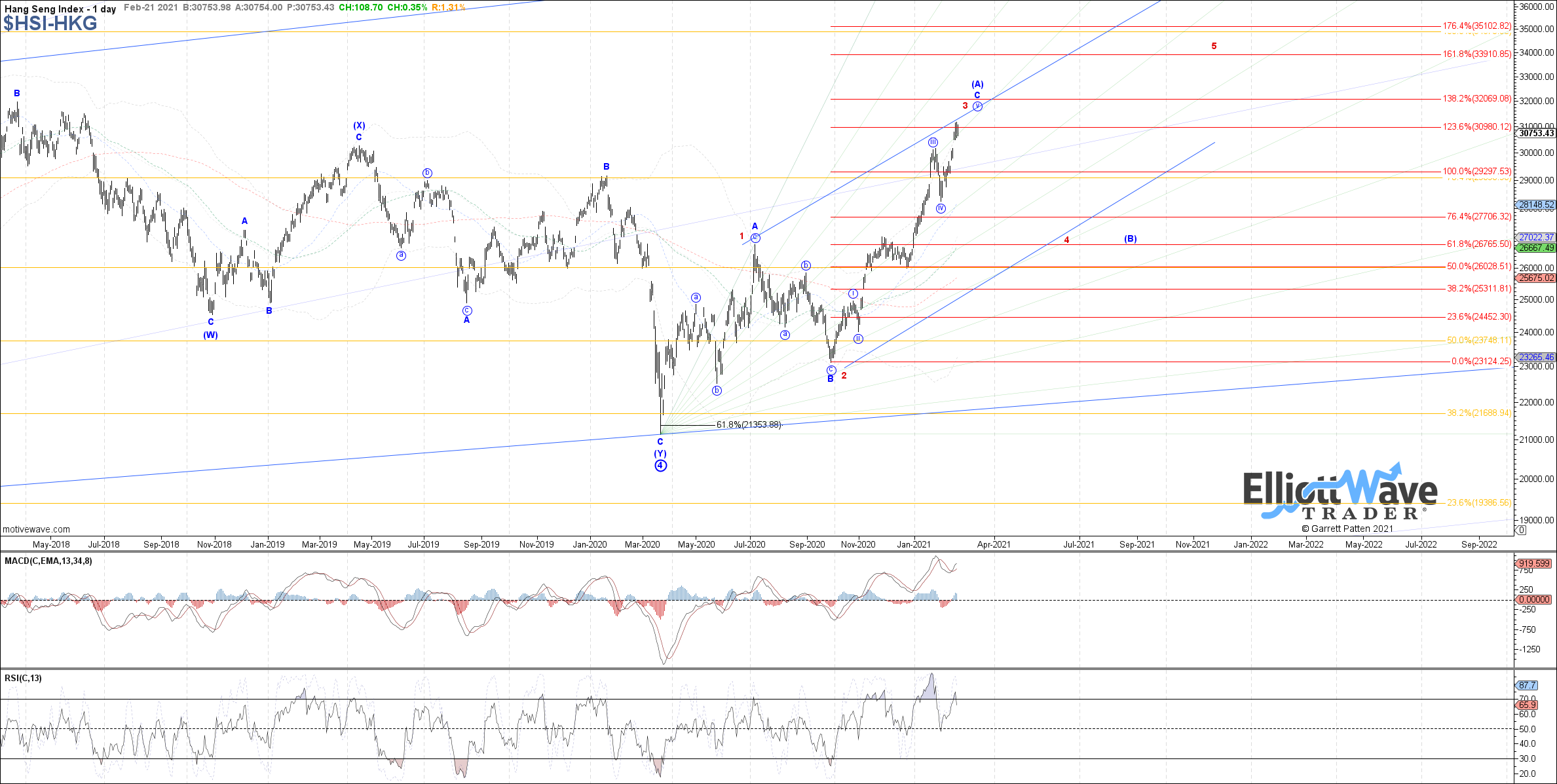 SSEC: The Shanghai Composite traded initially higher last week as well, reaching the 3710 fib target cited for either blue wave (v) of v or red wave iii. So far price has held that resistance, but not yet provided clear evidence of a local top in place yet. Below 3600 would suggest that either red wave iv or blue wave 4 is filling out, otherwise 3780 is the next fib resistance above if further near-term extension is seen instead. 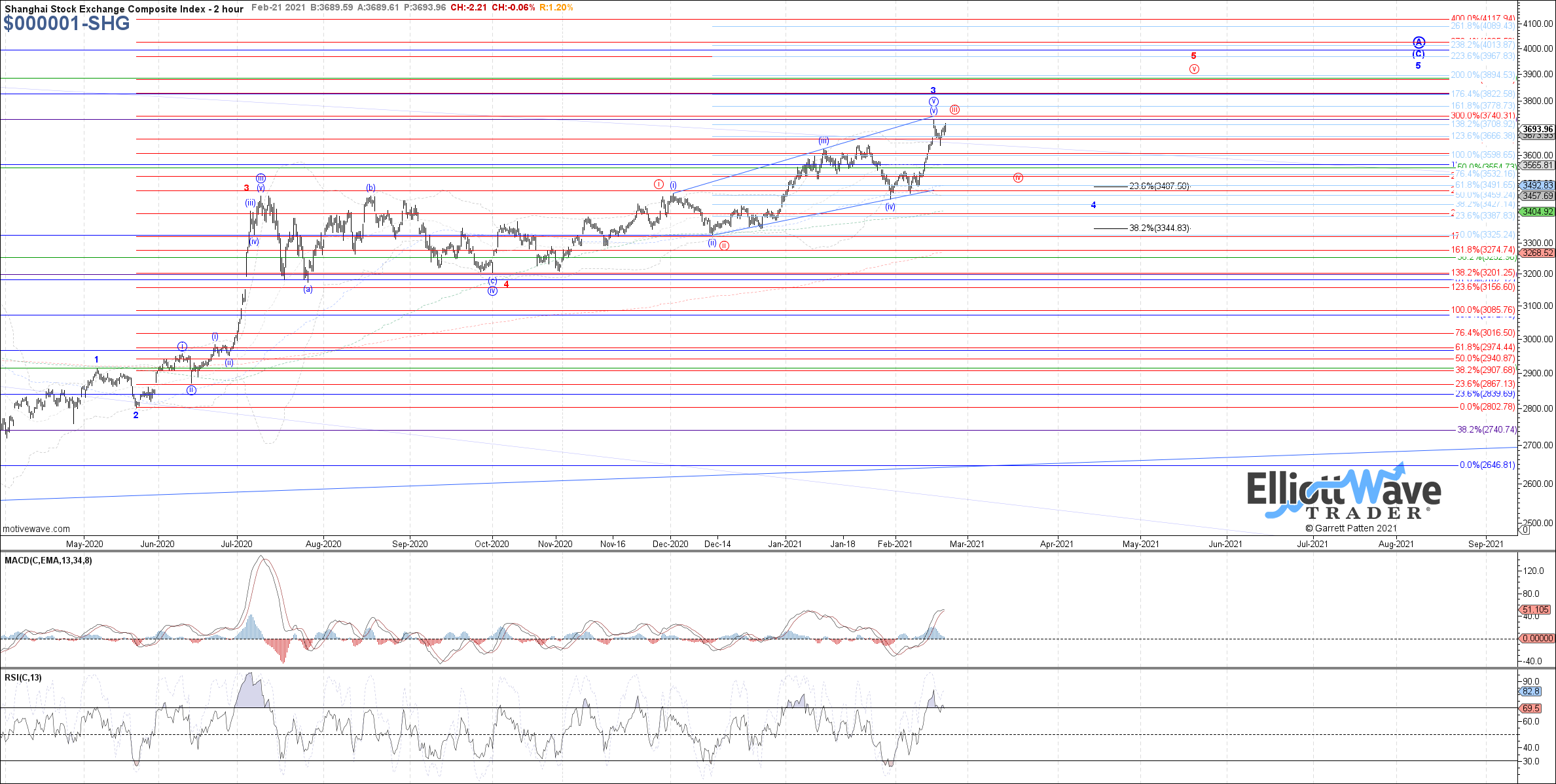 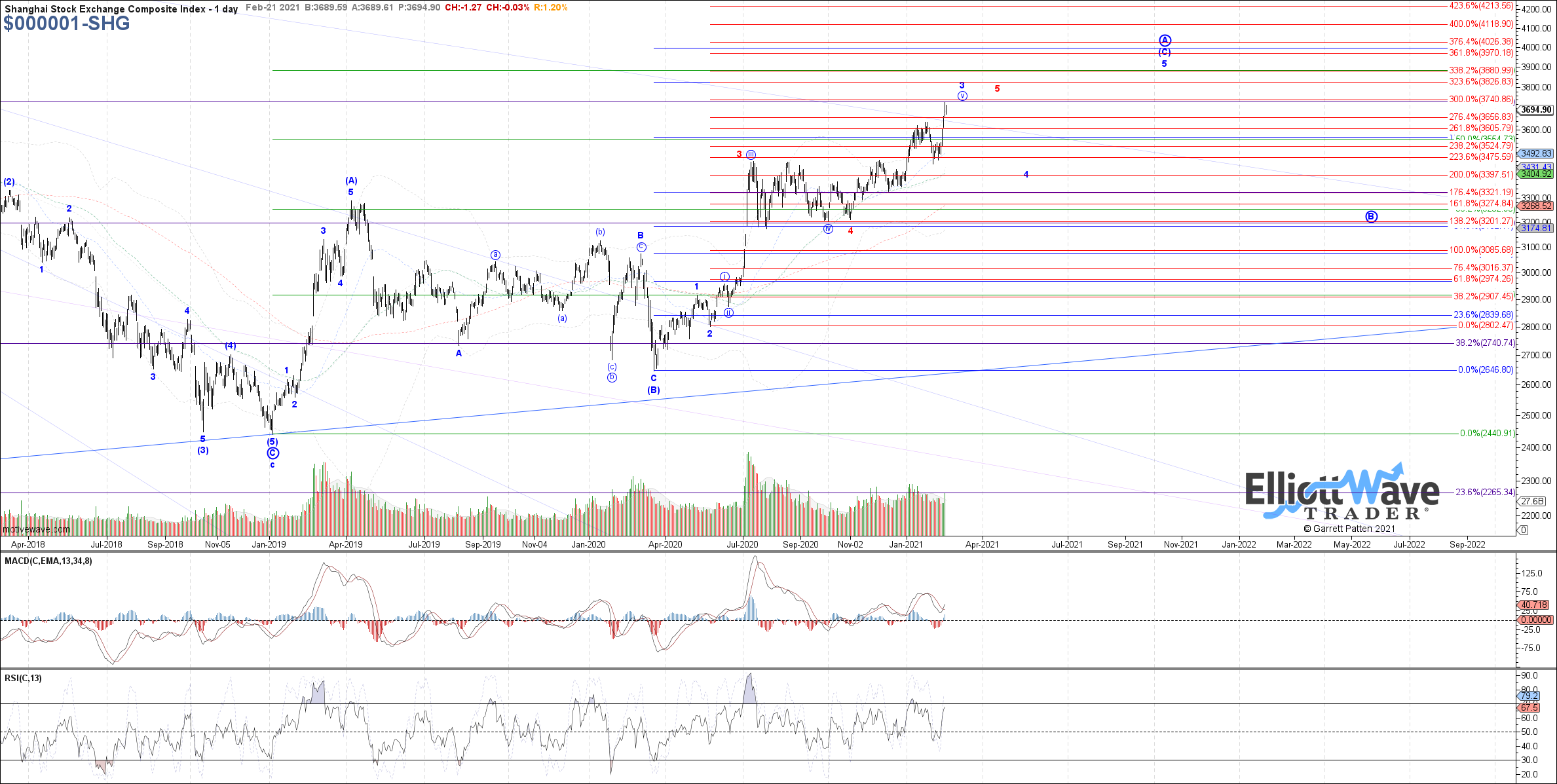 NIFTY: The Nifty made a marginally higher high on the month last week, before curling back down into Friday’s close. If price continues lower from here, then 14600 – 14210 is support to watch for red wave ii of 5, below which increases the likelihood that a deeper pullback as blue wave (4) is filling out. Otherwise, 15540 is the next fib resistance in the event that further immediate extension higher is seen instead. 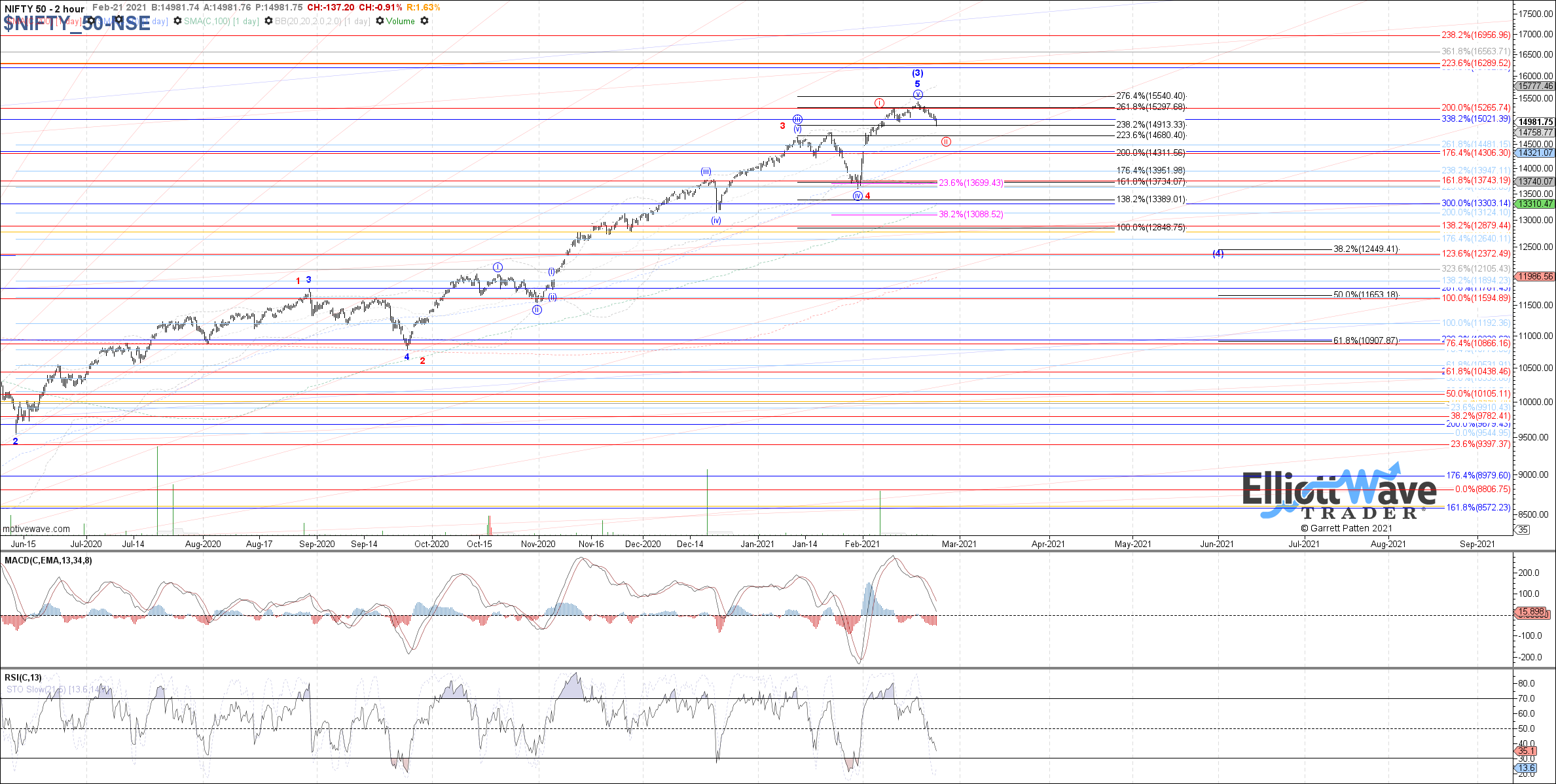 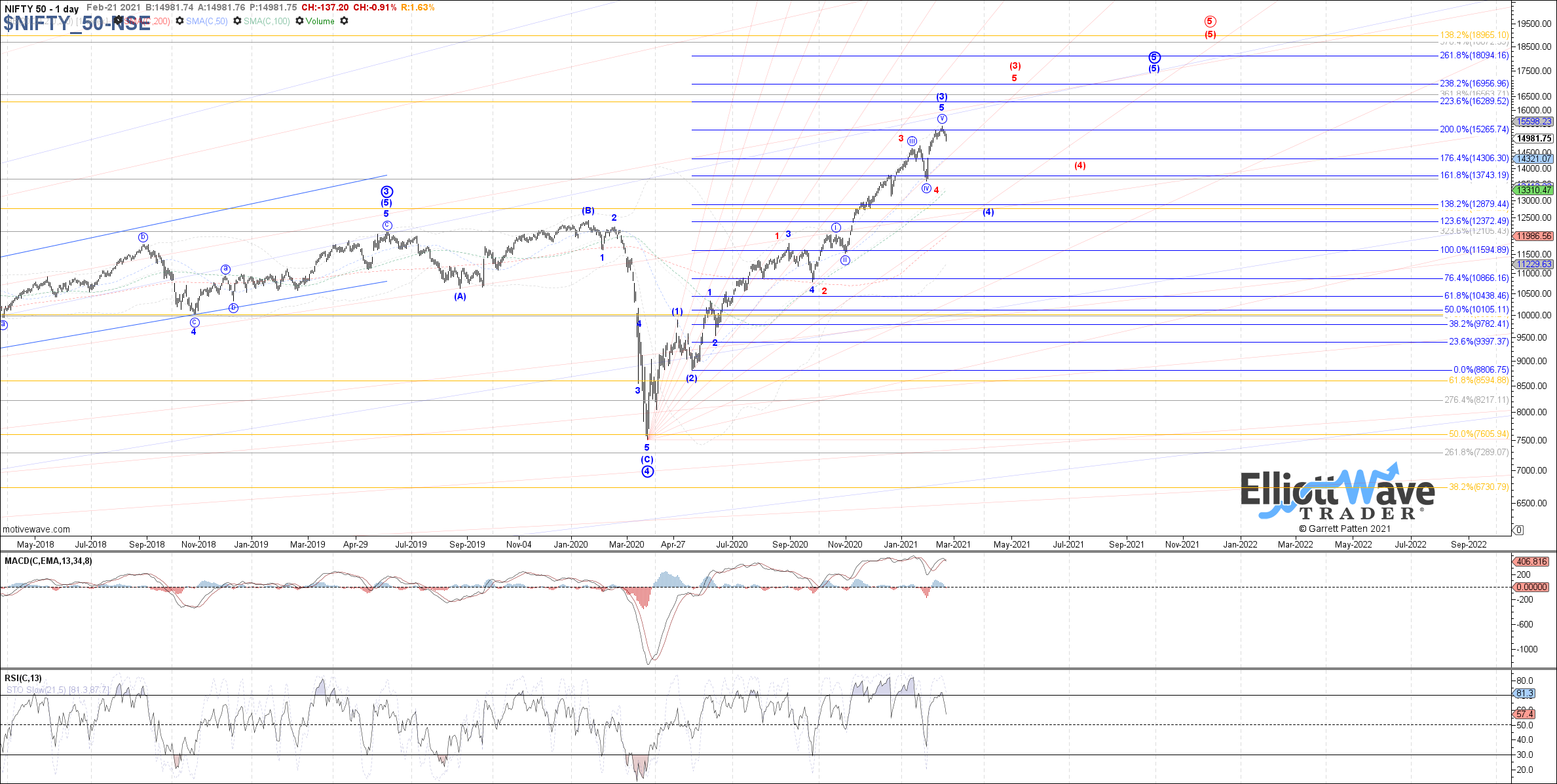 XJO: The ASX also made a marginally higher high early last week before turning down since. Therefore, it looks like last week’s high completed either all of wave (v) of iii in blue, or wave (i) of v shown in red. 6775 – 6675 is near-term support to watch for the latter, which if holds and price turns back up above last week’s high opens the door to red wave (iii) of v underway. Otherwise, below 6675 increases odds of heading back closer to the January low as blue wave iv. 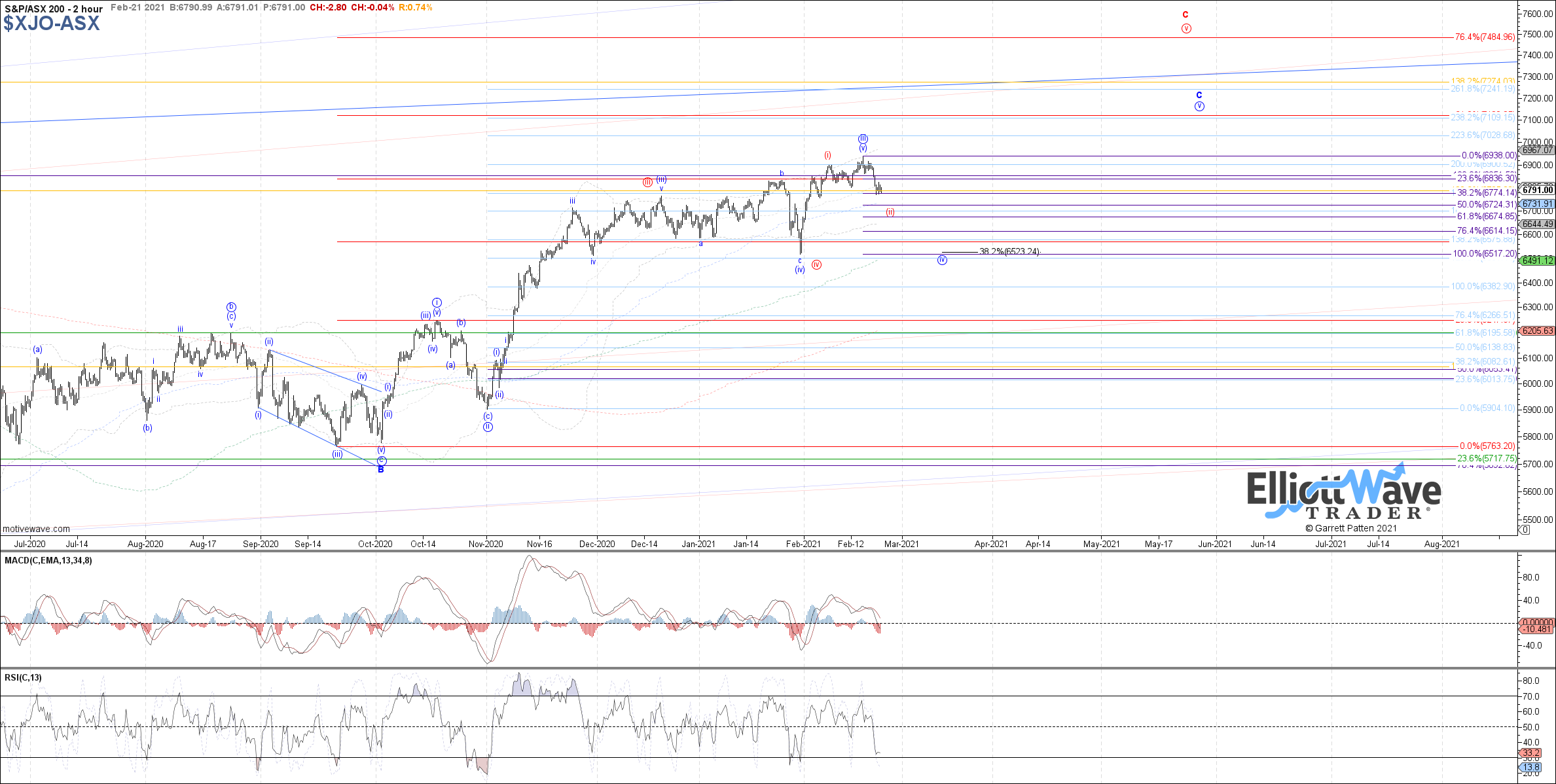 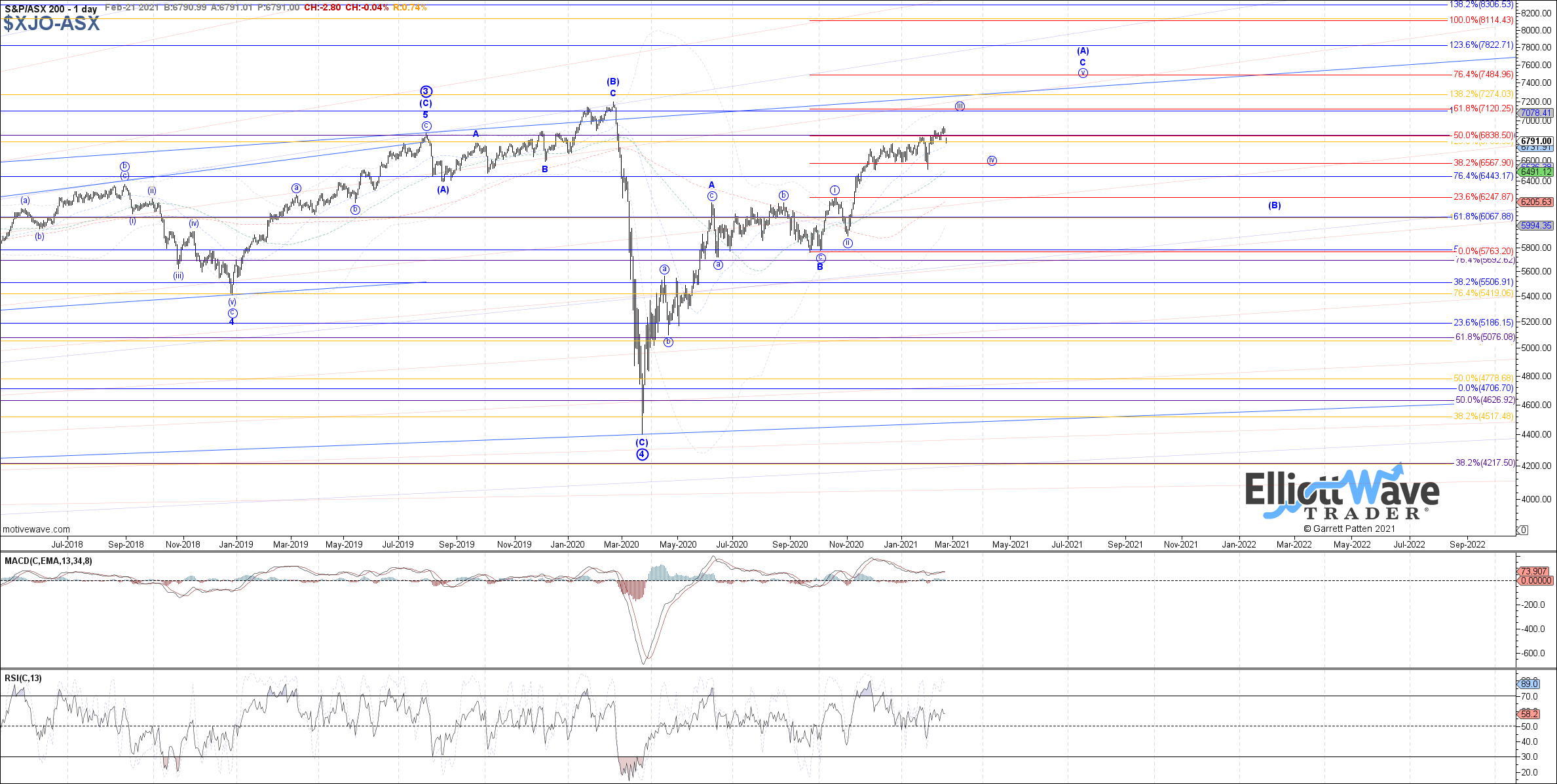