DAX: The DAX traded modestly lower last week, so far still holding the resistance cited for wave 4 but otherwise acting stubborn with follow through toward a new low in wave 5. Therefore, I am not dismissing the potential for a bottom already in place, which becomes even more likely if price turns back up above the recent highs in the 10100 region. Until then, the potential for another attempt at heading lower in blue wave 5 remains valid, but the longer price holds a high level consolidation the less likely that outcome becomes. 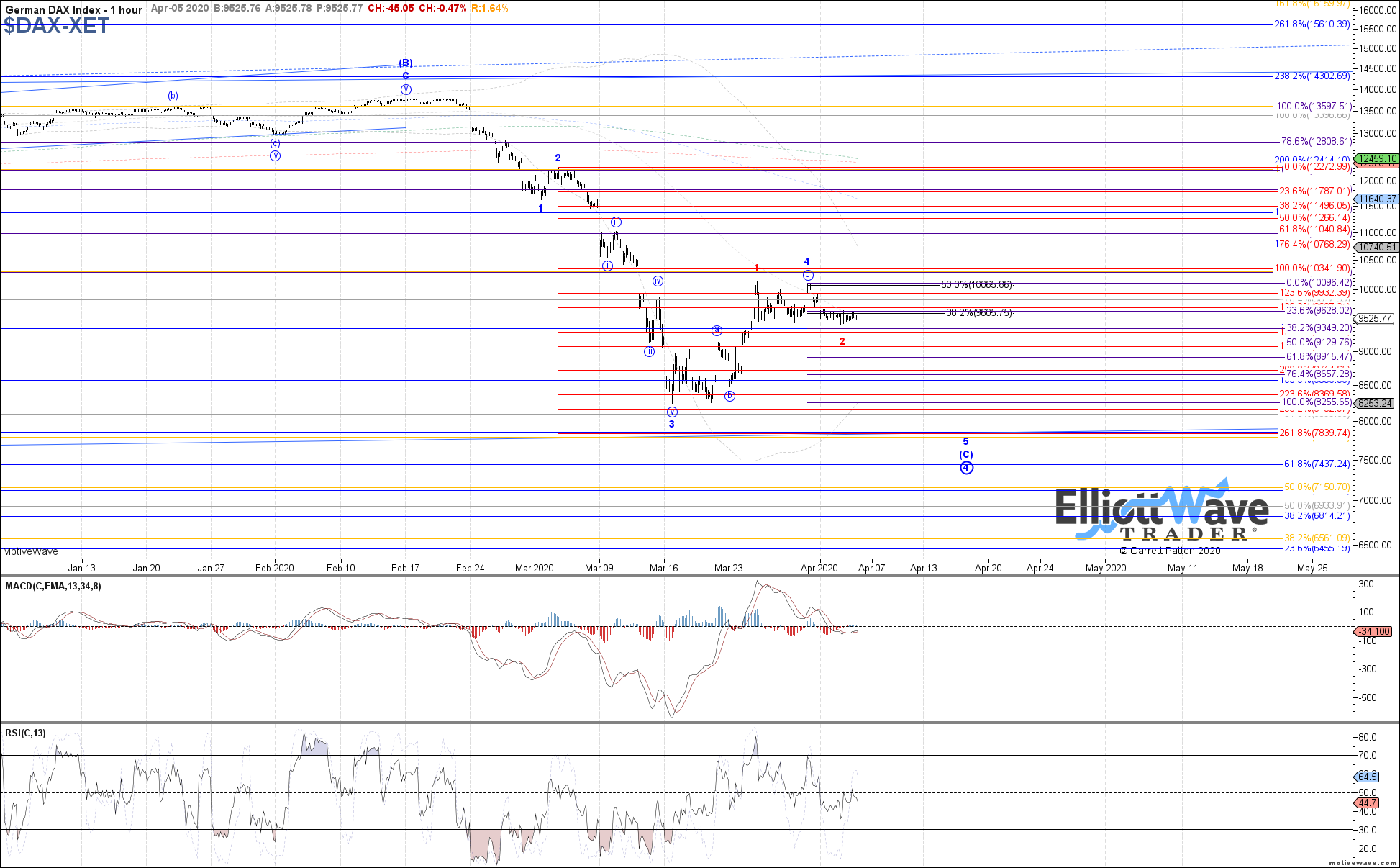 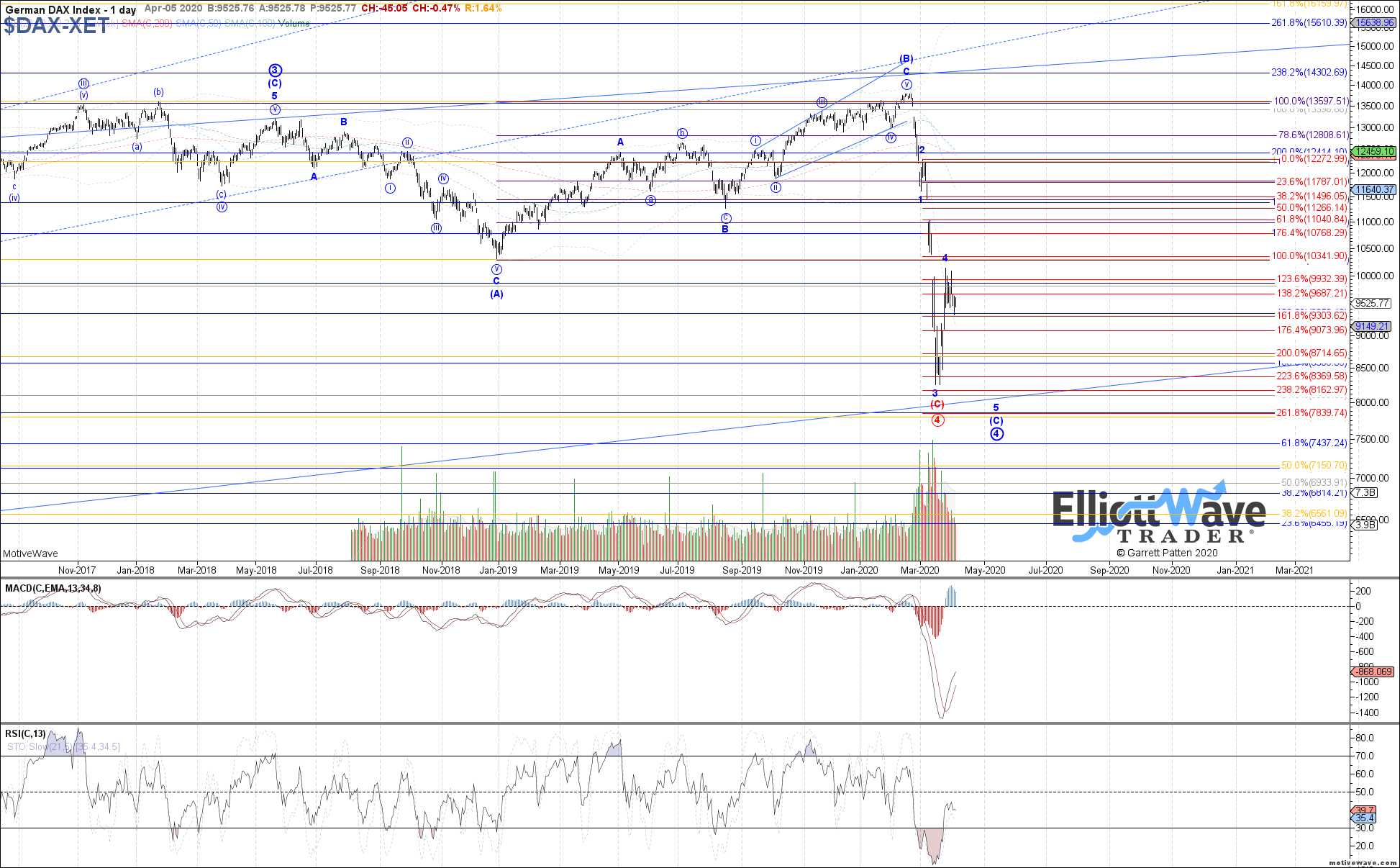 FTSE: The FTSE consolidated mostly sideways last week, but overall is still holding below the recent high at 5820. As long as that high continues to hold, the potential to head down toward a new low in a 5th wave remains valid. However, similar to the DAX, if that outcome is going to be seen, then it really should take advantage of more downside this week. Otherwise, any break back above 5820 opens the door to a more significant bottom already in place here as well, but it is less clear as exactly what in this case. 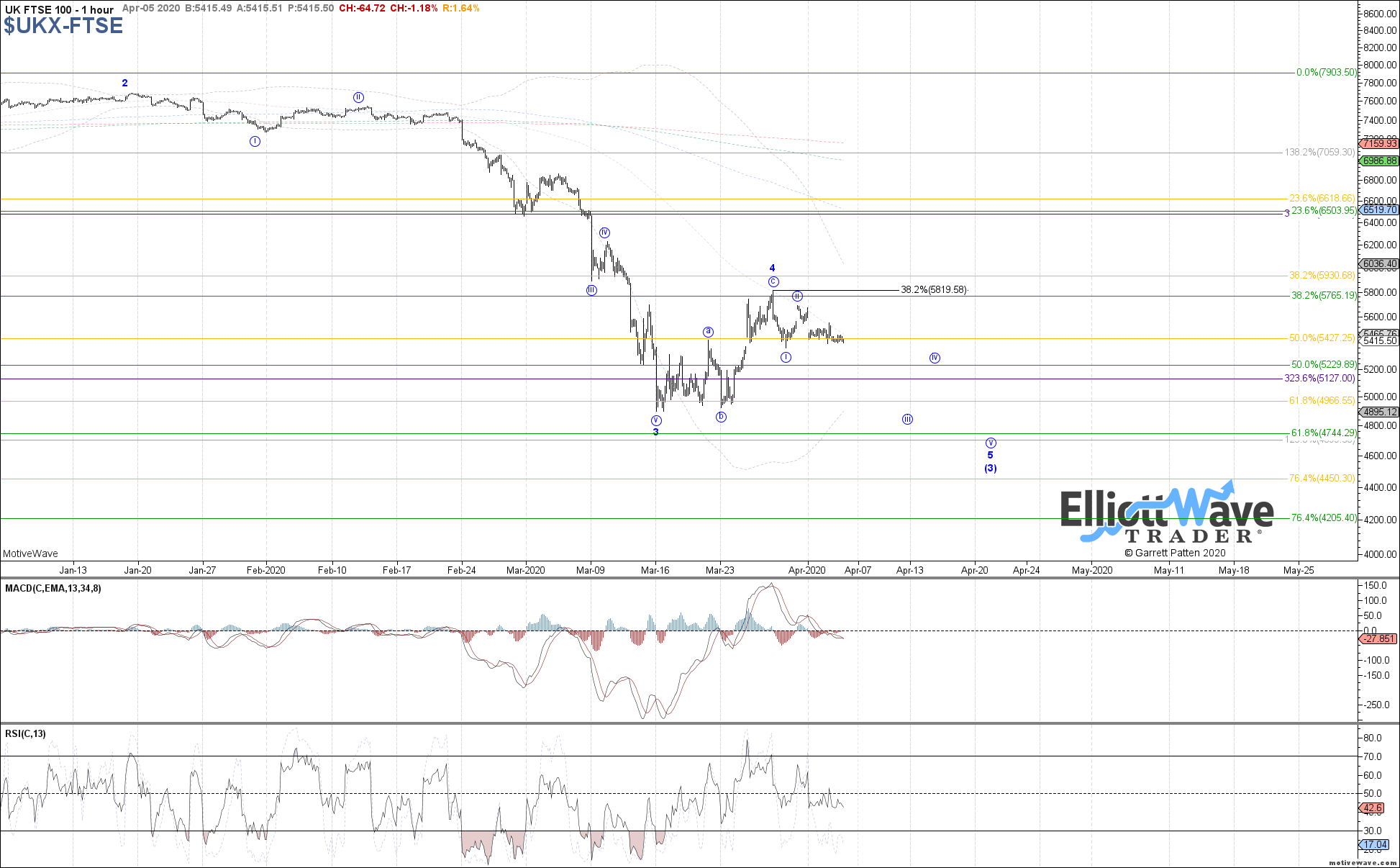 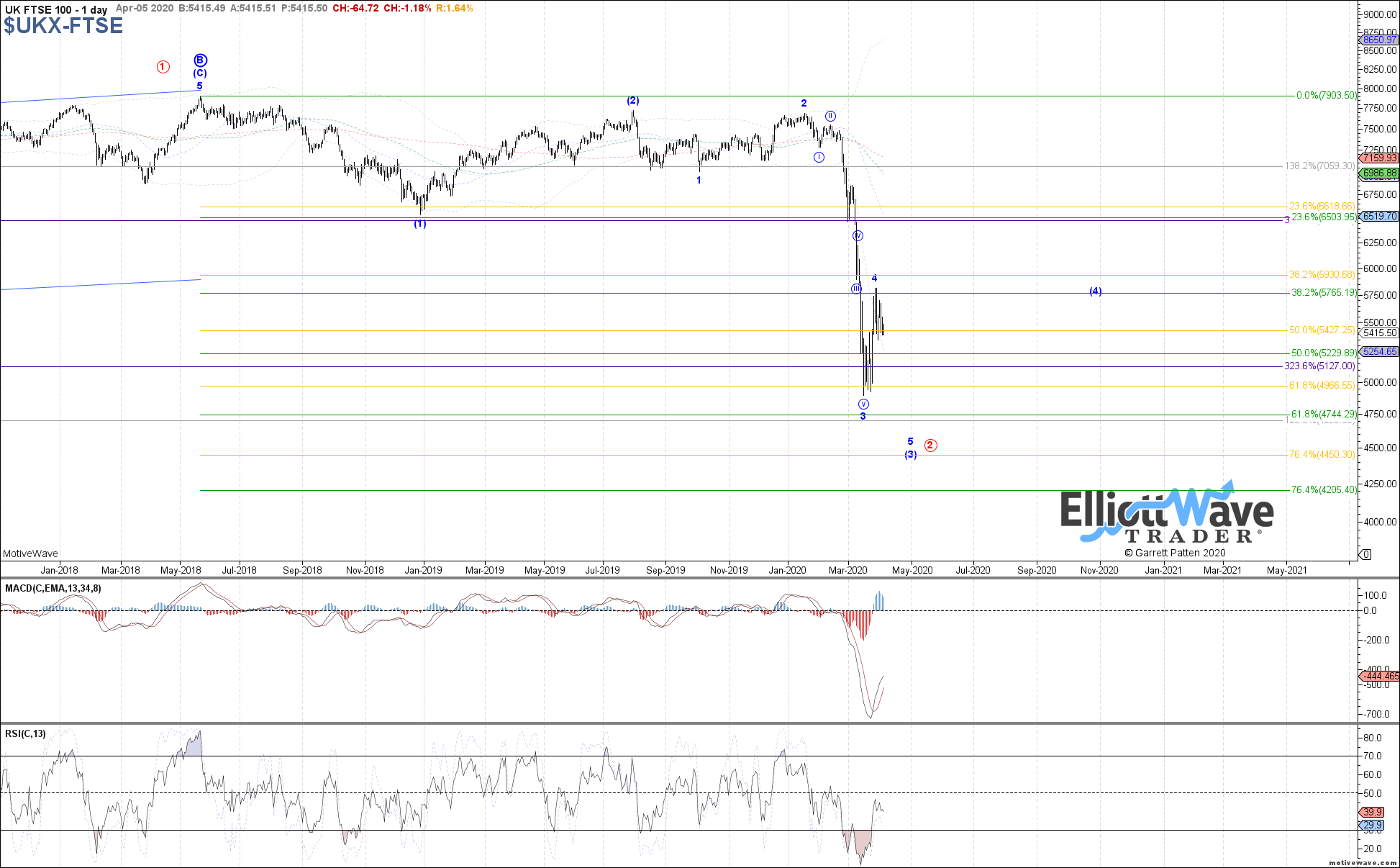 STOXX: The STOXX managed to trade modestly lower last week as well, so far still holding the resistance cited for wave 4 of (C). As long as that remains the case, then the potential for one more low from here as wave 5 of (C) remains valid. Price should also take advantage of further downside this week if that outcome is going to be seen though, otherwise the longer price holds a high level consolidation like this, the more likely a bottom already in place becomes. 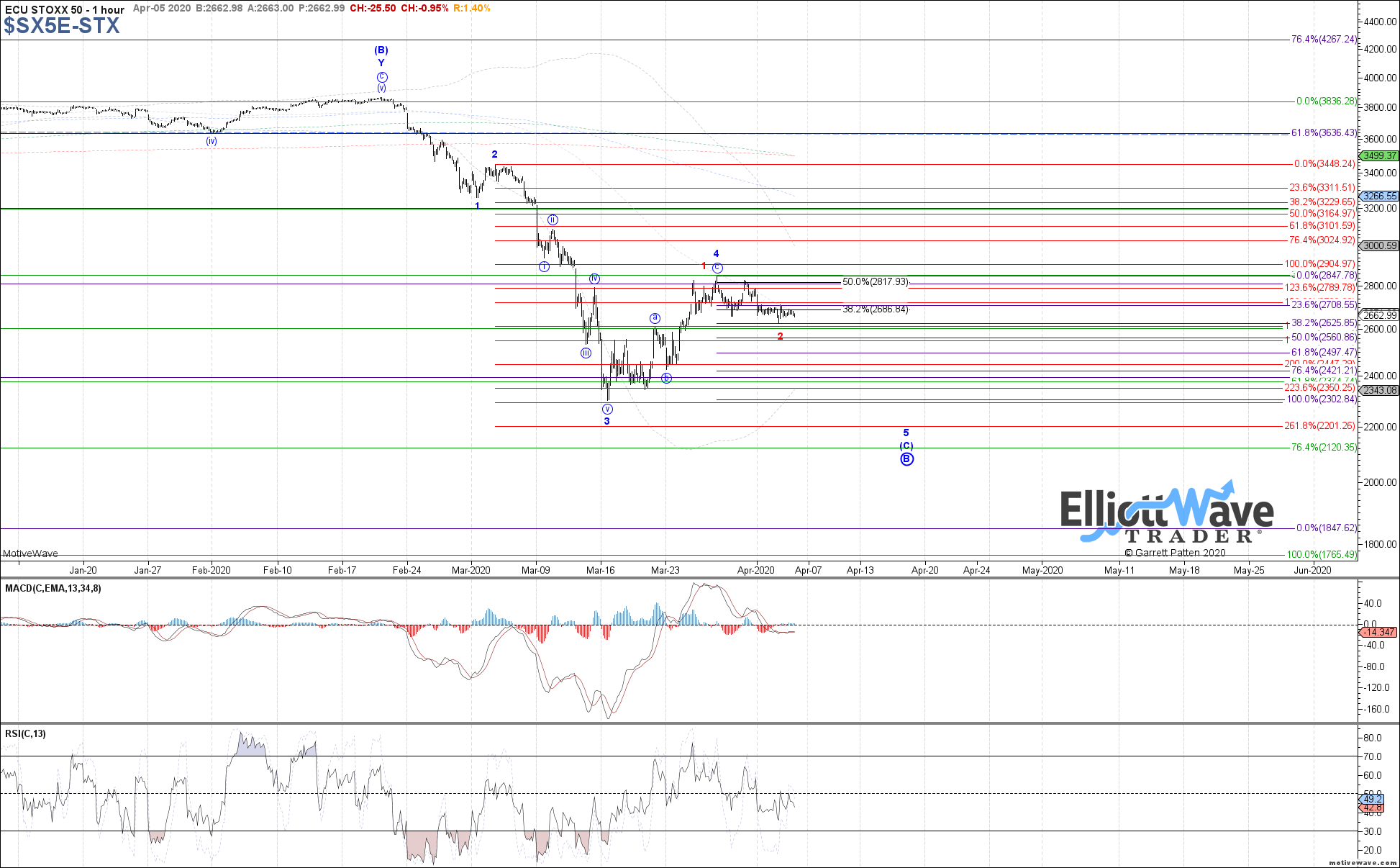 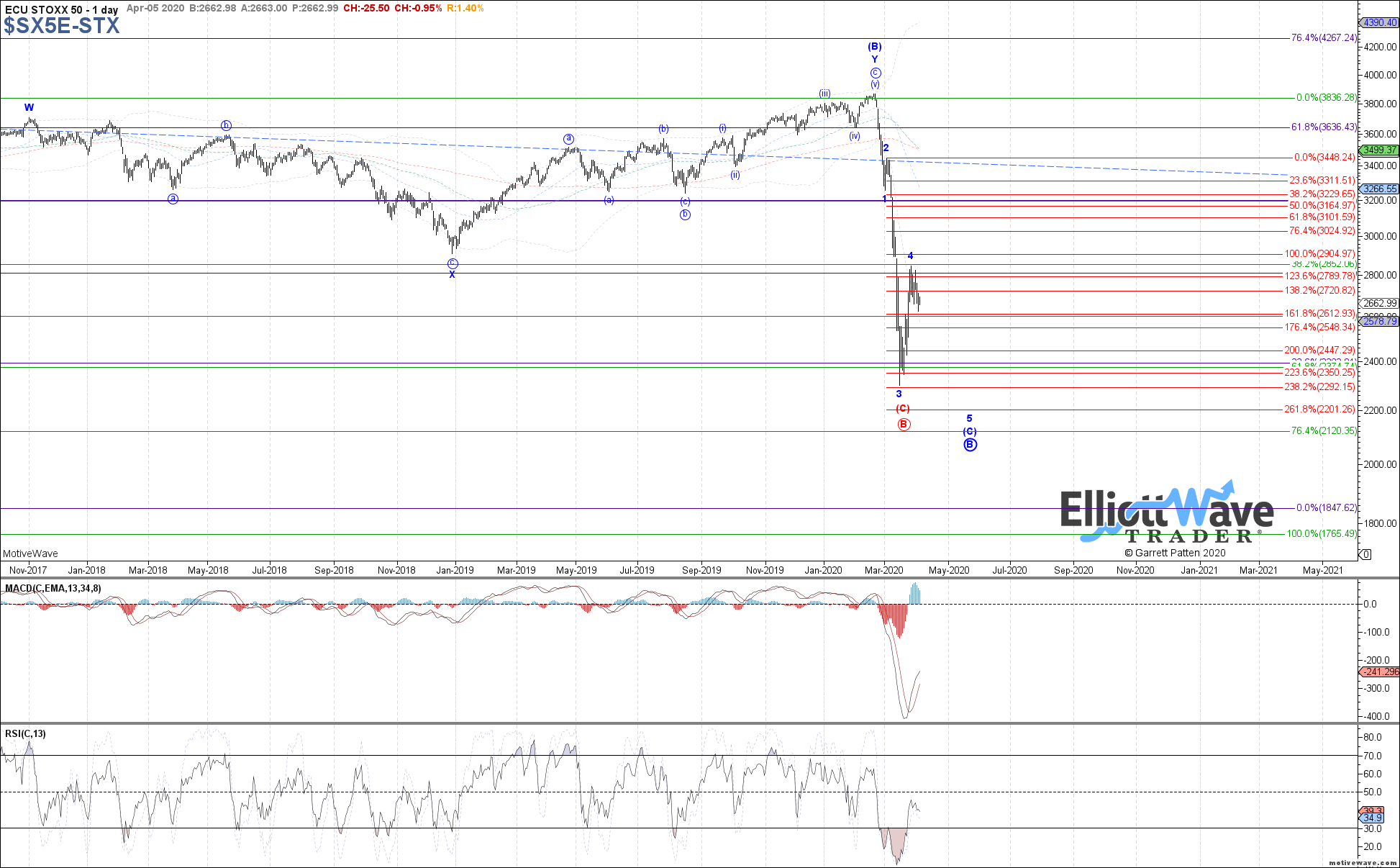 IBOV: The Bovespa traded lower last week as suggested, still maintaining the potential for one more low as possible in red wave 5. So far price has stopped at the .618 retrace of the bounce off the March low though, so if something more immediately bullish is going to be seen instead, this would be the most likely place for price to attempt to turn back up from with a break back above 78500 confirming a bottom of sorts already in place. Otherwise, 65760 is likely the last chance for price to hold a corrective pullback, below which makes a new low as red wave 5 even more likely. 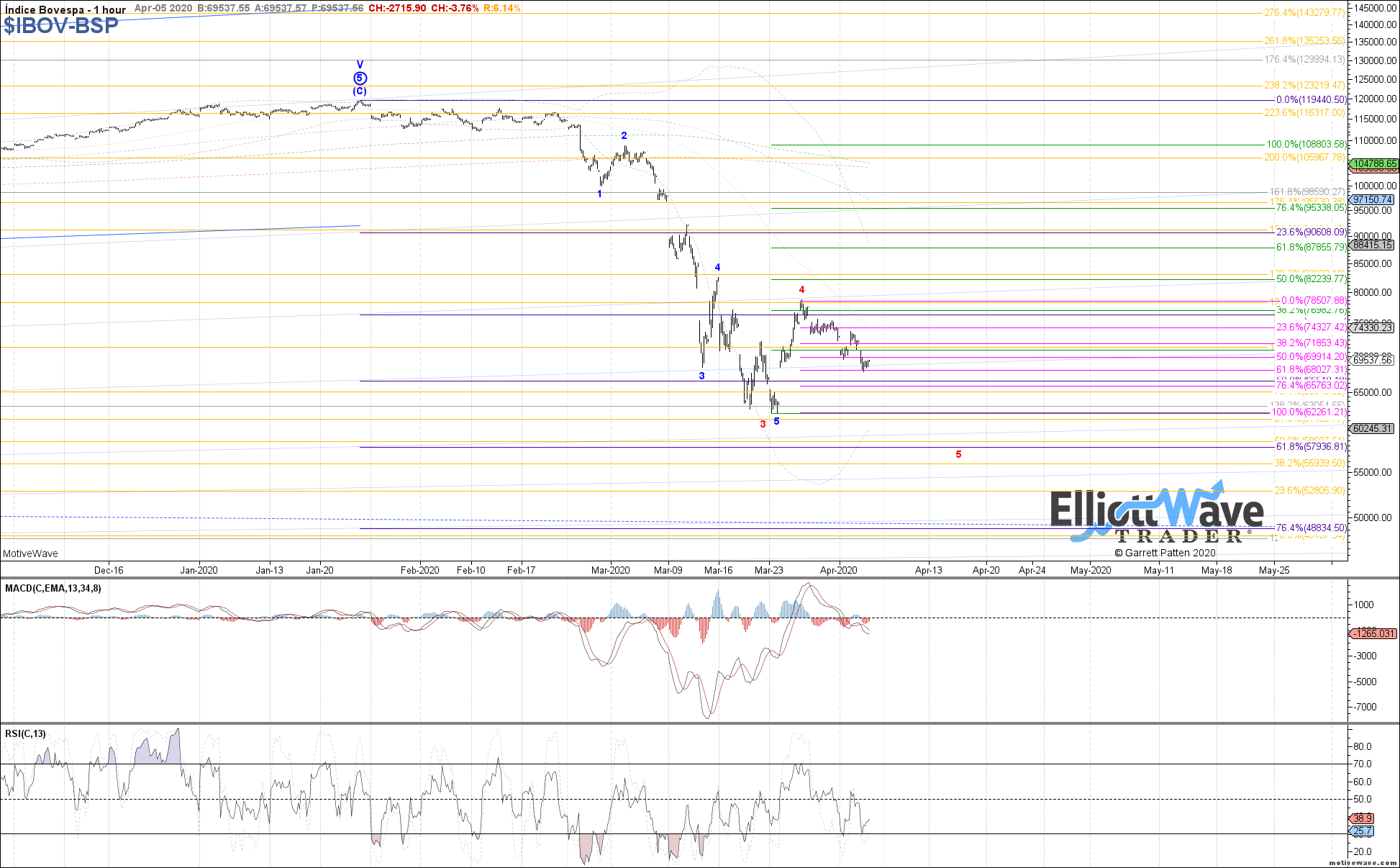 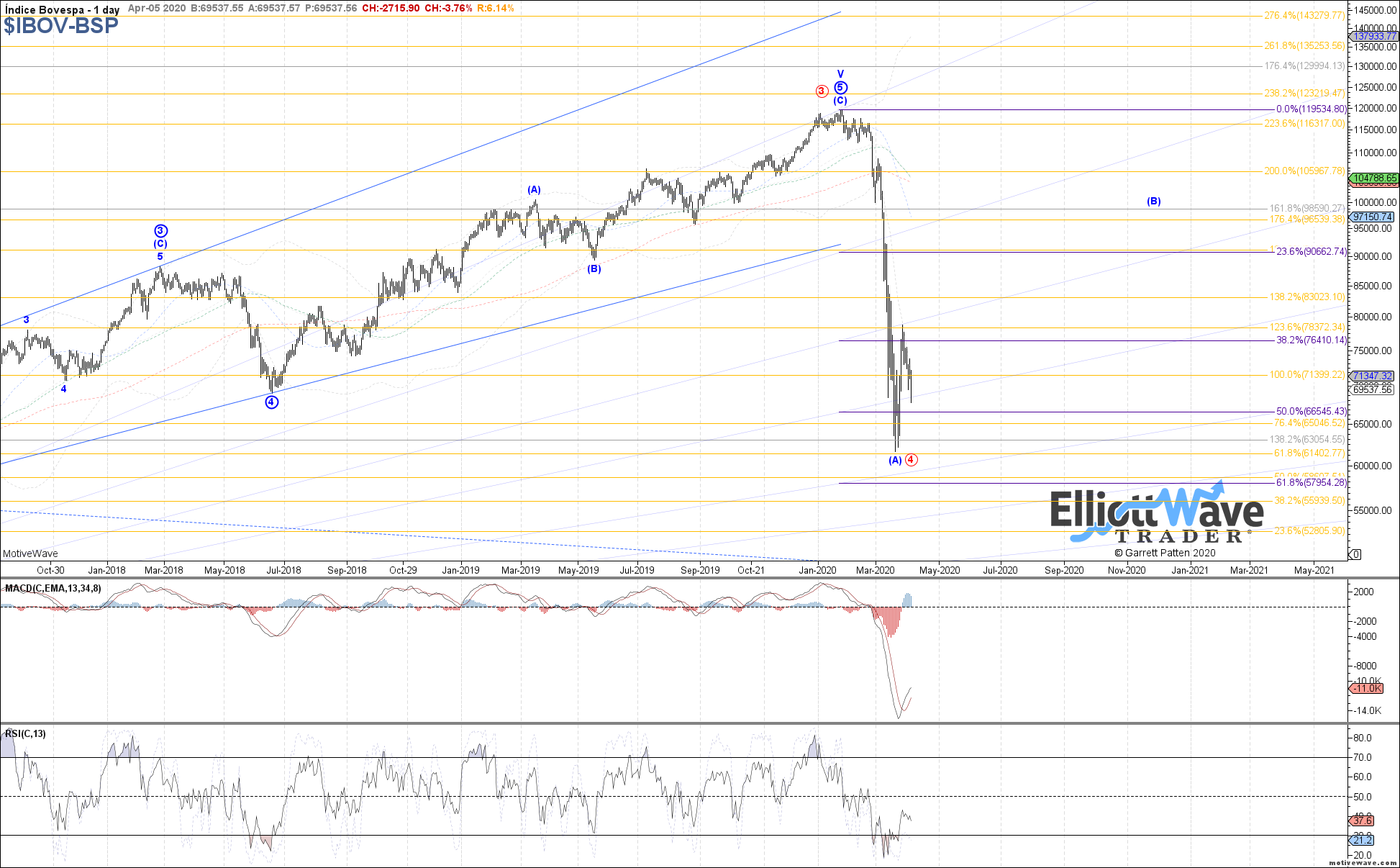 IPC: The IPC continued lower last week, retracing the entire bounce off the March low. Therefore, the window of opportunity for price to attempt a wider flat as wave 4 shown in blue is quickly closing, with the potential for price to already be filling out wave 5 increasing in likelihood. To consider the wider flat back up toward 36415 – 37670 as likely playing out again, price needs to at least get back above 34360. Otherwise, 31575 – 29900 remains target support below if already filling out wave 5 of (C). 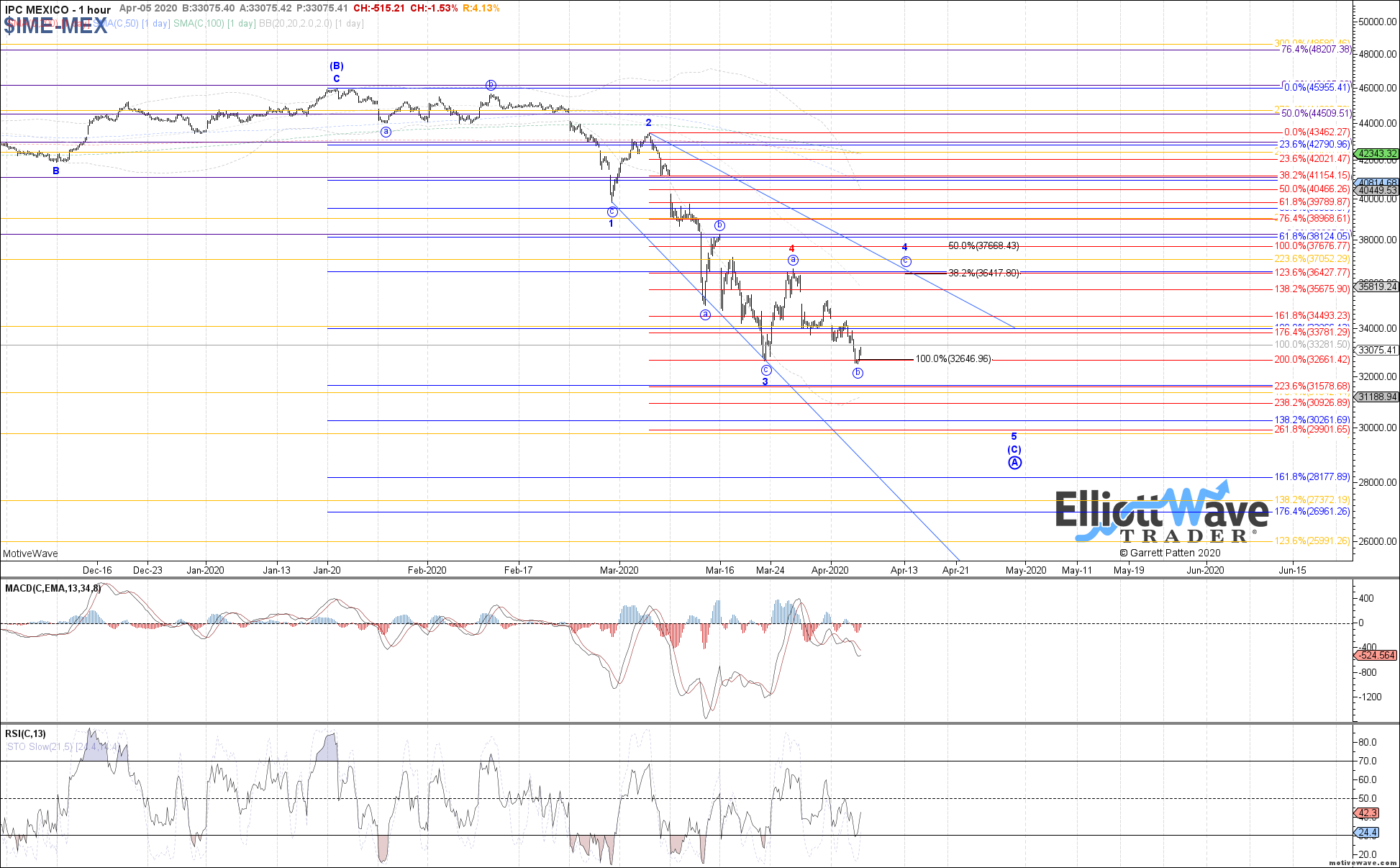 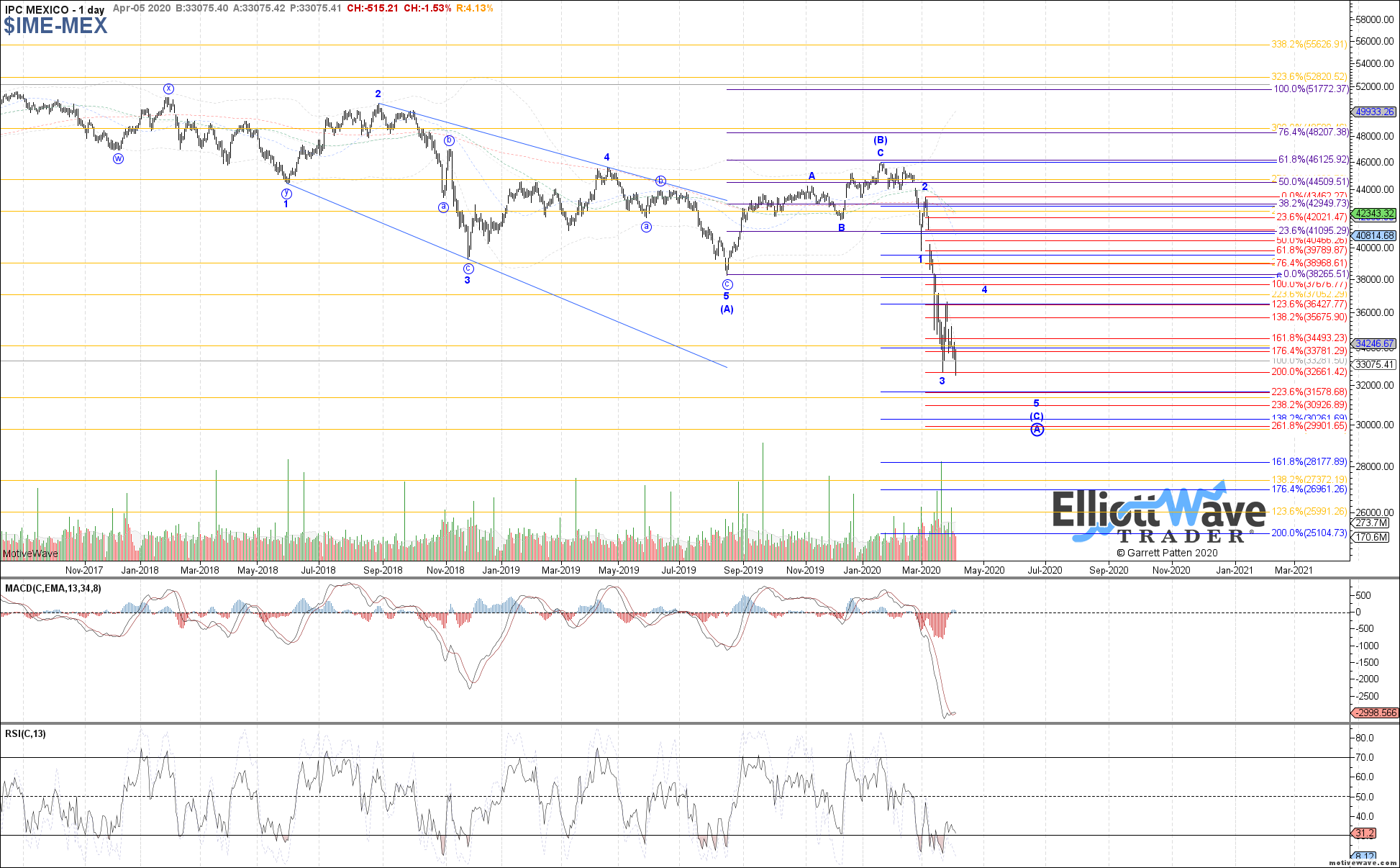