N225: The Nikkei continued to pull back last week as suggested, so far finding support in the region cited for a corrective wave 2 in red and now starting to curl back up. Therefore, this week could decide between the potential for a bottom already in place in red or one more low needed in blue. If a break back above 18800 is seen, then it places odds in favor of the red count and the start to wave 3 higher. Otherwise, below the .618 retrace at 17520, and odds of a new low in blue wave 5 begin to increase. 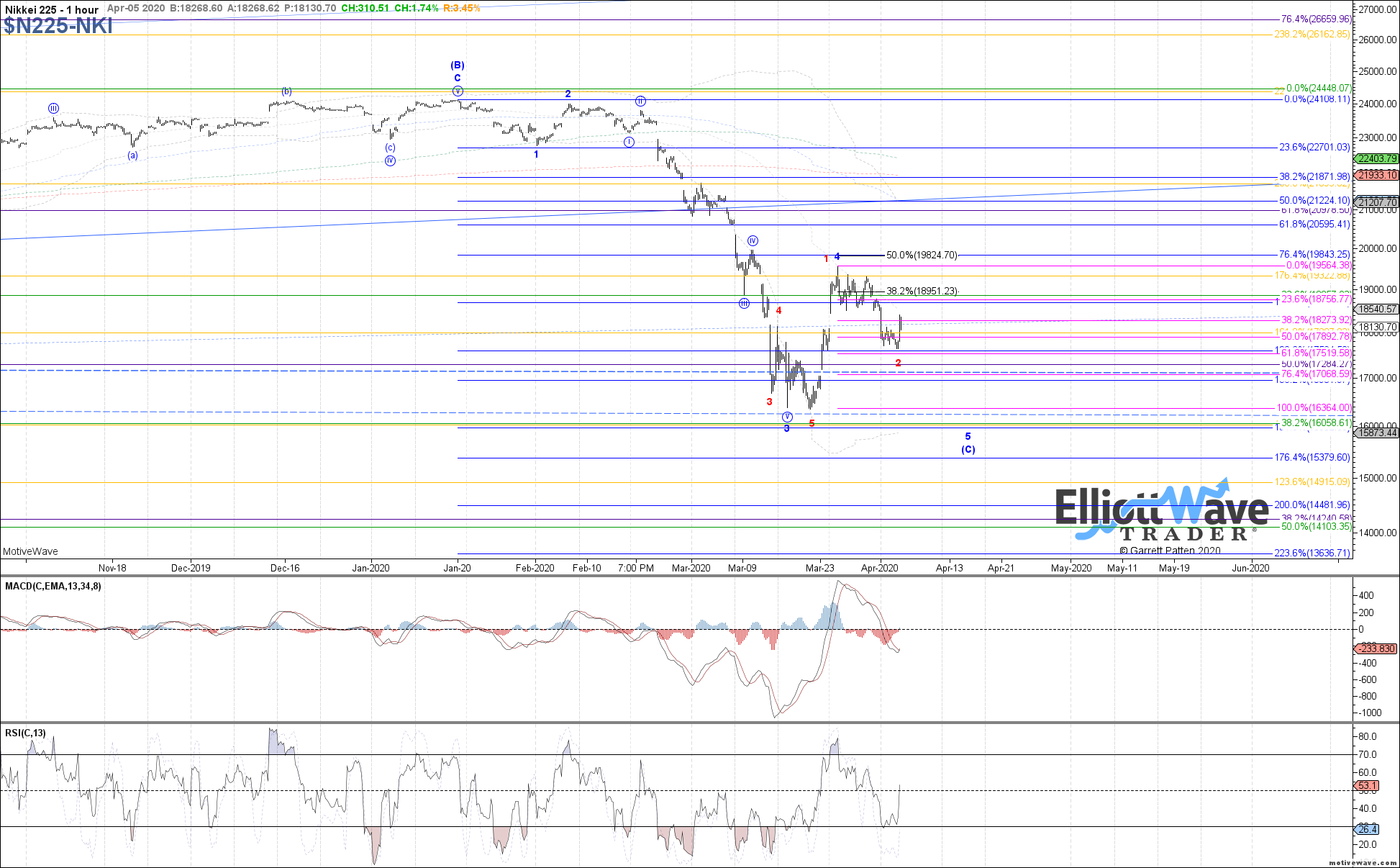 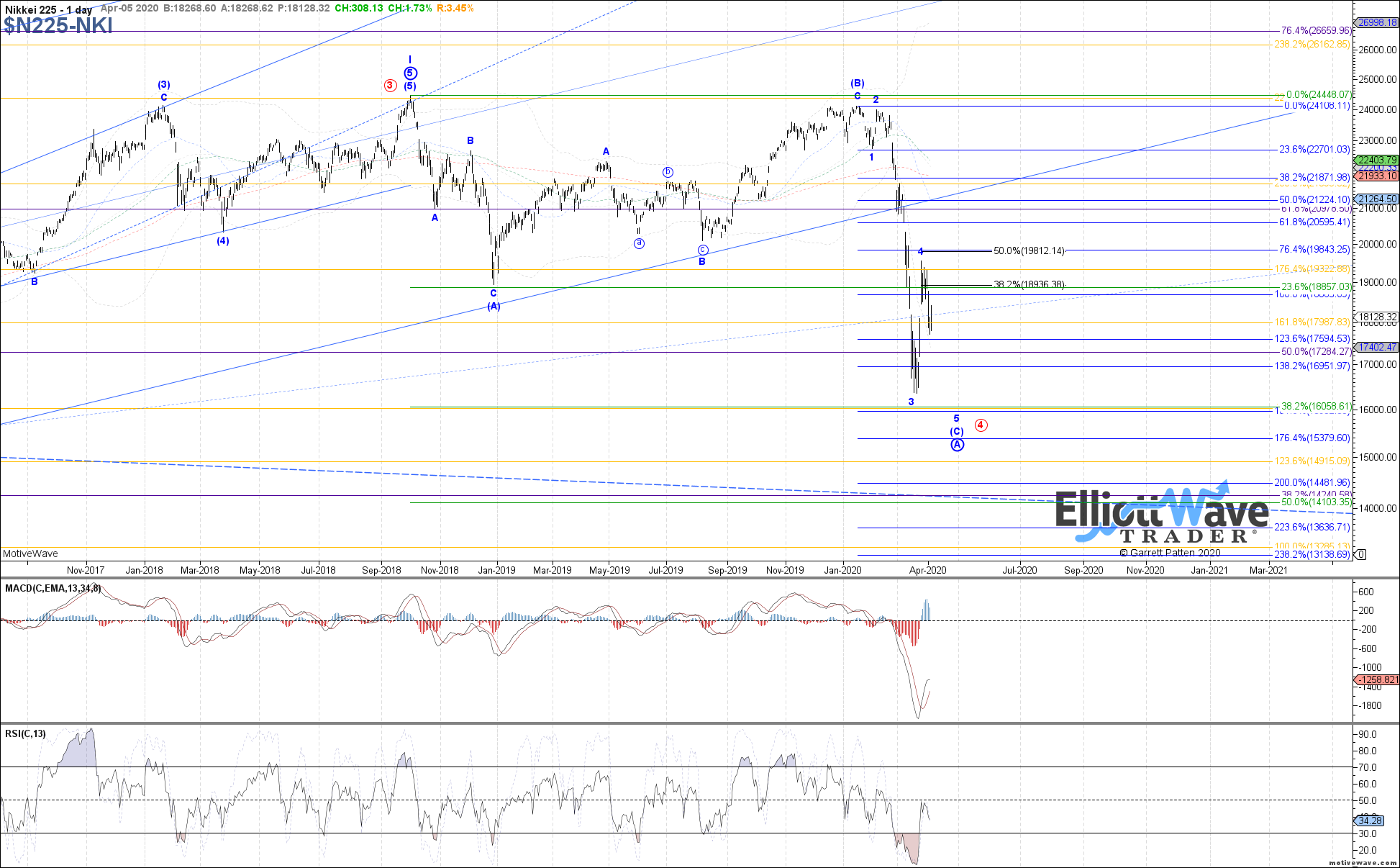 HSI: The Hang Seng consolidated mostly sideways last week, testing the upper end of support cited as the .382 retrace at last week’s low. Therefore, minimum expectations for blue wave b of 4 have been satisfied, and any break back above 24000 should place price in wave c of 4 heading up toward 25000+. Until then, there remains room for deeper in blue wave b of 4 if needed, with 22425 and 22115 as the next support levels below. 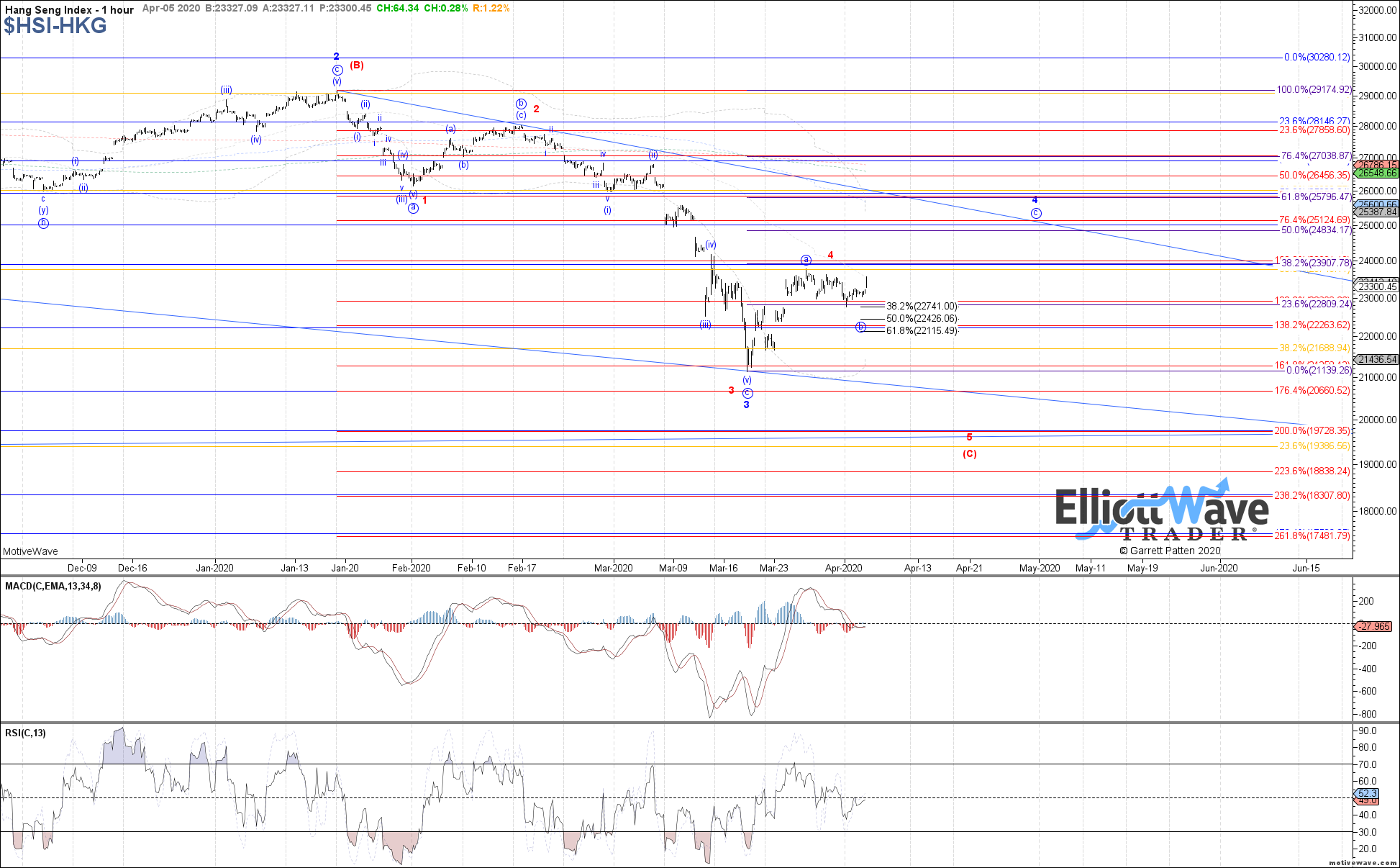 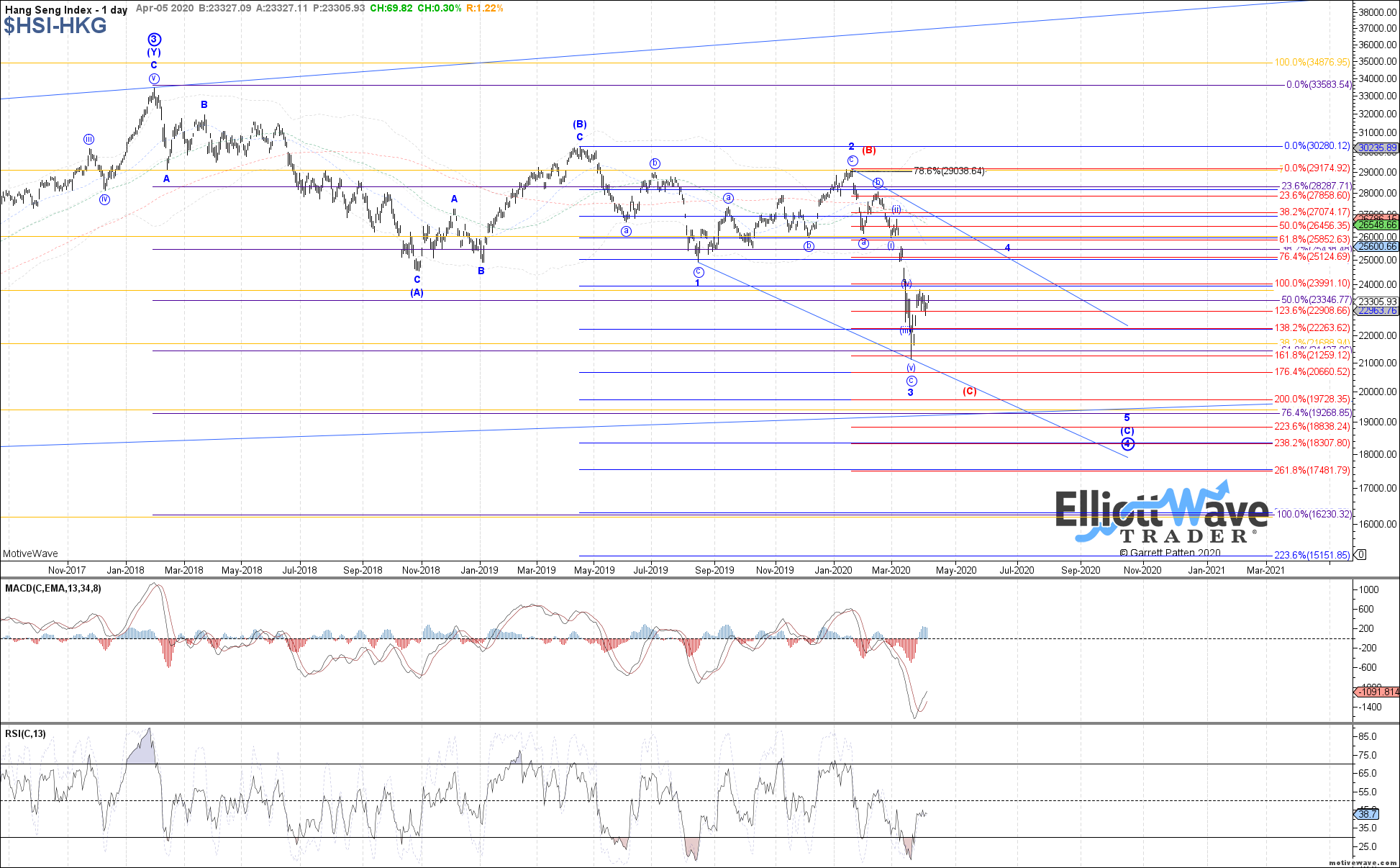 SSEC: The Shanghai Composite traded lower last week, so far still holding resistance cited for wave iv of C in red. As long as price remains below 2805, the potential for a (i)-(ii) start to red wave v remains valid, but price should really continue strongly lower again this week if that path is playing out. Otherwise, any break above 2805 invalidates the setup for immediate downside in red wave v and opens the door to heading up to the next resistance for blue wave ii between 2850 – 2905. 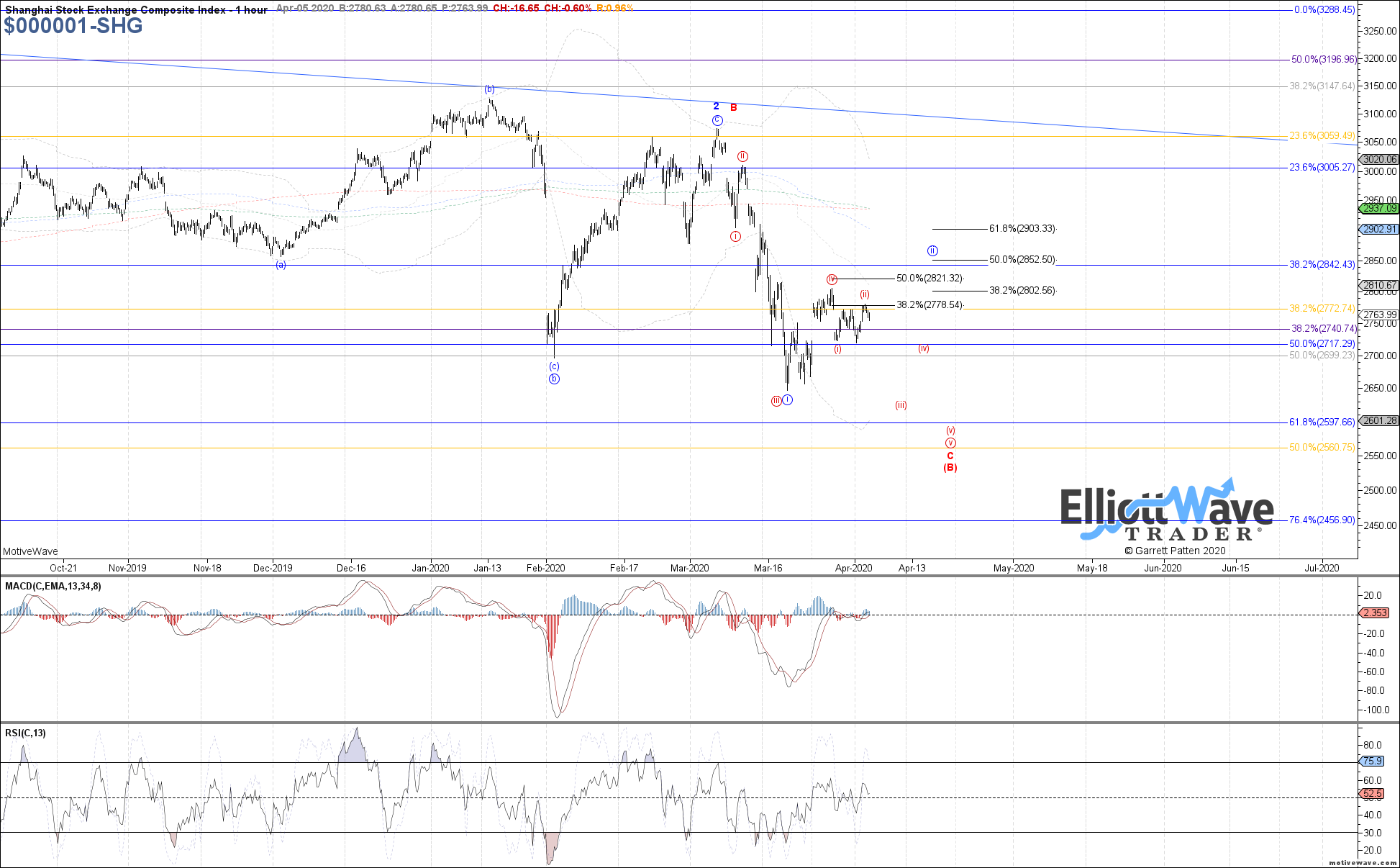 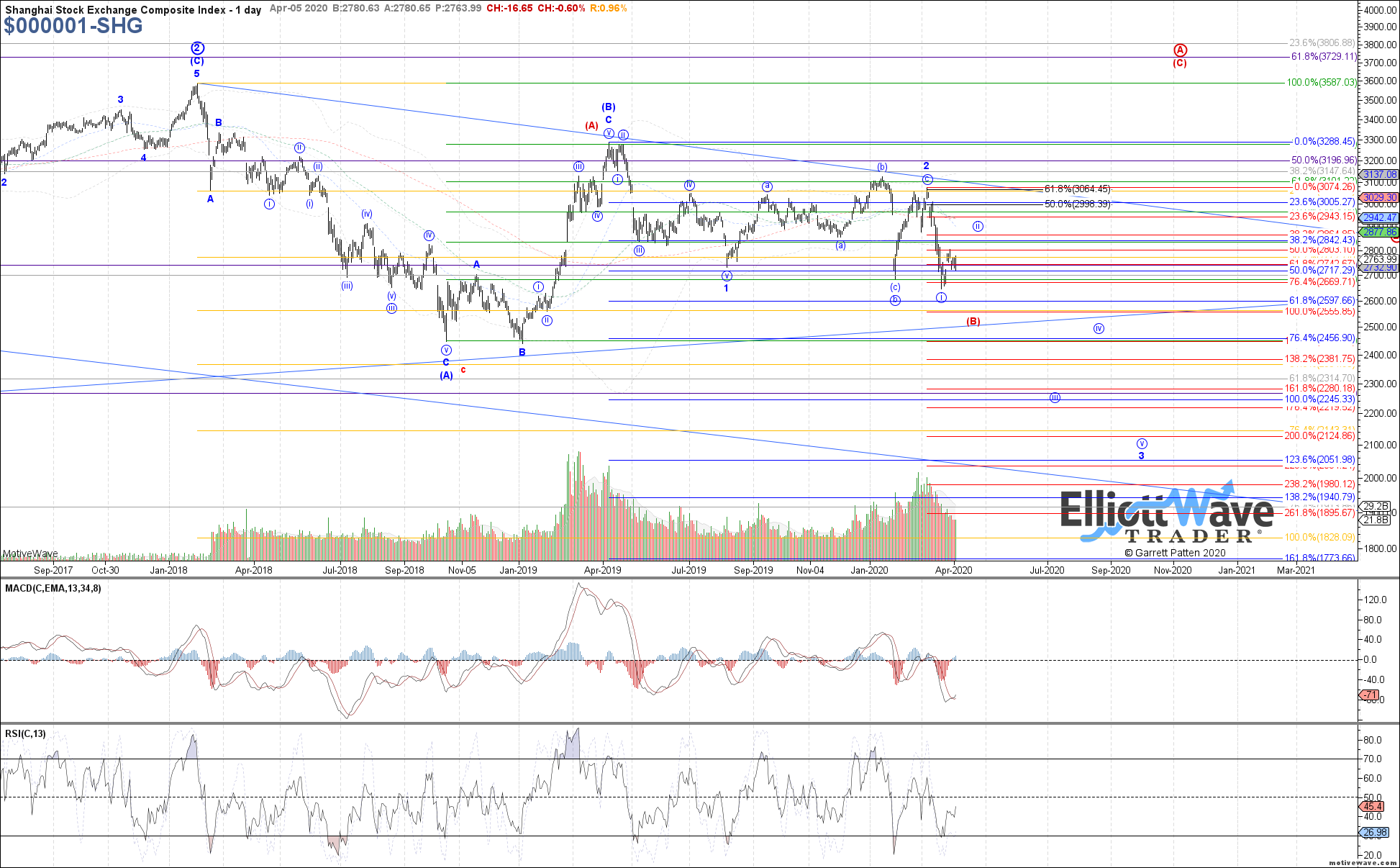 NIFTY: The Nifty continued to pull back last week as suggested, reaching the .618 retrace at last week’s low as potential support for blue wave 2. There is a little bit more room for more near-term downside in blue wave 2 if needed with 7815 as the next support, but below there begins to favor a new low needed as red wave 5. If support does hold here, then a turn back up above 8675 is the signal that blue wave 2 has likely completed, and price is heading higher in the start of wave 3. 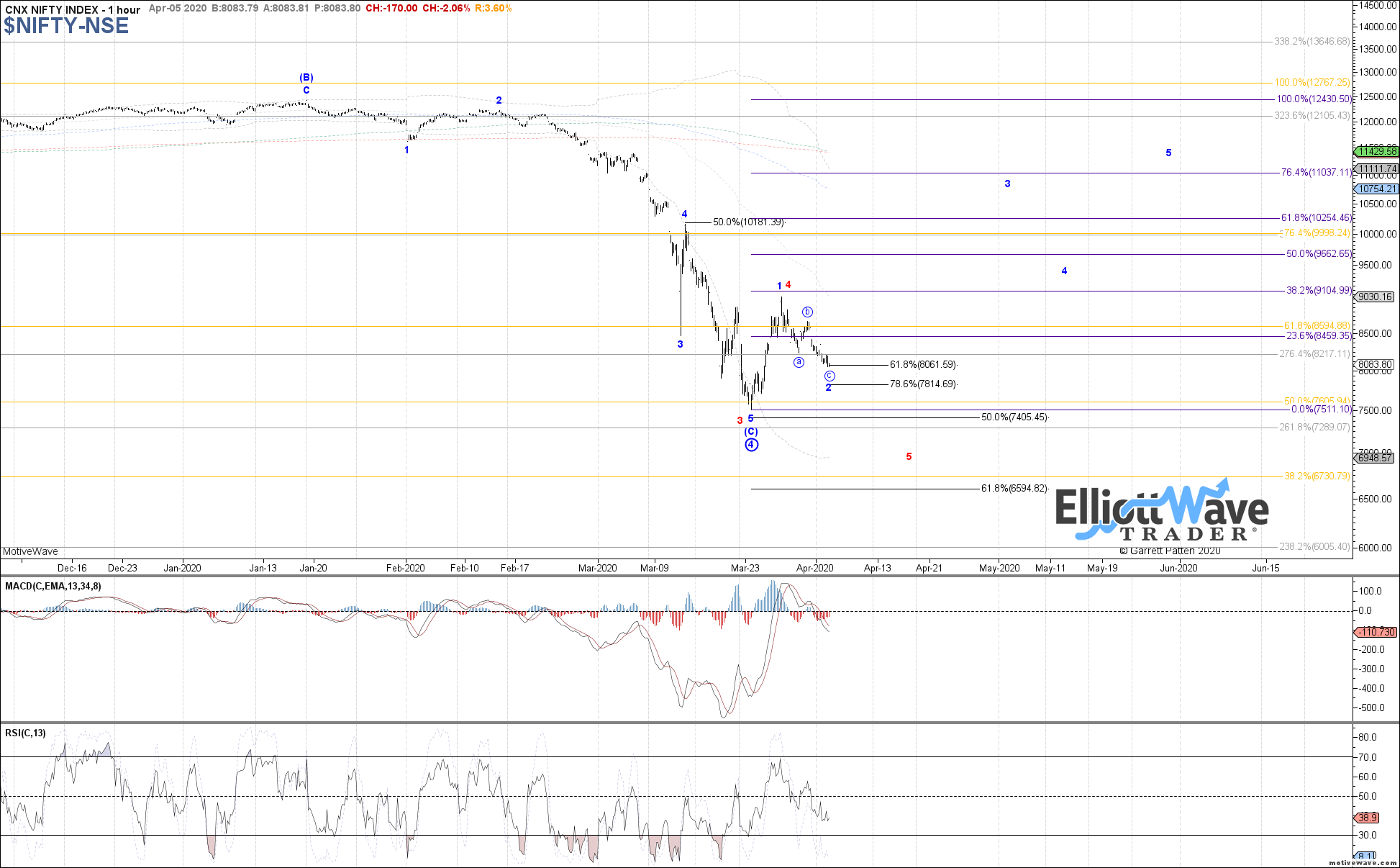 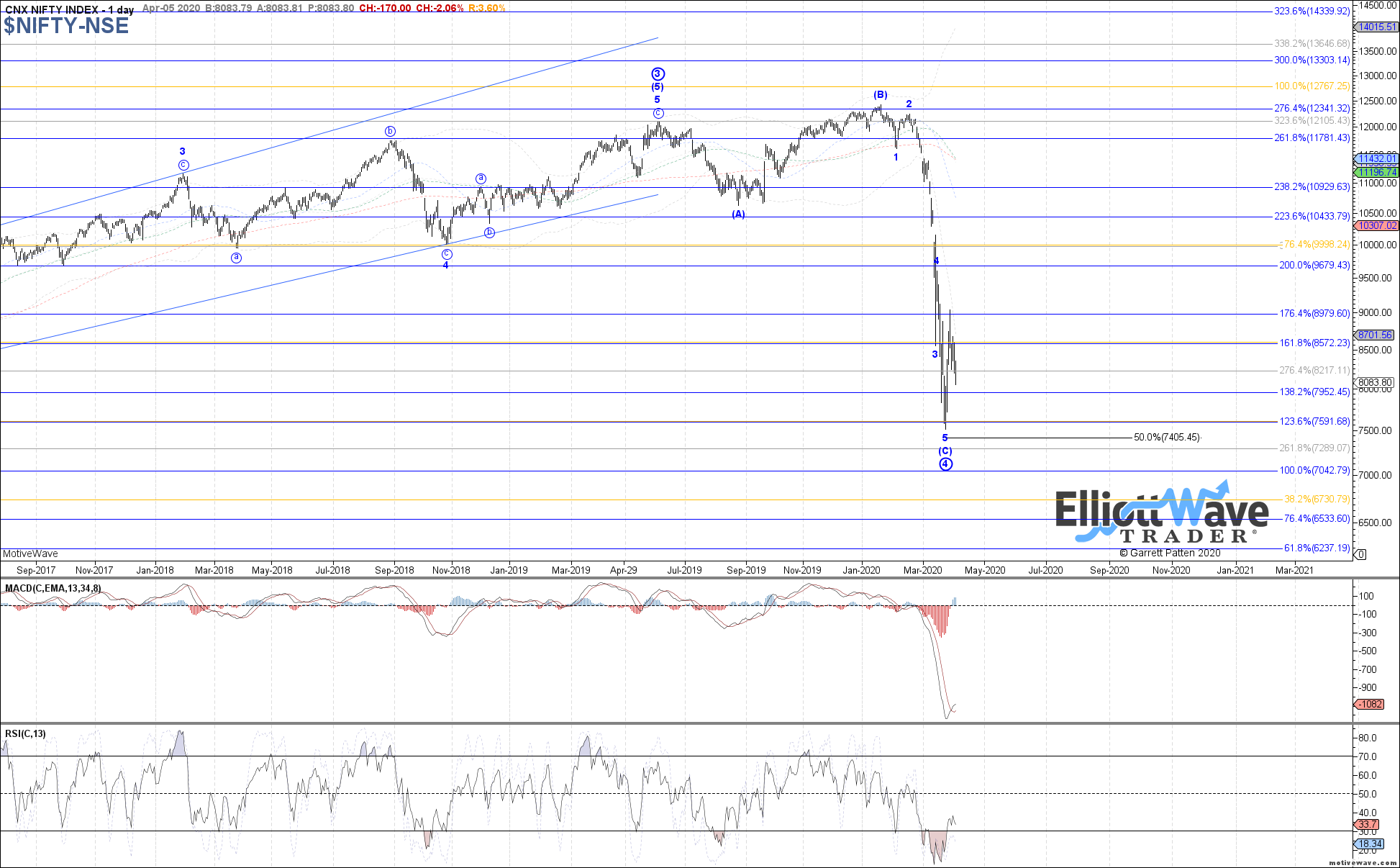 XJO: The ASX made a new local high at the beginning of last week, before holding a high level consolidation since. With the new local high seen last week, it looks even more convincing as a potential 5 up off the March low, supportive of a bottom already in place shown in blue. Even with a potential bottom in place though, there remains room for more near-term downside in a corrective pullback as blue wave 2, with 4975 – 4750 still as support below. Otherwise, a breakout above last week’s high opens the door to wave 2 already complete and wave 3 underway. 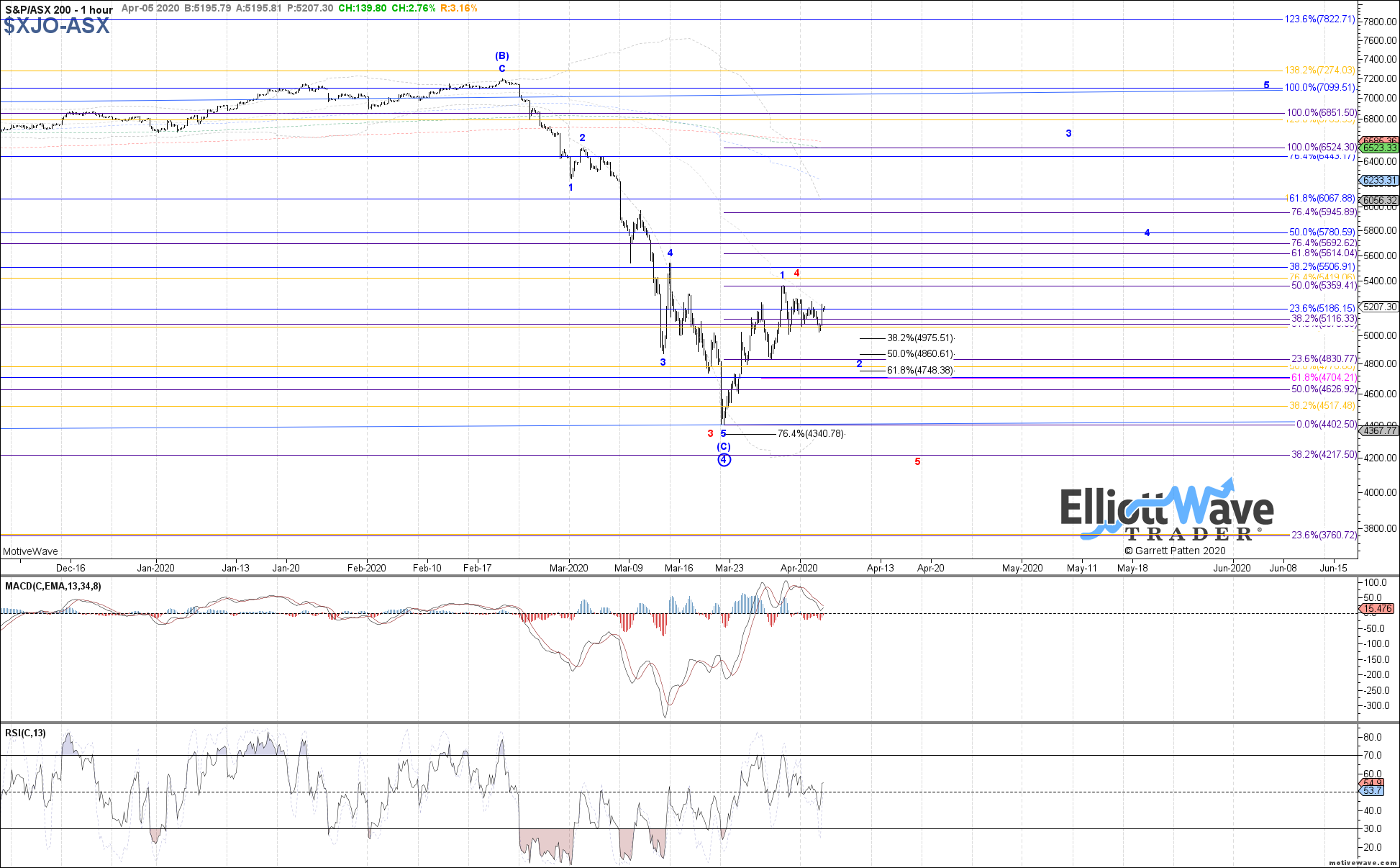 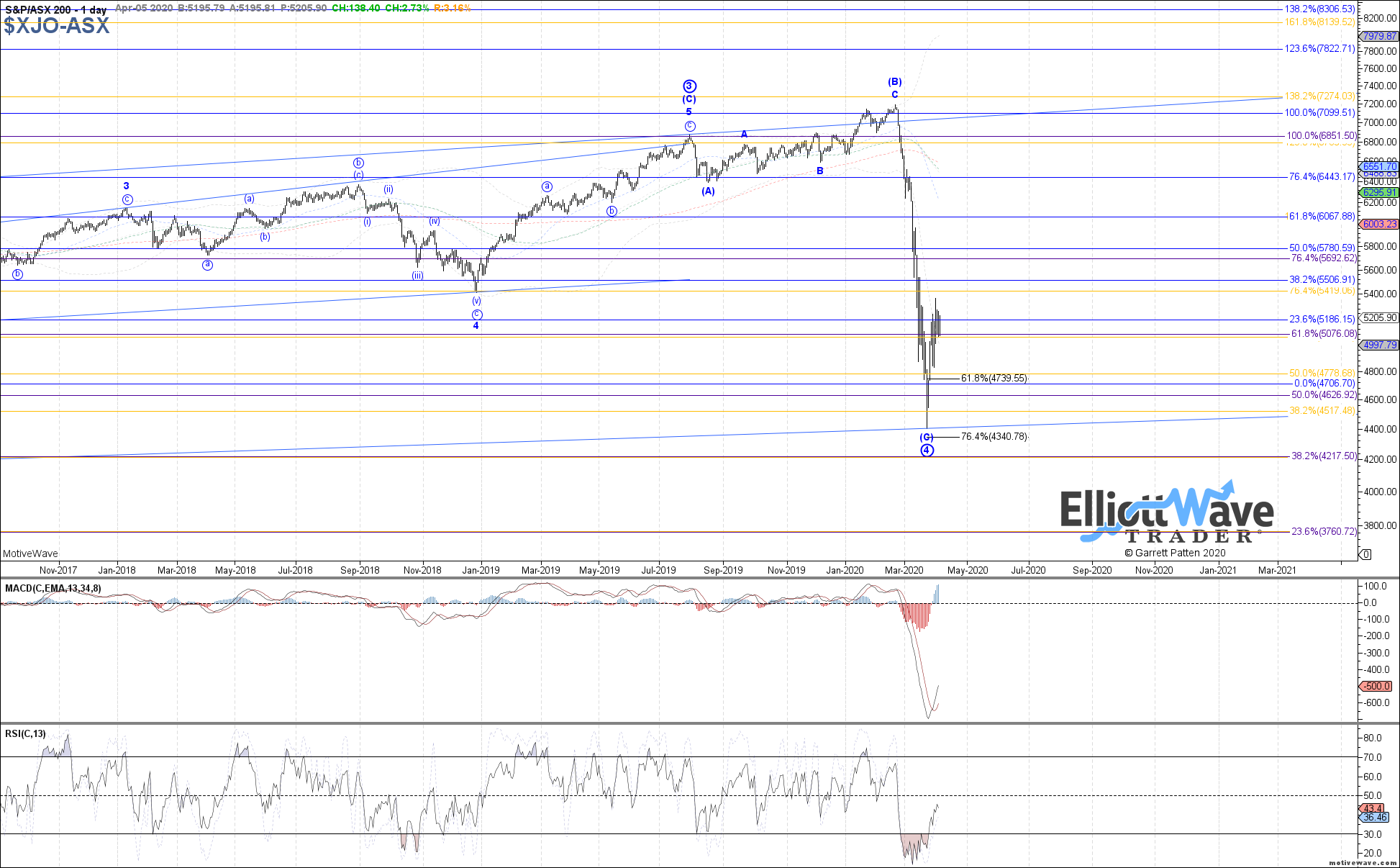